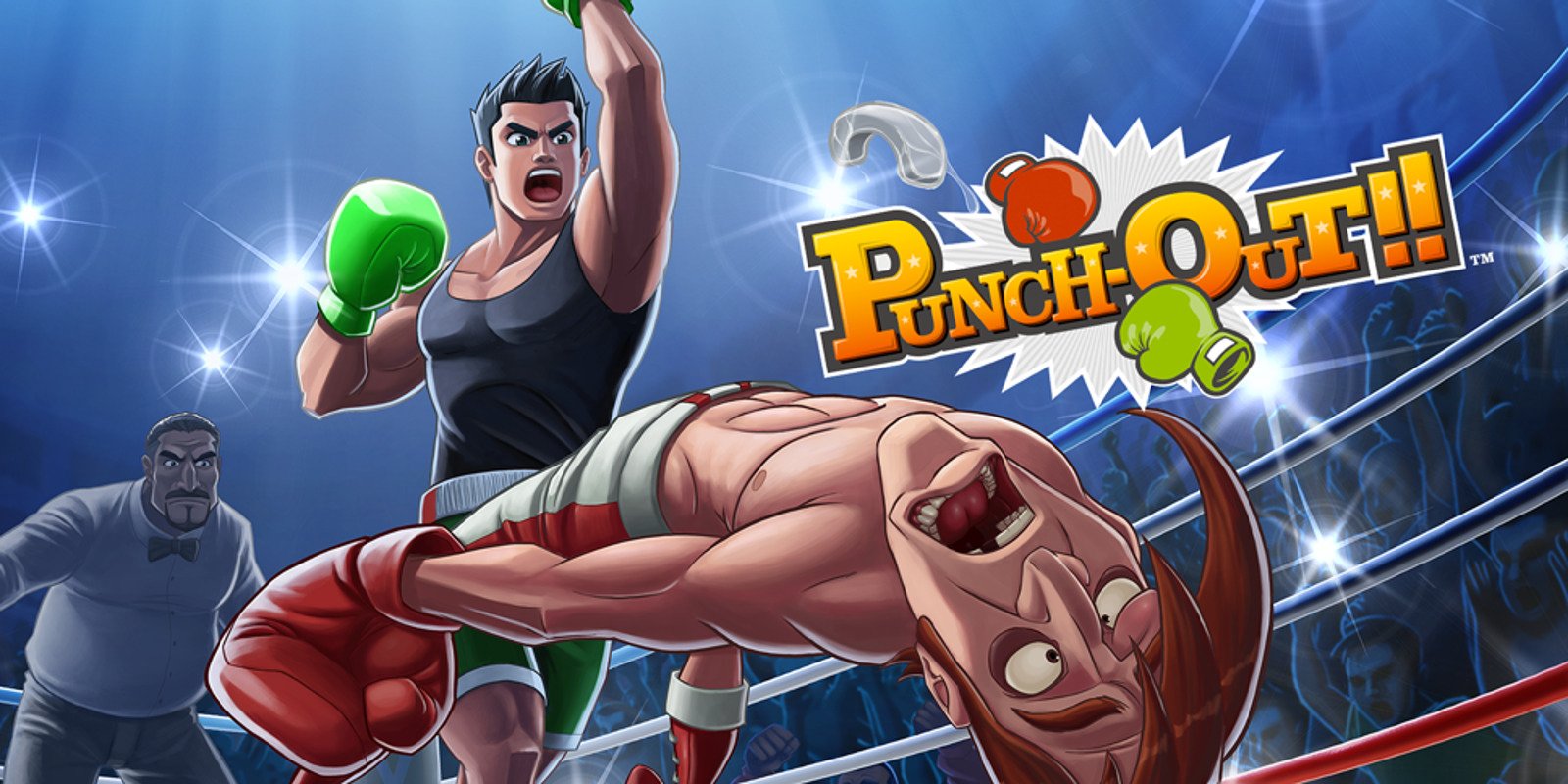 In the same way, Nintendo used the Nintendo 64 as a means of transitioning their 2D franchises into 3D, the Nintendo Wii served as an opportunity to changeover their existing properties’ control schemes over to motion controls. Of Nintendo’s major first-party franchises, The Legend of Zelda was the first to make the shift. Link’s sword was now directly tied to the Wiimote, a flick of the wrist is all it took to swing the blade of evil’s bane. Although Twilight Princess also featured motion-based aiming, it wouldn’t be until Metroid where Nintendo would design a game entirely around the concept. By this point, however, the concept of motion controls was no longer as novel, especially not when coupled with a first-person view.

By the time Super Mario Galaxy released just a few short months after Metroid Prime 3, the company had more or less abandoned an emphasis on motion controls. Motion controls still played a role in gameplay, but nowhere near as prominently as titles like Wii Sports once promised. To make matters all the worse, these staple console titles were designed in a way where the motion controls weren’t necessary. As evidenced by Twilight Princess’ GameCube release, this was a game that could be very well have been played with a traditional controller, a fact true for both Prime 3 and Galaxy.

It wouldn’t be until the very end of the Wii’s life-cycle with The Legend of Zelda: Skyward Sword where the company would finally bring out the latent potential of the console’s motion control capabilities, but the timing of said release along with the fact that the Wiimote needed a physical add-on to work as intended meant that Nintendo’s efforts were too little, too late. Or so history would lead one to believe. Amidst the myriad of broken promises and missed opportunities, Nintendo’s silent champion humbly sat in the corner, representing everything the Nintendo Wii could and should have done: Punch-Out!!

The third console entry in the franchise, and the fifth overall, 2009’s Punch-Out!! Brought Little Mac into the fray after a 15-year absence. Developed in collaboration between Next Level Games and Nintendo, Punch-Out!! was designed somewhere between a remake of the NES original and a proper follow-up to Super Punch-Out!! on the Super Nintendo. While the Wii reimagining does acknowledge previous entries, its overall gameplay is meant to be heavily reminiscent of Little Mac’s climb against Mike Tyson himself (and later Mr. Dream once the Tyson contract ran its course.)

From beginning with Glass Joe to only introducing two new boxers, the whole game caters to nostalgia. There is a familiarity to each and every circuit as Little Mac’s challengers have almost all played a role in previous games. Along with this, the gameplay is virtually 1:1 to its NES and SNES predecessors. Little Mac can hook, jab, duck, dodge, and pull off specialized punches when the time is right. As far as boxing goes, very little has changed in the 15-year gap. The core controls are as familiar as they get. Regardless of the controller.

Despite Twilight Princess, Metroid Prime 3, and Super Mario Galaxy all forcing players to run through with motion controls, Punch-Out!! offers audiences one of three choices: a traditional control scheme based off the NES classic’s controls; standard motion controls as expected of the Wii; and motion controls mixed in with the Wii Balance Board, incorporating a physicality to how Little Mac dodges. While offering multiple control schemes doesn’t seem all that impressive, the mere fact that Nintendo’s prior first party titles failed to do so makes Punch-Out!! seem all the more impressive in this regard. More importantly, each control scheme is designed to best make use of what the Nintendo Wii is capable of.

It isn’t so much that Next Level Games decided to throw in three control schemes on a whim, designing each one to be viable enough in their own rights. Rather, each method of play is valid and makes proper use of the Nintendo Wii, whether it be the motion sensor, its accessories, or just the standard Wiimote itself. Punch-Out!! thrives where Twilight Princess and Super Mario Galaxy failed because of how proudly it wore its status as a Wii title with more. Even then, its pride is an intelligent one. Motion controls play a role not out of mandate, but out of a clear desire to demonstrate what the Wii is capable of. In many respects, Punch-Out!!’s motion controls are more refined, or at least better implemented, than that of Skyward Sword.

It is equally as important to recognize the mere fact that Next Level Games thought to incorporate control scheme variety. While the Wiimote is always at the center of the action, motion controls aren’t necessary. This isn’t to say they aren’t well implemented, but not everyone has the stomach for motion controls. Video games are under no obligation to cater to all audiences, but there is nothing inherently wrong with them attempting to do so. Punch-Out!! caters to fans of motion controls who want more out of their Nintendo Wii while also catering to fans of the franchise who crave a more standard experience.

In turn, Punch-Out!! avoids the fate relegated to other Wii heavy titles. With the passing of time, the Wii’s motion controls will only lose their luster as a concept. A decade and a half after the console’s launch, the Wii isn’t nearly as fondly remembered as it may have been expected to be, in large part due to how motion controls dictated the library. At the same time, a first party game should make use of everything its console has to offer. What’s the point if it doesn’t?

It’s quite a paradoxical dilemma. A Wii game shouldn’t rely on motion controls too heavily or else it’ll not only date itself, but also alienate audiences; but a Wii game should also do everything its power to justify its existence on the Nintendo Wii. It is, however, very important to recognize that the Nintendo Wii’s legacy is more than just motion controls. While the Wiimote is at the center of the console, the Wii’s library is expansive enough where it had its fair share of traditionally controlled video games; and rather good ones at that. 2009 may have been a bit early to see this trend in action, but it’s one that helps Punch-Out!! cater to the console on a whole in a way other first-person Nintendo titles can’t.

By simply offering controller variety Punch-Out!! better represents the Wii better than any other title Nintendo released during its generation. The motion controls may not feature aiming or overt movements, but they are carefully integrated. The nunchuck works as Little Mac’s left fist while the Wiimote serves as the right. Jabs and blows are based off button presses designed to be as comfortable as possible while keeping the motion in play. Throw in the balance board and Punch-Out!! makes players “feel” like Little Mac in a way not even Skyward Sword could make players “feel” like Link.

Nintendo’s primary objective with motion controls was always to create a deeper sense of immersion with gaming. The Wii was meant to bridge yet another gap between control and play. While such a feat seems almost silly in an era where virtual reality is on the rise, Punch-Out!! shows that Nintendo’s desires were neither fruitless or misguided. More often than not, first-party Wii titles relied on gimmicks above all else, but every now and then, fans got a Punch-Out!!

That’s the thing, though. While Punch-Out!! makes great use of motion controls, Next Level Games also knew that the franchise had a tried and true control scheme in play since the beginning. Hence controller variety. There seems to be an idea in the gaming medium where innovation means abandoning pre-established concepts in the pursuit of novelty, but Punch-Out!! shows that innovation and familiarity can coexist rather peacefully. In every sense, as well. The motion controls are an accurate representation of the traditional control scheme without outright replacing them.

In the same way 2D gaming can exist alongside 3D gaming, so can motion controls alongside traditional control schemes. Punch-Out!! is a game representative of the Nintendo Wii’s best qualities. It may not exactly salvage the Wii’s waning reputation in recent years, or reveal that Nintendo was right to pursue motion controls with such fervor in hindsight, but it living proof that risks can be taken without major compromises. Ten years on, Punch-Out!! remains one of the Nintendo Wii’s finest titles.