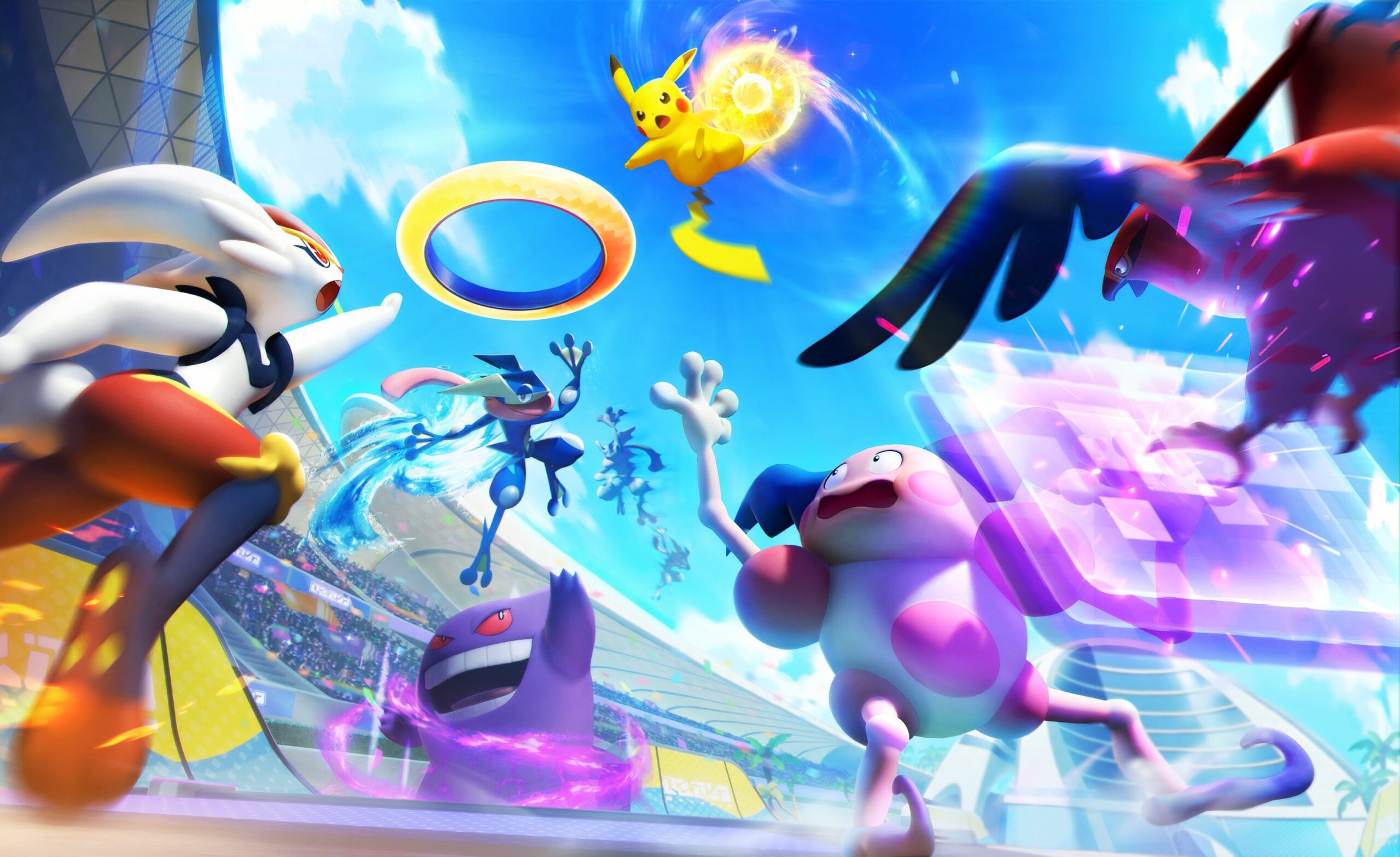 Multiplayer online battle arena games have always been overwhelming but enticing. They offer a strategic hangout space for teams of friends, yet the genre is not relatively easy to pick up and play for beginners. MOBAs tend to focus on providing gameplay with layers upon layers of complexity that take patience and understanding to grasp. Of course, leave it to The Pokémon Company to help provide a solid experience that targets both newcomers and veterans alike. Under Tencent’s growing joint in the space, Pokémon Unite is one of the very few MOBA games that thrive in both introductory and complexity.

However, being a title under one of the mobile market’s largest tech conglomerates, the latest game featuring Japan’s biggest creature catching phenomenon was bound to come with issues. Pokémon Unite’s great gameplay is upsettingly interlocked in battle with predatory monetization practices. The result is a game with a rather admirable foundation that can be considered an accessible starting point for new MOBA players, yet it is also being dragged down by its higher-ups. The wonderful experience it offers comes under fire when catering to an optional power-hungry lure for potential control over the battlefield.

Pokémon Unite may have a story, but it was clearly implemented as an afterthought. Its characters were merely invented to help guide players through a tutorial with friendly-looking faces. Unite takes place in the new Aeos Islands region where a Pokémon professor named Phorus and her assistants are studying the properties of Aeos Energy, a power source that can devolve and evolve species. Outside of the tutorial section of the game, Pokémon Unite rarely acknowledges its original cast again as the game puts all its spotlight on gameplay and sidelines its human characters as tipsters and shop owners — and that is absolutely for the better.

Providing quick in and out five to ten-minute matches, Pokémon Unite’s gameplay is meant to be confronted in short increments rather than massive runtimes. Players choose the Pokémon they would like to play as before readying up and jumping right into the arena. The goal of each match is to work together with two or four other players to score goals in a basketball-esque type game by battling and catching Pokémon. Every time the player defeats a wild CPU Pokémon, they automatically capture them. However, each species has a different capture value — some Pokémon are worth two points, while others can be worth five or even ten.

Between all the chaos of capturing as many wild Pokémon as possible, players are out to gain experience to evolve their character and gain new moves while also fighting the enemy team and defending their goalposts. Pokémon Unite delicately balances its MOBA mechanics by providing a battlefield with multiple objectives to take note of. The game often feels like a team effort with a hodgepodge of reasonable responsibilities — as it should — though it never manages to be overwhelming. It sticks to a simple control scheme and line of objectives for every match, yet it always remains entertaining and dances on variety depending on how players head into battle.

While on the surface you could potentially just jump into a match with your favorite Pokémon, the game still adheres to the complexity standards of other MOBA titles at all times. Each Pokémon in Unite is easy to use, but each one comes with its own unique quirks as they range in different roles. While a Pokémon like Pikachu might be a quick in-and-out attacker, a Pokémon like Snorlax takes on a defender role. Players always have to remain cautious of who they choose before starting as they should attempt to help each other build a balanced team that can multitask offense and defense. The variety of characters and playstyles is welcoming and will surely be where the future of the title will thrive.

The only aspect of the gameplay that feels hampered is the utilization of held items, however, which ultimately ties into the monetization side of the title. Like in the mainline Pokémon games, held items add special attributes to your creatures that can range in strategic purpose. While the addition of held items in Unite is faithful to the core Pokémon experience, the fact that they can be upgraded for more power is not. Maximized held items can offer a massive disadvantage to inexperienced and new players as they often create unfair fights to victory. They can be a massive disturbance to the arena as one player can easily turn the entire odds of a game due to attack power or healing differences. While some characters certainly show more power than others, held items are certainly in need of a balancing patch as they lack almost no setbacks whatsoever and cater to a pay-to-win atmosphere.

On top of its entertaining gameplay, the developers have made Pokémon Unite with the intention of providing something faithful to the franchise it pulls from. From every angle, the game is blooming with passion towards its source material. Not only does the game’s art style look appealing, but its characters use their own animations that give them personality. Whether it is the use of moves like Vine Whip and Shadow Ball or just the way a Pokémon walks such as Bulbasaur with his frog hops, the game evidently shows players that it is not out to be a blatant cash-in on the franchise. Pokémon Unite does not feel like a MOBA with a lackluster paint job. It is constantly adapting the Pokémon world by utilizing its creatures’ famous characteristics, items, and well-known moves.

Speaking of cashing in, though, Tencent’s predatory scheme does not even begin with those aforementioned held item upgrades. The downer monetization really begins to flaunt itself within the user interface before players have the chance to enter their first match. While the in-game heads-up display is fantastic, the user interface on the base menus is a scramble of decisions and paywalls that is rather irritating. While the main menu looks like something akin to Fortnite or Fall Guys, there are so many submenus hidden within what is seemingly only a few button prompts due to there being multiple currencies and those layers of loadout complexity found within MOBAs.

For a game that is such a friendly experience for entering the genre of MOBAs, Pokémon Unite’s menus and monetization practices are the complete polar opposite of its gameplay’s goal. Almost every single screen on its menu is urging players to give in and pay for rewards that are either meaningless or direct routes to victory. While cosmetics are completely dismissable and quite literally pointless during gameplay as they do not even show up, unlocking characters and upgrading items is not. The game has three separate currencies that all intertwine into one confusing scheme that can be quite difficult to understand at first glance.

Backpedaling to those pay-to-win mentions, Pokémon Unite can really suffer from players who are willing to dump in above $50 to upgrade their selection of held items. While you can pay up for instant access to cosmetics and characters, they are obtainable just by playing the game and doing the daily objectives. The climb to obtaining maximized held items is long and steep. Considering they can be the game-changing aspect of a match, the ability to buy held items and instantly reach their highest potential can instantly break the game. When taking into account the free currency weekly caps, it is no surprise why players would call Pokémon Unite pay-to-win when looking at its current situation with progression.

Pokémon Unite may struggle under Tencent’s current practices of monetization in the mobile space, but at its core, there is a highly entertaining and welcoming experience to be found with its genre. It is certainly not the most complicated MOBA on the market, but its simplicity is well in line with the mainline Pokémon games’ leading idea of having digestible gameplay that is challenging and satisfying to master. Tencent has on its hands another potential hit if it can continue to accommodate fan requests to fix its pay-to-win aspects and adjust some of the game’s technical issues in terms of its user interface.

Pokémon Unite has built itself a strong foundation that can (and hopefully will) only head upwards. If another coat of polish is applied, the game could flourish with customers who are clearly upset with Tencent’s predatory scheme that only a fool would fall headfirst into. As content for the game continues to be announced, the best it can possibly do is fix the fan complaints and continue to add new characters, maps, and cosmetics that will keep players checking in. Perhaps in less than a year from now, Pokémon Unite will be at the top of its game standing alongside some of the franchise’s other long-term mobile successes. Only time will tell whether Pokémon Unite will thrive or faint rapidly from its changes.