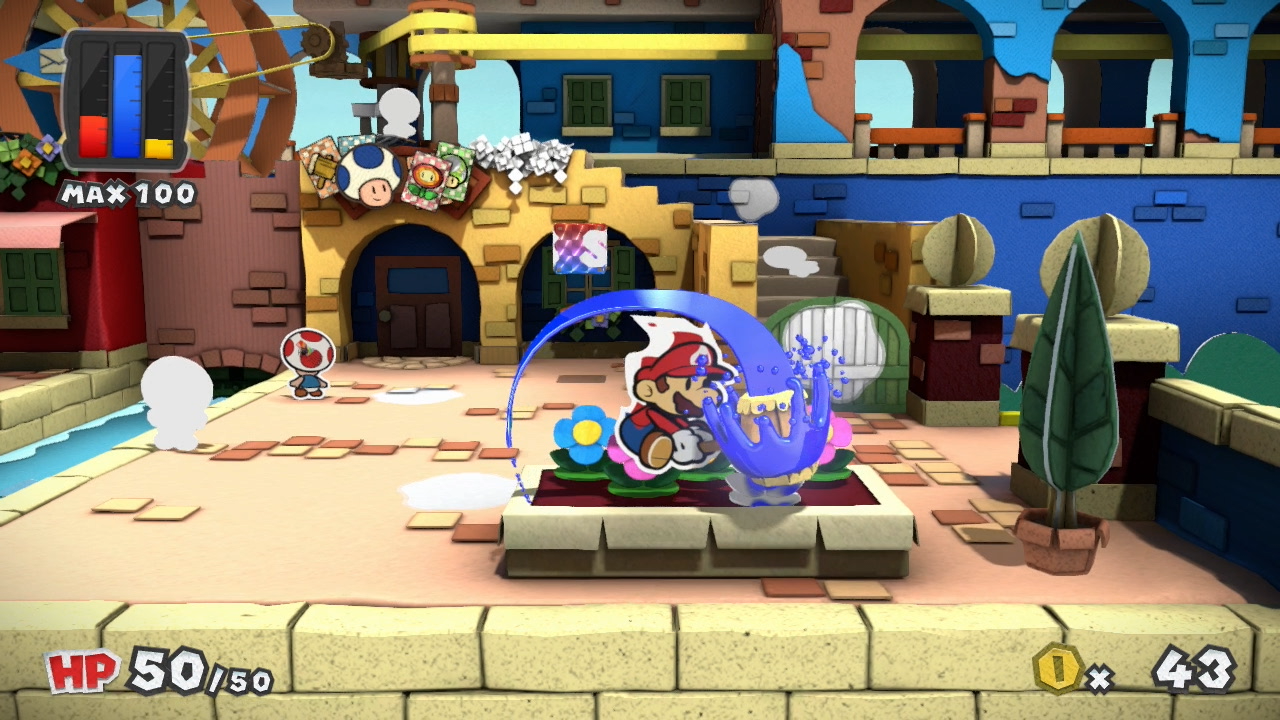 In the most recent Nintendo Direct presentation, Paper Mario: Color Splash was unveiled as an upcoming title for the Wii U this year. The fifth title in the series since its beginnings on the Nintendo 64 in 2001, Color Splash appears to be the aesthetic lovechild of Paper Mario and Splatoon, meshing colorful sticker-book imagery with vibrant splashes of paint. The graphics showcased in its initial debut are very promising, bringing Paper Mario to high definition for the first time ever, with no jaggies to be found. The accompanying soundtrack also sounds pretty delightful, with a lively bounce that sounds right at home in an adventure game.

While the game is certainly sweet on the eyes and ears, to quote Bill Trinen in the trailer: “…something is very wrong.” Let it be known that I don’t believe in fully judging a game before ample information is provided. However, I’m definitely open to making constructive criticisms based on what’s been seen already. As a fan of the original Paper Mario for N64, and somebody who played Sticker Star for 3DS, I find myself feeling less excited than I should be for Paper Mario’s first romp on the Wii U.

My first experience with Paper Mario was through the Wii Virtual Console, as I never had the original cartridge back in the day. The game is bursting at the seams with unique charm and wit, and it manages to instill a sense of ambition and curiosity in the player; once I picked up Paper Mario, I didn’t want to stop playing. I found myself engrossed by the characters Mario could befriend and work with as partners, each one an interesting spin on classic side characters from the Super Mario series. The classic RPG elements of gaining EXP, leveling up and utilizing characters’ special moves felt right at home in the game’s universe. Speaking of the game’s universe, it was loaded with tons of different NPCs with unique appearances, personalities, and roles that really made you feel like you were interacting with something special. 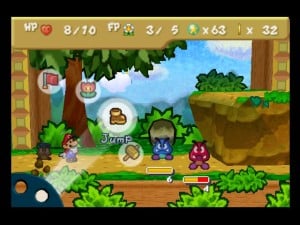 Traditional RPG elements and quirky characters made this game a winner.

–And then in 2012, there came Paper Mario: Sticker Star for the 3DS. While not a horrible game by any means, most agree that Sticker Star is the weakest entry in the Paper Mario series. It discarded the open-world element utilized in the original and Thousand-Year Door in favor of a New Super Mario Bros-esque world map.

RPGs are supposed to encourage exploration. Worlds maps are the definition of linear gameplay.

The party member dynamic was also scrapped to make room for a different battle mechanic involving stickers; players collected stickers throughout levels and used them in battle. Once a sticker was used, it was gone, and you had to go get more if you wanted to use that move again. Sure, there was a little novelty in collecting all the stickers to keep in your little scrapbook, but it hindered gameplay more than it tried to help. The lack of unique party members made the game feel less unique than previous installments; would you rather use a bridge sticker to cross a gap, or have a Lakitu buddy lift you over using his cloud? I’d certainly prefer the latter.

Various NPCs in the original Paper Mario, as well as The Thousand Year Door, had unique designs that differentiated them from the characters they were based on. This made them more memorable and accentuated their character quirks. 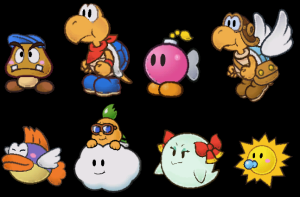 Most of them are based on traditional Mario characters, but look and act differently.

Sticker Star, once again taking a more simplified New Super Mario Bros-esque route, ditched this and made pretty much all of the NPCs into Toads, who all look the same, aside from having different colored spots or vests. To some it means nothing, but to those who loved the different characters of previous games, it felt like a slap to the face. It’s a bit hard to become attached to Blue Toad #23 as opposed to characters like Goombella and Kooper. I bought Sticker Star, and unfortunately I got bored with it about a third of the way through the game. It just didn’t have the same appeal that the original Paper Mario had, keeping me locked on the screen until I finally got to those ending credits.

Now, concerning Paper Mario: Color Splash, many of the things that deterred me from Sticker Star appear to be making a comeback. Once again, party members seem to be absent from the game, instead replaced by a companion for Mario that reflects the gimmick surrounding the title; Sticker Star had Kersti, a floating sticker thing, and Color Splash appears to feature… a paint bucket. Literally just a paint bucket with eyes. 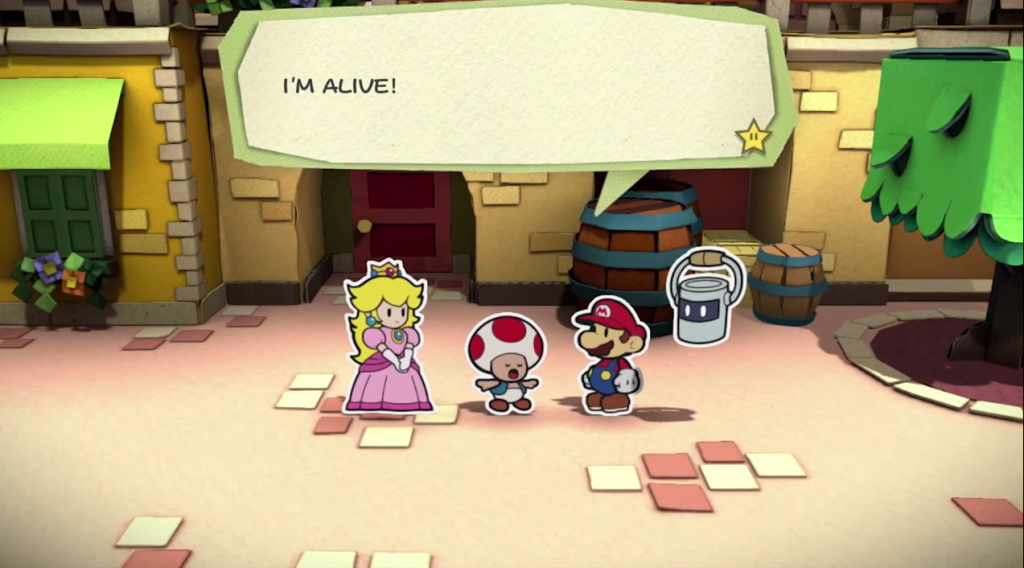 It has no mouth, and it must scream.

The world map is also returning, reassuring us all that this installment in the series will probably be just as linear as the previous one. I mean, who wants to freely explore the world within an RPG, right? What kind of radical concept is that? 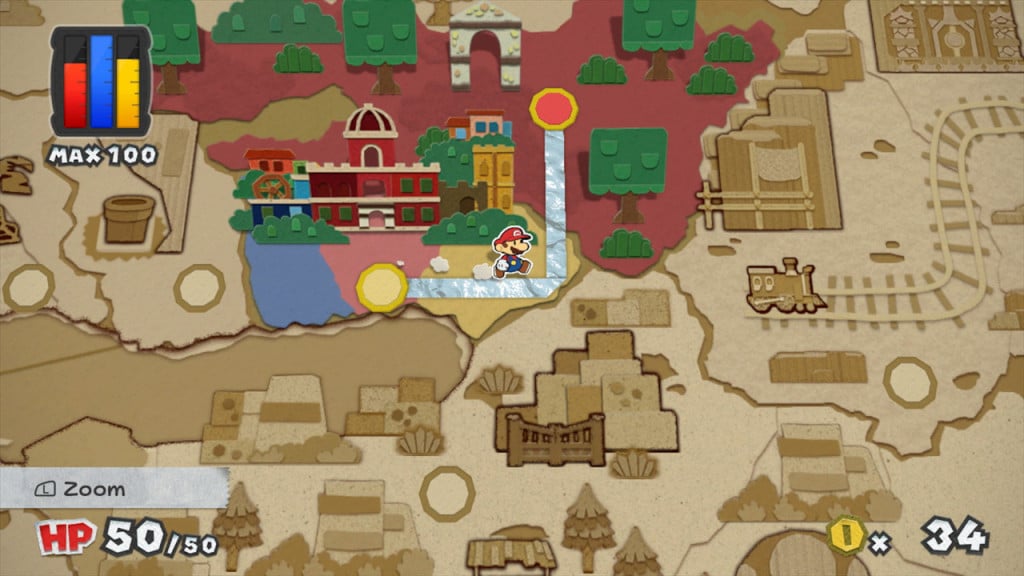 Part of the fun in an RPG stems from the sense of freedom the player is given.

Were you hoping that unique characters might be returning this time around, rather than basic Toads? Well, do I have news for you! 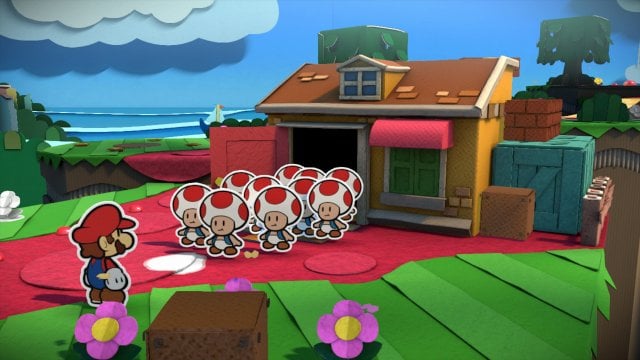 Did you maybe want the series to go back to its traditional RPG combat roots, utilizing special moves and attack points rather than gimmicky collectible stickers? From the looks of things, they’ve simply been rebranded as cards.

Of course, while it’s still too early to completely judge Color Splash based on its initial reveal trailer, these few things alone give plausible reasons to be concerned. Many Paper Mario fans are yearning for something to scratch the itch that Thousand-Year Door and Super Paper Mario scratched many years ago, providing lovable new characters, memorable stories, and fun gameplay. Nintendo appears to be dumbing the series down as of late, making it more accessible for younger audiences. While that audience is certainly one that Nintendo should pay attention to, we just wish the result wouldn’t affect one of our most beloved RPG series. What do you think? Will Color Splash follow in the footsteps of Sticker Star, or is Nintendo still hiding something up their sleeves?