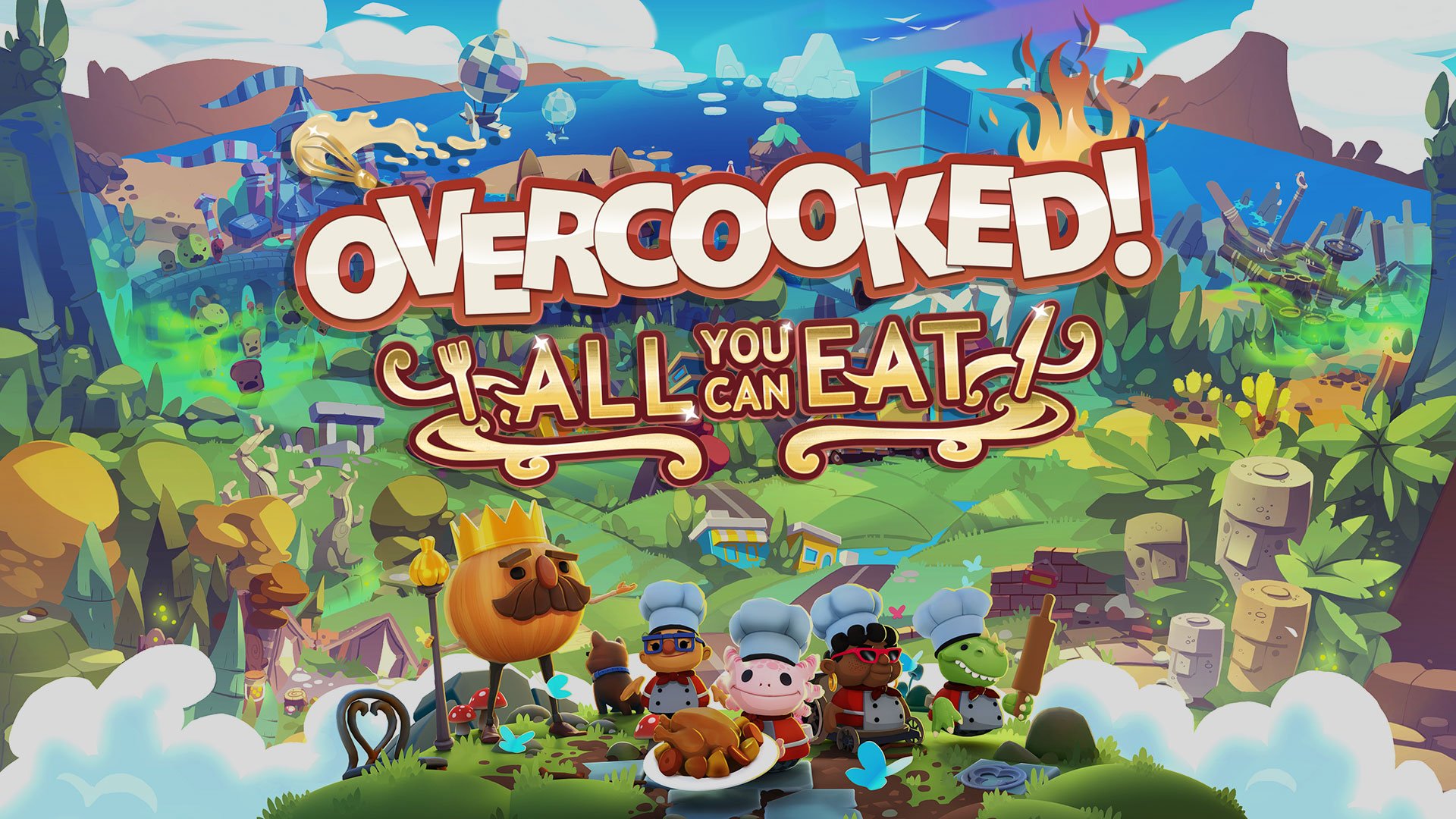 In any discussion about couch co-op games, the conversation will inevitably turn towards Overcooked! or its sequel, Overcooked! 2. Though the series is often semi-jokingly called a friendship killer or relationship destroyer, developer Ghost Town Games has created an undeniable classic. In its recently-released definitive edition, Overcooked! All You Can Eat serves up the best Overcooked! experience possible, replete with tantalizing extras and sumptuous upgrades. For anyone who has hemmed and hawed whether or not to play the Overcooked! series, All You Can Eat is a perfectly-composed dish that needs no additional seasoning. Perfect for players new to video games and groups who want a challenging multiplayer experience, Overcooked! All You Can Eat nails the excitement, panic, stress, and triumph of working behind the line in a busy restaurant.

Overcooked! is a juggernaut, and Overcooked! 2 is a more than competent follow-up to its perfectly baked predecessor. But with All You Can Eat, players who missed out on these excellent multiplayer-focused games are in for a treat. As the world approaches the one-year anniversary of the COVID-19 pandemic, multiplayer games that are easily accessible have proven their value. All You Can Eat is more than a sampler platter; by bundling two games and some fantastic extras, it’s a full-on meal that will be savored for a long time.

Back in 2016, Overcooked! ushered in a new era of couch co-op. The mechanics are immediately intuitive: players work collaboratively to prep food, cook it, plate it, and send it out to customers. Everything about the gameplay is deviously designed to engender panic. As George Orwell writes in the fantastic Down and Out in Paris and London, “It is not the cooking that is so difficult, but the doing everything to time.” Whether the player is shredding cheese or slicing mushrooms, the action is as simple as holding down a button. Every stage has a star rating that decreases as orders are messed up or delayed, and as players get “in the weeds” trying to prep, plate, and deliver their food, the stress and tension build. It’s fun and frantic, and Overcooked! is fully deserving of the awards it was nominated for and earned on the year of its release. While it is playable with just one player (by giving players longer ticket times and fewer overall orders to prepare, as well as letting players do a hot-button swap between chefs), Overcooked! truly shines as a multiplayer game. Passing a stage is only possible with competent teamwork, and the elusive three-star ratings can only be achieved with the coordination of a professional expeditor.

2018’s Overcooked! 2 may not have reinvented the wheel, but is still an incredibly strong sequel. While the first game focused on timing and coordination, the sequel adds in an extra dose of frenetic energy by letting players chuck ingredients across any given stage. Instead of placing food on a countertop and letting their teammate pick it up, one player can fling an object to the other side of a level. It’s just the right escalation of mechanics, and combined with the seemingly endless variety of stages and recipes, Overcooked! 2 is a logical next step.

The series has inspired a genre of collaborative co-op games, some even published by Team17, like Moving Out. But Overcooked! and Overcooked! 2 did it first and did it best. There is something profoundly wonderful about the series’ easy-to-learn, tough-to-master mechanics. The escalation of what is expected of the player in later stages can be daunting, as pots and pans float in pools of lava or cutting boards slide around the rolling deck of a pirate ship. But through it all, the diverse cast of chefs (charmingly animated and surprisingly inclusive, with a wheelchair-bound owl striking a chord) presses onward to serve as many meals possible in the short running time of each level.

Overcooked! All You Can Eat packs these two fantastic games together for players to gorge themselves on, but also slides in accessibility options for newbies. The core gameplay still emphasizes the chaos of working in the back of the house, but there are options to adjust the timer to make the game a little more beginner-friendly. For people who simply want to jump from one level to the next without passing the stage first, that’s on the table as well. While mastering each stage is its own reward, there are those who just want to see what the developers have cooked up next. The novelty on display throughout every stage of All You Can Eat is extremely impressive and any option that lets players see some of the more obscure late-game challenges is genuinely very cool.

All You Can Eat benefits from the enhanced power of the PlayStation 5 and Xbox Series X/S as well. Load times are nonexistent, and the enhanced visuals are truly stunning. The cartoony aesthetic lends itself particularly well to 4K. There’s no uncanny valley to grapple with here, just the glory of a beautifully-rendered Swedish Chef chopping tomatoes and washing dishes, never bogging down the 60fps framerate no matter how many dishes are burning on the stovetop.

The Perfect Time To Dig In

It might seem redundant to write about Overcooked! more than four years after its release. But All You Can Eat has come at the perfect time. Holidays have wound down, but people are still stuck at home or trying to fill time on their breaks from school. Maybe they’ve tired of big-budget, AAA-style bombast and want to feel connected with another person in a real way. All You Can Eat, strange as it may seem, is a perfect launch title for the latest and greatest console generation. While many are looking to be wowed by jaw-dropping visuals or revolutionary gameplay mechanics, Overcooked! and its extras remind us that couch co-op never goes out of style. Playing this collection with other real, live humans is unlike any other experience in gaming. Team17 has even promised cross-platform multiplayer at some point, which would be a tremendous boon for the lifespan of this collection.