I’m jumping into Overcooked 2 as an entirely new player. Luckily, I was able to pick this game up and play it in its entirety with my partner, who had no experience with Overcooked either. Though I had never played the original, I had my worries that by the end, we would be at each other’s throats or worse, broken up due to our competitive nature and back-seat-gaming habits.

Ever since the first game was released, I heard Overcooked was amazing, but also a friendship killer. During the course of Overcooked 2, I am pleased to say that I came out, in the end, feeling better and stronger about our teamwork ability, which I believe is a testament to Overcooked 2’s design and the execution of its mechanics. 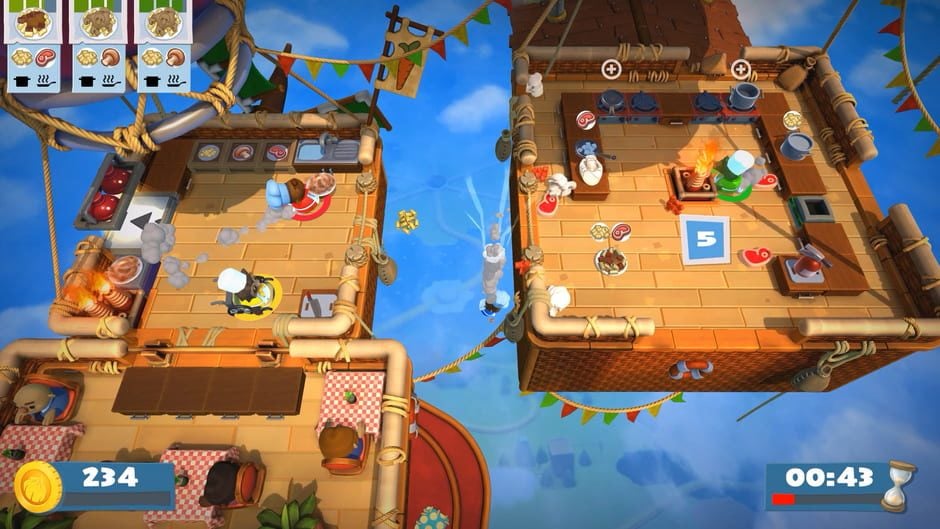 For those with no experience with either game, the basic concept is fairly simple. Two to four chefs have a set amount of time, usually between 2 to 5 minutes, to prepare as many dishes as possible for restaurant guests. These range from sushi rolls to burgers to chocolate chip pancakes, and each recipe requires a specific set of actions to properly make.

Though all chefs are able to perform the same actions, such as chopping, cooking or serving, the game’s trick lies in the fact that a single chef is unable to prepare the dishes quickly enough on their own to clear each level. Cutting the work between 2-4 chefs means that both chefs, and by extension, both players, must work in tandem to make enough dishes to clear each level.

Each level awards between one and three stars, depending on your score, which is calculated by the speed in which you serve the dishes, and if you deliver them in the correct order. It’s frantic, funny, and doesn’t take itself too seriously. Most levels, rather than take place in a restaurant, are set in fantastical locations, like a raft floating down a jungle river, a Hogwarts style magic school, or a swamp that transforms through time and space. It makes sense in context, in that the king of the land is a talking onion with a dog named Kevin.

Overcooked, in general, is a game that is absolutely built for multiplayer. I tried a few levels on my own, and that ultimately left me feeling incredibly lonely due to the large level layouts, as well as frustrated since these stages are clearly designed for more than one person. Thankfully, you can alleviate that by playing online with others. 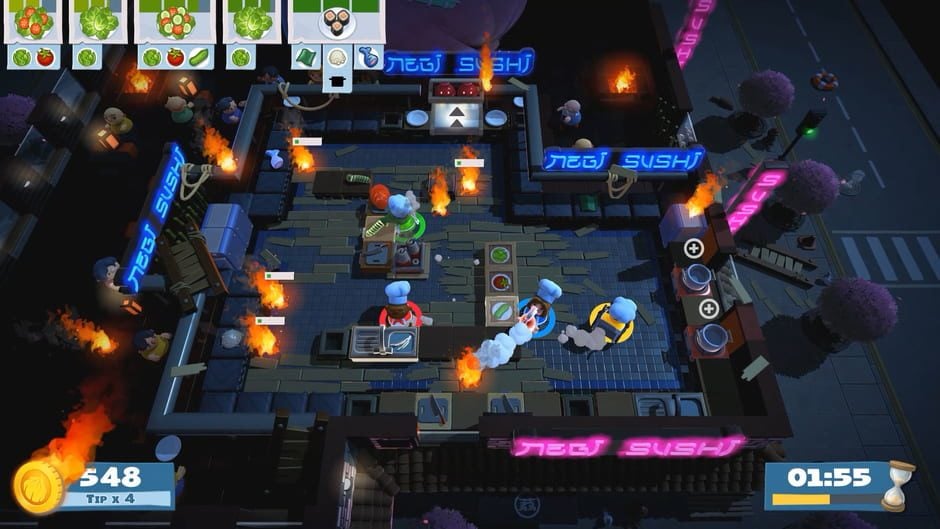 The level design being built for two or more players feels incredibly clean and is well worked into the core gameplay. There are a couple of levels that definitely seem built for more than two players, which presented an interesting challenge when playing with my better half. That said, even in some of the more frustrating sections, it was never the game’s fault that I didn’t succeed. The levels are very consistent and easy to beat once players figure out the trick to each. Especially rewarding are the moments when everything seems to click and you and your partners enter a zen-like state of focus, muttering to yourselves “I’m cutting the tomatoes” or “I’m washing the dishes”.

This “zen-like state” can happen immediately in some levels, while for others, it may take one or two failures before you and your fellow chefs lean in closer, sketch up a game plan, and get serious.

Communication At Its Best

Another bright side of this game is how it forces the players to communicate and learn the other player’s gaming habits. My partner and I would frequently succeed when we opened up our communication skills and also paid attention to how the other person operated. That’s not to say that we didn’t yell at each other, because we did; or that we didn’t get legitimately mad at each other, because that also happened. But the game forced us to take a step back and figure out what worked and what didn’t work. 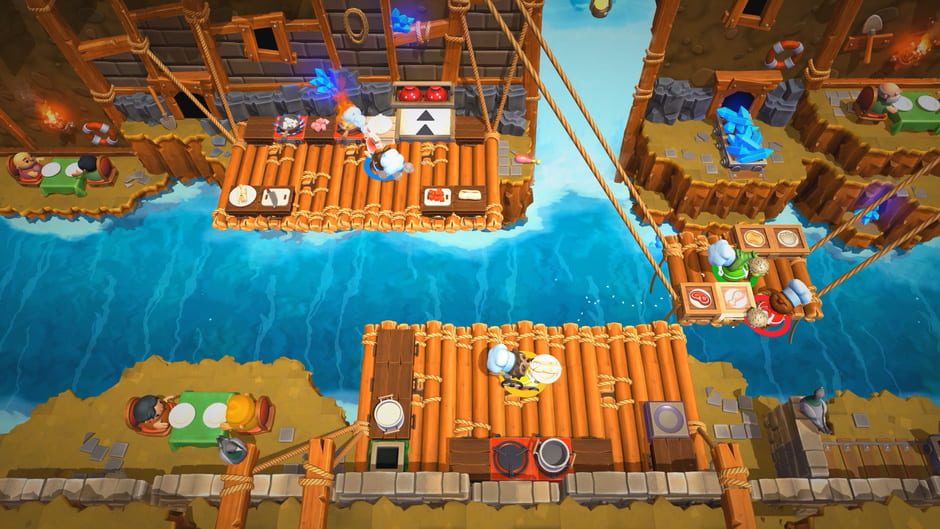 Overall, diving straight into Overcooked 2 for the first time without any previous experience in the kitchen was wholly delightful. The game is entirely addicting, especially for those who are perfectionists striving to get perfect scores on each level. It works even better when your friends and loved ones are perfectionists too.