‘Mega Man 11’: A Fresh Look on a Classic Franchise

The most noteworthy thing about Mega Man 11 is how much of a Mega Man game it is. That might be a weird remark, but it that doesn’t make it any less true. Mega Man 11 barely strays from the formula the series founded over 30 years ago. It follows the same story as always, the same structure as always, and even includes some enemies and puzzles that seasoned Mega Man fans will be delighted/enraged to see pop up again. Nothing has evolved, it’s more reminiscent of a remake than a game released this year. 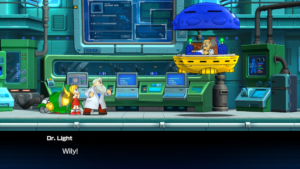 If only we could have predicted this! But how could we have possibly known?!

That isn’t necessarily a bad thing; the lack of upheaval to the overall structure means that more effort was put into each individual level. Each robot master’s stage is full of strange gimmicks and unique challenges that are enjoyable to discover and even more so to overcome. Whether its figuring out the balloon physics for Bounce Man or preventing the acidity increases for Acid Man, each stage brings something new to the table and perfects it in execution. Some parts can get frustrating or difficult, but they’re never boring. The powers obtained for defeating the bosses are fairly unique as well, especially for a series that has reused Leaf Shield in 7 different flavors. Not all of them are useful, but the ones that aren’t are at least fun to mess around with.

And there are some minor updates returning from the later installments of the series. The item shop returns, letting players buy items and powerups to help them through a particularly difficult level. Mega Man also reclaims his slide and charge attack, which was absent in the hero’s last triumphant return. These moves give Mega Man a greater variety of skills and let the developers get more creative in their level and obstacles design as a result. Tricky sections involve jumping, shooting, and sliding in quick succession, which is far more interesting than just jumping and shooting. 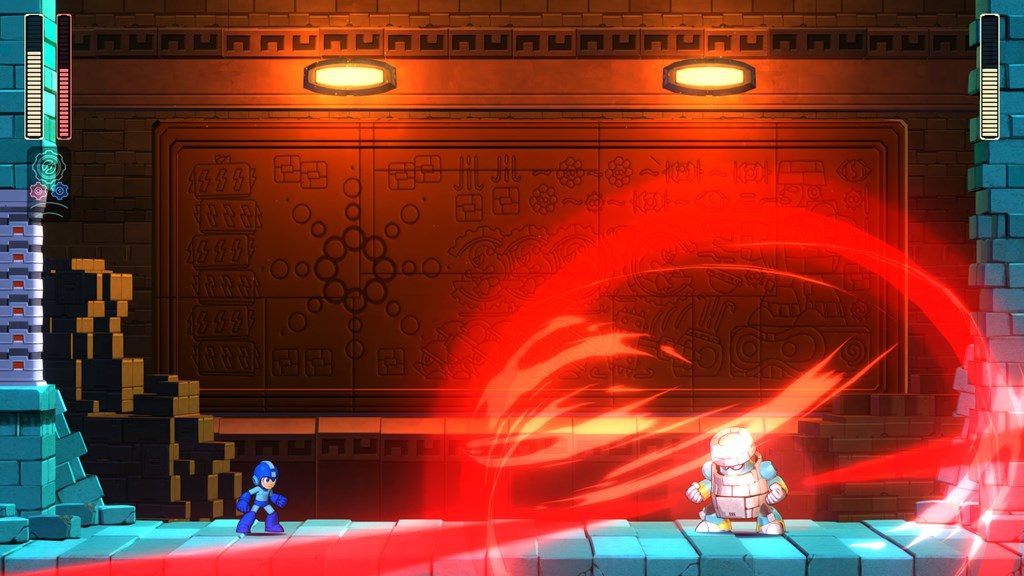 The art, meanwhile, is a breath of fresh air that makes the aged formula feel new again. With the transfer into 3D models, stages and characters have more detail than ever before. Levels and enemies are full of fun and clever details, like how the fire-shooting robots in Blast Man’s theme-park stage are repurposed soda robots. The Robot Masters themselves, meanwhile, now have distinct personalities, backstories, and voices to go with their powers. Tundra Man, for example, is a figure skater who idealizes grace with his attacks and has a sleek design that he himself modified from his bulkier original look. They feel like actual characters rather than obstacles or bosses. The fact that battles are quick and noisy help these new personalities not outstay their welcome. 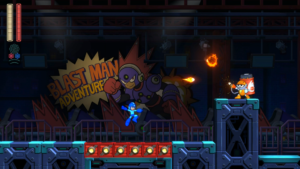 The big new feature that helps Mega Man 11 feel a little fresh and unique is the introduction of the Double Gear system. Using the Speed Gear to dodge fast obstacles feels cool, as does using the Power Gear to increase Mega Man’s destructive potential and deliver a devastating blow. And when used together, it turns the tide of challenging battles dramatically. Using these new tools correctly can change the way to approach enemies and obstacles, offering a greater variety of options to get through a challenging section.

The problem with the Double Gear System is that no part of Mega Man 11 is really built around it. There are no sections that feel created with the system in mind, and almost every part of the game can be reasonably overcome without it. The only time activating either of the gears feels justified is when a Robot Master uses theirs first; the rest of the time it feels like cheating. It either makes platforming easier or it makes combat easier. After 10 games of not having the Double Gear System, using it feels like taking the easy way out rather than learning the levels and getting better. 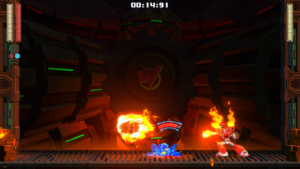 It felt wrong to beat Torch Man by spamming Speed Gear, but he deserved it for being so difficult

There are many elements in Mega Man 11 that feel aged in the modern gaming landscape. For some reason, in the year 2018, Capcom decided to implement a lives system to the game. It hasn’t been updated either; losing one life shoots Mega Man back to the last checkpoint and losing all of them forces a total restart on the level. This gives the same level of frustration it did all those years ago. It’s infuriating to lose a final life against a Robot Master and be forced to redo his whole level just to get another chance to beat him. The momentum slows to a halt and Mega Man is forced to revisit the same level he already conquered. Often this will cascade, as the rushing through the already beaten stage can cause mistakes and even further setback. There’s also no autosave, which is a baffling decision for a game already so neatly divided into sections. 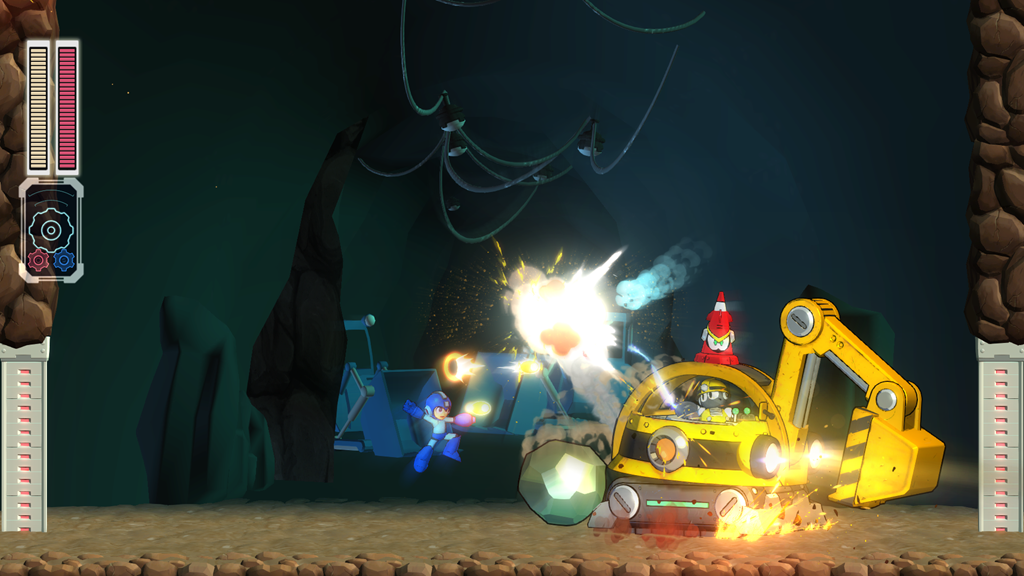 Even with all the time wasted replaying levels, Mega Man 11 is no longer than the average Mega Man game. A full run on a reasonable difficulty can take 5 or 6 hours, and the only activities left to do after that are the challenge modes. Seeing as these are just the same levels with additional challenges, like jumping less or collecting medals, it doesn’t really replace the need for a longer campaign. It feels like the cruel game over system is a relic an age where games needed to pad for time to feel worth the price.

Mega Man 11 proves that not every franchise needs to change to be worth revisiting.

Mega Man 11 is not a bold new beginning into the future of a classic series. It is stuck so firmly in the roots that it almost feels like a game made in 1993 got new art assets and released in 2018. What little there is that’s new can be ignored and not have a huge detriment on the level of enjoyment. That being said, it is still a very good entry in the classic series. Not every part of it has aged well, but powerful new consoles and fun new ideas make each level fun to visit and overcome. Add in a greater emphasis on art and a world that feels more alive and interesting than ever before. Mega Man 11 proves that not every franchise needs to change to be worth revisiting.

Subnautica: Below Zero Provides a Meditative Balm in...

Resident Evil Village Offers the Best of All...

Famicom Detective Club: The Girl Who Stands Behind...

New Pokémon Snap is a Near-Perfect Sequel in...

Returnal Thrives in Both Beauty and Bullet Hell

Don’t Forget Me Plays with Big Ideas in...

Mega Man Game by Game: Everything You Need to Know About ‘Mega Man 3′

There is obviously a bundle to identify about this. I think you made
some nice points in features also.