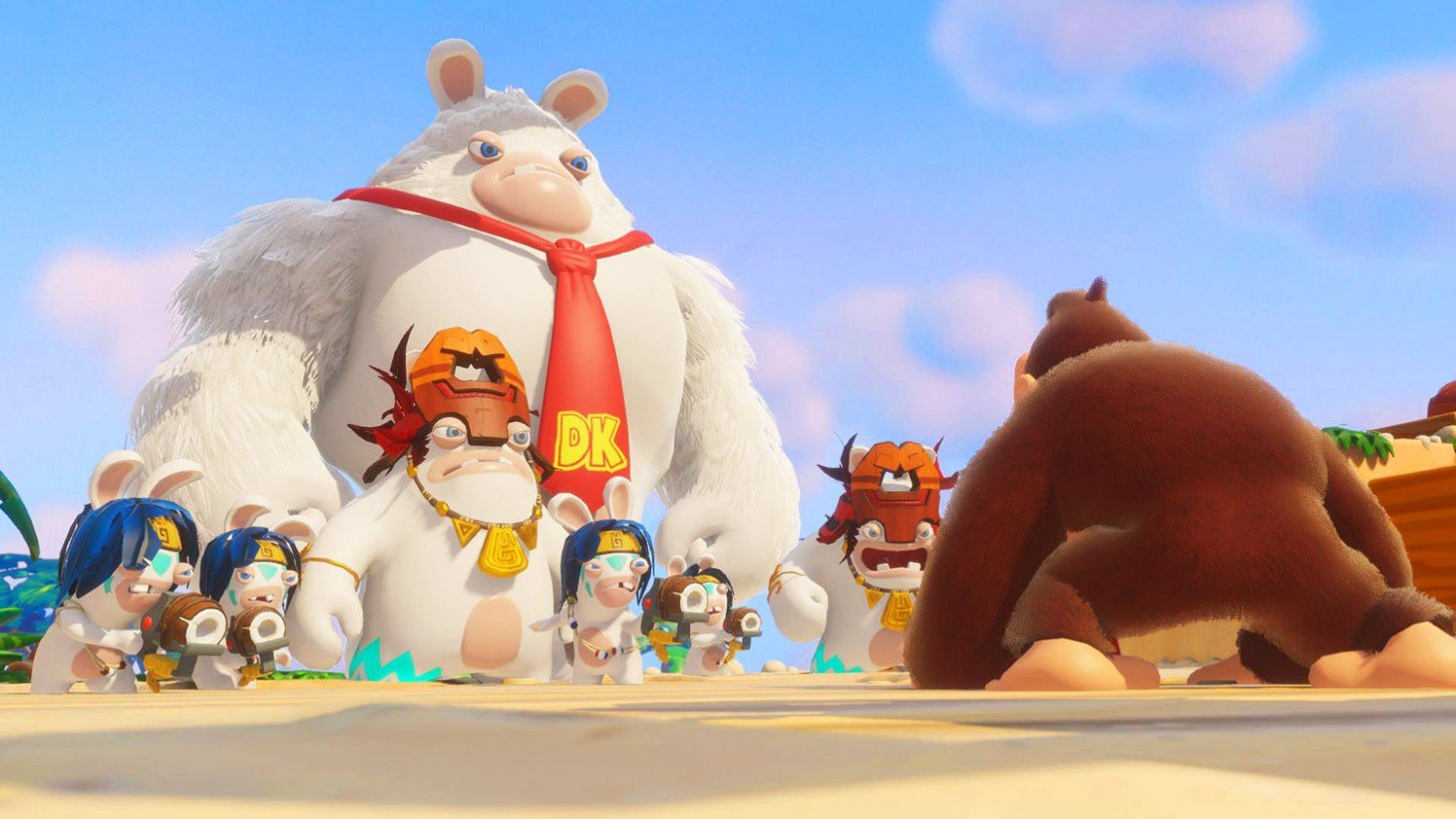 If there was one game on the Nintendo Switch that required some extra content, it was Mario + Rabbids Kingdom Battle. Remaining one of the most enjoyable games on the Switch, Mario + Rabbids is abundant with personality and charm, then layered with humor which encourages a harmonious experience, even when the later levels became particularly difficult. Donkey Kong Adventure had to deliver on this unique balance if it was to succeed, and without spinning on its own banana peel, exceeds all expectations.

Strategy games require balance. In Mario + Rabbids, the structure of the team was decided by the player. A simple balance between offense, defense, and healing was the usual setup; although some mavericks were going bananas over Rabbid Yoshi. Donkey Kong Adventure takes away that control from the player, providing a constant three characters the player must use. This, on the developer’s part, creates a further need for delicacy when it comes to level and character to design.

There’s been a huge increase in the weird and the whack that makes Mario + Rabbids such an addictive game.

Introducing two new characters alongside Rabbid Peach, the balance is initially ambiguous. Long-range weaponry is now a distant memory of Luigi, which leaves the player needing to be far more mobile around the battlefield. Luckily, the level design often allows Donkey Kong to rapidly move from one end to another using the vines that hang in strategically chosen places. Donkey Kong can also pick up characters and objects, launching them at his enemies, providing the much-needed offensive qualities. It’s Rabbid Cranky whose place in the team can become an awkward fit. His ability to put his foes to sleep is a fantastic defensive trait, but in combination with Donkey Kong, can create a fantastic offensive move. It is Rabbid Cranky that gives the player some freedom in regard to tactics. How the player deploys Rabbid Cranky can change the tide of a battle.

Fortunately, the enemies have been designed with the limitations of the player’s character selection in mind. Much like Donkey Kong, they can often maneuver their way around the battlefield with grace, but they certainly cannot attack at a long-range distance. This simplifies the mechanics of the main story, allowing for some casual gameplay that, in typical Rabbid fashion, doesn’t take itself too seriously. The mid-bosses are easily dispatched, with perhaps the most irritating new foe being the smugglers which can move large distances, often evading capture.

With new enemies come new missions, and with the premise of the story based around a tainted love for tainted bananas, there’s been a huge increase in the weirdness and the whack that makes Mario + Rabbids such an addictive game. Smuggling missions are as enjoyable as they are tricky, as precarious as they are simple, and as hilarious as they are engaging. The tropical island, pirate theme adds to the charm, creating a simple storyline that doesn’t overshadow the gameplay.

The adorable animation style from the base game has transferred across beautifully into the tropical setting of Donkey Kong Adventure, with the bright flamboyancy and cheerful music bringing a lot of character to the overworld. Grant Kirkhope did a fantastic job with the base game’s soundtrack but did even better with Donkey Kong Adventure’s soundtrack, mixing elements of rock into a Wurzel-style score, harmonizing with the game’s central theme.

The one major concern for Donkey Kong Adventure is the lack of challenge. If you stormed through the base game, saving the Mushroom Kingdom without barely lifting a finger, then Donkey Kong Adventure is going to be a walk on the beach for you. The puzzles in the overworld won’t be clamoring tambourines in your brain and the battles aren’t going to need replaying. Indeed, to some extent, Donkey Kong is overpowered, and able to attack multiple times in one turn due to his ability to throw items. Combined with Rabbid Cranky’s ability to put enemies to sleep and Rabbid Peach’s ability to heal, there’s no real danger of losing battles.

In this instance, Mario + Rabbids could take a leaf out of Breath of the Wild and introduce a DLC with a higher difficulty. The possibilities are endless here, with so many creative licenses yet to be used. For experienced players that cruised through the base game, the DLC might not offer much of a challenge. However, for some new content that blossoms with personality and vibrancy, Donkey Kong Adventure is a fabulous expedition.