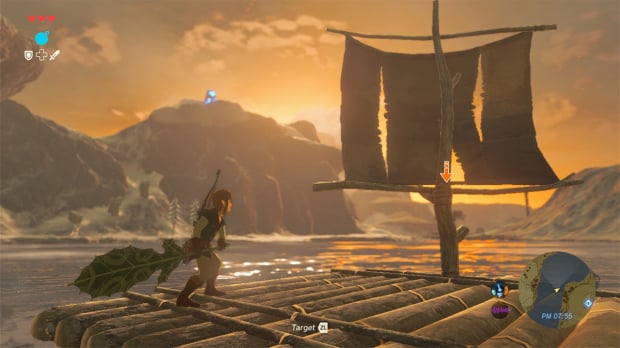 While we know a lot about Breath of the Wild’s gameplay, much of its story is still a mystery. We know that Ganon’s back, that it takes place in a destroyed Hyrule kingdom, and that Sheikah — the royal family’s guardian race — have a heavy presence. But the actual plot, antagonist (which I’m sure is Ganon, but it hasn’t been confirmed), and Link’s motivation have not been revealed. So, with nowhere else to turn, we must theorize.

First off, the fact that Hyrule is destroyed can tell us a lot when finding Breath of the Wild’s place on the horrible mess that is the Zelda timeline. It means that the game takes place after the establishment of Hyrule and before it’s completely flooded, so after Ocarina of Time and before The Wind Waker. As explained in the opening cut-scene of Wind Waker, after Link defeated Ganon in Ocarina, he vanished. Ganon was then resurrected and immediately started his reign over Hyrule, destroying most of it. The higher-ups of the Hyrule kingdom — who are never explicitly named — decide to flood the kingdom in order to stop Ganondorf from destroying the rest of the world.

The Kokiri — the guardian race of the forest — are extremely important in Ocarina of Time. Much like Peter Pan, they don’t age and remain children. Link is a member of their tribe, but not actually of their race, so he ages. Centuries later in Wind Waker, these children of the woods have evolved to better traverse the new ocean topography. They traded their human forms for a more… wooden aesthetic. They also gained the ability to fly, allowing them to traverse the great sea with ease. As seen in Nintendo’s E3 live stream, these evolved versions of the Kokiri — named Koroks — also appear in Breath of the Wild, showing a clear link between this game and The Wind Waker.

The Koroks were never shown before Hyrule is flooded, as they adopted their new forms in response to the flood. So, the only way they could be in the new iteration is if it comes some time near to when the kingdom is submerged, but obviously not after. The Kokiri are always shown as a wise race, and their guardian spirit — the Great Deku Tree — is especially all knowing. It’s reasonable to think that the Kokiri knew of the incoming flooding of Hyrule, and decided to prepare themselves for it. At the beginning of Ocarina, the Great Deku Tree warns of Ganon’s attack. He somehow knows of his wicked intentions before even the king of Hyrule; so why would he be oblivious to such a destructive event as this? The Kokiri evolved into their new forms because they knew of the upcoming floods, that’s why they appear as these forms in Breath of the Wild.

A Korok, as seen in Breath of the Wild

As you might have noticed, Breath of the Wild takes a more futuristic, technological approach to its items, enemies, weapons — pretty much everything. Flashing forward to Wind Waker, most locations and tools are pretty rudimentary in comparison. While this could’ve punched a hole in the theory — why would a future setting be less advanced? — it may have just proven it further. What if all of the technology that Hyrule used was washed away when it was flooded? I believe that when Hyrule was submerged under water, all of its technological advancements were completely wiped from history. All except one.

This may seem like a convenient excuse, until considering one thing. There actually is one futuristic location in The Wind Waker: The Tower of The Gods, a dungeon built for the purpose of testing the new legendary hero. It’s filled with electronic lights, robotic enemies, and even holograms (all of which are present in the new game). It’s the epitome of futuristic themes, but how exactly is it linked to the old Hyrule, and thusly Breath of the Wild? Well, it rests beneath the surface of the Great Sea — until Link uses the 3 Goddess orbs to bring it out into the open — meaning that it was built on what used to be Hyrule. The Tower of the Gods is the only artifact of Hyrule’s past still completely intact and it’s the only place containing such advanced technology, proving that the world found in Wind Waker comes after the only technologically savvy version of the legendary kingdom created — the one found in Breath of the Wild. The gods placed this tower there, knowing that Hyrule was doomed. They needed something to test the courage of the next potential hero. 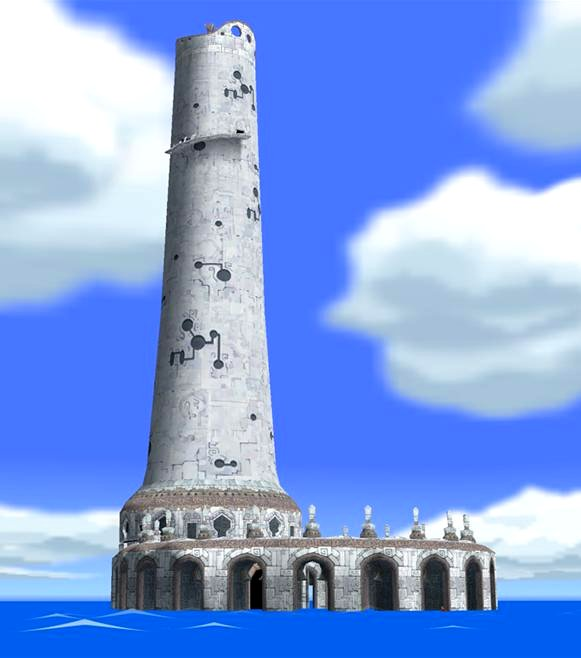 The Tower of the Gods

Because Link isn’t around, these events have never actually appeared in playable form. But, I’m proposing that Breath of the Wild will go over them in great detail, meaning it will take place after the hero of time has vanished and Ganon has begun his reign. But, if this were the case, why would Link still be present and fighting? Think about it, the kingdom is desperate. Perhaps their only hope has vanished without a trace. Their world is clearly doomed, and they need a plan B. So they resort to synthesizing a hero. In the opening cutscene of Breath of the Wild, Link is woken up by strange voice. He is lying, half naked in shallow pool of water in the middle of a futuristic room filled with technology. But, he isn’t being woken up because he was knocked out or otherwise incapacitated. He’s being awoken from what seems to be a cryogenic slumber.

The Sheikah failed in their protection of the royal family as well as the entire Kingdom of Hyrule. But, they never gave up. They decided to leave behind a failsafe: a hero that mirrors all of the attributes held by the previous Links. Except he wasn’t born with the Triforce of Courage embedded in his spirit, and he won’t be considered the actual hero until he gets it. Just like the Link from Wind Waker, he’ll have to prove his courage in order to be deemed the hero of legend. Of Course, we don’t know if this Link was created through robotic assemblance, genetic tampering, or just magical methods, but it’s reasonable to theorize about his synthetic origin. Especially considering the very opening of the game seems to imply it.

The biggest revelation this theory brings — which is also a real bummer — is that Link would have to fail in his quest for any of this to be true. If the hero were to defeat Ganon and stop him from completely destroying what’s left of Hyrule, there would be no reason to flood the Kingdom in order to contain the beast. Perhaps the new Link doesn’t have what it takes to defeat Ganon. Maybe the Gods don’t want to give the Triforce of Courage to an artificial hero, resulting in a severe lack of power. This may seem like a pretty big stretch, but Nintendo has shown that they want to take huge leaps away from the standard Zelda formula with this game. What better way than having Link actually fail and Hyrule be destroyed as a result?

To summarize, Breath of the Wild takes place after the hero of time defeated Ganon and before Hyrule is flooded in response to his resurrection. The Kokiri tribe foresee the coming flood and magically evolve into a form better suited to traverse an ocean setting. The Sheikah, as a last resort, create a hero that they believe is up to snuff with the previous incarnations. After this hero fails, the kingdom uses their technology to build a tower in order to test any future potential heroes. One that can survive the flood and even rise above the water’s surface when need be. This theory might not be 100 percent accurate, but it’s the best we can get with the information we have. It would certainly be a huge leap away from the regular Zelda story, and it would be extremely interesting to play as Link through a journey we know is pointless. The more information is shown concerning Breath of the Wild’s story, the more this theory will be proved or disproved. Either way, I’ll be excited!