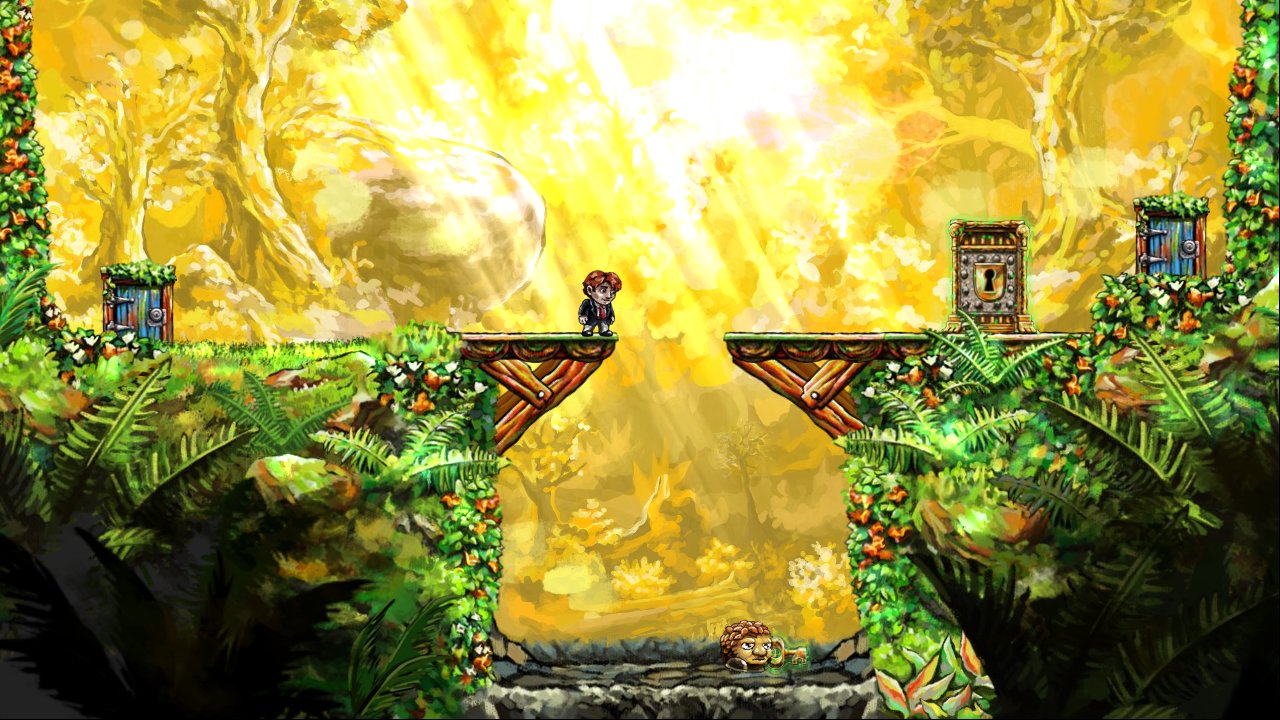 Independently developed games have been around since the dawn of the industry, but over the last 10 years or so they’ve really come to the forefront of the gaming community’s attention. A mere decade ago indie games were seen as being significantly inferior to Triple A titles, but now in 2016 we see many publications listing indie titles amongst their most anticipated games of the year. How did this golden age of indies come about, when exactly did it begin, and why have indies been able to captivate audiences the world over?

While Sega’s early attempts at integrating online functionality into their consoles was admirable, it wasn’t until Sony and Microsoft stepped in that console gamers really bought into the concept of playing over a network. Both the original Xbox and the PS2 featured dozens of games which provided online multiplayer and/or downloadable add-ons, but network features were limited, and online functionality was in the hands of each individual game’s developer, as there were no over-arching systems in place just yet.

The 6th generation of consoles was filled with highlights for the gaming industry, but perhaps none were brighter than the evolution of the online infrastructures available on the Xbox 360 and the PlayStation 3. The introduction of Sony’s PlayStation Network and the massive advancements of Microsoft’s Xbox Live would lead to key changes in how publishers and developers would market and sell their creations.

Chief among the refinements to both online systems was the addition of online marketplaces that weren’t limited to specific games, but were simply available from each of the respective console’s main dashboard. These online stores began to fill up with trailers, demos, and DLC, but there was still something missing, and with the concept of full-on digital distribution still being an intimidating proposition to many big publishers back in the early/mid 2000s, both Microsoft and Sony had to search other avenues in order to find more content to stock the virtual shelves of their online stores.

Meanwhile, on the PC gaming front, famed developer Valve was dealing with an entirely different problem: managing the distribution of patches across their games, and in order to alleviate their issues, Steam was born. After a successful initial launch, Gabe Newell and company sought to expand Steam’s repertoire, and in doing so they began signing their first publisher partnerships in 2005. Thanks to Valve’s ingenuity, independent game developers no longer had to concern themselves with attracting the attention of big publishers in order to distribute their products; the ease of access and affordability of Steam as a publishing platform not only made sharing indie games with a large audience feasible, but relatively easy.

Microsoft was the first big console manufacturer to really take notice of Steam’s advancements as a publishing platform, leading them to create their Xbox Live Indie Games program in 2006. Microsoft made software development kits readily available for download, providing budding developers with all the tools needed to publish their games on the Xbox Live Marketplace. The Xbox Live Indie Games program served as a launching pad for many aspiring developers, and a few indie titles published as part of the program, such as I MAED A GAM3 W1TH Z0MBIES 1N IT!!!1, got respectable media attention.

With indie games becoming readily available on both PC and consoles, gamers around the world were beginning to take notice, however the general consensus was that indie games would never be able to match the quality of games with multimillion-dollar budgets. But that misconception was about to change.

In the August of 2008 Microsoft held an event called the “Summer of Arcade”, in which they released five Xbox Live Arcade games over the span of five weeks. Users who bought all five games would get discounts, and Microsoft made sure to spend a lot of time advertising the event. Three of the five games (Geometry Wars: Retro Evolved 2, Bionic Commando Rearmed, & Galaga Legions) were created by larger established teams, but the other two, Castle Crashers and Braid, were indie games.

It’s extremely hard to pinpoint the exact moment in time when the public perception of indie games suddenly elevated to the level we see them in 2016, but many people seem to agree that moment occurred for them when they first played Braid. Not to short change Castle Crashers, which was a good game in its own right, but Braid was truly something revolutionary. Beautiful visuals, an interesting plot, and fantastic mechanics quickly propelled the game to the top of the Xbox 360’s “must play” list. Critically acclaimed, Braid is tied for the highest Metacritic score for an XBLA game, and its score of 93 puts it ahead of many massive titles in the Xbox 360’s library, including Halo: Reach, Assassin’s Creed II, and Mass Effect. Prior to Braid’s release, indie games were seen as a side dish, but afterwards it was clear that indies were more than capable of being the main course.

Being backed by a huge publisher certainly has its benefits. High budget, access to the best resources, and lucrative advertising campaigns can do a lot to not only increase the quality of a game, but also boost sales figures. Yet it’s not all sunshine and rainbows. When your game is being funded by a large publisher, you’re expected to work within their boundaries, their timetable, and customize your game around their beliefs of what it should or should not be.

Perhaps the most impressive fact about Braid’s development is that behind the curtain it was mostly a one man show. Jonathan Blow had a vision and he brought it to life through hard work, dedication, and raw skill. Also, over the duration of the game’s development, he invested $200,000 out of his own pocket to make sure the game lived up to his standards. Though the cost was steep, funding his own work and working within his own guidelines enabled him to maintain complete creative control. Before publishing the game Microsoft attempted to force Blow to make changes to the title screen functionality, but he refused, and Microsoft eventually conceded, publishing the game as Blow intended it to be. Obviously that was the correct choice. Braid is a perfect example of a pure passion project being realized. However, the sad reality is that the gaming industry is a business, and when it comes to business, the prospect of profit will often win out over passion.

The reason we see so many sequels instead of new IPs is because new projects scare publishers. They would rather not risk money funding a new project when instead they can print money by paying a team to develop Call of Duty 727 or Assassin’s Creed 899. The problem is that when the publishers control the projects, the developers lose the passion. A perfect example would be the Halo series. Developed by Bungie, Halo: Combat Evolved sent shock waves across the gaming industry, and single-handedly kept the original Xbox above water during its tumultuous launch period. But after producing 4 mainline entries in the series, the passion was all but gone, and the people at Bungie wanted to move on. Unfortunately, the businessmen at Microsoft disagreed; they needed the Halo franchise to continue going, because it sells, and to businessmen sales are all that matter. The end result? Bungie left for greener pastures and Microsoft created a new development team to continue pumping out Halo titles. Developed by 343 Industries, Halo 4 & 5 still managed to sell well, but fan reception has been poor, and the series has been in a decline. What’s the difference between the original Halo trilogy and the more recent games? Bungie’s Halo games were fueled by passion, whereas 343’s are being fueled by Microsoft’s willingness to milk the series dry.

Another prime example would be Metal Gear Solid V: The Phantom Pain. As good as the game is, it’s clearly an unfinished product. Konami forced Hideo Kojima to release the game despite its unfinished state, and promptly after the game’s release, Kojima quit to form his own development studio in order to once again attain creative control over his projects. While there certainly are great publishers out there who focus on high quality above all else (Blizzard and Rockstar Games come to mind), it’s undeniable that there are plenty of publishers who hinder creativity while focusing solely on the potential sales figures. With greed-focused publishers holding all the power over their developers, it’s sad to ponder about how many games have been modified against their creator’s will. Could you imagine if a large publisher like Konami told Toby Fox that he couldn’t have a gender ambiguous main character in Undertale because it would “hurt sales”? Or a company like Activision forcing Team Meat to dumb down Super Meat Boy because its “too hard”? Thankfully, due to the current landscape of the industry, independent teams have multiple avenues they can choose to follow, while still maintaining creative control over their projects.

The reason that indie games have been propelled to the forefront of the gaming industry is because the small teams developing them are fueled by pure, unbridled passion. Games like Shovel Knight, The Banner Saga, and Nidhogg may not have sold millions of units, and these games may not target large demographics, but they’re all excellent at what they attempt to do, and that’s because they were crafted with genuine care, remaining untainted by the corporate greed that flows so freely throughout the industry. Independent developers have the freedom to create the game they want to make, rather than being forced to create games they aren’t passionate about. That freedom promotes creativity, and that creativity spawns truly innovative and memorable experiences. We’re currently in the golden age of the indie game, and thankfully it seems like the indie era will last a long, long time.