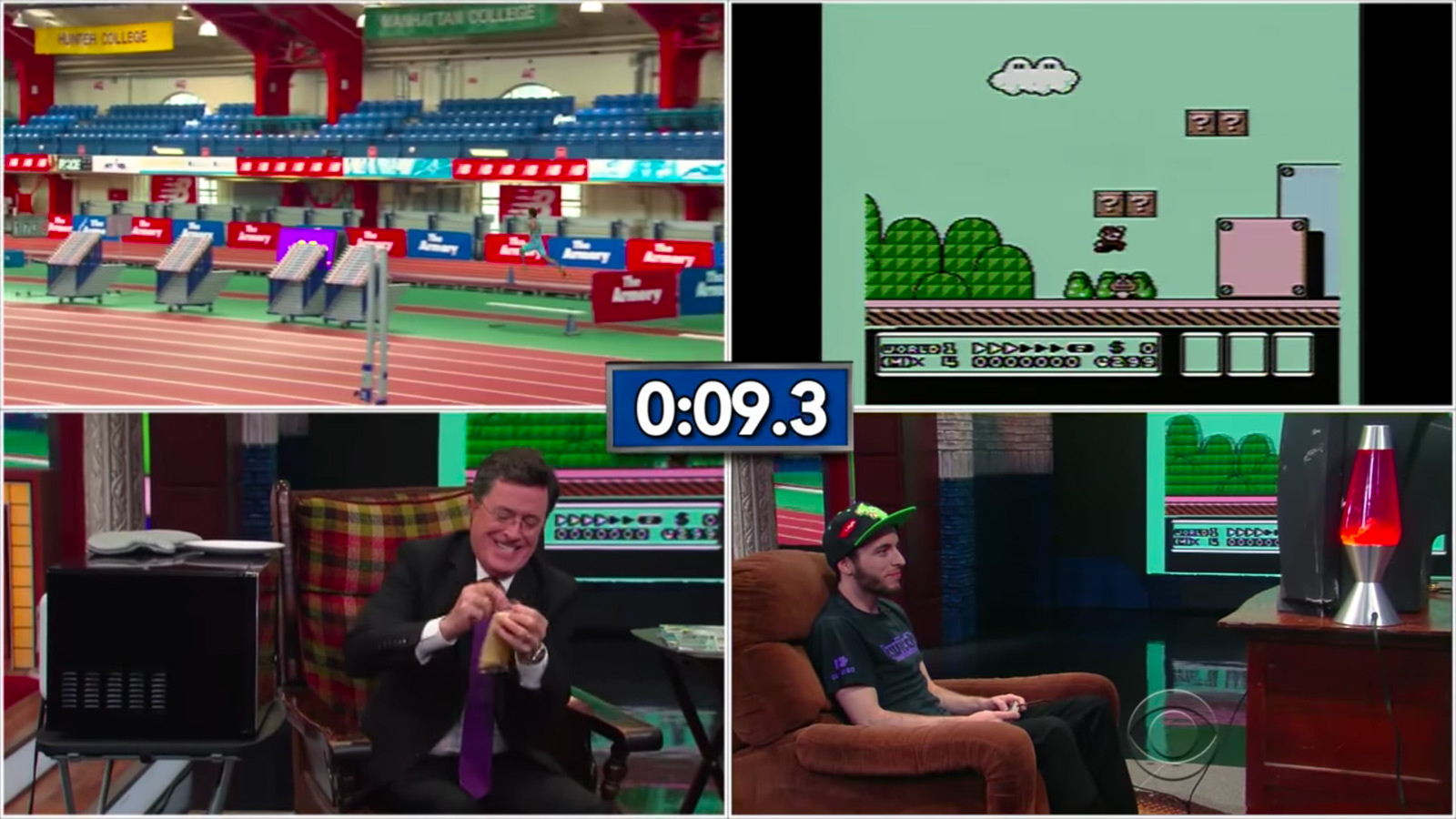 In a culture where gaming is consistently looked down upon, unfairly blamed for violence and completely misunderstood by the majority of the population, we have to take our wins where we can get them. Today, I want to give credit to a celebrity that has repeatedly shown nothing but goodwill towards our community, Stephen Colbert. Throughout his career, Colbert has written, acted in, produced and hosted everything from The Daily Show, to Strangers With Candy, to The Colbert Report, and has always shown a great appreciation for less conventional forms of entertainment. He has made it well known that he had a fascination with Dungeons and Dragons as a child, and he remains a diehard fan of the works of J.R.R. Tolkien to this day, but it is not this surface level of good will towards all things “nerdy” that is so impressive about him. Instead, it is his genuine interest and respect for the games, developers and artists that he has spotlighted, that is palpable in every show he has done, that sets him apart from the bevy of news networks, celebrities and even other talk show hosts that have little to no interest in our medium. Through the simple act of treating these guests with the integrity they deserve, Colbert has highlighted some of the best facets of gaming, and introduced all the joys it can offer to wider audiences. 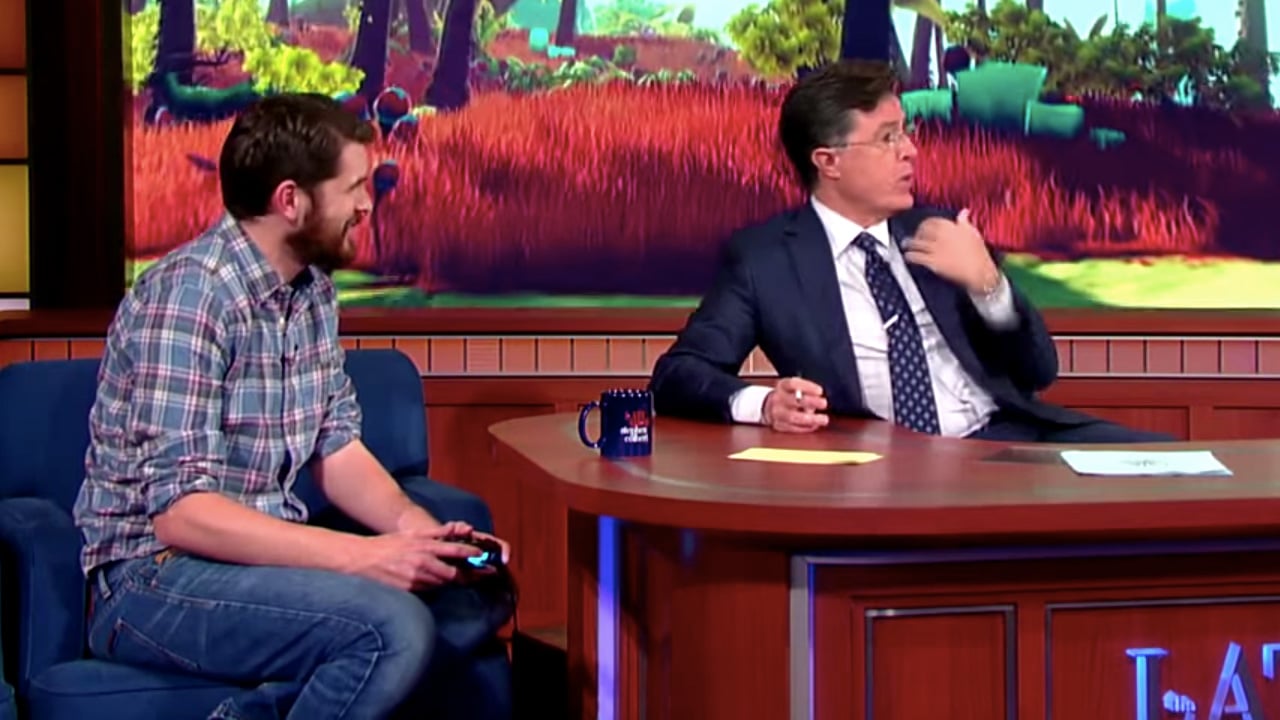 Most recently, Colbert invited the esteemed speedrunner Mitch Fowler on to his talk show, The Late Show with Stephen Colbert, to finish Super Mario Bros 3 as fast as humanly possible. To make things more interesting, Fowler was racing against both the Columbia University Men’s 4 x 400 team as they ran a relay, as well as Colbert completing the harrowing task of heating up and eating a Hot Pocket. Although it was done as a humorous segment, where Colbert just barely edges out the competition and wins the “race,” it is still impressive for showcasing a largely unexposed skill. In addition to giving some recognition to the speedrunning community, Fowler’s appearance on the show was for a good cause, as it also spread word of an amazing charity event called Summer Games Done Quick. The sister event to the Awesome Games Done Quick marathon, SGDQ has become an annual staple of the video game community, streaming speedruns for days on end in order to raise money for those in need. Hosted by Speed Demos Archive and Speedruns Live, the two events feature the fastest gamers in the world blazing through their favorite games with shortcuts, glitches and pure skill to reach donation goals and break as many records as possible. Since their humble beginnings in 2010, the marathons have raised nearly 7 million dollars for organizations such the Prevent Cancer Foundation, Doctors Without Borders and the Cooperative for Assistance and Relief Everywhere, and organized impromptu events such as the Japan Relief Done Quick stream that donated money to the victims 2001 Japanese Earthquake. Without making gamers the punch line of a joke as other entertainers have, such as Jimmy Kimmel’s terrible handling of the phenomenon of “Let’s Plays,” Colbert put the spotlight on a group of gamers who are trying to give back to the world which has allowed them to pursue their trade. 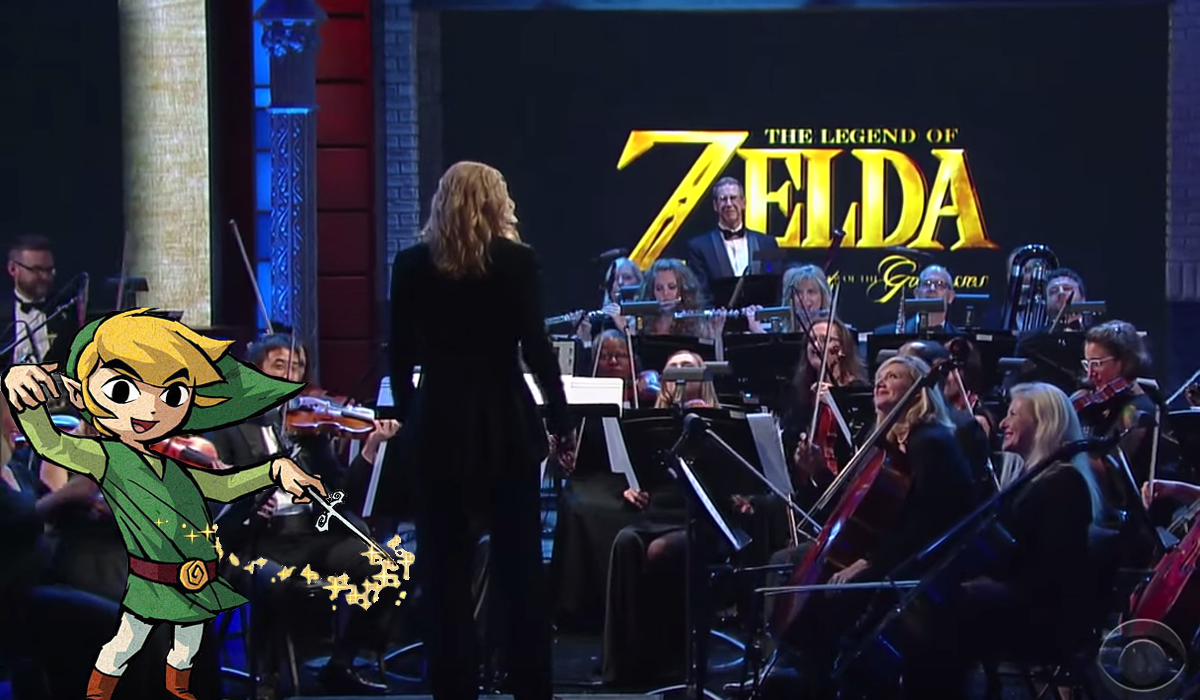 However, this is far from the first time Colbert has embraced video games on his show. In October of 2015 alone, Colbert invited key gaming figures like the absurdly popular YouTube gamer PewDiePie, Hello Game’s founder Sean Murray and even The Legend of Zelda: Symphony of the Goddesses Orchestra to The Late Show. His treatment of these guests should serve as an example of how anybody from a less mainstream community should be regarded (i.e. as a normal human being who happens to have different interests). Love him or hate him, Felix Arvid Ulf Kjellberg, or as he’s known online, PewDiePie, is arguably one of the most important personalities in gaming. While his content may be catered to a younger audience and isn’t quite the “critical analysis” that people who typically frequent gaming sites are fond of, the sheer size of his fan base is a great indication of the things to come for our medium. With a staggering 45 million subscribers, he is not only the most popular gamer on YouTube, but the largest channel period. Bringing in anywhere between 30,000 to 50,000 new a subscribers a day, PewDiePie’s success is evidence of the gradual acceptance of gaming in pop culture. Though PewDiePie’s actual influence on his fan’s perception of gaming will likely never be finitely evaluated, I can’t bring myself to hate on a guy who’s statistically growing our community faster than any other single producer. After all, I guarantee there isn’t a single person reading this who can’t recall a single piece of media that they aren’t embarrassed for enjoying at some point. On the show, Colbert jokes about PewDiePie’s unparalleled success, but never actually looks down on him for it. By simultaneously making jabs at his own chosen career, calling television a “steam-powered medium,” he reminds viewers how inherently ridiculous all forms of entertainment are, and reasserts the idea that “gamers” simply don’t fit the stereotypes that our society has attributed to them. Colbert is not only actually interested in PewDiePie’s content, but allows him to defend what he produces for his fans.

Similarly, Colbert’s interview with the developer of the hotly anticipated indie game No Man’s Sky, Sean Murray, demonstrated how well Colbert could communicate the intricacies of a game to his audience. Starting the interview off a sense of humor, Stephen asks Murray, “What’s different about this game that makes it like a quantum leap from earlier gaming platforms?” Murray then describes the unprecedented scale and freedom of the game in layman’s terms to make it more understandable to the audience but lets the gameplay speak for itself to satisfy the most hardcore fans. What really impressed me throughout the segment was Colbert’s attempt to understand complex systems that we take for granted in our games, such as procedural generation, non-linear gameplay, and open-ended exploration, and then communicate these features to an unassuming audience in a way that could actually inspire them to try the game out. His enthusiasm and genuine awe of No Man’s Sky were tempered by a few light-hearted jokes to keep viewers engaged, but by the segment’s end, as the camera slows pans out to show the size of game world, Colbert heavily encourages viewers to keep an eye on the game. 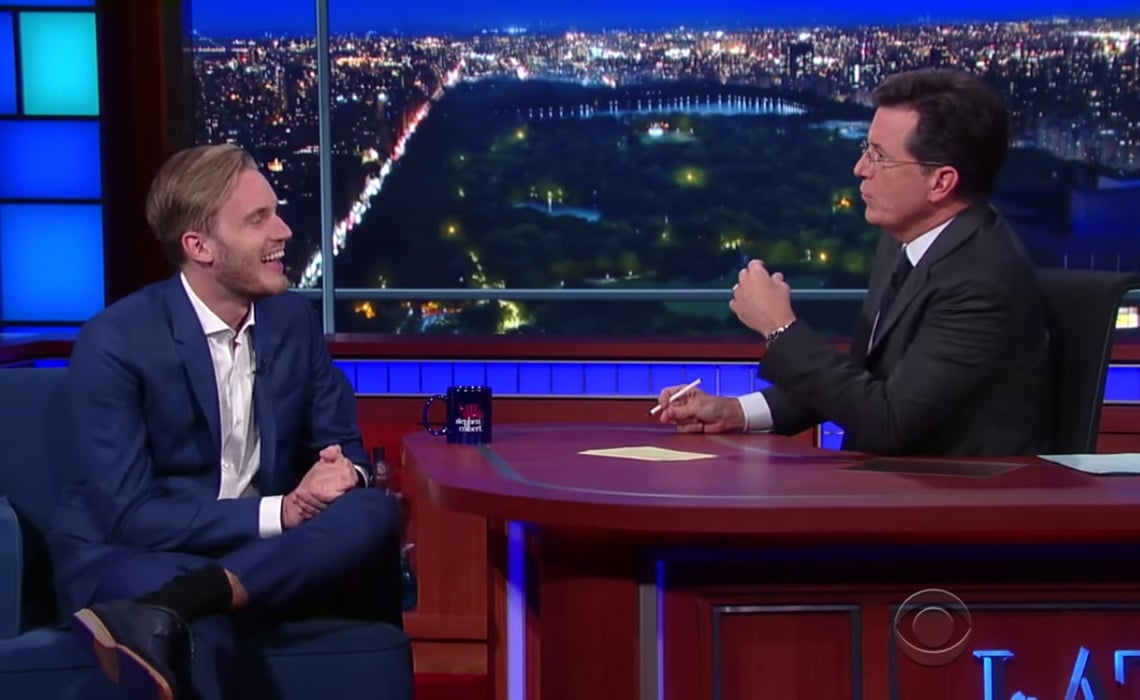 Even prior to his late show, Colbert served as a voice of reason to the public during times where opportunists frequently made violent video games the scapegoat for all of society’s ills. In a Colbert Report segment that dissuaded these ridiculous notions, Colbert joked, “Of course, video game violence is not a new problem! Who could forget, in the wake of Sim City, how children everywhere took up urban planning?” As the show that put him on the map neared its close, Stephen even touched on Gamergate, inviting Anita Sarkeesian on as a guest. Without getting too far into a topic that couldn’t possibly be covered so concisely, Colbert proved that he could remain level-headed on a topic that he wasn’t completely knowledgeable of. He indicated the small, but extremely toxic and vocal minority that attacked females in the community, while also acknowledging how the uninformed could possibly misconstrue these critics’ goals as an “attack” on gaming.

Part of the reason that Colbert regards gaming as highly as he does is that he can relate to the struggles that many of its fans face. In a Time interview from August 2015, Colbert famously described this feeling he experienced when he was younger, claiming, “I was a nerd when nerd was nerd. Okay? Alright? There was no reward. No one catered to us. We weren’t a demographic. We were a punching bag and a punchline.” While this quote has been spread from one corner of the internet to the other, it really does speak volumes of how he views pop culture and gamers’ place within it. By treating developers and members of the community with a sense of integrity and genuine interest, Stephen Colbert has set the standard on how to bring some of gaming’s more niche aspects to a wider audience and has done a great job portraying our passion in the mainstream media.

If you want to see Colbert’s segment on speedrunners, check it out on YouTube: