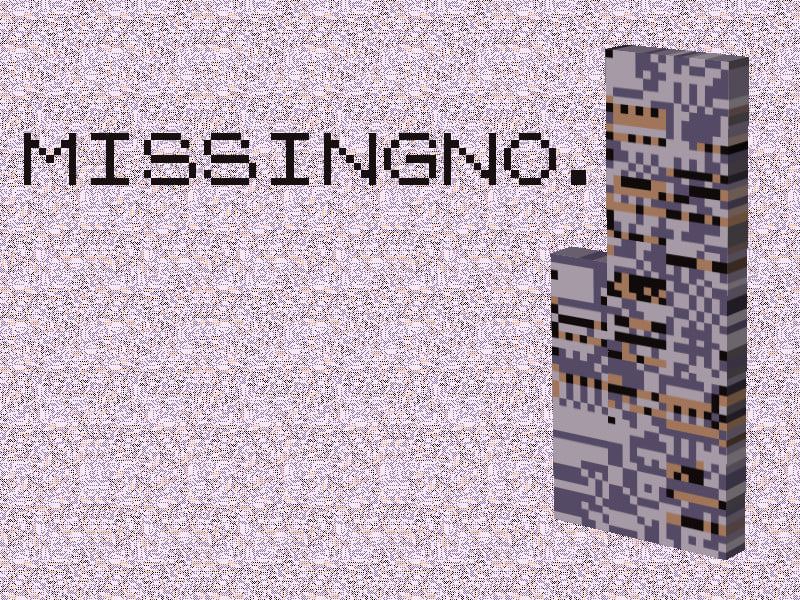 Pokémon Red and Blue, the first Pokémon games released 20 years ago in North America this week. Since the release, there have been a number of updates and re-releases and while this is exciting news, it is a little sad that current players will never be able to experience the bugs that made Pokémon Red and Blue so interesting, such as the bike path glitch, the Mew glitch, or most notably the MissingNo glitch. Possibly one of the most widely known, used and celebrated glitches to ever occur in a video game, MissingNo is still referred to as one of the most memorable parts of Pokémon Red and Blue. It had such an impact, in fact, that it has even become the subject of multiple sociological studies in more recent years. MissingNo did appear in one other game, Pokémon Yellow, in which it had a different appearance. Unfortunately, in Pokémon Yellow finding MissingNo was ill-advised, since it frequently led to unavoidable issues.

So what is MissingNo and how do you find it? Well, MissingNo stands for ‘missing number’, a graphics glitch that pops up when the game tries to pull up information on a non-existent Pokémon. Possibly used as a debug tool, a Pokémon that was erased, or leftover information from non-Pokémon sprites (i.e. ghost in Lavender town or fossil bones). In simple terms, doing certain events in a certain order can cause the glitch through the data buffer and error handling system. These events either do not have data or input the wrong data, which causes the error handling system to kick in. MissingNo does have a cry and consistent base stats, and generally, it appears like a graphically corrupted backwards L, although certain changes, like to the main character’s name, can change that appearance as well. Again, this is taken from non-Pokémon specific sprites, like the ghost in Lavender Town. 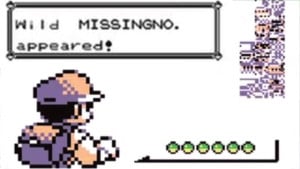 MissingNo appears due to three different events being done in a certain order. By far the easiest and most common way to find MissingNo is by what is referred to as the “Old Man Glitch”. The player starts by talking to the old man in Viridian City and watching him demonstrate how to catch a Pokémon. Then the player must immediately fly to Cinnabar Island. Lastly, the player must use “surf” and move up and down the east coast of Cinnabar Island. As long as the player stays right next to the ground while moving, MissingNo should appear. At this point, the game treats MissingNo like any other Pokémon, so the player can run, fight or capture it. The glitch also increases the 6th item in the player’s pack by well over a hundred and causes a graphics glitch to the Hall of Fame data. Some graphical issues may occur after the encounter, but they can be easily fixed.

While the glitch was extremely popular, especially for speed training Pokémon, Nintendo did not like how much popularity it was getting. In 1999 they released a statement claiming “Any attempt to produce MissingNo, whether you capture it or not, will cause irreversible graphic corruptions and most likely erase your save file.” This was clearly untrue, however, since it hardly caused any graphical issues, and they could be easily fixed by restarting at most. There has never been any known case of the glitch erasing a person’s save file either. Most likely Nintendo wanted to spread this around in order to dissuade players from using the item duplication bug, which was most often used to copy Rare Candy or Master Balls. While Nintendo would have preferred MissingNo be forgotten, fans, in an unusual case, embraced the glitch and accepted it as a natural part of the game. 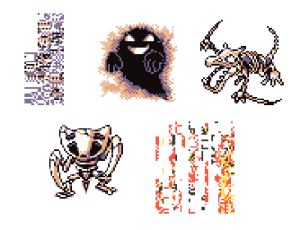 Even though Nintendo tried to dissuade people from finding MissingNo, many other publications did the exact opposite and treated it like a cheat. For a while, information on MissingNo was even sold for hundreds of dollars. While most bugs and glitches are viewed as relatively unfavorable and annoying, MissingNo has become a part of the Pokémon Red and Blue game. With many fans attempting to have MissingNo made part of the game canon, I’m sure there will be much call for MissingNo to appear in the 3DS re-release. There is literally no chance of this, but it doesn’t change the fact that MissingNo is still one of the greatest glitches ever.