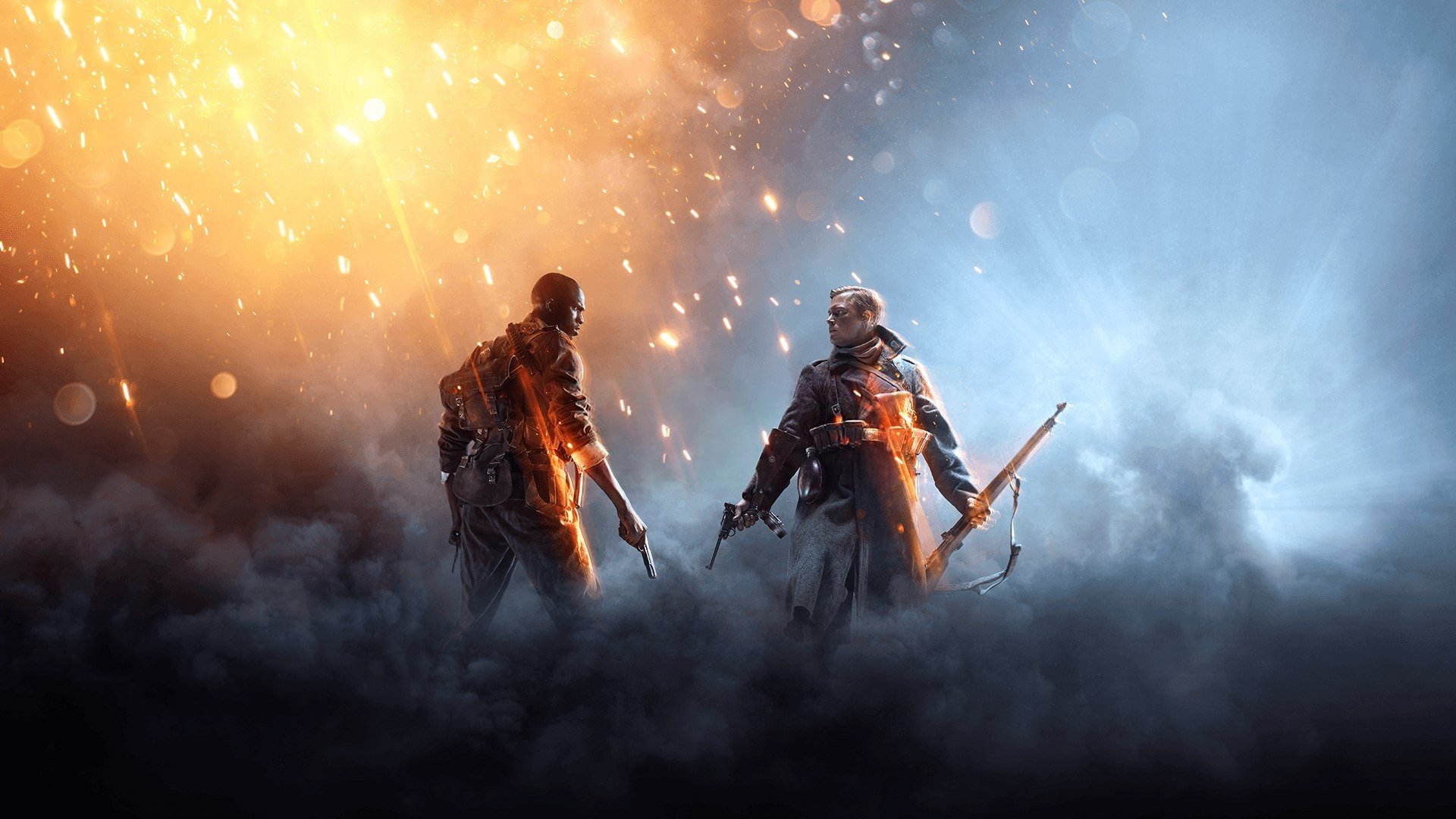 The Battlefield 1 open beta has come and gone, and with it, concerns moving forward in this long-established franchise. Playing the beta has given the gaming community a taste for what is to come with the latest Battlefield entry. Some of it good, even great, and some of it not so good.

The first thing to notice when launching Battlefield 1 is: Wow. This game looks and sounds amazing. From stunning visuals of your firearm of choice, to explosions occurring around you (and there will be many) it all is aesthetically satisfying. Bass-heavy AA guns firing off into the sky and exploding in a fireworks-like display of flak, cavalry charging head long into a line of fleeing soldiers and buildings crumbling apart at the onslaught of a freshly dropped salvo of explosions from a recent bombing run all make for one of the most dramatic experiences in any first person shooter. Not only does the re-inclusion of destructible buildings look great, but the much-loved feature from Battlefield: Bad Company changes gameplay and strategy. 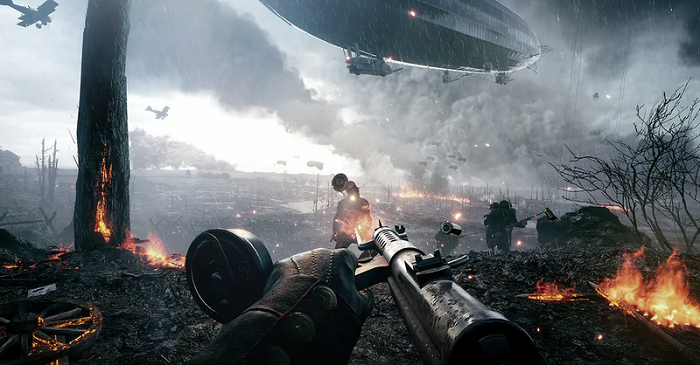 Taking out massive “levelutions” from Battlefield 4, DICE has decided to make the maps more destructible all around. Having cover once there and now gone forces a work around in the way teams decide to advance or hold an area. Large craters created by explosions serve as a good area to go prone and find respite for a brief moment. Tactical gameplay shifts and minor tweaks to where a sniper should find his perch are all a much welcome consequence to this mechanic. The largest destructive element on the open beta map, Sinai Desert, is the natural stone arch bridge leading up to a large circular cliffside where plenty of snipers happily spend the majority of their time in-game. With the destruction of this bridge, the only way up to this high vantage point is via plane.

Staying true to the Battlefield formula, vehicles are still powerhouses on the playing field one has to be aware of. Different load-outs on planes make them versatile to adapt to any given situation, though they are not nearly as destructive to ground units as, say, the helicopter was in previous installments. This is a good thing because now there are more tanks to choose from with different load-outs as well. Having this much variety and ground superiority is a great way to change up how tanks can be played and which ones to choose to counter. In the beta, there was one map and therefore, one behemoth. A massive train dominates the land and air around the tracks that run through this desert map. Seating six people, with a conductor controlling the train (as much as one can on tracks) this behemoth is fitted to adapt to any kind of situation as it is given to the losing team. Now, at first this seems unfair, but the mechanic really makes for interesting and closer games in Conquest, helping a team losing by a lot to close the gap and make a come back. The tanks and behemoths are deadly to any unprepared team not willing to grab an assault class to take out these targets. 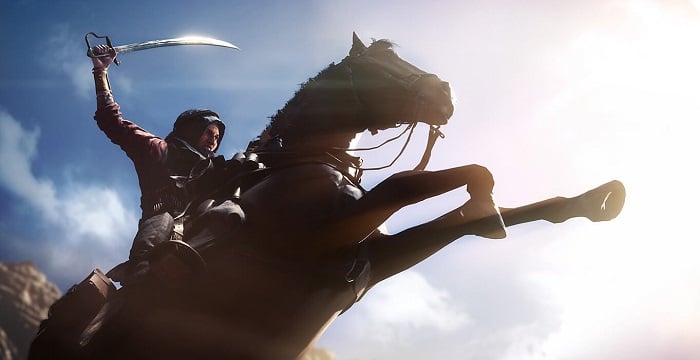 Once again Battlefield is a more team-based experience than a solo-venture. Much of the time outcomes of matches depend on a coherent and experienced team working together and adapting to overcome obstacles posed by their enemies. Never is this more true than when it comes to vehicles, behemoths and tanks in particular. If a team allows a good tanker to run amok, the amount of damage the tanker can do is tremendous, borderline overpowered. There have been Rush and Conquest games in which the team without the tanks and coordination could do nothing to stop them. DICE has already announced a change to the light class tank which was more destructive, in the right hands, than its larger counterparts.

One of the overlying factors in the game which did not seem like a step in the right direction is the new UI. Substituting the older screen layout from previous Battlefields and replacing it with something more reminiscent of Star Wars Battlefront (EA DICE). Not only is this UI present in the menu but also the game screen. The UI is not inherently bad, but, it seems more simplistic in nature and less in-depth. For example, when choosing a variation of a rifle, it’s nearly impossible to see what type of attachments come on the gun. Also, a change to Conquest (instead of a ticket-based score where re-spawns cost a ticket and having the majority of flags controlled cause ticket bleed), turns it into more of a large-scale Domination game mode with more vehicles than the Conquest Battlefield players know and love. 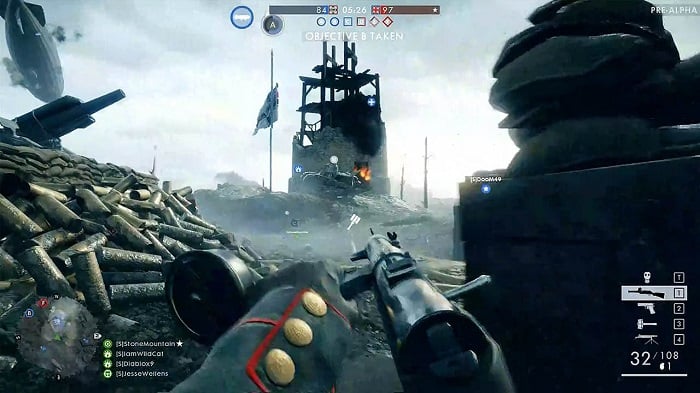 Understanding this is still a beta with time for changes, balances, bug fixes and the like before release: the turn to a simpler UI, Conquest game mode, and easier use of weapons (nearly anyone can be the American Sniper in Battlefield 1) does concern a lot of the fan base that have been playing since before this console generation. Overall the open beta was a fun experience, made even better with a group of friends to play with. Time will tell how DICE handles the long-term of the game by listening to their community (or not) but this installment of the franchise holds a lot of potential and promise.

Nick is an aspiring writer from Massachusetts who enjoys playing video games, writing, learning and watching (on rare occasions writing) movies. Generally geeky/nerdy stuff happily entertains him. You can find him on Twitter @Nicholas_J7