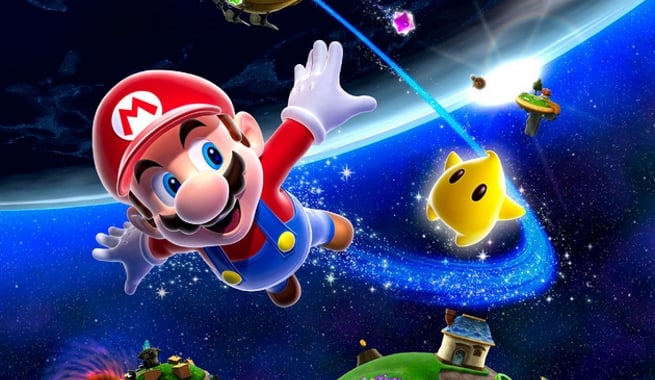 Usually when a long-running franchise resorts to setting its latest entry in outer space it signals an admission that the creators are completely out of ideas and have no resort but to jump the shark one last time (for reference, see Leprechaun 4, Jason X, and Armagedd– oh, wait), but with Nintendo’s Mario debut on the Wii, Super Mario Galaxy, the opposite could not have been more true. Instead of sinking the series, Galaxy lifted it to the heavens, breathing fresh life into everyone’s favorite plumber (despite the oxygen-less environment) by concocting some of the most mind-bendingly ingenious and imaginative platforming worlds the video game universe has ever known.

By focusing on gravity as the key element that all of Super Mario Galaxy‘s gameplay is designed around, Nintendo was able to toy with players’ minds and expectations as to how there mascot’s primary ability, his jumping, would work. Rooms that constantly switch the flow of physics may have Mario standing on the ceiling one moment only to be falling toward a spiky floor the next, while the various-sized multitude of orbs that make up stages can be fully encircled, allowing for upside-down, sideways, and all-over possibilities as to how obstacles are overcome. Simply stepping onto one of these planetoids and wrapping one’s brain around the mechanics is part of the joy, and until you’ve made Mario do an endlessly looping jump into orbit, you haven’t gamed.

With such wondrous invention complemented by brand new costumes and powers, a beautiful hub world, and a fully-orchestrated score (a first for a Mario game), Super Mario Galaxy stands not only as one of the best of the series, but one of the greatest games ever made.