As the gaming landscape continues to shift, there is a big push from players to include more women in prominent playable roles. Simply having female characters in the game is no longer good enough. Players want to see real women taking on whatever life throws at them. Diversifying gamings cast of characters will take some work, but it is not an impossible task. 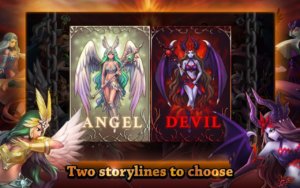 Angels and Monsters: The Eternal Feminine

For as long as there have been stories, women have been cast by men as angels and devils. The angels are pure of heart, often fair-haired, and usually put in harms way so that a hero can prove his worth. Devils are strong-willed, raven-haired, and typically cause distress for our young heroes. Over the years there have been slight modifications to these archetypes, however, the core characteristics prevail. While today’s angels remain in distress, I would argue that modern devils have become “strong women.”

The damsel in distress is a problem for obvious reasons. Women are tired of being seen as delicate flowers that cannot fight their way out of a paper bag. The strong female warrior is problematic for less obvious reasons. It is undoubtedly wonderful to see a woman charge into battle with nerves of steel, yet these strong women that the gaming industry create are far from realistic. They are flawless, cold, calculating, and lack a substantial back story.

When female gamers see these steely women on screen navigating a male-dominated world, they may be thrilled at first. As the story continues, however, it becomes more and more difficult for the gamer to connect to the imagined woman on screen. That woman, seemingly out of place in the game, is the product of the male gaze. For centuries, men have written a script for women to follow. While women have begun rewriting their own parts, there is still a lot of work to do. A vast majority of female characters find themselves trapped within the confines of the eternal feminine, and it is up to all of us to help them break free. 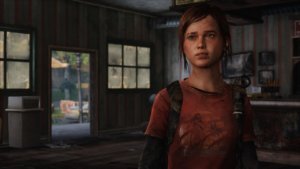 Think about all of the female characters who have cemented their place in gaming. Those characters who might not have been a protagonist, but certainly made their presence felt when they walked on screen. They are someone we would want on our side while trying to survive day to day life AND when we suddenly find ourselves whisked off on a wild quest. Although we have pushed gaming to continue providing us with a greater variety of female characters, we can do better.

Obviously, the best way to represent women positively in gaming is to get more women into the writer’s room. That is not to say that men cannot write women. However, women experience the world differently than men do, and only they can authentically capture that experience. When women are presented solely through the male lens the results tend to leave players dissatisfied. At least have women provide input on scripts before moving forward to ensure that people can relate to the main characters. Of course, we cannot stop at writing better women. We need to ensure that all women have a chance to step into the spotlight.

Diversity and inclusivity will take gaming to the next level by providing a greater sense of representation that will only add to the gaming experience. Games that are not afraid of breaking binary genders, learning about other cultures, or depicting various body shapes draw us in faster. Seeing real people on the screen allows us to stand beside characters every step of the way. This is especially true for female gamers who are bombarded with beauty standards on a daily basis. 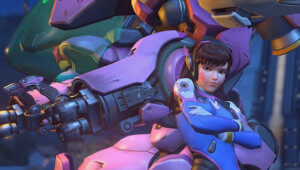 Yes, there will be some growing pains as women take their place on cover art. It happens to every medium. Gaming just happens to be next on the list to grow up. To be perfectly fair, no medium has mastered female representation. Even literature, the oldest form of entertainment, is still learning to create relatable female characters.

Some will argue that the male audience is the only one that matters because gaming is for boys. The truth is, girls have been there since the beginning, and we will be there until the end. Like it or not.

Representation matters. Always. It’s the reason conversations about the objectification and sexualization of women continue to happen. Ellie from The Last of Us has become the new benchmark for female characters because she challenges the norm. Female gamers in South Korea rally around D.Va from Overwatch because they too face long odds in a male dominated world. We need to feel connected to a community that understands us. We need to know that the gaming industry sees us because we certainly see the gaming industry.

Elizabeth is a part time gamer and a full-time bookworm from the San Francisco Bay Area. She tends to favor indie games but has found herself conquering AAA games when the opportunity presents itself. Over the years she has learned that cute robots can be deadly, keyblades make excellent weapons, and pie can solve just about any problem.