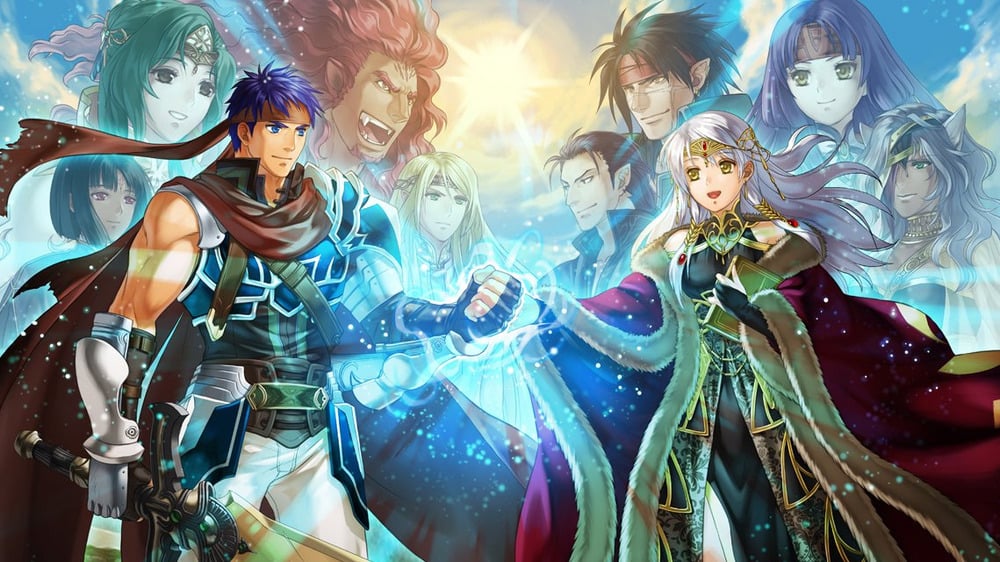 Fire Emblem: Path of Radiance brought plenty of new features to the Fire Emblem series, including the Laguz, the base, and even voice acting. While many new aspects of the game went on to become series mainstays, one gameplay mechanic was unfortunately forgotten after its final appearance in Fire Emblem: Radiant Dawn. The biorhythm system is extremely underrated despite appearing in two of Fire Emblem’s most beloved games. It is arguably one of the franchise’s most unique mechanics, but never made it outside of Tellius even though it adds so much unpredictability to every battle. It deserves to make a return to the franchise one day, whether it is in the form of a remake of Path of Radiance and Radiant Dawn, or in a completely new game. Though it is already an existing mechanic, it was extremely underused; therefore, it will seem new and exciting in a remake or another game.

Biorhythm is a mechanic that causes fluctuating hit and avoid points in Path of Radiance. In Radiant Dawn, it also affects skill activation and the character’s ability to find hidden items. This is represented by a sine wave on any character’s status screen. The wavelength fluctuates throughout each battle, going from best to worst. In Fire Emblem: Path of Radiance, best adds 5 to both the hit and avoid rate, while worst subtracts 5. In the sequel, best and worst now add and subtract 10. Along with that, the skill activation and chance to find hidden objects varies by percentage.

The change in hit and avoid rates may sound minor, but it can be the difference between victory and defeat. Meanwhile, the additional benefits from Radiant Dawn do not affect the battle as much, but can still be helpful. Fire Emblem: Radiant Dawn’s biorhythm also operates on a set pattern for specific characters. For example, Micaiah spends a long time in both the best and worst sections compared to Soren, who is constantly fluctuating between all spots on the sine wave.

Biorhythm not only affects player characters, but also enemies. This means that the opponents can have an advantage against an ally, or a disadvantage depending on where their wavelength is at. A playable character at best will surely defeat an enemy at worst, but the opposite could lead to the fall of a beloved ally. Though this can be an issue, the fact that enemies are affected by it too makes the system fair. It could be made even fairer if casual mode were implemented in a new game, so that a unit never falls to an unlucky attack.

Why is Biorhythm Important?

This feature adds an extra layer of strategy to the tactical rpg series. Rather than having set values that the player can always count on, the biorhythm system can make every turn unexpected. Especially in Fire Emblem: Radiant Dawn, where the difference between best and worst is even larger, a usually dependable unit may suddenly begin missing all of their attacks and getting hit by every enemy’s counterstrike. It makes it difficult to predict the outcome of the battle. For some, it may be infuriating that their strategy can go wrong so easily. But for others, it gives them even higher stakes and makes them feel more accomplished when they complete the level.

It makes sense in the story of both Path of Radiance and Radiant Dawn as well. The characters’ fluctuating skills could represent their morale wavering throughout the grueling battle. However, the fact that it is random rather than affected by what happens to the unit makes this theory seem unlikely. If Biorhythm were to return to the series, it could surely be implemented better in this sense. For example, a character could drop to worst if a close friend falls in battle, or spike to best after they defeat an enemy.

With the addition of story-based variation and casual mode, a remake of Path of Radiance/Radiant Dawn would be able to handle biorhythm better than the original games. Additionally, the game could give a better explanation of what each value means. One of the biggest issues with biorhythm is that it is hard to understand without outside assistance. In order for it to be successful in a remake or a new game, the developers would need to make it easier to understand and learn so that players can strategize properly.

While it can be difficult to work with at times, biorhythm presents a challenge that requires extra strategy. The lack of stability in stats means that players have to pay close attention to their units’ sine waves to determine who should initiate battles and who should stay in safety. Not only that, but they must observe the biorhythm of the antagonists as well. For a franchise based upon strategy, this system is a welcome addition, though unfortunately not one that caught on. With some fine-tuning, Fire Emblem: Path of Radiance’s biorhythm could potentially become a series mainstay if it were to return in a future game.