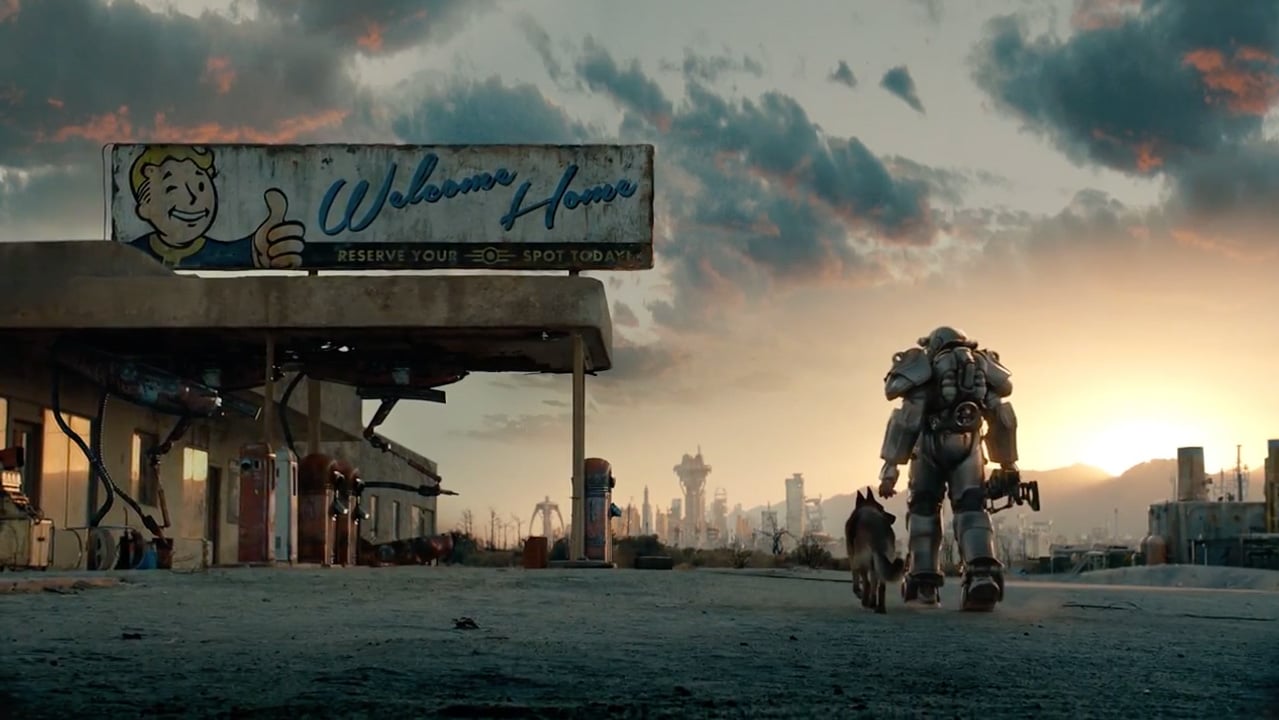 This time last year, it seemed as if the entire gaming world had Fallout fever. After a much-hyped E3 presentation, and the release of Fallout Shelter for mobile, gamers around the world were collectively ready to pop for the post-apocalypse.

To be fair, there’s a lot that’s praiseworthy in the latest installment of the franchise. The voice work is top notch, and the gusto with which certain members of the cast have embraced the fans is heartwarming. Inon Zur’s score is perfect, both haunting and hopeful, and manages to feel somehow quintessentially New England. The visuals are beautiful, capturing a once vibrant world lost to the hellfire of nuclear apocalypse and struggling to rise from the heavily irradiated ashes. Companions are dynamic, and their commentary adds color to the journey through the ruins of Boston.

On the surface, Fallout 4 should have been a raging success, one that left fans raving and raked in awards. After all, on the surface, the game has it all: eye candy galore, a vastly improved combat system, and some truly standout set pieces.

But that’s the problem: it’s all surface.

Digging in a little deeper with the title, it’s impossible to notice how shallow it feels in its narrative. With the removal of the karma system, and a relatively forced path through the plot line, the illusion of choice feels like an afterthought, rather than a driving mechanic of the game. Though you’re ultimately asked to choose a faction, you have no further say in how the narrative resolves. 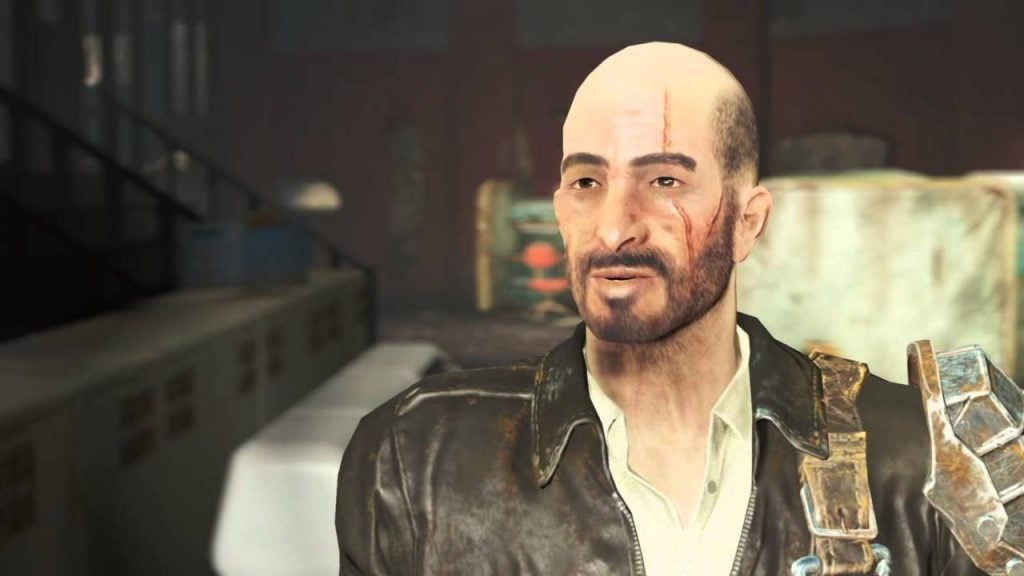 Take, for instance, the player’s confrontation with Kellogg at the conclusion of the game’s first act. Whether you, the player, want to kill him or would rather reason with him, you have no say in the matter. There is no opportunity to engage with him in any way that meaningfully affects the narrative.

This would be frustrating, if forgivable, if it wasn’t immediately followed by an extended participatory flashback sequence, in which the player is made to re-live key moments in Kellogg’s life, highlighting his struggles and none-too-deftly delivering the message that Look! He wasn’t so different from you! Though I fully support characters whose morality might be described as ‘grey at best’, this moralizing trip down memory lane rings hollow — the player bears no personal responsibility for the mercenary’s death.

Of course, it’s impossible to talk about Kellogg without talking about what stands out as the most glaring missed opportunity in the game. Upon emerging from the memory lounger and reconvening with Nick, an archetypical hardboiled PI with a mechanical heart of gold, there’s a chilling moment when Kellogg’s voice emerges from Nick’s body, offering commentary from beyond the grave. It’s made even more unsettling by Nick’s total lack of awareness of the incident. Could Kellogg still be in there, lurking, after all?

It’s a tantalizing possibility, one that could have opened up a far more morally complex storyline than the one we’re ultimately saddled with. What and who are you willing to sacrifice to save your son — and what’s to become of those who you trample over?

The issue of your son is another matter of narrative collapse. His ultimate reveal as Father, head of the Institute, is predictable and the failure to build any meaningful connection between the player and their son means that decision of whether to betray him or remain loyal comes without any emotional heft. Father’s motivations never truly add up to a cohesive character, either; he states he has let you out into the world as a sort of extended science experiment, complete with a wild goose chase, but later reveals he wants you to assume the leadership of the Institute after his death. Why a man with no relationship with or emotional attachment to his parent, and no knowledge of their intellectual capacity, would choose that person –a virtual stranger— to continue his life’s work, as opposed to one of his many loyal and well-trained staff members is a question that still boggles my mind. It makes no logical sense. 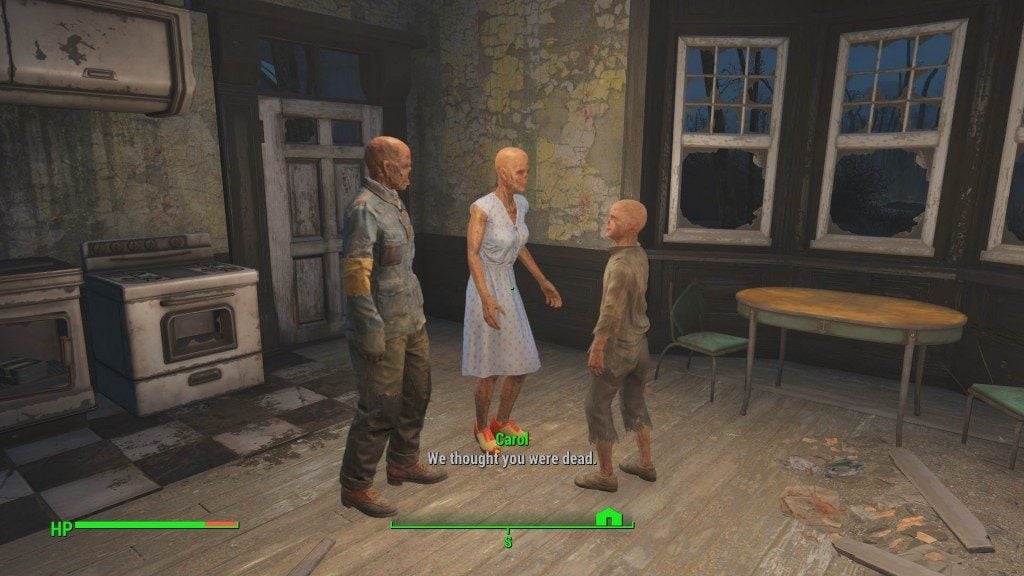 These holes pop up across the fabric of Fallout 4. While “Kid in the Fridge” is a heartwarming moment, its central premise is wholly inconsistent established universe rules for ghouls. Paladin Danse is never given a resolution to his character arc after the reveal that he himself is a synth, an abomination in the eyes of the organization he holds so dear. Preston Garvey, an interesting, compassionate, and complex character, is reduced to jokes for his over-delivery of Minutemen quests. The Memory Den itself sits as a shrine to narrative possibilities left by the wayside.

Which is a shame. There’re some real moments of brilliance in the game’s writing; the entire Silver Shroud quest line is an inspired bit of fun; the quest to free the USS Constitution is strangely satisfying; and the encounter with Captain Zao on the Yangtze underscores the tragedy of the war in a way that feels far more poignant than the main quest line ever does.

Ultimately, Fallout 4’s legacy will be that of unfulfilled promise, a game of What if? While fans will likely return for the next installment, the hype machine will come against a far heavier dose of skepticism than this latest entry. It remains to be seen if Bethesda can learn from its mistakes, and rise to the occasion.

Sami Yuhas is a freelance writer and designer. She enjoys RPGs of all kinds and carries a special torch for Garrus Vakarian.