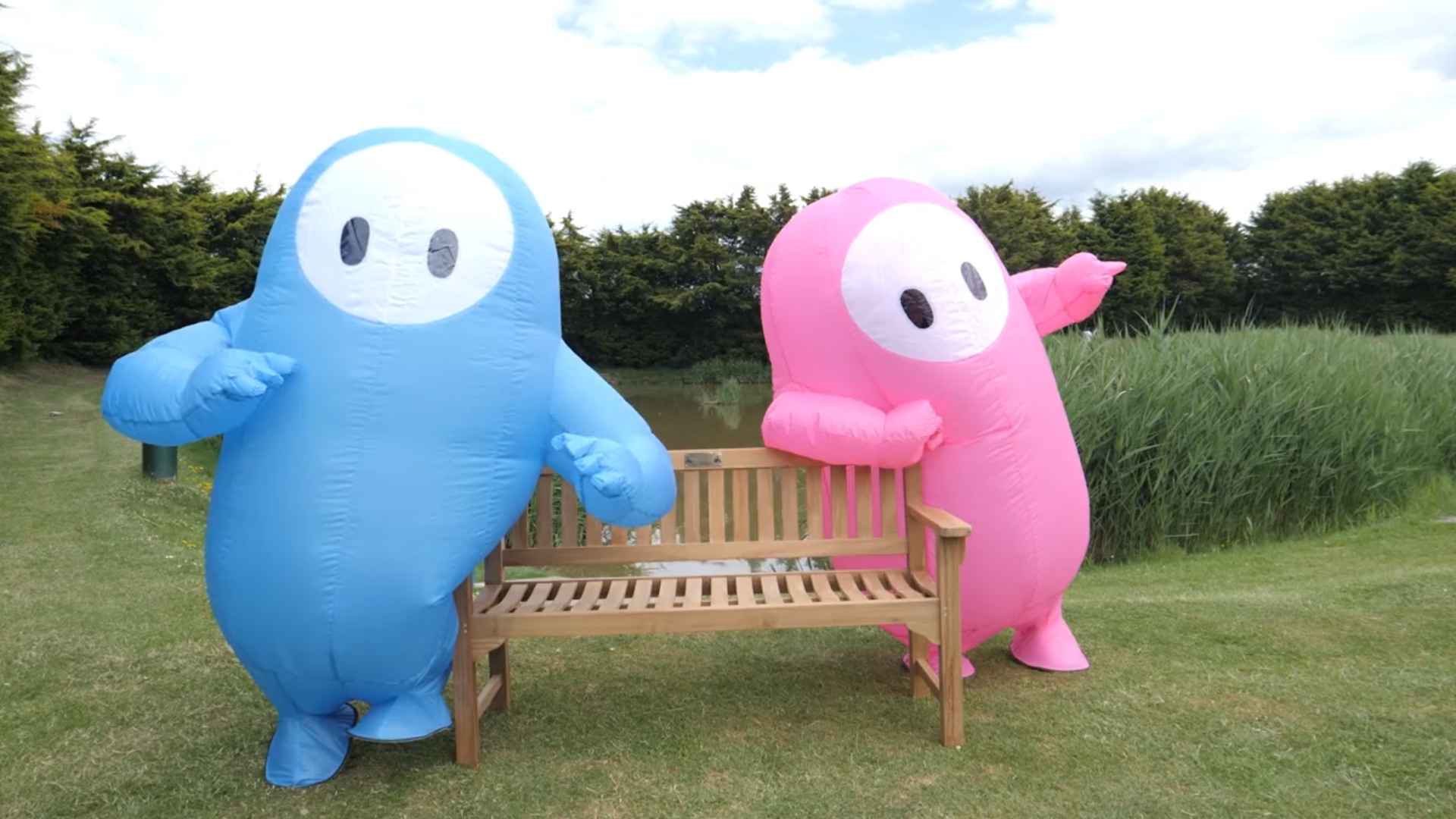 To celebrate Fall Guys turning free-to-play this month, the game’s marketing department cooked up a rather baffling meme stunt in the infamous seaside town of Skegness in Lincolnshire, England. Skegness, which has been rated as the worst seaside resort in the UK by consumer advocacy brand Which? for three years in a row, is now the site of the official Fall Guys bench, and an small opening ceremony was performed by the mayor in a video posted to Twitter by the Fall Guys social media account.

The video shows off the brand-new meme bench, complete with a golden plaque with the words “The official bench of Fall Guys, sit for free from 2022″ written in what appears to be Comic Sans font. The bench is made of high-quality oak and is described as being a short 53-minute walk from the beach, which alongside the live musical rendition of the game’s main theme is an impressive level of dedication for a joke that is only really hilarious to people living in the UK who are aware of Skegness’ reputation.

The joke becomes even funnier, however, when developer Mediatonic replied to the Tweet from the Fall Guys account claiming the bench stunt is “the MOST ridiculous thing you have EVER done” and has left them “bewildered”. The game account responded that they were granted a “meme budget” but Mediatonic later claimed that was only meant for “big scale projects”. While this interaction is likely part of the meme and not to be taken seriously, the whole ordeal has regardless achieved its goal of raising awareness of Fall Guys going free-to-play.

The full video can be watched below to see the entire announcement, which is well worth a watch just for the sheer awkwardness of the opening ceremony itself. For more Fall Guys content on Goomba Stomp, check out our piece on why team games can at times be more frustrating than challenging.

I don’t want to lose my job pic.twitter.com/2feaMJsfmM