Everything you Need to Know about the Latest ‘Super Smash Bros. Ultimate’ Direct

Leading up to the today’s Super Smash Bros. Ultimate Nintendo Direct, I couldn’t help but think that it would be a massive let-down. I mean how much more could Nintendo add to the conversation given that they spent the majority of their E3 Direct on the hotly anticipated fighting game? I was wrong. The latest Direct more than exceeded my expectations with the announcement of five new characters, over 800 songs, and more than 300 stages. And that’s not all! All five new characters will receive their very own amiibo and Nintendo is releasing a special edition box set that includes a copy of the game, a Nintendo GameCube Controller, and a Nintendo GameCube Controller adapter.

Here is a breakdown of everything you need to know about the latest update to Super Smash Bros. Ultimate.

REDMOND, Wash.–(BUSINESS WIRE)– A legendary vampire hunter and a fan-favorite villain are joining the sprawling cast of the Super Smash Bros. Ultimate game. In a Nintendo Direct video presentation entirely focused on the Nintendo Switch exclusive, it was revealed that Simon Belmont from the Castlevania series and King K. Rool, the main antagonist from the original Donkey Kong Country games, are both joining the game as playable fighters. In addition, the Nintendo Direct also shared additional information on Echo fighters, new stages, new modes and one of the most impressive collections of music ever in a single game, with more than 900 music tracks and 28 hours of music. Super Smash Bros. Ultimate launches exclusively for Nintendo Switch on Dec. 7. 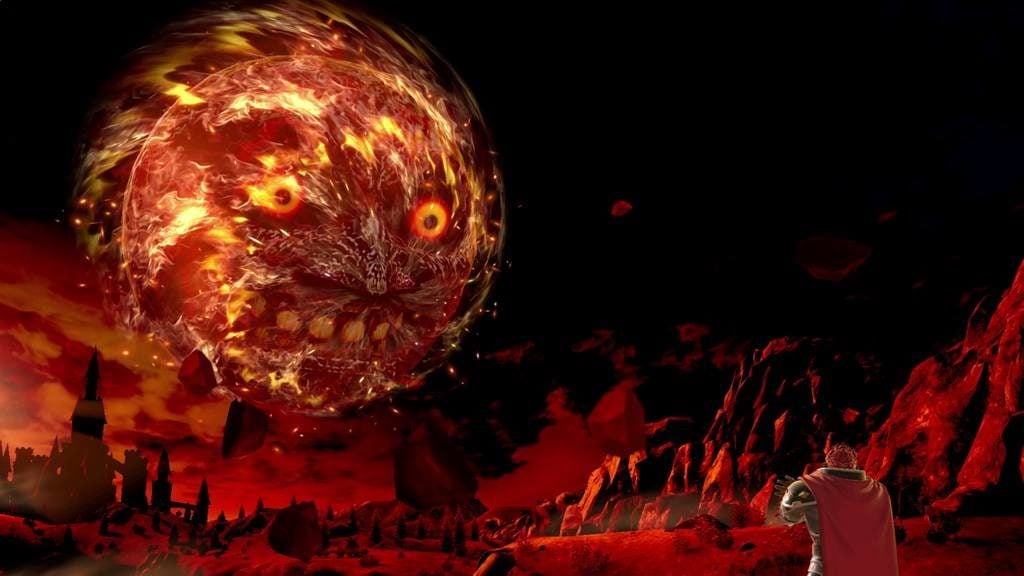 A legendary vampire hunter and a fan-favorite villain are joining the sprawling cast of the Super Smash Bros. Ultimate game. (Graphic: Business Wire)

“Super Smash Bros. Ultimate is one of the biggest games Nintendo has ever released,” said Doug Bowser, Nintendo of America’s Senior Vice President of Sales and Marketing. “Between all the iconic fighters, stages and music, it’s the largest video game crossover ever produced – and nothing short of a Nintendo fan’s dream come true.”

To view the Nintendo Direct video in its entirety, visit https://www.nintendo.com/nintendo-direct. Some of the highlights revealed in the video include: 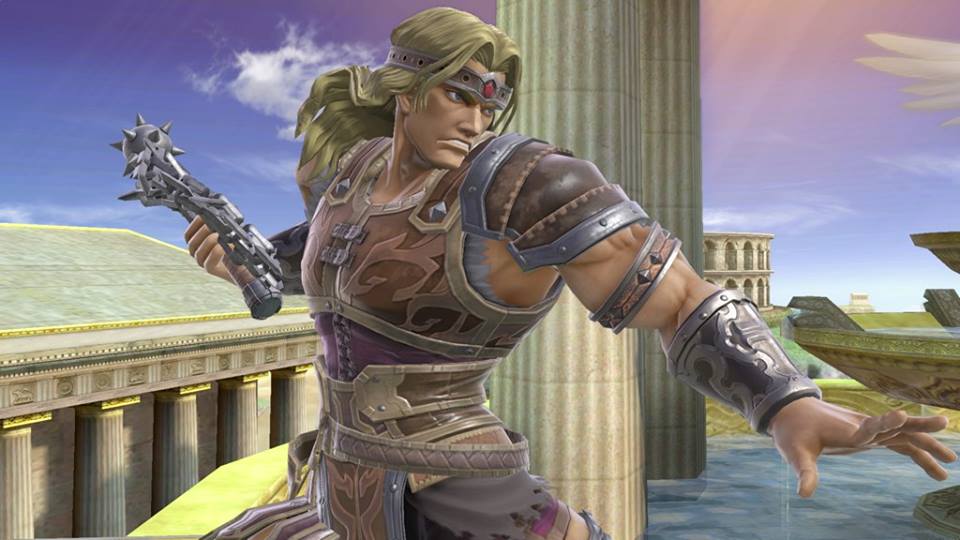 Simon Belmont: Simon’s signature weapon is, of course, his whip, with special attacks true to the Castlevania series, including the axe, cross, holy water and Grand Cross Final Smash. His stage is Dracula’s Castle, with candlesticks that release an item when destroyed. Alucard, the tragic hero from Castlevania: Symphony of the Night, appears as an Assist Trophy, lending his cursed steel in battle. Richter Belmont, a descendant of Simon Belmont and the star of his own Castlevania games, also joins the Super Smash Bros. Ultimate roster as an Echo fighter.

King K. Rool: As the beloved villain from all three Donkey Kong Country games on Super NES, King K. Rool joins Super Smash Bros. Ultimate as a playable fighter. He attacks with a blunderbuss that can fire cannonballs at opponents, and throws his crown, which acts like a boomerang.

Stages: Returning favorites with new visuals and tweaks will make up most of the stages in Super Smash Bros. Ultimate, but there are new stages in the mix as well. These include Dracula’s Castle from the Castlevania series and New Donk City Hall from the Super Mario Odyssey game. More than 100 stages will be in the game, but because the popular Battlefield and Omega forms can also be selected for each stage, more than 300 total stages are available right from the start! Each stage in the game will also support eight-player battles (additional accessories may be required for multiplayer modes and are sold separately) and feature the ability to turn off hazards like the Yellow Devil in Wily Castle.

Stage Morph: In a Super Smash Bros. first, the Stage Morph option will let players seamlessly transition between two different stages. When you select this option in the rules, one stage will transform into another during battle. 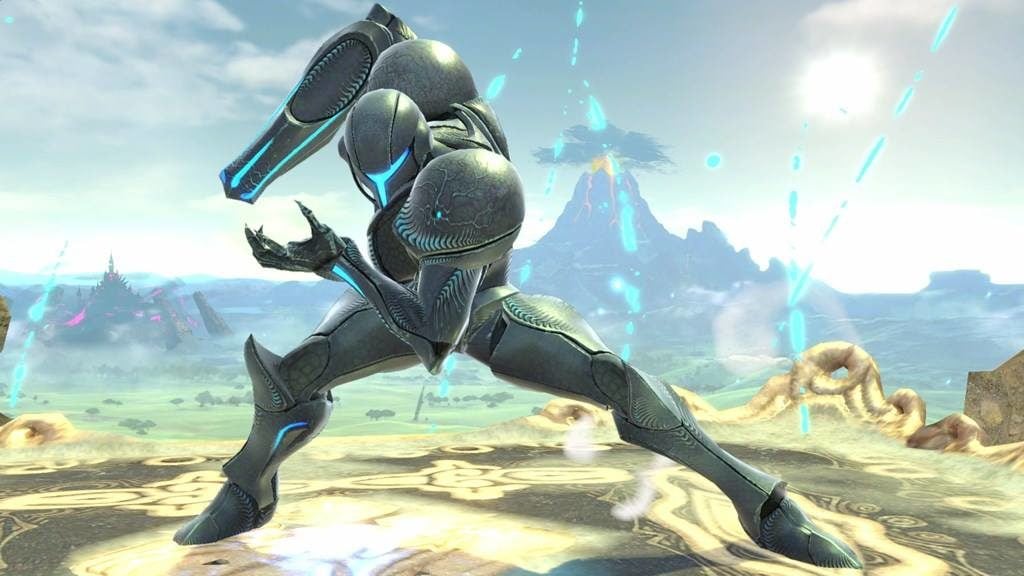 Music: For fans that want it all, My Music lets players select specific music tracks for each stage. Up until now, each stage had its own music track. But in Super Smash Bros. Ultimate, players can select tracks by series. If they are fighting on a stage from The Legend of Zelda, for example, they can select any music track included from that franchise, including new additions like The Legend of Zelda: Breath of the Wild – Main Theme. Counting game music tracks and other music, like in-game menus and other short musical passages, there are approximately 900 compositions – that’s more than 28 hours of video game music! When playing in Handheld mode, music can be played even while the Nintendo Switch screen is turned off, turning the system into its own portable music player.

Items: New items being added to Super Smash Bros. Ultimate include the Banana Gun, Killing Edge, Bomber, Death’s Scythe, Staff, Ramblin’ Evil Mushroom and Rage Blaster, among others from a wide variety of different video game franchises. Items in the game can be picked up and used offensively and defensively in battle. 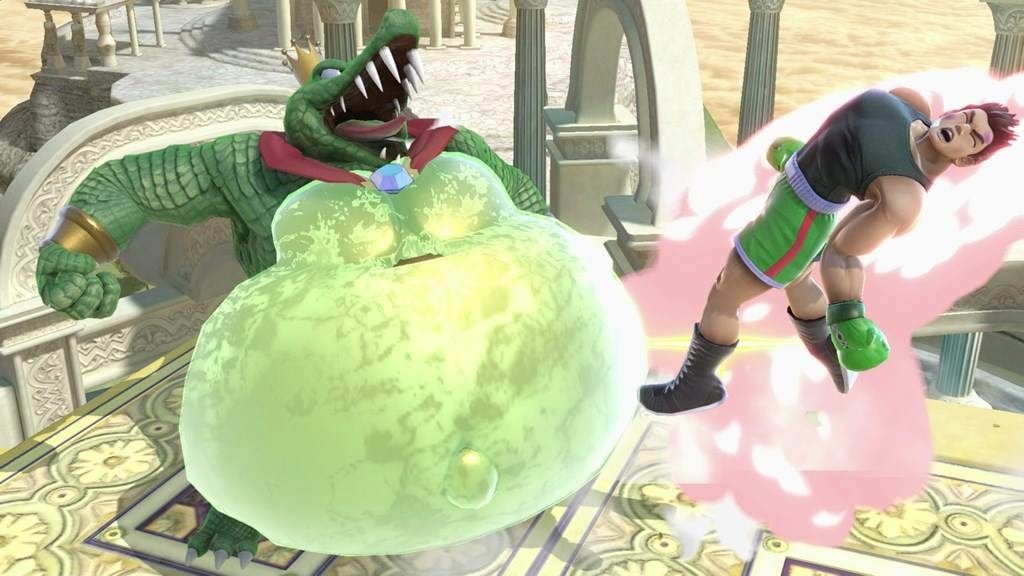 Pokémon: After players throw a Poké Ball in the game, many new and returning Pokémon may appear to assist in battle. Some of these Pokémon include Abra, Solgaleo, Lunala, Mimikyu and the enormous Alolan Exeggutor.

Assist Trophies: Some of the new Assist Trophies that are joining Super Smash Bros. Ultimate include Zero from the Mega Man X series, Knuckles from Sonic The Hedgehog, Krystal from Star Fox Adventures, Rathalos from the Monster Hunter series, Shovel Knight from, well, Shovel Knight and the evil Moon from The Legend of Zelda: Majora’s Mask.

Classic Mode: The single-player mode in which players battle against a series of fighters will return in Super Smash Bros. Ultimate. Each fighter has a set of stages and opponents that she or he will face.

Stamina Battle: In addition to Time Battle and Stock Battle, Stamina Battle is also one of the standard modes in Super Smash Bros. Ultimate. In Stamina Battle, players fight to deplete each other’s stamina until only one fighter is left standing.

Squad Strike: When playing Squad Strike, players will participate in 5-on-5 or 3-on-3 skirmishes, with each player using either five or three consecutive fighters in one battle. 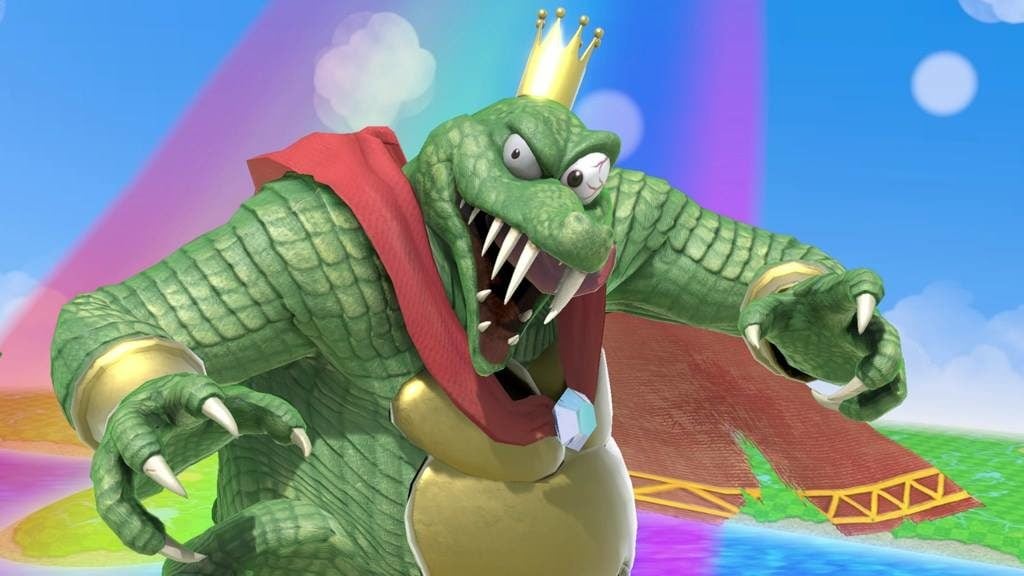 Tourney Mode: Up to 32 players can participate in Tourney mode, making it great for parties or events with a lot of people. And since Nintendo Switch can be played anywhere, these tournaments can even take place in unexpected places!

Smashdown: After battling in this mode, the previously selected fighters will no longer be available, forcing players to have to pick a different fighter for the next round. This mode favors players who are skilled with multiple fighters and encourages others to diversify their rosters.

Training: The improved Training mode in Super Smash Bros. Ultimate includes an exclusive stage that features a grid, used to help measure the distance and trajectory of special moves and fighter knockback.

Immunology 101 With ‘Cells at Work’