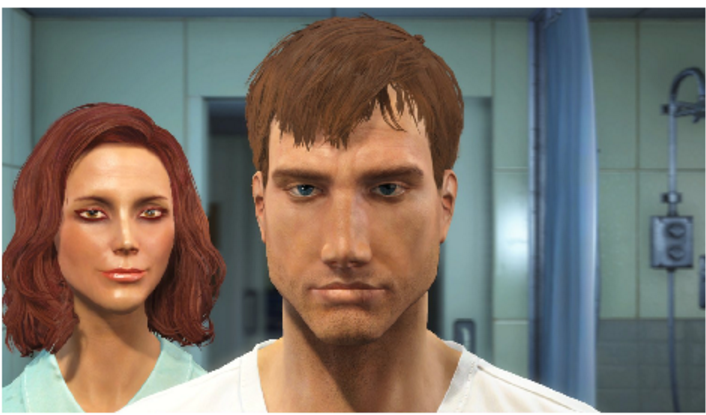 We’ve all been there at some point during our gaming crusades. Hours spent on customising our character’s physical appearance like the imminent struggles ahead waivered on what shape our jawline took or what style of eyebrows made our character more menacing. All this time invested only to notice that our characters face during dialogue looks more like Sloth from the Goonies French kissing a lemon. Bad times!

Few games executed this feature tremendously (Fallout4, Dragon Age, Saints Row) where some games should have kept the ability to customise the main character out altogether (Mass Effect, GTA Online, Rory McIlroy PGA Tour). This can sometimes beg the question; What ever happened to Face Mapping? 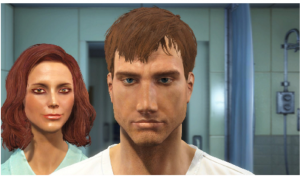 An attempt at creating my character on Fallout4. I don’t think I would have survived the wasteland if it wasn’t for that stella chin!

For those who may not know, Face Mapping was the phrase used to describe the ability to import your own face simply using a camera into the game enabling you to effectively play as yourself.

One of the first games to add this unique feature was the ridiculous mouthful of a title; Tom Clancy’s RainbowSix Vegas 2. It soon became exciting to see your own face on your computer screen and not to mention it was a great way to see what you would look like if you were bald (sadly the game didn’t generate hair too well).

Following this, very few games adopted the face mapping feature and those that did, didn’t execute it too well with some characters looking nothing like the individual at all (welcome back Sloth!). Even now, many years later, only the odd EA sports game such as EA Sports UFC and NBA 2K still utilise this feature.

But why is this?

To do this properly and seamlessly would take a lot of energy and resource, so many developers may feel that the rewards simply don’t justify the means. Let’s also remember that we are soon heading into the next phase of gaming that is VR which almost undermines the need for such features. Then, of course, there are people who believe seeing their own face on the protagonist would pull them out of the emersion experience that we all long for. 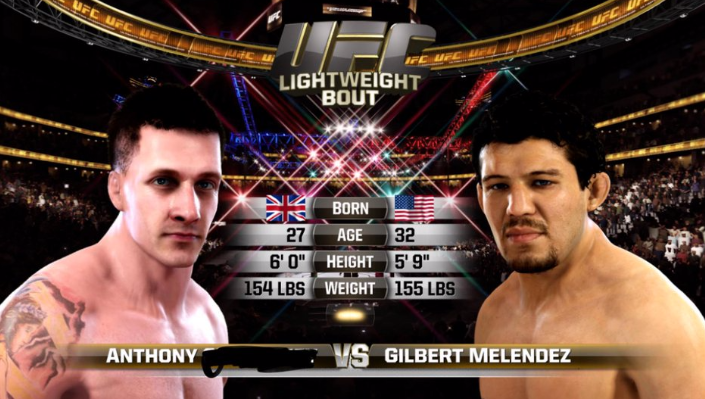 EA Sports UFC and my attempt at importing my face into the game.
It was always a strange feeling watching someone beat the shit out of me. Well, I think that’s me.

Regardless, we haven’t seen the end of Face Mapping with companies such as Uraniom  working towards the goal of making this feature available for everyone. Using their app they’re allowing anyone with a compatible tablet or mobile device to capture a virtual model of your face then using mods that are currently open to the public, applying that model on to your playable character in games previously mentioned such as Skyrim, Fallout4, GTAOnline and Fifa.

Uraniom successfully demonstrated this feature at CES 2016 with Fallout4 and the response was electric with some individuals calling it out as “Amazing” and that it “Worked incredibly well”. Needless to say that in any case, this feature is far from dead.

Face Mapping may not have been initially successful as many hoped but like a lot of new concepts brought into the video gaming industry we learn from these and move forward generating new ways of thinking and learning lessons along the way. Lessons like the fact that it’s always funny to import your dog’s face into your favourite EA game and that it’s NEVER a good idea to join together with the two words – Face Mapping as the word ‘Fapping’ has already been taken and leads to some very confused expressions.

An avid gamer still grieving over the loss of Aerith Gainsborough. Picking up the pen for the first time he plans to make a name for himself as a writer and share his own thoughts and ideas with anyone who’ll listen! You can find him on Twitter @KovalGrey and now he’s taken to Youtube ranting about things such as ladders. Yes, ladders.