Deltarune is a playable teaser for a new game by Toby Fox with a (wibbly-wobbly) relation to the Undertale universe. It was released for free on October 31, and you can download it here for Windows and Mac, along with a new soundtrack. (Be advised, however, that there are issues with uninstalling the game. Toby tweeted that uninstalling may delete whatever directory you saved it to, which obviously may have unwanted consequences. There isn’t currently a fix for this issue, so be aware of the problem when installing.)

To avoid all possible spoilers you might want to stop reading and go check out the game now, but we’ve also covered just the facts of the game below, so you can get an idea of what Deltarune is, and what Toby is planning for future Undertale games without having the story ruined. (For that, scroll even further down.)

The Deltarune demo itself is about 2-3 hours long, which is not bad at all for a surprise release with the misleading title ‘Survey_Program.’ This Deltarune teaser is the first chapter of a new game Toby has announced plans to work on, this time alongside a team of creators still in the making. As of right now, the game is in its very first stages, and we might be waiting a few years (a maximum of seven, apparently) to see the rest of the story. However, that story is fully planned, and Toby revealed that the game has been in the works since at least 2012, meaning that Deltarune has been a part of Undertale from the very beginning.

Toby also addressed how the game relates to the world of Undertale. Savvy players noticed from day one that Deltarune is an anagram for Undertale, but Toby has said that the game is not a sequel, or even a prequel. As Toby puts it: “I don’t know what you call this kind of game. It’s just a game you can play after you complete UNDERTALE, if you want to.” Whatever Deltarune is, if you enjoyed the first game, you’ll absolutely want to see where this story goes.

That’s all we know from the information Toby has shared, but there’s much more we can guess at from the game itself. So go ahead and play the demo, then come back and dive into the spoilers with us as we try to work out what Deltarune is really about.

What the hell did I just play?

If you’ve played Chapter One of Deltarune, as well as Undertale’s pacifist and genocide routes, there’s a good chance you still finished the playable teaser with a distinct feeling of “what the hell just happened?” Here’s what we know — spoilers and all — about the story of Deltarune: 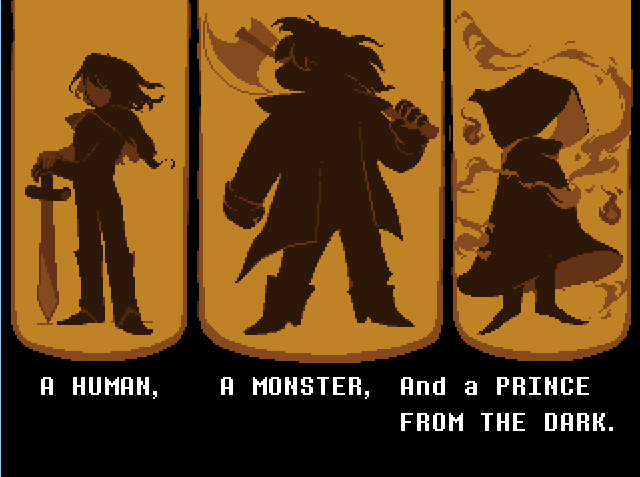 Is it a parallel universe?

First of all, let’s address Deltarune’s most shocking revelation: no, not the final scene, but the fact that nobody remembers you. Characters losing their memories and the threat of having their world reset was a central point in Undertale’s story, and after pulling reality apart to make your friends remember you, it’s uncanny to appear in the world of Deltarune, where Undyne and Sans treat you as a stranger. It’s also clear that these characters have lived different lives; Undyne has no eyepatch in this world, and Alphys actually likes the anime Mew Mew: Kissy Cutie 2. Horrifying.

Toby has suggested that the game takes place in a different universe — an alternate reality, but not a completely separate one. This might explain why that although Undyne and Alphys don’t remember each other, certain other characters do. Burgerpants recognizes you, and it’s debatable whether Sans really has forgotten you (he claims not to, but he also winks when he says it). Sans ought to remember us, as Undertale established him as an omniscient character who is aware of multiple worlds, and the door to his room in Undertale even matches the wormhole doors we use to get around quickly in Deltarune.

One interesting theory, however, argues that Sans doesn’t remember us because Deltarune takes place earlier in his timeline. Undertale patch v1.001 added some interesting items to Sans’ workshop, including a blueprint identical to the one we see in Deltarune, as well as an image in Sans’ photo album of “a poorly drawn picture of three smiling people. Written on it . . . ‘don’t forget.’” Did Sans meet Kris, Ralsei, and Susie long ago? Did something happen to make him forget? And is Deltarune the place he claims to have given up trying to get back to? 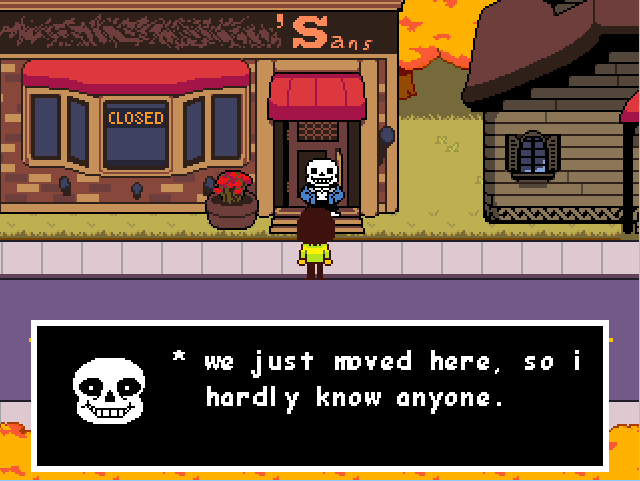 There is clearly more to uncover about Sans’ story. Toby has promised us that “UNDERTALE’s world and ending are the same as however you left them,” but that just seems to mean that a whole new world is in danger, and the same monster might be behind it all…

What was the ending scene about? Who am I?

In the final scene of Deltarune, your character (or your body at least) drags itself from the bed, sleepwalks to the center of the room, and rips its heart out (or is that its soul, the player?). It throws its heart into a cage before drawing a knife and smiling directly at the screen. It’s quite the conclusion, and its explanation lies in some pretty complex Undertale lore.

The theory is that after setting Chara (the original fallen child) free in Undertale by murdering everything, the child has returned to terrorize a new world, just as promised at the end of the genocide run (“Let us erase this pointless world, and move on to the next”). In the original world — the one we hear about in Undertale — Chara was Asriel’s adopted sibling, who died and encouraged Asriel’s transformation into Flowey. In Deltarune, Chara seems to be possessing Kris, just like how in Undertale’s genocide run we seem to embody Chara, and hear its voice speak to us in red font. 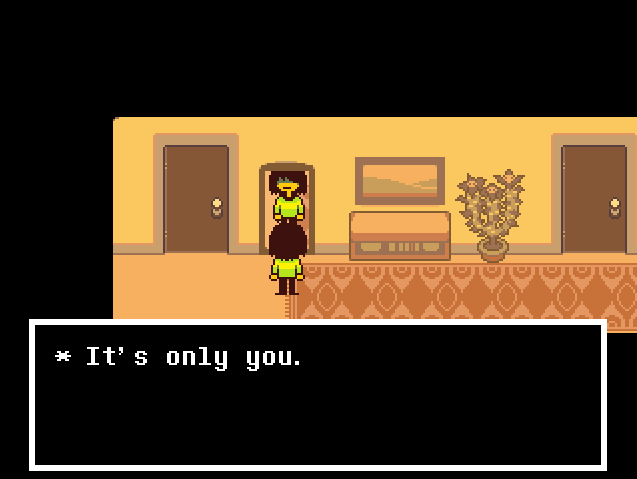 What Chara’s purpose is in possessing Kris is made all the more mysterious by the suggestions that this struggle has been going on for a long time. While we wander around town, it’s suggested that our body is rebelling against us; characters tell us we look ill, they ask if we’re feeling alright, and when we try to play the piano at the hospital, we can only produce harsh jarring notes, though the nurse tells us that normally we play the piano beautifully. Even the cage in our room “has seen quite a few crashes,” and there’s a dark stain on the floor beside it right from the very start.

Where is all this going?

Sequel or not, it’s clear that Deltarune is an extension of Undertale‘s mystifying universe. What’s also clear is that the game seems determined not to just continue a formula that worked, but to subvert the ideas of Undertale itself.

Toby has told us that only one ending is planned for the final game — quite a departure from Undertale’s famous multiple endings — but it’s a move which might just make sense. Undertale taught us that our choices mattered, that even if our actions seemed useless we should never give up, and that determination would prevail. The most haunting thing about Deltarune is that as the game repeatedly tells us, your actions don’t matter. There is one ending, with little difference between fighting and sparing characters, but as terrifying as this may seem, it could also be the one route to closure and a timeline that will set Undertale‘s story straight.

Forces are at work that go beyond the power of the player, and our story seems doomed to repeat itself. The question is, can we set things right? 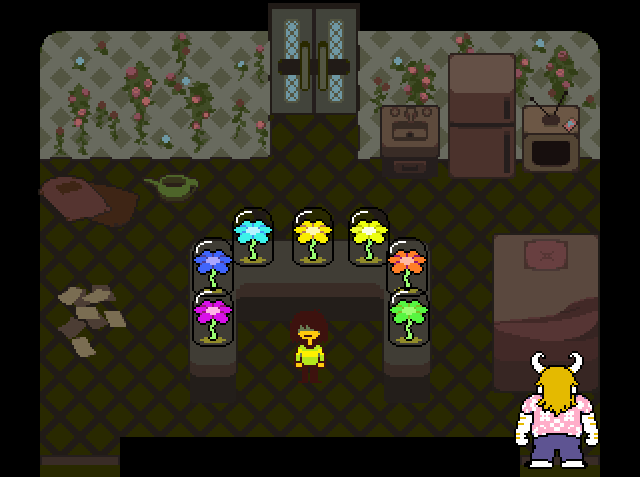