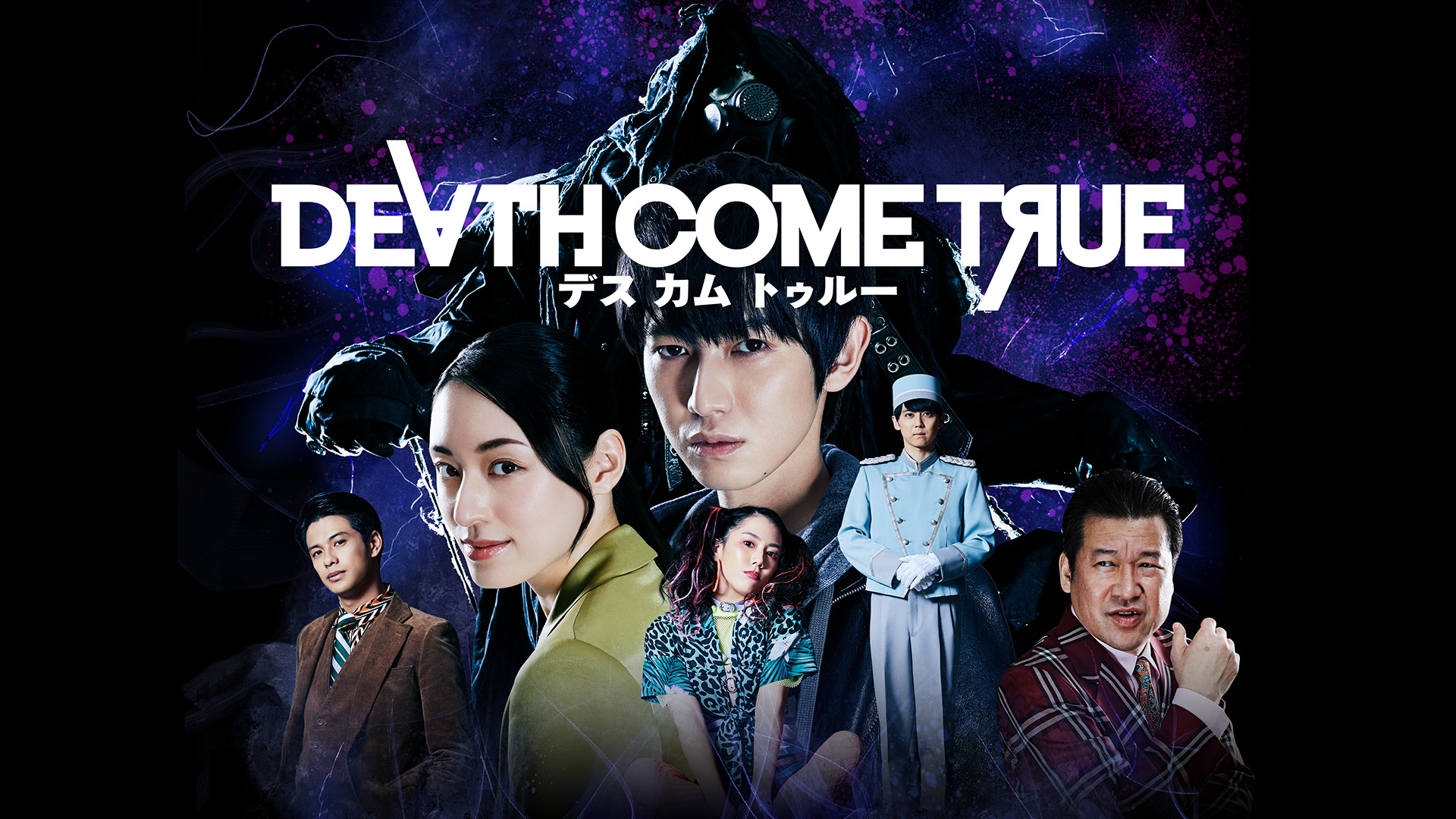 Death Come True is an interactive movie game, released on mobile devices, Nintendo Switch, PS4, and most recently Steam on the 17th of July. The developers are the new on the block Too Kyo Games (formed by ex-Chunsoft employees), and what a way to burst onto the scene.

In Death Come True we step into the shoes of Makoto Karaki, a man who wakes up in a hotel room with no memories whatsoever. Pretty soon he finds there’s an unconscious woman tied up in his bathtub, rough knocking at the door, and a news report on TV labels him as an on-the-loose serial killer. I know I’ve had some bad mornings, but never on this level.

Things somehow only escalate from here, with time and reality starting to warp and snap around Karaki. Now the first thing players are met with upon opening the game is our main character imploring all of us to avoid spoilers, so I’ll do my best to keep away from any major events past those opening scenes. It’s eccentric, colorful, and a broadening mystery delivered in a really great way, that’s a good way to frame how things go as the game moves along.

Somehow Death Come True had entirely slipped under my radar until I had it recommended to me on Steam right after it came out. At first glance, it looked like a good bit of fun. There’s some strange monstrous figure out for blood, reality warping, eccentric characters, and all these things happening inside a mostly empty hotel. Then all the big names attached got me even more excited.

Kazutaka Kodaka (writer of the Danganronpa series) takes the director’s helm. Starring Kanata Hongō (Prince of Tennis, Attack on Titan, Inuyashiki) in the lead role of Makoto Karaki, and Chiaki Kuriyama (Ju-On: The Curse, Battle Royale, Kill Bill) as Akane Sachimura, there’s some serious acting cred on display here too. This is the triumphant return of FMV games, and you’d best know I’ve got a thing for them. Death Come True is probably the most smooth and well-designed FMV game experience I’ve ever had, with slick and simple controls and a great style, plus a load of talent behind it. While the choices aren’t incredibly plentiful, it still feels great having some control over where things go.

There’s a lot of little paths to go down, and a few bad ends, but in the end there’s only a couple of final destinations to reach. Still, it’s getting there where most of the joy of Death Come True is found. The many possible deaths aren’t exactly just empty branches, instead they play a part in the story moving forward. Somehow after experiencing one of these early, Makoto Karaki finds himself waking up in that same hotel bed once more. Both he and the player need to work out exactly what’s happening bit by bit as time starts to bend and break.

Sure the ‘game’ part of Death Come True is almost non-existent, it’s a choose-your-own-adventure novel but in movie form. But for an FMV interactive experience it’s a great ride, a compelling, lightly surrealist story with engaging characters. The little asides are a nice twist, and the interactivity of things actually feels cohesive with the story itself. Death Come True weaves an intricate plot, and things are only enhanced by its methods.

On the ‘game’ side of things, the controls and UI are sleek, unobtrusive, and honestly feel super convenient to use. There’s pause, rewind, and fast forward functions, the choices require a brief click and hold to avoid misclicks, before things get too hectic there’s even a very brief small video shown of what your choice does (though not revealing the wider consequences). After playing a good few other FMV games, it feels like Too Kyo Games has actually got what they should feel like down. And with an anime and several other games in the pipeline for the developers, I feel people should be excited to see if they can bring their unique approach and quality over into other projects.

It’s a movie length experience, just a few hours, and once you’ve reached your ending you’ll need to start over again if you want to explore all the other branches, but honestly Death Come True is a satisfying experience even just once through. With some great writing and plot ideas Death Come True is both a great film and a unique experience with its interactivity. Keep an eye on Too Kyo Games, because if their first project here is anything to go on, I can see great things coming fast in the future.