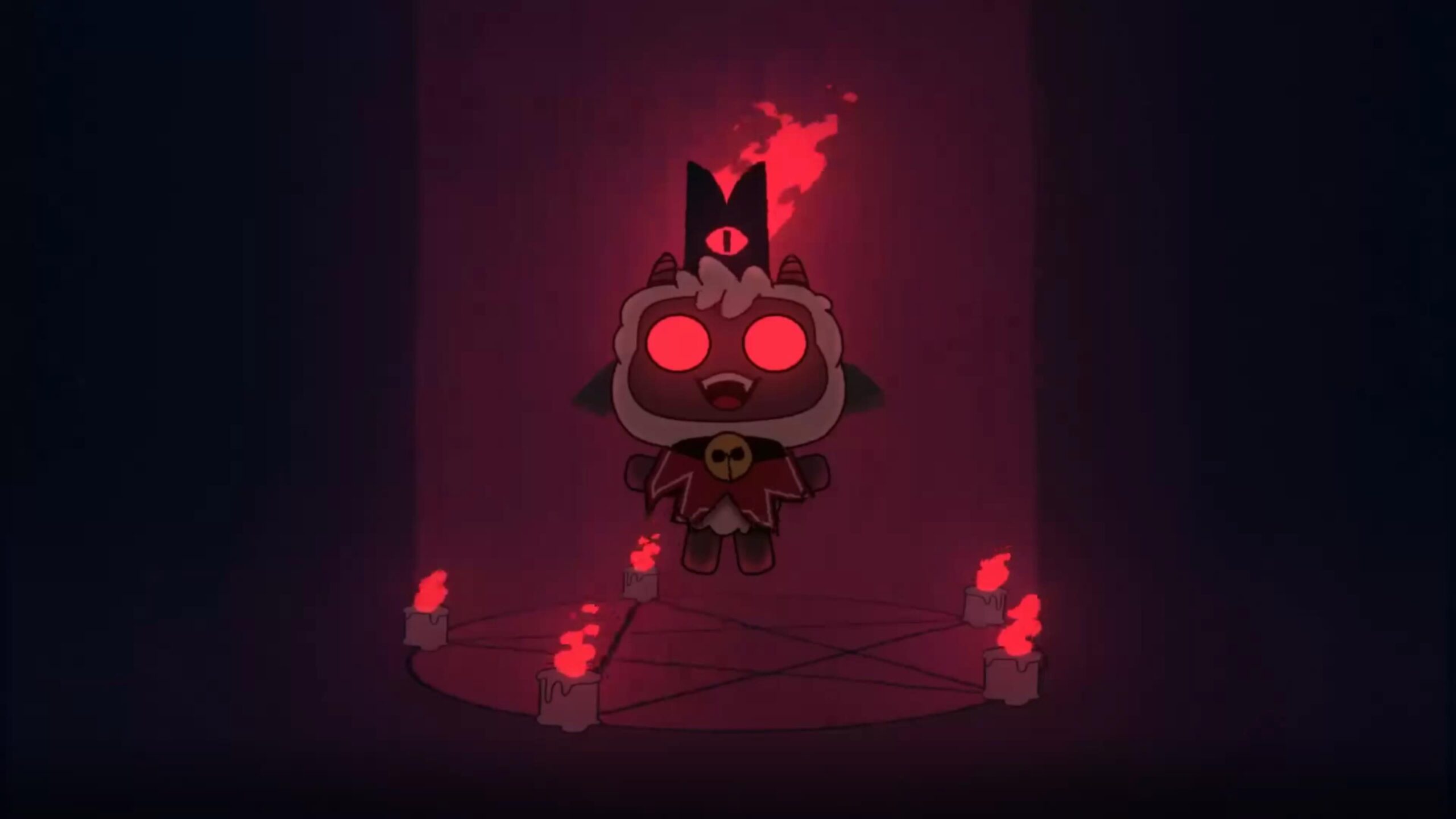 Cult of the Lamb is one of those pieces of art that you just can’t believe actually exists. Like Jojo Rabbit or The Life of Brian, Massive Monster’s cult simulator takes something that absolutely should not be funny and makes it inappropriately hilarious. In this case, though, we’re not talking about the horrors of the Third Reich or the martyring of Jesus Christ but the disturbing subject of cults and the many atrocities that they have wrought.

If you’re familiar with events like the Jonestown Massacre, the mass suicide of the Heaven’s Gate cult, or the tragedy of Waco, you’ll know that cult activity has led to some of the darkest tragedies and moments in humanity’s history. Furthermore, religious fundamentalism, in general, has been the motivator behind countless historical atrocities like the Spanish Inquisition, The Crusades, and the 9/11 attacks.

With these facts in mind, you’d think it would be impossible to make cults as funny as they are in Cult of the Lamb. You’d be dead wrong, though. The game makes every aspect of cults that would generally send shivers down your spine into a laugh riot. Take human sacrifice, an element that is introduced early on. When it comes up you might feel queasy about it, but the hilarious way it’s handled immediately shows you that you’re not going to have to feel guilty about killing in this game.

Suddenly all of your lovable animal friends don hoods, and as the Sigil of Baphomet appears on the ground, one of your cult members steps into it while making a kissy face. Suddenly, Cthulhu tentacles erupt and snatch your follower into the abyss as all of the other cult members shout, “Yay, yay, yay, yay!” gleefully celebrating the sacrifice.

Historically speaking, human sacrifices are brutal rituals. However, the cuddly way that they’re handled in Cult of the Lamb renders them so silly that they are made out to be funny instead of disturbing. The same goes for other horrors of religious fundamentalism, like ritual suicide or debasement. For instance, how can you not burst out laughing when one of your cute little pals approaches you and asks if you’ll let them eat feces for you?

Now, people eating feces in cinema is one of the most uncomfortable experiences you’ll find when it comes to movies like Salo or The Human Centipede. However, the way that you prepare the meal, which is called Bowl of Poop, is already funny, as is the way your follower obviously gets sick after eating it. Like, what did they think was going to happen?

It’s this same colorful absurdity that accompanies everything from installing propaganda speakers to building statues of your concurred enemies to even cannibalism and imprisonment. Somehow all of the worst, most awful proclivities of the human race become funny when viewed through the eyes of developer Massive Monster.

If you’re a fan of gallows humor or you subscribe to the notion that tragedy and time equal comedy, Cult of the Lamb is definitely a game that will make you laugh out loud. If you’re familiar enough with the horrifying material that the game is covering, it actually makes the cult simulator even funnier because it artistically makes the most unimaginable atrocities into something you can’t help but chuckle at.

There’s nothing more difficult in comedy than bringing up something that makes people uncomfortable and somehow getting them to laugh at it. Comedic masters like George Carlin, Bill Hicks, and Richard Pryor can pull it off, but, generally speaking, it’s a tough proposition. That’s why what Cult of the Lamb accomplishes is so brilliant.

To boot, the way that the farming simulator mixes it up with rogue-lite elements also makes the game a totally addictive blast to play. If any of this sounds like your kind of jam, then you should absolutely scoop up Cult of the Lamb. You won’t regret it.