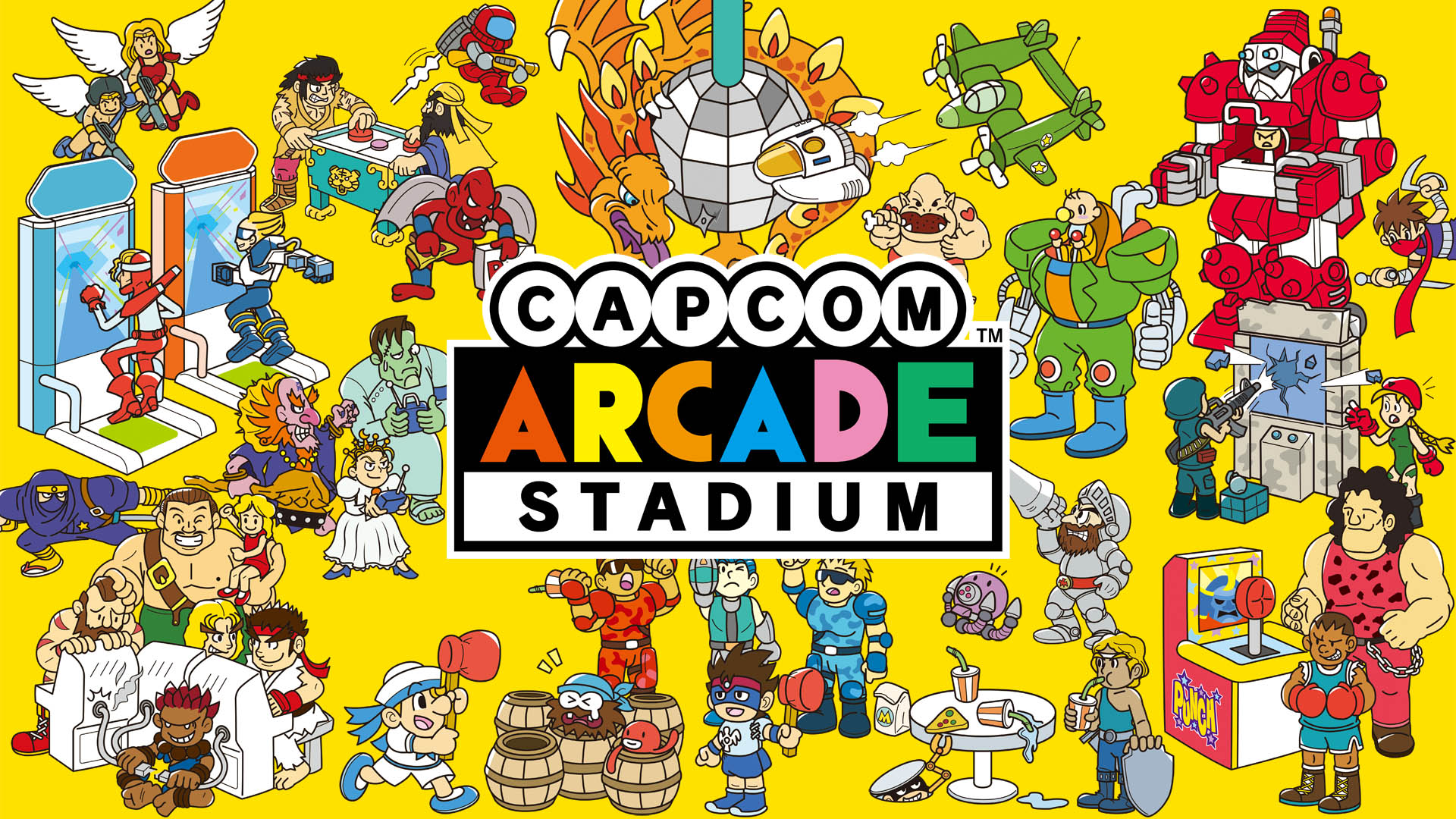 As the pandemic slammed us all against the wall, some of our favorite businesses that rely solely on in-person or hands-on experiences had taken a brutal hit. Movie theaters, theme parks, and arcades are places that many people are still not willing to dive back into out of general health concerns. While it has coincidentally been in the works for quite a while now, Capcom’s latest free-to-start game takes a brilliant move to both introducing and offering consumers a way to enter the arcades from the comfort of their own homes. Simply put, it is a title that has arrived at the right hour. Of course, purists will argue that it is far from the perfect way to play through some of the company’s greatest classics- and they have their rightful reasons, as nothing can outdo those glorious cabinets- but Capcom Arcade Stadium is a great way to immerse yourself in a handful of iconic machines through a digital space that feels sentimental and cherished as it presents some of the best ways to play the vast majority of these titles with those out of reach.

Capcom Arcade Stadium makes its purpose clear the second you press start into its clickety loud and retro atmosphere that embodies the characteristics of a packed digital playground. It is a place to enter for high scores and to see endings through no matter if you are alone or with friends. As a massive production line of cabinets lies ahead, Capcom extends an impressive showcase through a different format to players that does not fall in line with your average compilation. Customers are no longer just browsing a menu screen filled with recognizable names, they are looking at replicas of recognizable machines. Capcom Arcade Stadium is exactly what the name implies. The arena offers thirty-two different titles at launch, from Section Z and Commando to Street Fighter II Turbo and Takakai no Banka. It is overcrowdedly packed with the games you know, love, and never got to experience.

On top of all the English localizations, every single purchasable title contains its Japanese counterpart through the press of a single button- meaning some games will practically come as a two-for-one deal due to some regional releases practically being different games altogether. Capcom Arcade Stadium also provides a slew of great options when it comes to aspect ratios and cleanliness of visuals as the game urges players to experiment from different viewpoints and perspectives through display settings. Whether you are looking to play in a crisp pixel-perfect ratio or stare down the bright lights of a cabinet’s screen from an arcade customer’s perspective, the game offers a ton of different ways to spice up your bits and borders. But of course, what matters more than how games look is how they play.

Every title available through the service has received a boost of modern extras to increase its value. You are not just buying the standard arcade game with each purchase. Capcom has done more than compiling a ton of arcade ROMs in one flashy store for single-player usage. Not only do all thirty-two games feature convenient rewind features, save points, and daily new challenges to conquer, but online functionality has been added in different ways that accommodate for each title’s necessities. Whether it be for simple high score comparisons against all other players or full-blown multiplayer with friends, the addition of the online features is a game-changer when it comes to playing through these classics with others even if they are not standing directly next to you to holler and button mash.

The only real issue with the content itself in Capcom Arcade Stadium is variety. Capcom no doubt has a long-standing history of incredible games from their arcade days, but the variation of this package cuts it rather close from being a tad annoying- which honestly was to be rather expected for anyone aware of their most popular classic titles. In comparison to Namco or even Nintendo, Capcom’s arcade offerings since the early 80s have always contained many games that are similar to one another as they stick to just about the same three genres. On top of this, many of their titles have already been released this generation through different compilations. Looking at the Nintendo Switch alone, there are already three other ways to play the Street Fighter games in this collection. On the upside though, not having to buy every game is a consumer-friendly option with a surprising number of perks that will give you all the more reason to jump in.

While those who pick up individual titles may not strike the mega-deal that the three available packs provide, the wiggle room to simply pick and choose games to your liking for a decent price is admirable. Want to throw in some cash on the Japanese-only titles you have never been able to play? Why not. Interested in having rewind features for that beat-em-up you were never able to finish in-person with three friends? Sure thing. Interested in the cheapest option you will probably ever have to grab Street Fighter II? By all means, this is the place for you. There are definitive reasons to play through the available games in this form, but it is nonetheless a shame that the overall picture slips a bit when providing a commendable amount of unique experiences. Knowing that Capcom Arcade Stadium can further be expanded upon through more downloadable content is hopefully going to become a selling point to the game as it has already laid the foundation for a quarter-investing playground of entertainment.

Capcom Arcade Stadium will resonate with all audiences looking to play through the company’s games in a digital arena as its opening 32 titles are presented in a quirky way. It may stumble a bit on providing an extraordinary amount of variety within its catalog, but its quality never declines as it aims to bring classic games to an online ecosystem with a room full of display and accessibility options. Whether you are looking for the best fighters, beat-em-ups, or shooters from before the turn of the century, Capcom Arcade Stadium has almost all you want from the titular developer. With Ghost n’ Goblins available for free alongside 1943 – The Battle of Midway as soon as you start-up the game, there is absolutely no reason for you not to at least download Capcom Arcade Stadium. Check out how the two freebies feel, mess with their options, and then dig through the catalog to decide if you want to purchase one or a handful of classics. If you are looking to continue, grab eight quarters and dive into the next, or pick-up one of three passes and browse the cast!