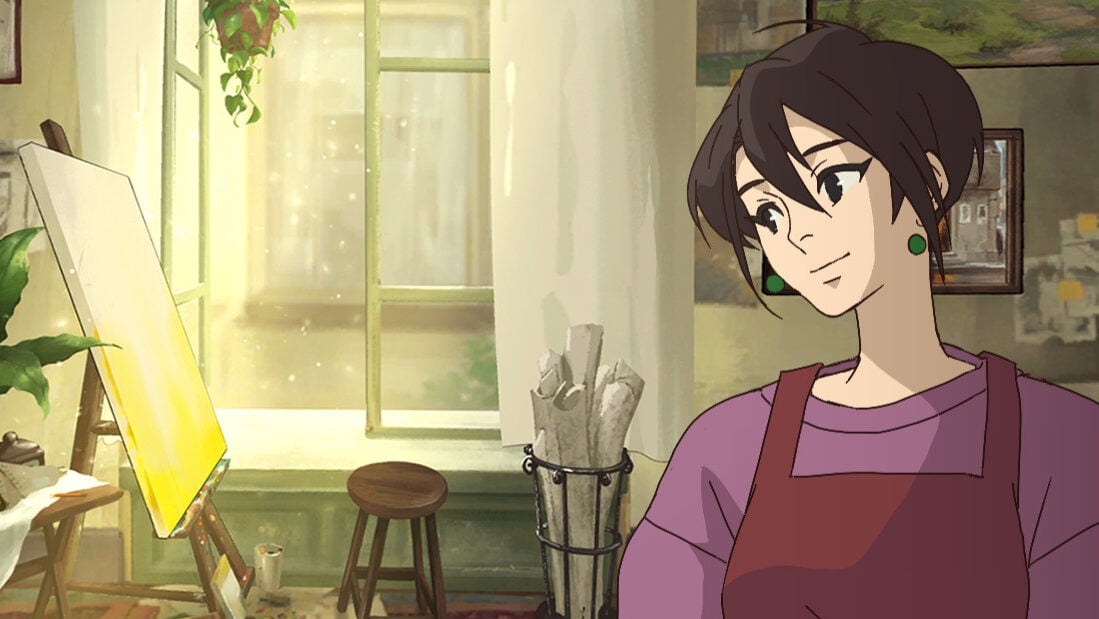 Behind the Frame Indie Snippet

The life of an artist is an incredibly difficult one. Artists, from musicians to poets to painters, face crushing rejection and endless work day after day, and for every victory, there are dozens of setbacks. It can be a lonely life, as truly great masters of their craft must dedicate time and energy to their passion, often at the expense of financial stability or personal relationships. This might sound harrowing, but there can also be bright spots. In Behind the Frame: The Finest Scenery, from Taiwanese developer Silver Lining Studio and publisher Akupara Games, players can see the world through the eyes of a painter. Though this game is brief, it is beautiful, a touching look at how a certain type of person views the world.

Every Frame a Painting

Behind the Frame sets up its world and its premise with simple yet effective brush strokes. The story centers around a young woman, a dedicated painter who sticks to the same routine every day. She makes her breakfast and coffee, checks her email, puts on her favorite cassette tape, and sets herself up at her easel to paint. She’s creating pieces to submit to an exhibition in New York City and feeling the pressure to deliver something spectacular. But there is more to the artist than initially appears, as players discover after a chapter or two.

Most of the action takes place within the player character’s beautifully realized apartment. It’s a gorgeous loft with wood floors and plenty of space to hang finished pieces. There’s a huge open window where the artist sits and paints and draws inspiration from the outside world. She can watch her neighbor from across the alley, another artist, sketch and grumble and pet his cat. The player sees much of this through her eyes in a first-person perspective, and they can look around her apartment and examine dozens of objects to gain insight into what kind of person she is.

Chapters are short, with gameplay consisting of solving a few simple puzzles to fulfill objectives. Behind the Frame is, at its core, a first-person point-and-click adventure with a strong narrative focus. Objectives range from simple and realistic, like cracking a few eggs into a pan to fulfill the goal of making breakfast, to the surreal, like trying to remember the password to a laptop by connecting the dots on an otherwise blank page.

Behind the Frame is mechanically simple enough to be played entirely on a touchscreen, as players can tap or swipe the screen to achieve their goals. Released as a mobile game in the summer of 2021, it looks fantastic on modern platforms and has a special kind of relevance on the Nintendo Switch, where players can curl up in bed and swipe their way through the entire game. There is no inventory to manage, outside of a menu that gives some context to the protagonist’s art and her relationship to certain colors of paints. The story moves along briskly and can easily be completed in a single play session.

Players will find tubes of paint, unlock doors that were previously closed, and follow clues to track a runaway cat. Puzzles tend to be relatively easy to solve; Behind the Frame is more When the Past Was Around than The Witness. Soon enough, players will find themselves entering into the worlds of the artist’s paintings, like a more melancholy and static version of Super Mario 64. This is where the game takes a startling turn from gorgeously surreal art for art’s sake to heartbreaking reality.

To be as spoiler-free as possible: there is a twist towards the end of Behind the Frame that recontextualizes everything that came before. It seems as though the artist is dipping into the paintings of her past not just to find inspiration for her latest work, but to remember who she is. Players may be experiencing the bright, sunny interior of her apartment through her eyes, but this may only be a memory. The story suddenly becomes a meditation on what a person brings with them as they grow older, how memories shift and fade and become unreliable. It might seem like a jarring shift in tone, but the mechanics reflect the unease of the player character as she struggles to touch up paintings and recall why she associates certain colors with happy memories.

Many indie game developers love to say their games are inspired by the legendary Studio Ghibli. Silver Lining Studio, the team who made Behind the Frame, is no exception. But they have earned the right to make some comparisons. The animation that ties each chapter together is uniformly excellent, and the drama of the plot feels grounded in reality. Behind the Frame just may wring a few tears from the eyes of even the most jaded player.