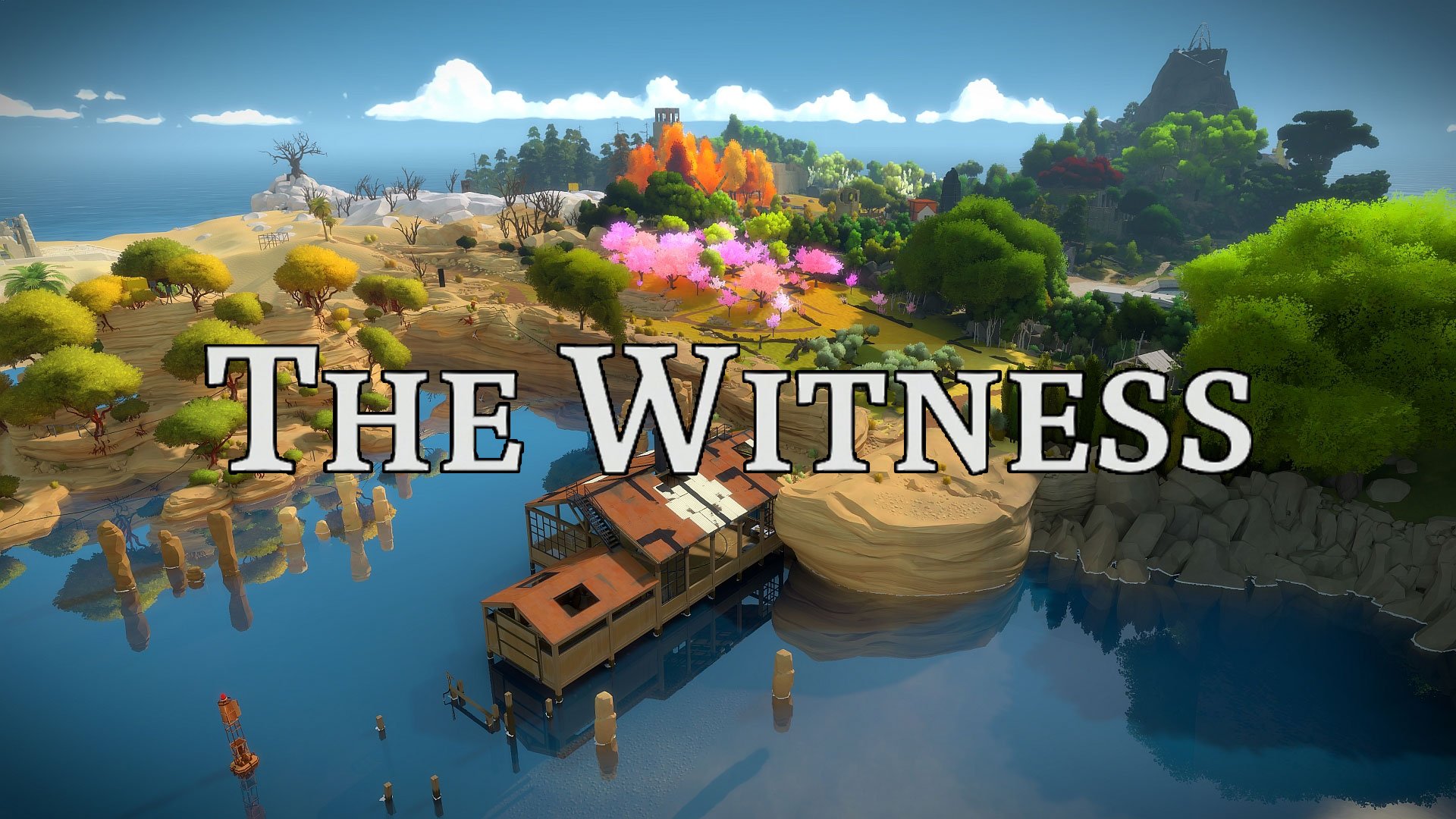 Small teams of people having been developing independent games since the dawn of the industry, but it wasn’t until relatively recently that indie titles have been on everyone’s radar. Valve’s Steam platform was certainly a huge catalyst in the rise of the indies, but they still didn’t get too much attention until they became readily available on consoles. In 2008 Microsoft held their very first “Summer of Arcade” event, in which they released five highly touted Xbox Live Arcade games over the span of five weeks. Three of the five games released were developed by mid-to-large sized teams that had funding from major publishers, but two of the games were indie titles. One of those games was a 2D side scrolling puzzle platformer titled “Braid”, and it’s considered one of the major titles that propelled indie games into the limelight. Braid was both a critical and financial success, and ever since its release, fans have been waiting eagerly for the game’s creator, Jonathan Blow, to create another fantastic world for us to decipher. It’s been a long wait, but Blow’s newest puzzle, The Witness, is finally ready to be solved.

Unlike Braid, The Witness doesn’t feature platforming, environmental hazards, or even enemies. The Witness is about one thing and one thing only: solving puzzles. Scattered across the game’s open world are hundreds of panels. On these panels are grid-like mazes, and the player’s job is to successfully guide a line through the maze. You may think this concept sounds boring and/or easy, but it may surprise you just how many interesting variations there are to the base concept. Each area in the game has its own unique twist to the basic maze. As you progress deeper into an area, the puzzles become more and more complex, creating some truly skill testing obstacles. Later panels in the game combine different types of puzzles together, forcing players to remember all the rules from the previous puzzles, and combine them in such a way that will allow them to progress. 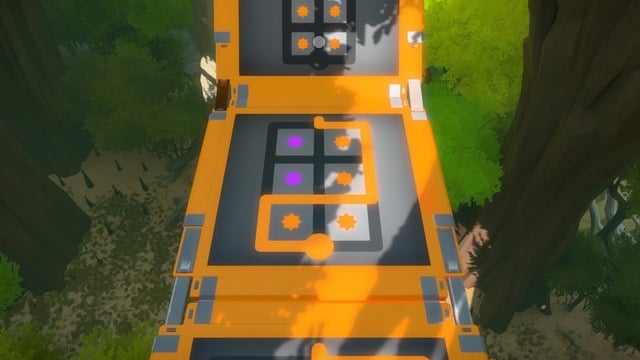 Panels are linked together via wiring. Successful completion of a panel will cause a wire exiting the panel to light up, and players can follow the wire to find the next puzzle they need to decrypt. Most areas force the player to solve puzzles in a strict order, so it’s possible for progression in one area to grind to a complete halt if one puzzle in particular has you stumped. Thankfully, The Witness features an open world design. After breaking free of the confines of the tutorial-like area, the entire island opens up to you. While this means that you’re free to explore, it also means you don’t need to bang your head against one panel for countless hours until you solve it. If a puzzle has you at a loss for words, take a mental note, and go explore another area for a while. You may find the knowledge you’re seeking in a completely different area, and if not, simply taking a break from a challenging puzzle and resetting your mind may be all the help you need. The open world format has taken the gaming industry by storm, and it’s very interesting to see the concept integrated so perfectly into a niche genre like puzzle games.

Throughout your explorations you’re bound to discover panels with shapes and colors that simply have no meaning to you yet. You are more than welcome to sit in front of these puzzles for hours trying to solve them, or you can go find the corresponding tutorial panel which will teach you the rules. The tutorial panels are spread throughout the island, but they’re easily found, as they’re typically located at the beginning of each of the main areas, or thereabouts. Unlike most normal panels, when you get a tutorial panel wrong, parts of the panel will blink red, giving you an indication of what you did wrong. Never once does the protagonist speak aloud, explaining the puzzle, nor does text pop up on the screen telling you the rules. The game does an excellent job of letting the player discover and understand at their own pace, but at the same time it doesn’t hold your hand. Coming into the game players should expect to get frustrated at times. The game is difficult, but it’s not merciless in its design. The rules are there, you simply have to find them, and put in the effort to understand them. Every moment of frustration is strongly counterbalanced by the moments of elation you’ll experience after solving a tough puzzle. 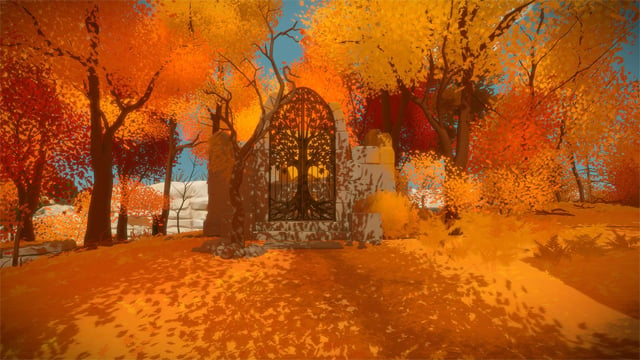 For the most part, players aren’t punished for making mistakes, and that’s a good thing. The difficulty should stem from the puzzles, and the puzzles alone. Getting a puzzle wrong should simply reset that puzzle, and that is what happens in most cases. But, for some reason, a few sections of the game have a mechanic where getting a panel wrong causes that panel to power down, and requires the player to go back and re-do the previous panel. From a gameplay perspective, this mechanic makes no sense. Once you’ve solved a puzzle, you’ve solved it, so what do you gain from wasting a few seconds and running back to the previous panel and drawing the same line again? It only serves to provide a fake sense of difficulty that certainly isn’t needed. Considering how perfect the game feels in terms of its direction and pacing, this unneeded mechanic is extremely annoying, but thankfully it only rears its ugly head a handful of times.

It only takes one quick glance at the game to realize that it’s eye-catchingly gorgeous. It certainly doesn’t have the most detailed textures in the world, but the color palate and the sheer vibrancy of the environments will drop more than a few jaws. While the puzzles are located on the panels, that doesn’t mean the environments are just eye candy. Quite the contrary, actually. The environmental design is extremely deliberate, and paying close attention to your surroundings is always advised, as tons of tips and secrets are hidden in plain sight. And that’s not limited to just the visuals, but the audio as well. Interestingly, the game doesn’t feature any musical soundtrack, and your character doesn’t speak, so audio cues are sparse, and practically any sounds you hear are purposeful and relevant. 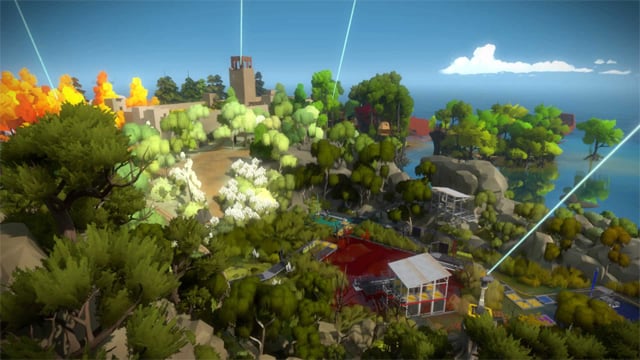 The Witness is a very specific type of game. You aren’t going to find a riveting story, or complex characters. There is no combat, and your character can’t even jump. What The Witness will provide you with is two things: a masterfully designed world to explore and a massive amount of mind-boggling puzzles. Jonathan Blow only has two games on his résumé, but he’s already established himself as a master within the puzzle genre. If you are in any way a fan of puzzle games, then you should consider The Witness as one of 2016’s must-play games.