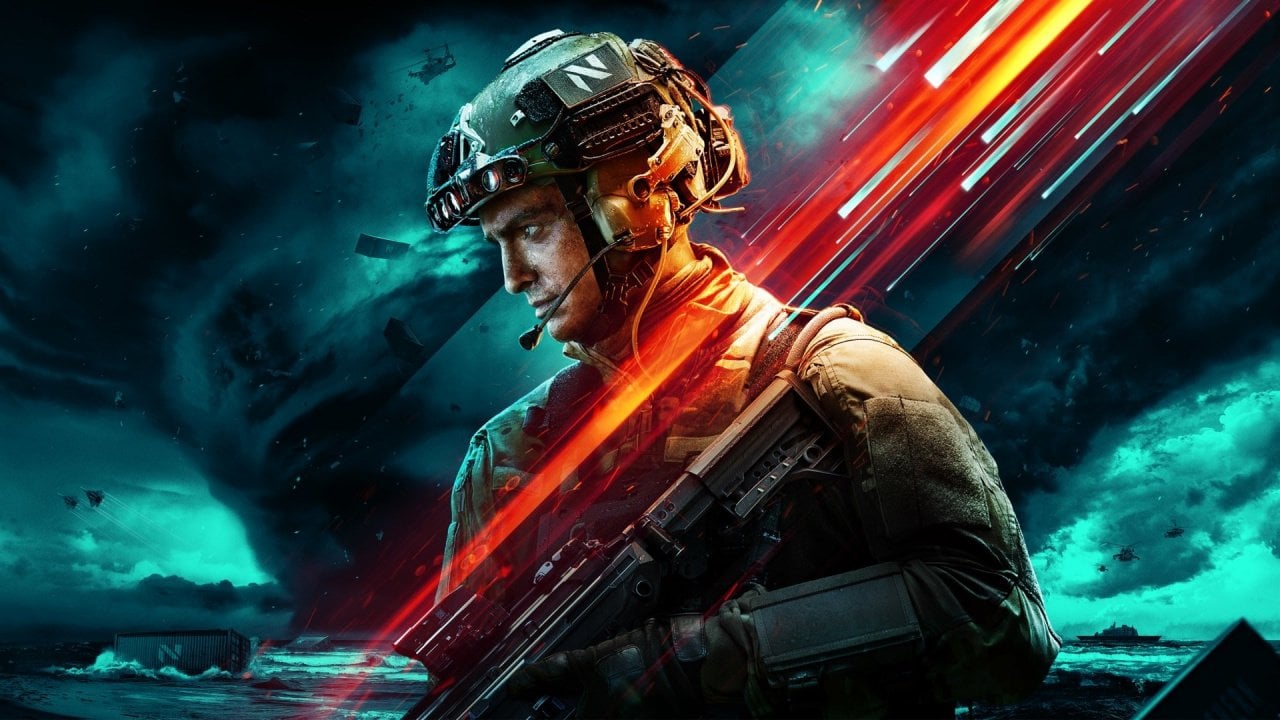 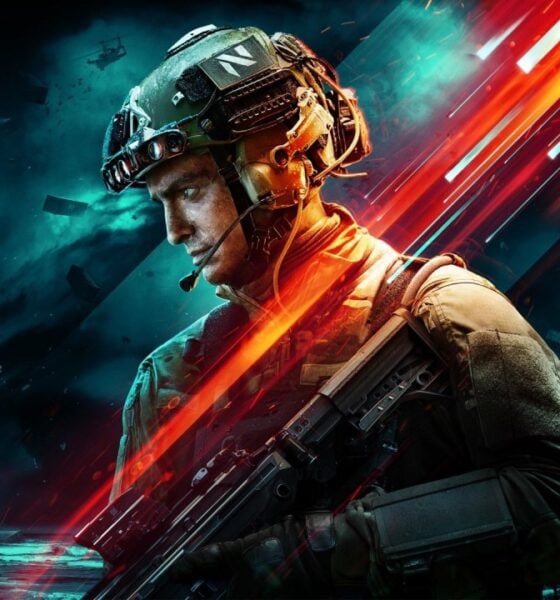 A battlefield in and of itself.

Normally an annual franchise, the Battlefield series took a year off in 2020, but in 2021, after a delay, Battlefield 2042 is here. Taking things in a new direction, the Battlefield franchise has shed its World War 2 skin, opting to return to the near-future Battleground once again in an effort to keep the franchise feeling new, fresh and interesting in a landscape that feels as if every FPS game released is adopting the free to play ‘Live Service’ model. Going against the grain, not only did Battlefield 2042 need to hit the ground running, but it also had to justify the AAA price tag it was lumbered with and stand out from the crowd if it hoped to carve off a decent slice of the player base for itself. Making matters more difficult in this regard, it also found itself coming into land alongside the ever-present annual Call of Duty release, the seemingly eternally growing popularity of ‘Apex: Legends’ as well as a resurgent Halo franchise, Unlike Battlefield 2042 the latter two of which are completely free to play, with the former sporting  a free to play Battle Royale mode.

To give have any sort of chance then, it had to land on time with little to no bugs, stable servers and be filled with content that players can get to grips with over the next year or so while they wait on more content to be rolled out or for the next game in the franchise to be released. Unfortunately for fans and potential players, however, EA and DICE have succeeded in none of these aims. Instead, what we have is a buggy, bland and borderline broken experience that feels criminally undercooked, featuring customisation that feels stripped back from previous versions of Battlefield, weighed down and lumbering under a price tag that it in no way justifies.

Something that the Battlefield franchise has become known for over the years is a wonderful sense of chaos that can and often does sprout up organically during a match. In the world of Battlefield, it’s not uncommon to see players pull off incredible stunts and feats to snatch victory from the jaws of defeat. It’s this feeling that Battlefield 2042 seems to have been based around. From the initial launch trailer to the marketing campaign in the run up to release and even to the inclusion of things like the wingsuit and the new Eye of the Storm feature in maps that introduces periodic storms to maps that wreak havoc across the playing area, throwing players and vehicles into the air in an attempt to make it more likely that the conditions to encourage this sense of chaos.

In fairness to Battlefield 2042, it does pull this off. The Eye of the Storm feature does often feel a little forced, but In most games there will be a moment where the battle unfolding around the player threads the needle in a way in which everything comes together and clicks magnificently, reminding players just what made them fall in love with the series. Unfortunately, these moments tend to be short lived and it all comes crashing down when a bug rears its head which makes it impossible to hit a player with a shot, or a hovercraft more powerful that a tank comes driving serenely up the side of a vertical building to spoil the day with players desperately shooting it with their sniper rifles… because somehow the game has launched in a state that has sniper rifles doing more damage to vehicles than rocket launchers.

At the time of writing, I’ve seen swathes of bugs throughout Battlefield 2042, ranging from the hilarious poorly loading textures and vehicles and the aforementioned physics defying vehicles somehow being able to scale vertical buildings to the franky annoying inability to hit players you are shooting straight at as if their hit boxes have completely vanished. All too frequently, players will also find themselves falling through the maps and experiencing hard crashes, throwing them from games, requiring a restart to get back into the action.

Although these issues in themselves are completely unacceptable, there could perhaps be a degree of forgiveness and leeway to iron these out if the rest of the game felt like it was shooting for the moon to achieve a true next generation experience, but unfortunately, the rest of the game feels not just rough around the edges, but dare I say completely unfinished. There are very few maps, the class customization levels are a mere shadow of their former selves, there are fewer guns available to the player compared to previous years and even the maps they do have feel void of character and completely unlike real lived in spaces that have had war thrust upon it.

Even if the idea of a World War 2 shooter isn’t your thing, the maps in Battlefield V felt like real spaces being subjected to and torn apart by the horrors of war. Idyllic country landscapes juxtaposed with the brutal, hard machinery of war was incredibly effective. This, feels like a poorly constructed, underpopulated attempt at a playground, but instead of feeling like a war tearing through lived-in environments, they feel stale and empty… which is ironic given that some matches have 128 players all running around with one another at the same time.

Although having 128 players in a match is on the face of it an exciting prospect, using the power of modern gaming to allow players to pitch realistically sized battles against one another, it’s all too easy to feel unconnected from the action unfolding around you. At no point will players ever feel involved in a larger fight, with everything going on around the player, outside of their small four man squads and rather than focussing on the larger scale battle, it’s much easier and more engaging to focus purely upon the fights that your squad find themselves in. Technically, there may be 128 players on the map, but at no point does this ever translate into a tangible feeling in-game. There has always been an appeal for big battle modes in shooters, but it’s rare that developers manage to connect the dots in a way that makes the large numbers feel relevant and connected to the game and things are no different here.

For those booting up their copy of Battlefield 2042, they will be greeted with four options when it comes to game modes. Hard Zone, Conquest, Breakthrough and Portal. For the most part, these are also really standard fare that you would expect from a Battlefield title. Conquest splits the map into sectors, with the opposing teams being tasked with taking and holding points. At the beginning of each match, each team has a finite number of lives and killing a player reduces the opposition life count by one. The best way to make the other team lose lives however is to hold sectors. The more sectors held, the quicker the opposition will bleed lives from their counter.

Hard Zone sets teams of four against one another competing to complete the same objectives to gather intel then extract before a storm rips across the map, killing the team. Breakthrough pits two teams against one another, with the attacking team having the objective of taking over sectors. Once they take over a certain amount of sectors in an area, the team is pushed back, with the defending team trying to hold out as long as possible before they switch sides.

Portal, however, is where the real magic of Battlefield 2042 happens. These are custom game modes that allow players to create their own game modes, dipping into previous Battlefield releases, wth reimagined maps, characters and items from Battlefield 1942, Battlefield Bad Company 2 and Battlefield 3. This brings with it much of what has made the Battlefield series such a special one for so many people over the years, creating a slightly confusing dynamic in that it’s clearly the best part of Battlefield 2042, but one can’t help but acknowledge that in allowing players to dip back into these older titles, it just serves to highlight how wide of the Mark the majority of Battlefield 2042 actually is.

Given that DICE have already been working on patches to fix many of the issues present in Battlefield 2042, much of the specific criticisms of bugs and issues will, over time become redundant as they are slowly fixed. What is a more useful discussion in this regard then is to consider what the presence and prevalence of these bugs and launch day issues say for the series and development as a whole. Unfortunately for all involved, fans of the gaming industry are no strangers to sloppy game launches rife with bugs with unacceptably invasive monetization on top of asking the player to essentially pay for a product that is at best unfinished and at worst completely broken. For anyone following this game online, we can see that EA are already hard at work correcting mistakes that in all honesty have no right to be anywhere near a AAA paid for product. There are moments of brilliance to be had in Battlefield 2042, but unfortunately in an incredibly competitive FPS space, it does very little if anything to justify the price tag and inevitable Battle Pass due in the not too distant future.

At the time of writing, there have been a couple of interesting announcements from EA and DICE. For FPS fans, the announcement that Vince Zampella has taken a more active and senior role at the studio should be a welcome one. From Apex Legends to Titanfall 1 & 2 and of course the Modern Warfare series, he brings with him one hell of a CV. Conversely in a genre in which it seems every game is slowly coagulating into one massive Live Service shaped blob, the accompanying announcement that DICE are hoping to create an ongoing universe, linking all future Battlefield games together, is equally yawn inducing as it is concerning. Not every game has to exist to do nothing more than sell me skins… but alas, here we are at the skin junction and it seems inevitable that Battlefield is about to turn decisively down that road. For now however, it’s hard to recommend this game to anyone, especially when there are better, less buggy, more functional games out there that are free to play. 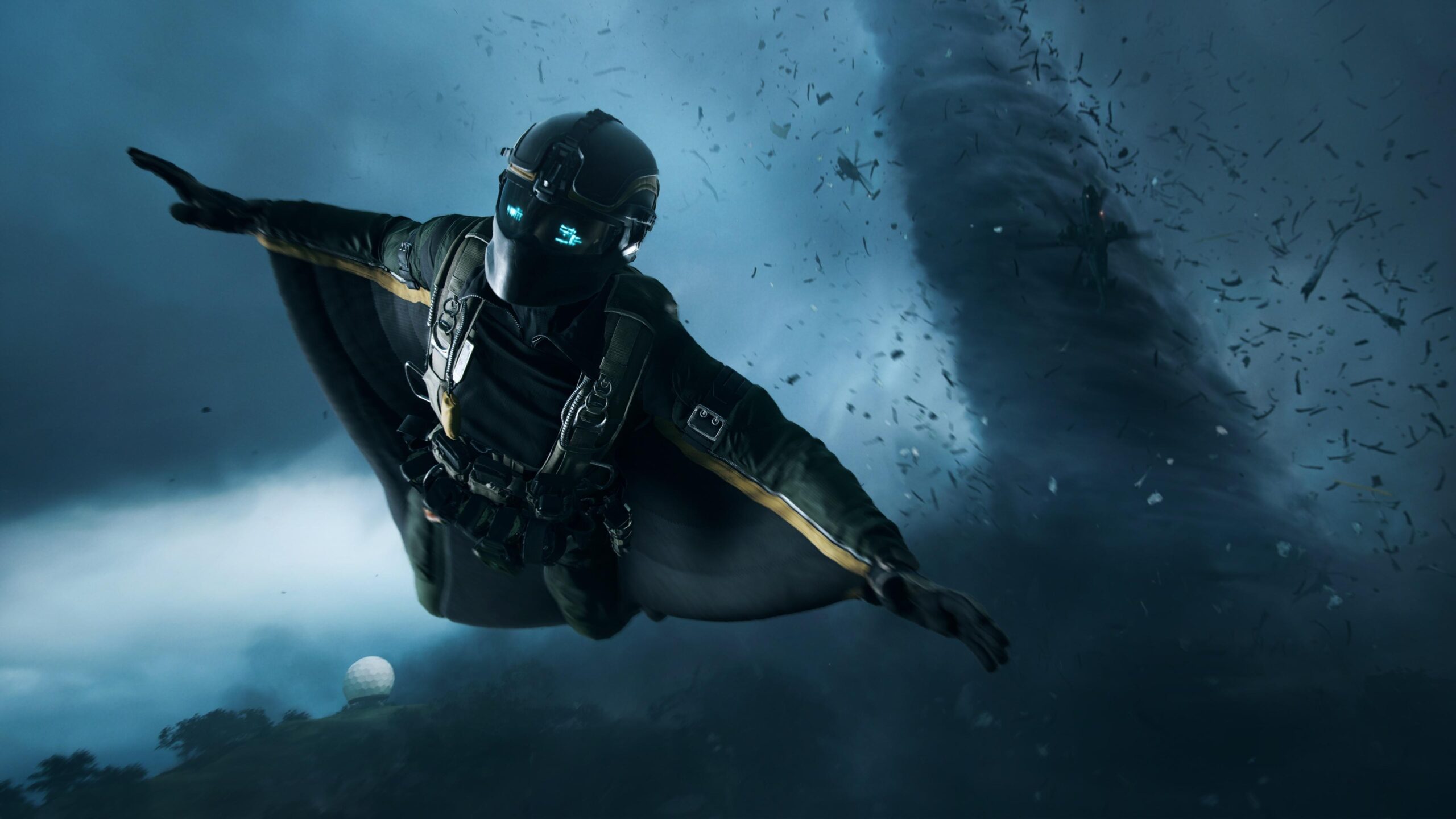