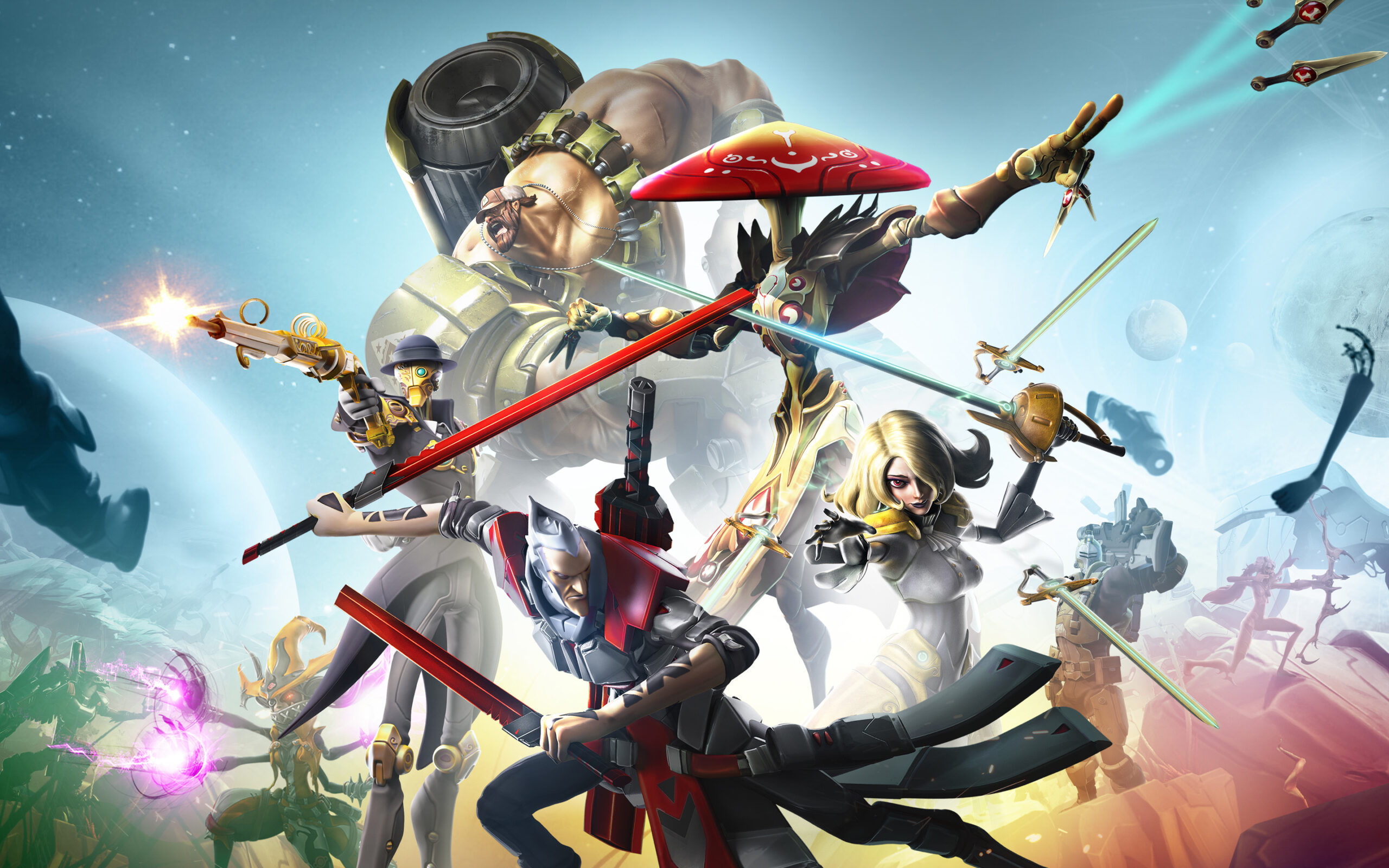 Battleborn is the remarkably unremarkable love child of Borderlands and League of Legends. The offspring of two distinctly different genres, Battleborn just doesn’t seem to know what it wants to be and ends up being neither. At the same time it isn’t much of a shooter with so many different character types and tends to focus on the arena style fighting. The game has a lot of working pieces but none of them seem to work together. For anyone wondering about single player, it doesn’t exist. The limited story campaign available is easy enough to beat in an afternoon, with the exception of one stage. While it is possible to play alone it doesn’t make the game better, even a team of brain dead zombies is better than nothing. I’m not overly familiar with League of Legends but I understand it has a similar level resetting system, a concept I can’t say I like very much. All in all, Battleborn wants to be multiple things by copying better games but can’t seem to decide which one to stick with. 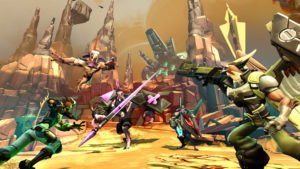 There just isn’t much content in the game beyond the character list. Battleborn has only so many maps and many of them look very similar and enemies only come in three varieties of various sizes. The story campaign is especially short with only about 8 stages including the boss level. What’s worse is how boring they are, only getting as complicated as kill all the dudes and protect the thing. The entire story and game can be knocked out in a couple hours. One level riddled with obvious traps requires more brainpower than point and shoot… something too difficult for some I found out. The only real exception is a level with multiple objects to protect so sensitive a baby’s stern gaze could destroy them.

Playing online is the only real thing to spend time on. Again, it lacks all variety, with only three modes to play. A single player with the right character can practically dominate a game, and actual teams can easily clean house. Since characters can’t be changed in-game players are kind of screwed if they make a bad choice. Multiple times I joined a random team and while I did well myself it was basically a free for all with no interest in the objectives. Just starting a match can take forever since lobbies are dissolved after every match, forcing players to start all over again. So not only is there very little content but it takes forever to get into a full game. There are plenty of champions to choose from that are fairly balanced but most are locked at the start. Kind of like buying a fighting game for a party just to realize too late that all the characters your friends want to be are locked until you do some menial task. Battleborn isn’t even that complicated, it just requires leveling up which is extraordinarily slow. 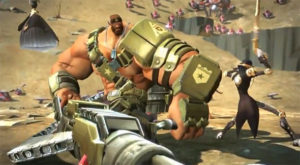 The game itself looks alright, even if it tends to recycle the same few backgrounds. Characters are creative and varied, ranging from a sophisticated British robot to a boy and his pet demon. The opening and closing cut scenes are very impressive and unique, which is rare. They feature a fast paced hip hop comic book style animation, like Cowboy Bebop or Afro Samurai. While great to watch they are the only real animated scenes in the entire game, everything else is done through dialogue. It tries to do the Borderlands thing by having a cast of colorful and psychotic but memorable characters to fill in the gap. However, besides the doctor who can be mildly amusing, characters just aren’t very interesting. There is no character development so players have no reason to care about anyone or anything in the game beyond the character they are currently playing as. One robot who didn’t seem to grasp his inevitable doom was amusing but that’s it. 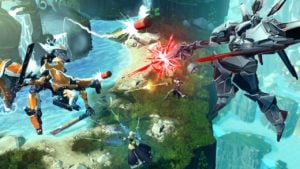 Battleborn is a very slim game with very little content and especially not worth retail price. The bulk of the game focuses on the champions but since most are locked up before hours of grinding I wouldn’t get too excited. Fans of League of Legends won’t get the depth they want and fans of Borderlands won’t get the psychotic shooting-and-looting that they want. Instead players will find themselves in a slow grind, doing the same thing for hours on end, just to unlock more characters no one cares about. The complicated levelling system is also a sticking point but since it is part of the MOBA genre I can’t fault it. Personally, I already suggest Overwatch because it feels like a more rounded game with depth beyond ‘the universe is boned, let’s shoot things until its unboned’. To be fair, there is background information on every champion but that requires even more grinding and is just more text to read. Frankly, if Gearbox couldn’t be bothered to fit them into the game beyond trophy fodder I don’t see why I should care. The worst part is that they made this game instead of Borderlands 3, a game fans actually want.