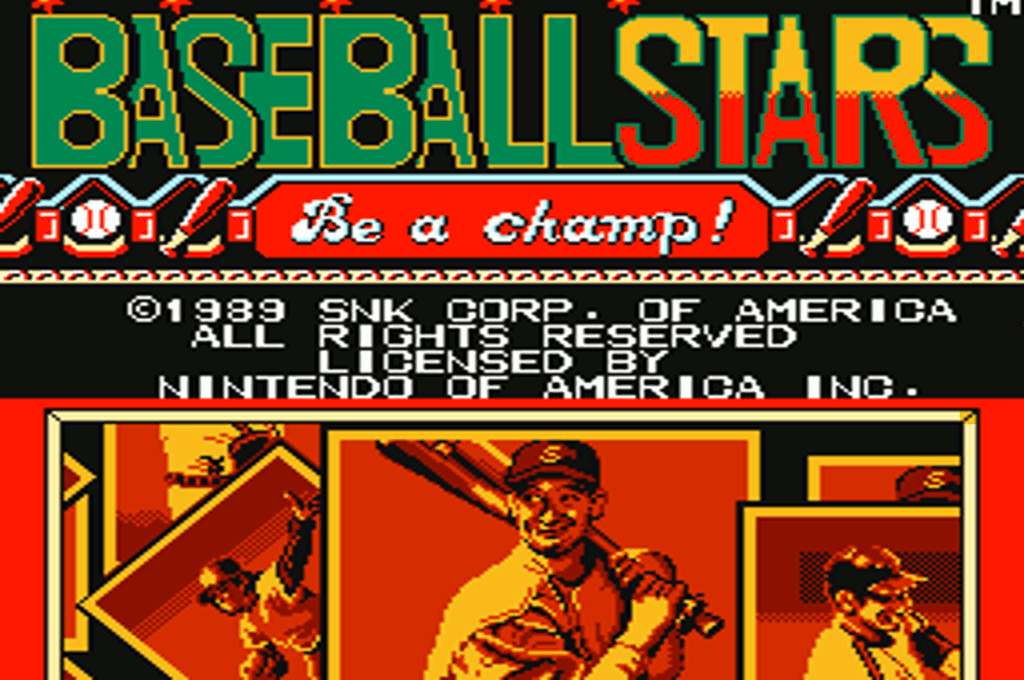 With opening day and another marathon season of division battles and pennant runs upon us, naturally gamers may get an urge to abandon their televisions for the ballpark, outside in the toasty sun, where the crack of the bat, playful tones of the organ, and smell of freshly cut green grass and pine tar inspire thoughts of a time long ago, when life was less complicated and more fun. As an alternative, Baseball Stars for the NES satisfies that craving like no other simulation of the sport can, managing to appeal to both die-hard and casual fans alike, all while keeping players safely indoors, where sodas and hot dogs are plentiful and cheap, and the soft glow of the screen prevents unwanted tanning.

The game of baseball garners devoted fans for many reasons, and with its multi-faceted approach to offense and defense highlighted by the pitcher vs batter duel, as well as an emphasis on stats, it has long been a perfect fit for video games. Rarely, however, have any truly captured that pure feel of the sport with joy and balance well enough to keep me from strapping my own cleats on and having a warm up catch or game of hotbox like Baseball Stars. While earlier attempts such as Bases Loaded may have looked cooler and allowed angry batters to charge the mound, they often suffered from stiff, basic mechanics or limited play options, such as vastly shortened seasons or fixed stats (looking at you RBI Baseball). Modern franchises haven’t fared much better, focusing on making sure that those braided necklace animations are as realistic as possible and that wannabe general managers can try their hand at moneyball (hint: just like in real life it doesn’t work), offering up enough ways of calculating statistical data to confuse a math professor. Still, regardless of what many of these other titles do right, they continue to miss the point, warranting yet another tedious season in AAA. The makers seem more used to experiencing the sport through the lens of a television camera instead of out on the turf, where cowhide meets cowhide. What makes Baseball Stars stand out from the rest of the top prospects is not only the balanced way in which it approaches the many aspects of the sport, but also its heart; Baseball Stars understands what makes taking the field or stepping into the batter’s box magical, and that happens during innings.

This is a simple game. You throw the ball, you hit the ball, you catch the ball; why make the basics more complicated than that? Baseball at its core is something that anyone should be able to understand and play fairly quickly. Sure, strategy like pitch sequencing or position shifts can make a difference, but in the end if a batter puts the right swing on a sinker in the dirt it can still sail over the fence; it’s just instinct and reflexes. This is essentially how the sport is played from stickball in the streets to little league parks and the modern coliseums of the pros. While obviously a limitation of the console it was released for, the beauty of Baseball Stars‘ two-button system is that the player’s focus can stay where it belongs, on the game, instead of half-concerned with worrying about input combinations. Throw the ball with A, run to a base with B; swing the bat with A, steal with B – easy as a 4-6-3. The NES controller’s directional pad works so intuitively on both sides of the ball that it almost feels made to be assigned those bases, and since fielders automatically catch the ball when anywhere near it, players can keep more of an eye on runners straying too far off the bag or trying to stretch that double into a triple. Whether jumping at the fence to rob an friend’s slugger of a home run or executing a flawless suicide squeeze with a perfectly placed bunt down the third base line, Baseball Stars is about great moments, the sort that kids dream of while they work on their curveball against a chain-link fence. Smashing that walk-off home run or picking your buddy off at second brings the sort of gleeful smile that reminds one of why we love this game in the first place.

Sure, that Baseball Stars shipped with a battery backup in the cartridge that allowed for player creation and cumulative tracking of stats makes more headlines, but baseball isn’t about whether or not you can create an entire team of Chuck Norris’ (although that would be cool). You can easily play as the ninja cheater team or that one made up of classic monsters like Frankenstein and have just as good a time. Bells and whistles are nice, but when the game is on the line in the bottom of the ninth with two outs, pitchers are fatigued, batters are stepping into the box, and an entire bar full of weekend celebrators is watching, cumulative stats don’t matter anymore. Building a team on paper is great, but real growth happens on the field, in those moments where plays are executed and heroes are born. This is what it’s all about

I’ve never played a video game that captured my favorite sport better than Baseball Stars. There’s something about strapping on a mitt or digging my cleats into the dirt that feels right, and the same can be said for SNK’s original NES release, even after all these years. As I watch my beloved Minnesota Twins hopefully vie for another Central Division title I’ll be playing a 125-game season of my own, full of elation and heartbreak, as I maneuver my squadron with pin-point precision in games bound to include as many Web Gems and tape-measure shots as the real deal, feeling like a kid again the whole time. The magic of baseball is back, and thanks to Baseball Stars it never has to leave. Play ball!