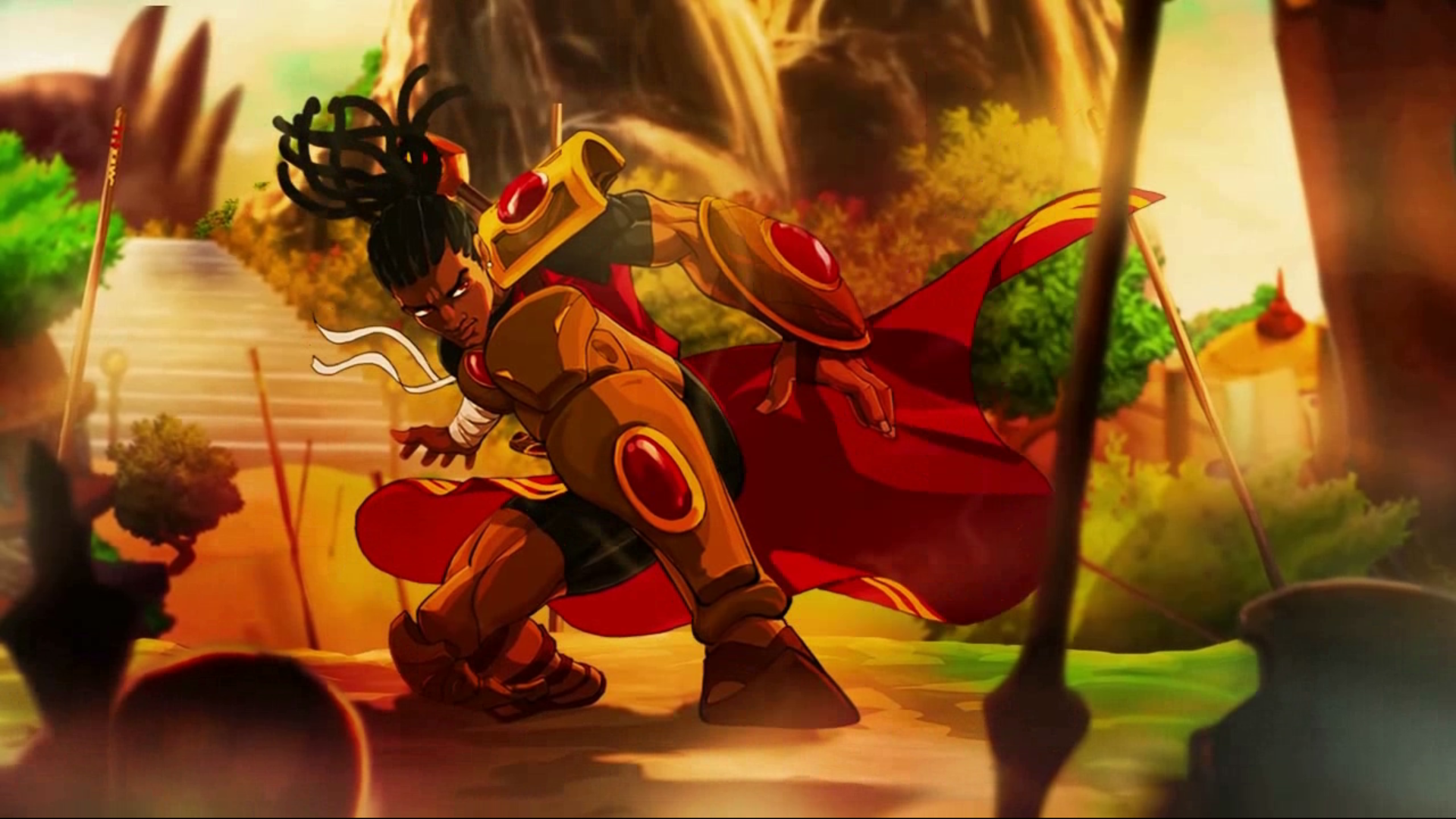 Step aside, JRPGs. Thanks to Cameroonian studio Kiro’o Games, there is a whole new kind of roleplaying game, heavily influenced by African cultures.  Aurion: Legacy of the Kori-Odan weaves these cultural elements, a flashy combat system, and well-written characters together into a fantastic new sidescroller.

Aurion revolves around the story of the young royal couple of the city Zama, Enzo and Erine Kori-Odan. During their wedding, Erine’s brother (Enzo’s now brother-in-law) Ngarba Evou overthrew the ruling family, exiling the newlyweds from their home. In order to free their people and reclaim their places as rulers of their home city, Enzo and Erine must travel to the six continents of the planet Auriona to gather their strength and assemble their Aurionic Legacy (a set of special skills and powers that unlock as the characters discover their true selves).

The big question with Aurion was whether it would live up to the major claims that it made from the start: to be a massive adventure with African culture and influences weaved throughout, creating a never-before-seen experience. Within an hour of starting the game, there is no question that Aurion meets these expectations and so much more. Everything from the character design to the stunning environments to the music were undoubtedly African, making the world a joy to explore. 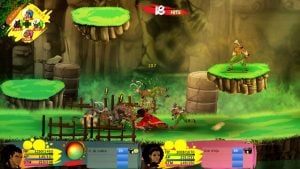 One of the most stellar aspects of Aurion is the beauty of its unique combat system. Everything is extremely fast-paced, with Enzo hacking and slashing his way through the many different foes that cross your path. Different button combinations allow you to not only dodge, block, and attack, but to take advantage of different magical and more advanced techniques to cause even more damage.

However, Enzo is not the only character you have control of. Although you don’t have direct control over her, Erine can be called upon to be a support on the battlefield, performing healing as well as some insanely powerful magic techniques. Doing this potentially puts Erine at risk, however, and there is a constant struggle between whether to involve her or try to survive in the battle on your own using your wide range of special skills (which require AP) as well as well-timed jumps and dodges. Between these two characters and all of the skills that become available as you unlock the pillars of the Aurionic Legacy, the combat felt as if it were constantly being refreshed and helped to relieve some of the generally horrible feelings of grinding.

Despite its good points, the combat does still fall under the curse of repetitive action. There were moments where you entered fight after fight, and it began to feel like a chore. There wasn’t a lot of variety in the types of enemies seen, making the amount of strategy and thought needed for these fights little to none. On top of this, some of the battles took insane amounts of time. It’s understandable when a boss fight is a longer experience than the average enemy, but never to the point where a battle could take more than fifteen to twenty minutes. Once the initial thrill of the system wore off, it was incredibly difficult to stay motivated enough to engage in the next fight. 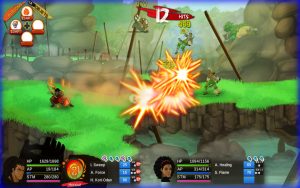 When the combat became stale, Aurion’s other strongest feature, the relationships between the characters, did succeed in keeping the game exciting, thrilling, and, at its very core, fun. Newlywed at the beginning of the adventure, Enzo and Erine’s growth together has everything that one could desire from a good love story: flirtatiousness, comedy, jealousy, heartbreak, and, ultimately, a bond that remains unbroken throughout the toughest of times. As they encountered other characters on their journey, it was amazing to watch how they became stronger not only as a couple, but individually as well. While some of the jokes were incredibly corny or relied on innuendo, there were moments where the ridiculousness was off the charts, and that’s when Aurion was a real joy to play. There were occasional issues with the text, including translation issues and typos, but these didn’t distract from those emotional moments. The text can drag on from time to time, but patience pays off in this case.

Overall, Aurion really is an experience worth trying. The stronger aspects of the combat, vibrant landscapes, and realistic character development all make the game worthy of time, but it is the African influence that makes it a truly unique product on the market. Sure, there are a slew of RPGs available, but this alone makes Aurion decidedly different from them all. If you are able to endure some of the more tedious aspects, you’ll delve into a culture with plenty of stories and legends that deserve to be heard. Aurion is a great combination of a classic RPG with a real-world influence, but could have used some tweaking to make the entire experience worthwhile.