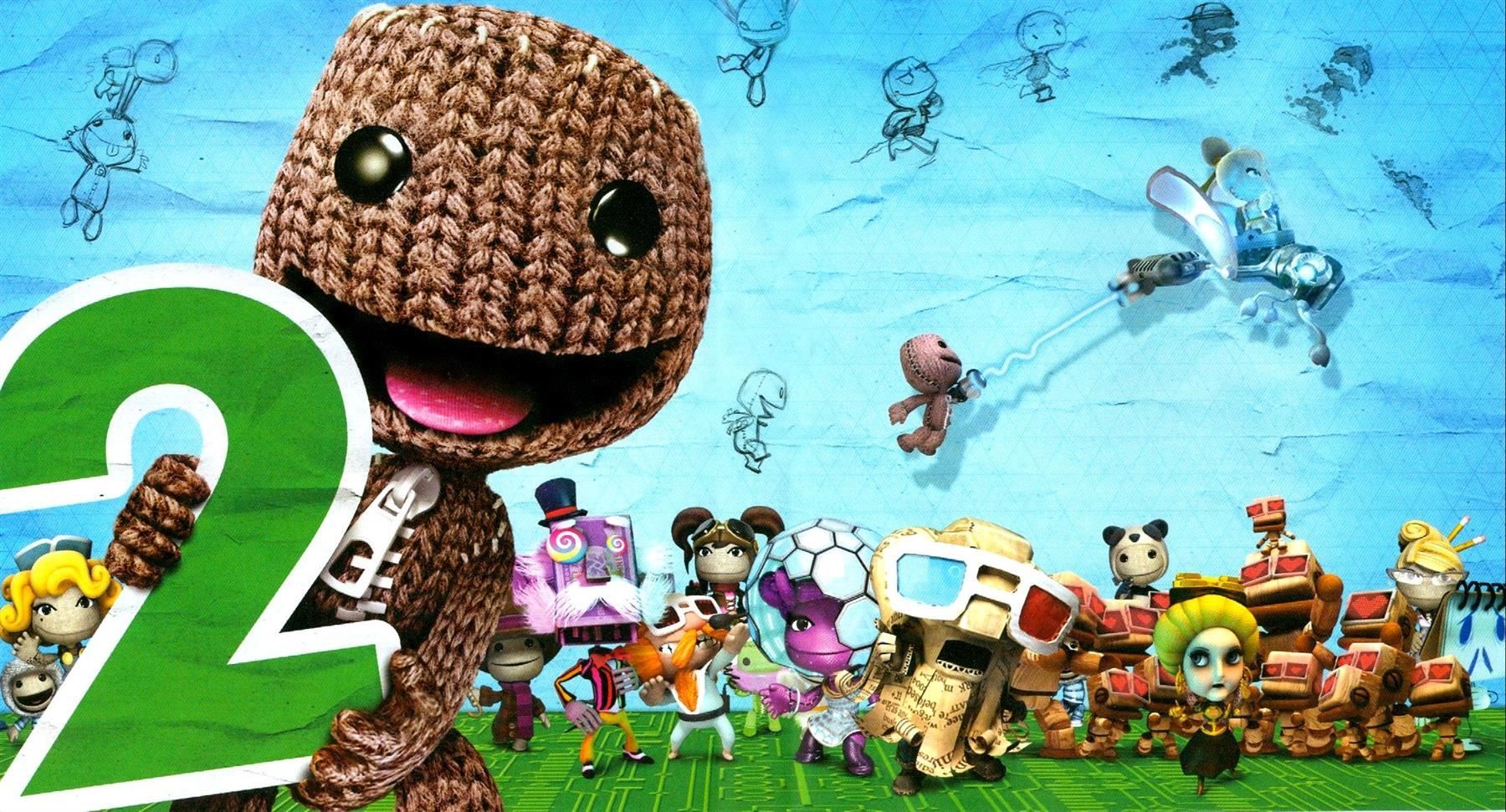 Dreams. Fantasies. Ideas. The first three spoken words of LittleBigPlanet 2 culminate into the ultimate definition of one PlayStation title’s monumental stance when it comes to both its genius developer Media Molecule and creative fanbase that took part in igniting a manipulative fire underneath a deceptive game engine. There is no other sequel that was able to literally craft and intertwine the imaginations of millions of players together as LittleBigPlanet 2 previously did. 10 years ago today on January 18th, 2011, the legacy of Craftworld and the Sackboy phenomenon expanded from being a vacuum of ideas to a galactic space of one with LittleBigPlanet’s highly anticipated console followup. Like the cosmic imagisphere and dreamverse above the simple minds of us all, the public’s ideas of a place packed to the brim with extraordinary framework was only expanding into the future. On the modern spectrum, LittleBigPlanet 2 was a shared world that sparked a generation of creators both inside and outside its intended medium of creation. The experience alone was fantastic, but together it was on another level.

Not just My Patch- Our Patch.

Before it stuck to its final path, LittleBigPlanet 2 was Media Molecule’s major back and forth argument that pulled through to become their peak. Rather than taking the franchise into a completely new direction with their iconic knitted protagonist as they had originally intended, the studio inevitably stayed keen on finding new ways to play with what they had already established in their critically acclaimed first-party knockout. The result was not just a more refined interpretation of LittleBigPlanet, but something that was apparent to be perceived as being far higher in scale and ambition. Its story of a silent yet expressive and customizable hero driving a team of unlikely allies to victory over a giant vacuum who plans to suffocate the universe in his eternal pocket was only the beginning of its step into a larger universe of absurdity. It aimed to showcase something that was absolutely goofy yet articulate all around.

Even by ignoring it’s spearheading online community that rallied behind the title for years, LittleBigPlanet 2 still was able to flaunt its narrative and charming visuals that differentiate itself from PlayStation’s other violent or hotheaded mascots and worlds. Like its predecessor, all of LittleBigPlanet 2 was designed around household materials such as cardboard, pencils, ceramic, and glass. Every character, setpiece, and plot point ties into their metaphysical properties. In the same vein as kids who are able to take a cardboard box and turn it into one spectacular fort filled with drawings, cutouts, and other accessories, LittleBigPlanet 2 was about decking out a simple setpiece to express oneself. On top of an already limitless main character that could be redesigned and Frankensteined together in well over a million different ways, Craftworld itself was something that reacted to your imaginative puzzle-solving through stickers and object placement. It was a sandbox that was living through simple stop-motion-like animations, recognizable visuals, great voice acting, and of course, playful sound design.

The best part of LittleBigPlanet 2’s atmosphere had to be its soundtrack and overall sound design that set the bar extraordinarily high for its future entries. The character, menu, and item noises of the title are not only satisfying by themselves, but its constantly moving audible component is always appropriately set to its vast surroundings. Whether you were swinging around listening to a disco version of Ludwig Van Beethoven’s ‘5th Symphony’ while learning how to use the grappling hook or easing into the game’s atmosphere in the tutorial movie with ‘The Orb of Dreamers,” LittleBigPlanet 2 never misses a beat when it comes to creating an environment that always seems alive. Between the original orchestrations and licensed tunes, there are so many earworm tracks. Despite those static tangible and materialistic backgrounds, Craftworld always sounds and feels emotionally in line with its accommodating scores of amusement and wonder.

All of the fantastic ideas the core campaign and presentation displayed most importantly fueled the game’s online platform of visionaries who were out to make standard levels, high-score challenges, or even legitimate short films. Sackbots, Controllinators, and Music Synchronizers were just three of the many tools that added thick layers of complexity to LittleBigPlanet’s manipulative architecture. On top of hundreds of different ways to create unique atmospheres and situations, there was no telling what some of the most creative community users could come up with in a few dozen hours of their free time. The game was no longer a platform for just two-dimensional platformer levels fulfilling endless ideas of its genre’s design like its previous entries. LittleBigPlanet 2 was an auto-runner, a shooter, a racer, or even a recreation of an arcade cabinet or physical board game. It was a slew of movies with voice acting and storytelling, a magnificent decorative showcase for each player’s artwork created through simple color tools or shapes, and even a full-blown original orchestration with one or more composers. In comparison to its sequels and successors, LittleBigPlanet 2 was ahead of its time as it strived to be a playground where players could decide whether there was concrete, sand, or space beneath their feet.

Craftworld might be dormant now, but the dream of imagination lives on.

Even though a decade has passed since its release and the franchise is no longer prancing on the pedestal of platformers and creation tools it once conquered, LittleBigPlanet 2’s endless stratospheres of imagination will go down in PlayStation history as not only a highpoint for its lineup of first-party titles but a significant time in which game creators were just as involved in their creations as their users. Critical acclaim and notable high sales may have never been able to save an old online game whose platform continues to approach its closing days, yet its strong legacy will always keep it in the minds of those who were impacted by its frisky themes of inventiveness and innovation. Even knowing that its community is almost entirely gone and the database holding its digital history could potentially get its cord cut any day now as Sony begins to phase the PlayStation 3 out of the company’s modern line of consoles, LittleBigPlanet 2 still offers more than what it once started with. It is a tremendous adventure littered with tons of needed stuff and plenty of extra fluff.

If you still happen to have that PlayStation 3 of yours sitting in a reachable box or already hooked up to a flatscreen and awaiting one of the finest side-scrollers available on the brand’s third home unit, look no further than Media Molecule and its community’s most defining journey of dreams, fantasies, and ideas. Craftworld will always remain ethereal as the future of the franchise has constantly remained in limbo, but perhaps one day we will all be able to return to a sprouting digital world of creative freedom and handmade materials for another generation of endless possibilities…

The Rats of A Plague Tale: Requiem