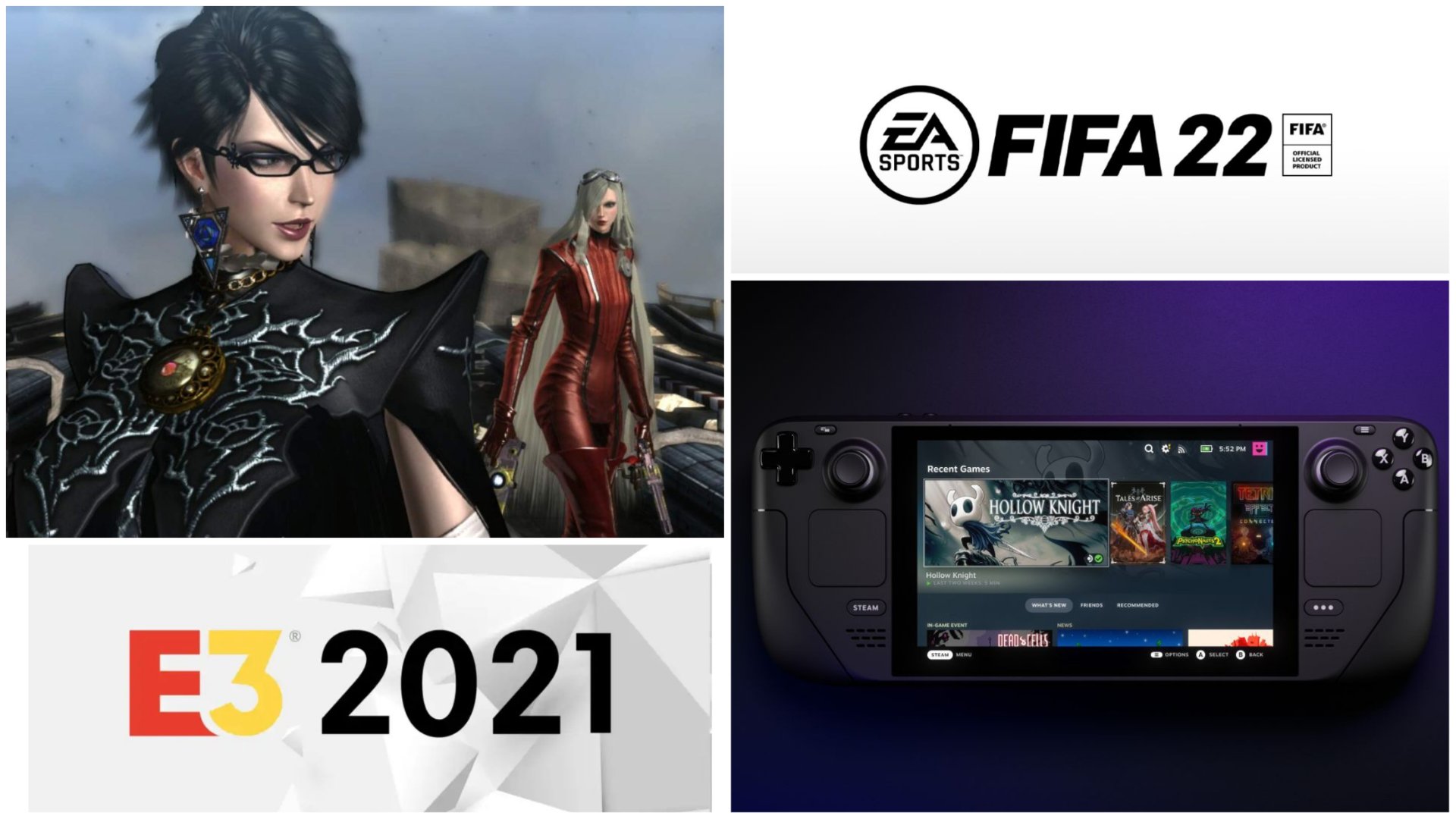 2022 was a full year for video games, from major releases like Elden Ring and God of War Ragnarok to indie hits years in the making. But 2022 was also a big year for video game news, with the Steam Deck’s released, the incredible leak of GTA 6, and the death of E3, officially brought back only a few months later.

Parts of the year were so crowded that major news began feeling positively ancient, like when the New York Times bought puzzle game phenomenon Wordle in January 2022. If like us, you too need a numbered list to keep your feeble connection to reality alive, then keep on reading.

Stadia Closed Down for Good

We could already smell it in the air, but in September 2022, it became official: Google Stadia is closing down in January 20223, and it won’t be replaced by a different streaming service. The news came as a surprise to the many studios contracted by Stadia, most of which are now left trying to find a new home for their (mostly unreleased) games.

Other streaming services, like Game Pass’ integrated cloud gaming functions, seem to have found a decent market where Google struggled to survive. More than an indictment of cloud gaming, then, this seems like the latest in a series of non-gaming tech companies failing to enter the video games market.

Microsoft Studios will raise their games’ base price by $10, bringing next-gen titles like Redfall and Starfield to a 70 dollars price tag. Games not released by Microsoft-owned studios are obviously still free to release on Xbox consoles at a price of their choosing. Still, Microsoft’s sheer presence in the industry could eventually bring other studios to raise their prices too.

This news might not seem like much: after all, Microsoft is just one studio, and their decision won’t directly affect anything they don’t publish themselves. But in recent years, Microsoft has acquired a lot of different IPs, controlling id Software, Bethesda, Arkane, and Wolfenstein’s MachineGames through ZeniMax alone. This move could also drive subscriptions to Xbox Game Pass since games published by Microsoft often get a day-one release on their subscription service.

E3 Was Cancelled Forever, Until It Wasn’t

In March 2022, the ESA declared that their historical industry conference, the E3, was cancelled at last. At first it seemed like the ongoing pandemic might have forced the company to opt out of an in-person conference in favor of a digital showcase, but that wasn’t the case.

Speculation on why E3 2022 was cancelled focused on the departure of Sony and Nintendo from the show but expanded into analysis of the modern news cycle. Anyway, E3 is returning in its classic, physical form in 2023. Looking closely, the ESA always had plans for a return in 2023, yet the announcement of a new E3 was greeted as if the event had come back from the dead.

Wordle Went Viral and The New York Times Bought It

Code-breaking puzzle game Wordle has been available online since October 2021, although similar designs were in fashion well before that. Once the game allowed players to share their results, when black and green began flooding social media, Wordle went viral. Following this incredible success, The New York Times bought the rights to the game and moved the platform to its website.

Even if Wordle’s design is hardly unique, and even if heaps of clones and alternative versions were available even before the acquisition, it seems like this move paid out for The New York Times. Already in March, 2 months after its acquisition in January, the newspaper reported tens of millions of additional new players visiting the website.

Some of the biggest news of this year came from the world of video game voice acting. Even if the news itself quickly turned into drama between former Bayonetta voice actress Hellena Taylor and Platinum Games, discussion over how much the voice actress brought to Bayonetta 3 did rekindle discussion about the role of voice actors in video games.

The topic of voice actor compensation in games last took over the news with the 2016-2017 strike, in which actors tried to obtain residuals, an additional form of payment dependent on the success of a given game. The strike was supported by the likes of Jennifer Hale (Commander Shepard from Mass Effect), David Hayter (Solid Snake from Metal Gear Solid), and many other voice actors, big and small. Even then, the strike was not very successful, and residuals never became the industry standard.

Like most digital stores, Steam prices aren’t the same everywhere and, like most digital stores, Steam regional pricing isn’t perfect. Unlike other platforms, Steam opted to let publishers adjust their game’s price for each supported currency. Recognizing that small teams rarely know much about international exchange rates, Steam offers devs a list of recommended regional prices to go with the game’s value in US dollars.

In October 2022, some regions saw recommended Steam prices go up five times. Some of the hardest hit currencies were the Turkish Lira, where $60 games went from 92 Lira to 500 Lira, and the Argentinian Peso, which went from 650 to 3800. Valve plans to update its regional prices more often to avoid more sudden changes, reviewing its guide annually.

Valve’s portable console opened preorders in July 2021 but only started shipping in October 2022. Delivery has recently started getting fast, with users only having to wait around a week between purchase and shipment. Although it might seem like the Steam Deck was up to a rocky start, Valve seems to have kept the situation under control compared to other console manufacturers.

The Steam Deck has only been really available for a few months, selling over one million copies and becoming more broadly available around the time that preorders began shipping. For comparison, the PlayStation 5 officially came out over two years ago but remains staggeringly hard to acquire.

On January 18th, 2022, Microsoft moved to acquire Activision Blizzard for $16 billion. The deal has been halted by the FTC, the United States agency tasked with enforcing antitrust law, while other regulatory agencies worldwide have been reportedly looking closely at the deal. The FTC seems especially worried about Microsoft’s hand in “subscription content and cloud-gaming business.” In other words, they seem to be as worried about console-exclusive games as they are about the over-dominance of Xbox Game Pass.

Activision Blizzard owns some of the most popular gaming franchises of the last two decades, like Call of Duty and World of Warcraft, as well as popular newcomers like Overwatch. As FTC Bureau of Competition director Holly Vedova puts it, “Microsoft has already shown that it can and will withhold content from its gaming rivals.” It’s also worth considering that Microsoft is already the largest software vendor active today, dealing in much more than just video games.

EA and FIFA are No Longer Partners

In what might be the last of the biggest news of 2022, in early December 2022, FIFA and EA announced that their nearly 30 years of partnership have come to an end. For as long as there have been FIFA games, EA had been the one to publish and develop them. The cause for the split seems to have been the $1 billion price tag for a 4-year concession of FIFA’s name. Vitally, the presence of football teams and player likeness isn’t part of the deal discussed here.

FIFA 2023 seems to be safe for now, but going on both EA and the International Football Federation will produce their own games. While EA has already decided on a new series called EA Sports FC, something that we can expect not to divert much from the FIFA formula, the federation is still looking for a developer willing to help with a new franchise.

GTA 6 Was the Biggest Leak in Recent Memory

GTA 6 might have been the victim of the biggest leak in video games, perhaps second only to the Half-Life 2 leak, which isn’t saying little considering that that little incident almost singlehandedly created Steam. The leak that was published online on September 2022 amounted to a staggering 3 GB of short gameplay sequences.

Even though the version of GTA 6 present in the leak is clearly an early build, some less than tech-savvy players assumed the footage was indicative of the final quality of the game. This sparked an interesting conversation about the secretiveness surrounding certain aspects of the games industry, and it is ultimately unlikely to damage a company as large as Rockstar.