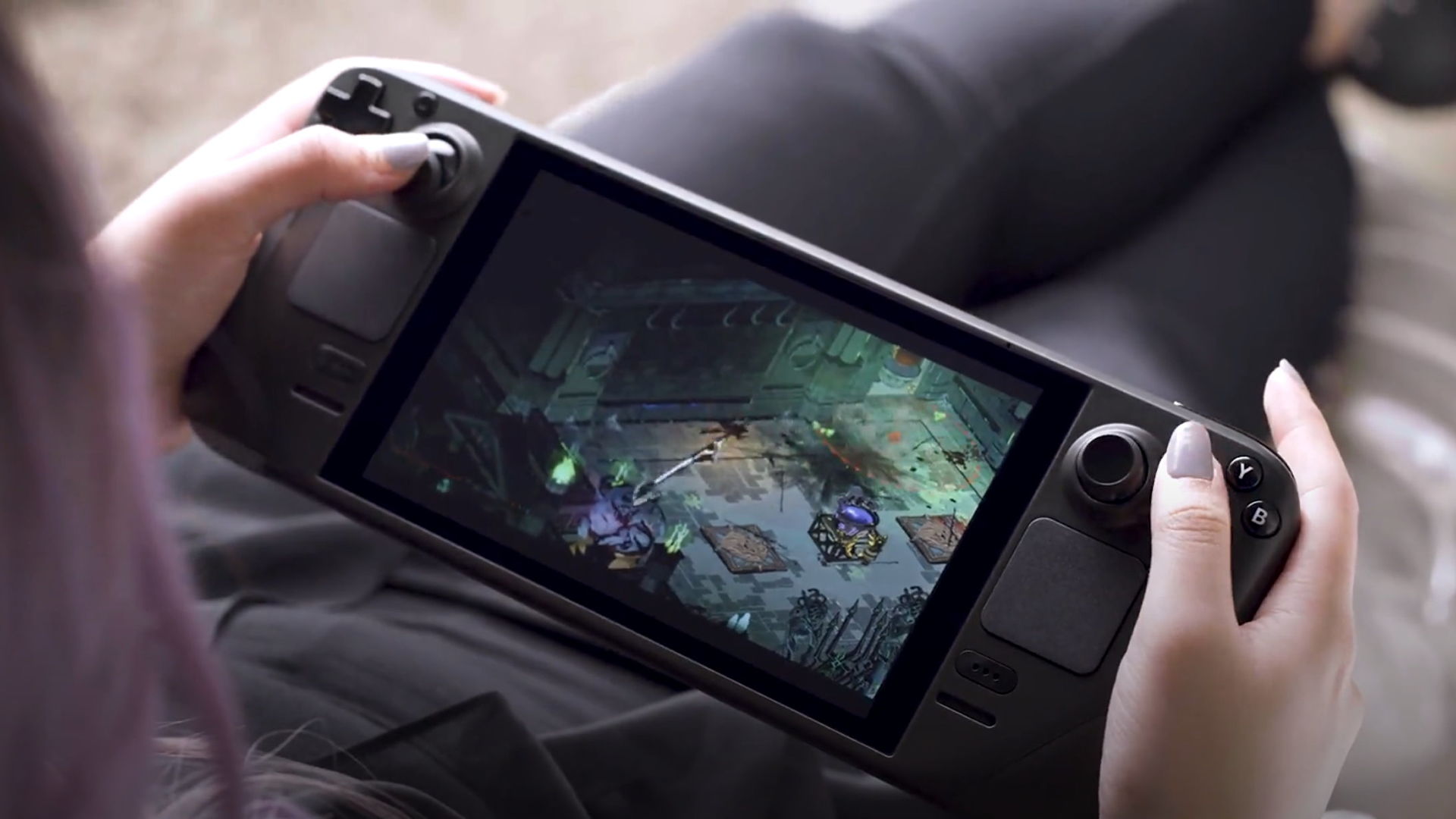 Earlier this year Valve shocked the world with the reveal of the Steam Deck, a beefy handheld PC that Valve claimed would be able to play almost any game in your Steam library. Despite the absurd size of the “handheld”, Valve’s lofty promises of the marriage of capability and openness rightfully turned some heads. But with an original launch window set for late 2021, the new hardware seemed just a bit too good to be true; and as it turns out, it was at least partially that. Valve made the announcement yesterday that their mighty but not so little handheld gaming PC would be delayed two months into early 2022. Considering the state of the world’s supply chain after more than a year of having been ravaged by the Covid-19 pandemic, delays have become an expected part of the release cycle. But this delay could be a result of an even larger obstacle the Steam Deck will have to overcome.

As it stands right now the vast majority of the PC gaming community plays on the Windows operating system. A small but ultra-dedicated portion of the community goes to the trouble of playing their games on Linux, the open-source operating system whose potential is exceeded only by its pitfalls, and the idea of gaming on macOS has become a long-running joke to gamers everywhere. But the relative rigidity of Windows, especially when compared to Linux, makes the task of creating a handheld console like GUI (Graphical User Interface) almost impossible. As a result of this rigidity, Valve has instead opted to ship the Steam Deck with their own customized Linux distro preinstalled. Of course, for users that want to customize to their heart’s content, Valve has been very forthcoming about their building in the option to install and run whatever OS the end-user desires. But for someone like myself, who just wants the device he paid for to work, the Steam Deck distro looks to be an easy-to-use solution.

The hardware inside the Steam Deck will of course require some compromise in fidelity. At the heart of the system, everything is run by an AMD APU featuring Zen 2 and RDNA 2 graphics. While not the most powerful, the APU in the Steam Deck far outstrips any integrated graphics that have been offered from intel. And while the hardware shortage continues to cripple the industry, throughout the duration of the shortage, APU’s have never been a hot ticket. So, while the knee-jerk reaction to the Steam Deck’s delay is undoubtedly to blame the scalpers and the supply chain problems, there may be some larger problems at work.

Using Linux as your primary gaming platform requires extreme dedication and even more patience. As the majority of the PC community plays on Windows, games are naturally built to run on Windows. Over the past several years the Linux community has made it their mission to adapt games that were originally designed for Windows to run on Linux through compatibility layers like WINE. After years of open-source development from an extremely hard-working community, the prospect of gaming on Linux is a realistic one, but still far from being as straightforward as gaming basically anywhere else, well except macOS. So, with the Steam Deck being built on a Linux platform, and recently being delayed, the question of why, is left thick in the air.

Valve has committed to testing the entire Steam catalog to determine which games will be supported on Steam Deck and which won’t. They have even built a website explicitly for helping people check the Steam Deck compatibility status of some of their favorite games. While the catalog is still being reviewed there are four categories: verified, playable, unsupported, and unknown. Verified games have been verified to work well on Steam Deck right out of the box, playable games are games that will work but require some elbow grease from the player to get the proper experience, unsupported indicates games that will simply not be playable on Steam Deck, an unknown are games that have yet to be checked at all. Considering the overall gaming on Linux experience, barring any sort of deal with the devil himself we should all expect to see the unsupported bucket begin to overflow quickly. While Valve may be capable of putting significantly more resources behind development than the open-source community can, at the end of the day every application will react to Linux differently, and Valve’s compatibility layer will become increasingly complex and expensive to develop.

I take no joy in the Steam Deck’s delay, in fact as someone who has always been a proponent of competition in the market, I was more excited for the competition Valve would be introducing than I was for the actual device itself. But delaying a Linux gaming device in the final hour smells more like software issues than it does hardware shortages. And if that’s the case this could end up being a problem for the duration of the platform’s life span as opposed to something that will be naturally resolved when the supply chain ramps back up. Developing a compatibility layer will end up being a project very similar to painting the Golden Gate Bridge, a job that never ends. And with that never-ending job will come a new variable cost to supporting the Steam Deck platform, a cost that could potentially sink the 21st-century Game Gear before it becomes a mainstay in the gaming pantheon.