My group and I started our Vampire: The Masquerade story like it was the early 2000s all over again — Mehmet was not in the mood to entertain ghouls at his club, especially the kind that exploited themselves on Instagram like it was a Las Vegas stripper convention. However, when Rasputin cornered the Instagram model into a corner and slapped him across the face, Mehmet decided to let the patrons take care of him. “Damn it, I’m shooting a nose spray ad tomorrow,” the Instagram model cried as he cradled his sore, red cheek. Mehmet signaled to the DJ to cut the music. “All-you-can-eat buffet tonight, folks,” he yelled into the club, inviting everyone who wanted a drink into the back room.

But the backdrop of our story is nothing like the World of Darkness we knew in the early 2000s. Now, the Camarilla’s power over all vampires has been greatly reduced, even though many of their core principles still shape and guide the lives of vampires around the world. The sect is in a state of flux; many of its oldest and most established members are missing or hard to reach, called away by The Beckoning to the Gehenna War, leaving their territory wide-open for Anarch takeovers. This chaotic political spectrum has opened a locked door for young vampires — or neonates as they are called — that can rise to power and hold a great deal of influence over their domain if they play their cards right. 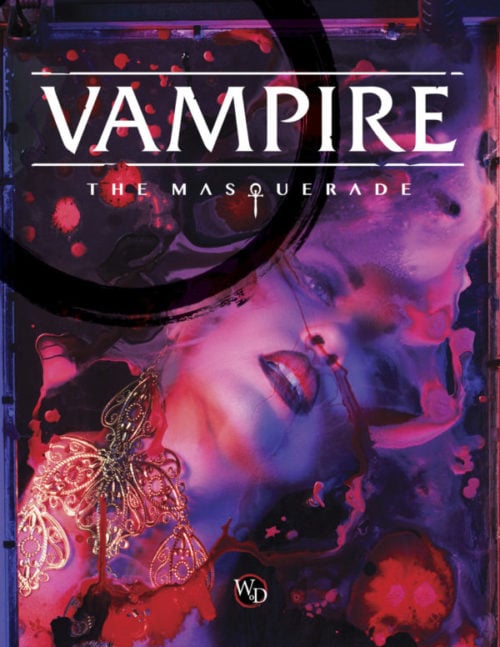 It won’t be an easy task to navigate the long and complex history of their new world. The Sabbat is still a threatening sect, the bad blood between the Camarilla and the Anarchs continues to sour, and the enormous technological advances in the last fifteen years have given rise to a Second Inquisition. Intelligence agencies around the world now have the ability to track vampires across both the physical and digital planes. Upholding the Masquerade seems more important than ever — but that’s up to the player to decide.

At a whopping 430 pages, Vampire: The Masquerade 5th Edition goes over every single aspect of the game in near microscopic detail, which can be both good and bad for new players unfamiliar with the lore, and even for returning players. For starters, the number of playable clans has been reduced from previous editions, featuring the seven Camarilla clans (Venture, Toreador, Tremere, Brujah, Gangrel, Malkavian, and Nosferatu), the Thin-Bloods, and the Caitiff. The core book describes each of these clans in just enough detail to steer the player in the right direction for the rest of their character creation process. Figuring out the amount of distributable Attribute, Skill, and Discipline points is straightforward. Even if your only experience with Vampire: The Masquerade was the Bloodlines video game by Troika Games and Activision in 2004, then everything up until this point will seem old-hat. For Vampire: The Masquerade newcomers, this system will be relatively easy to pick up.

However, the majority of what comes after this in the character creation process is convoluted. This is due in-part to the core book’s content layout and some of the explanations. The Advantages and Flaws sections on the character sheet, for example, are housed together in one section, but the Advantages section in the core book divides that characteristic into three sub-parts: Backgrounds, Merits, and Loresheets. All Flaws and their descriptions are contained in the Merits section, which seems logical, but only one or two Flaws/Merits can be combined. All Flaws and Merits have the same stylized sub-headings in this section as well, even if a trait has only Flaws or only Merits. The Linguistics trait, for example, bullet-lists the different levels of its Flaws and the corresponding points, but doesn’t do the same if a player wants to use Linguistics as a Merit instead of a Flaw; the Merit description blends in with the general description of the trait. The visual representation of the information in this section made this part of the character creation process the most time-consuming. It could have been clearer if the Flaws were separate from the Merits, each with different names and a note indicating that if one is used as one trait, then it could/couldn’t be used at the same time as an opposite trait.

In addition, the Loresheets are the last major chapter in the book, completely separated from the Advantages section, which makes it seem like it’s there to serve as general world-building knowledge instead of part of the character creation process. It’s easy to skip over the this section and not incorporate it into gameplay out of sheer confusion for what the book means by “buy an advantage from a Loresheet.” The table of contents doesn’t point out an exact page or section where that information can be found, but it turns out that “buy” actually means “spend experience points”…and that only scratches the surface of the entire character creation process. 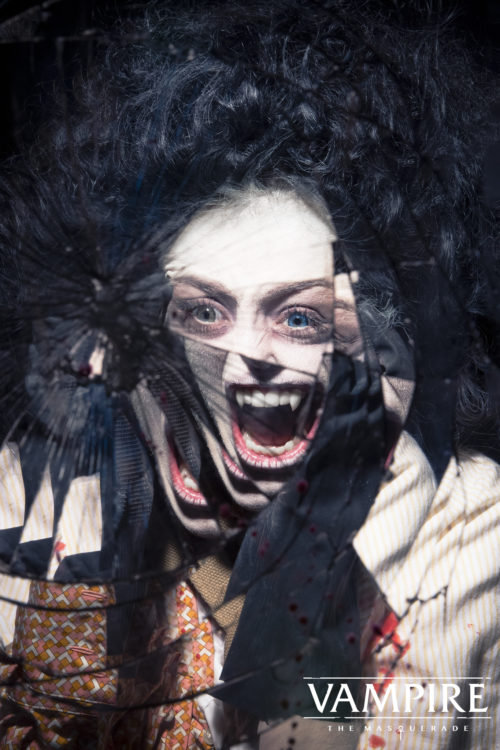 Vampire: The Masquerade 5th Edition further complicate things, as depending on what Disciplines, Attribute, or Predator style the player chooses, the core book may ask the player to add an additional Advantage or Flaw before they get to that section in the character creation process. For example, choosing the Bagger Predator style requires the player to take on the Iron Gullet Feeding Merit at three points, as well as the Enemy Flaw at two points. The Character Creation Summary does not specify the different Advantages, and the process can take much longer than necessary because of how the content is structured.

However, each character creation section on its own is incredibly thought out and fun to read. My favorite section is the Predator section, because it dictates your character’s feeding style and how they obtain blood, which can tie directly into the hunger and humanity point system depending on how your game evolves. Going back to the Bagger Predatory type, characters with this trait will “steal, buy, or otherwise procure cold blood rather than hunt, relying on the black market or your skills as a burglar or ambulance chaser.” For the entirety of the game, the player with this Predator type will never drink blood directly from a human — unless play heads in that direction, perhaps. 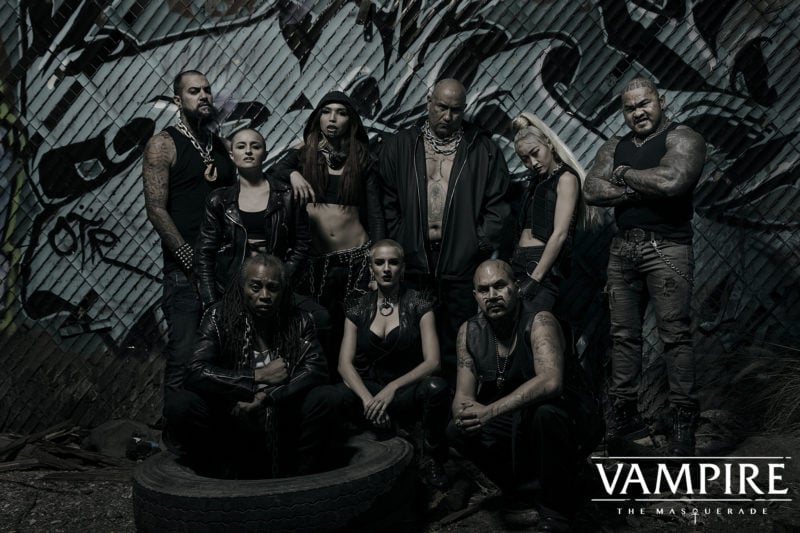 This latest version of Vampire: The Masquerade is incredibly flexible where the overall gameplay is concerned. The game’s golden rule is that there are no rules, only guidelines. Players can use dice to decide event outcomes as much or as little as they want, everyone can create a comprehensive starting point for their world and characters together in a zero session, or they can work from a pre-written scenario by setting their story in a pre-established location in the series or making up their own. The sky is the limit with this version, as it heavily emphasizes collaboration and teamwork, but there is a lot to take in. Also, with the new Hunger Dice mechanic, storytellers and players have to account for a whole new system and roleplay their already complex character accordingly, which can get overwhelming.

For example, some players might realize too late that the Hunger dice aren’t used for feeding; they’re only used when a player has accumulated hunger points, which can be arbitrarily decided by the group or storyteller. For each hunger point, the player replaces a regular die in their dice pool with a Hunger Die, which increases their chances of bestial failures or messy critical wins, but still functions as a normal die — a six or higher is a success. Let’s say a character is facing a level two difficulty situation that requires lock picking: they must have at least two dice in their pool to have a chance at succeeding, and they must role a six or higher on each die. If each die is a Hunger Die and each is rolled at a ten, then it’s a messy critical win, with the character opening the lock but also breaking it in the process somehow. Sometimes the collateral damage can end up making things more complicated, but this new Vampire: The Masquerade world is messier and complex than the last. 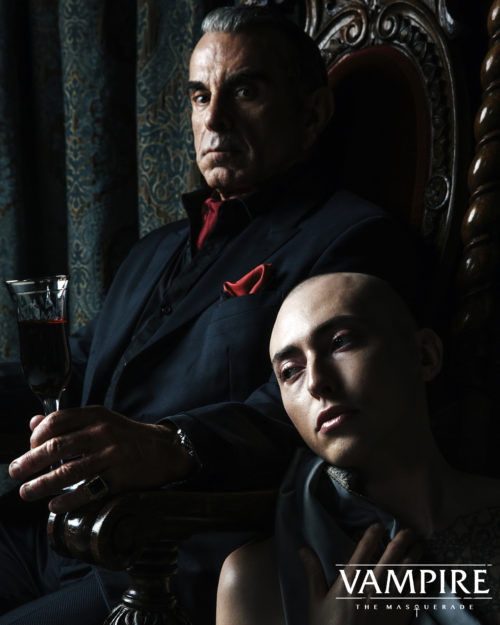 A small thing worth noting: when my group and I initially started our game; both the Storyteller screen and dice set were only available for pre-orders. The game can be played with standard 10ds, but the Storyteller screen includes reference tables, key rules, and a 32-page booklet containing tools and advice on creating and running a Vampire: The Masquerade game; it would have been extremely helpful to have this available when the game initially released instead of just the core book. For veteran players, this would most likely be a non-issue, but new players will appreciate (and in our case, need) any little bit of extra support.

While Vampire: The Masquerade 5th Edition is wonderful and exciting, its weakness is having a core book as freeform as the gameplay. (And I haven’t even begun to scratch the surface yet of just how in-depth this version goes.) The lore itself is as rich and as interesting as ever, especially with the added emphasis on players’ vampires as monsters, and a simplified version of playable clans to choose from. However, understanding both the character creation and base rules are crucial to starting the game off on the right foot.