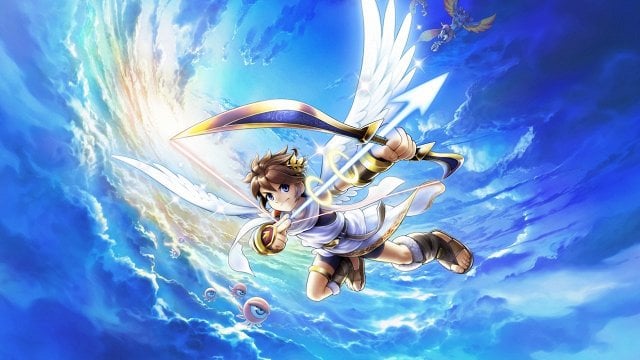 With one of the best game libraries out there for any system period, handheld or otherwise, the 3DS has no shortage of great games to play on the go. There is not only something for everyone, but a ton of those somethings, and because of this, for a long time the little portable hogged most of my gaming session attention, even when a shiny new Wii U showed up in my living room. While it has plenty of offerings perfectly suited to a bus commute or airport gate wait, there are also loads of titles for players to really sink their teeth (and precious gaming hours) into as well, some of which I occasionally think would be even more amazing up on my TV screen. Here are the three 3DS games I most want HD sequels to, whether on the Wii U, or some mysterious new console:

After the decent but somewhat disappointing Kirby and the Rainbow Curse, the Wii U needs a nice, traditional Kirby game to bow out on. Triple Deluxe was a wonderful reminder of how pleasant playing as the little pink puffball can be when you actually directly control him, but though the stages were colorful and full of nice touches, I couldn’t help but think the liveliness of the world was held back due to technical limitations, and never quite popped to its full potential.

Triple Deluxe has a ton of epic moments, with massive bosses and an even more massive gale-inducing Kirby wreaking havoc by ripping trees out by their roots and rolling gigantic snowballs with his suped-up sucking power, but across the tiny 3DS screen these awesome activities don’t quite have the awesome impact that could be possible with a TV so big it looks better on a wall. Also, Kirby games have never blown anyone away with their gameplay, instead relying on an immense amount of charm to augment the rock-solid, basic enemy-inhaling. After catching glimpses of the gorgeous high-def clay visuals on display in Rainbow Curse (whenever I had a chance to look up from the lower resolution gamepad, that is) and basking in the warm and fuzzy patchwork aesthetics of Epic Yarn and (even more so) Yoshi’s Woolly World, I’m convinced that the power of a home console is just the cutesy shot in the globular arm thing that Kirby needs to truly shine again.

I love the relaxed platforming the Kirby series excels at, and would welcome another shot on my Wii U. Just let me play with buttons this time. 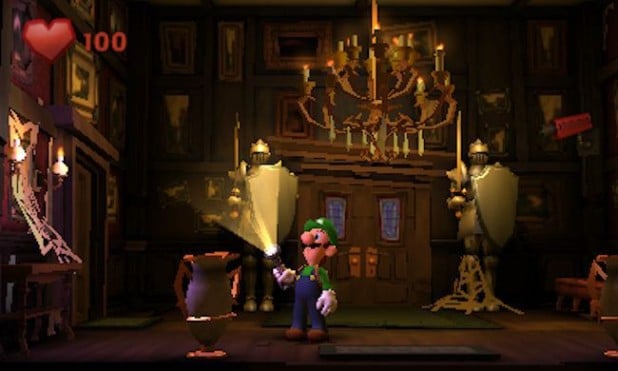 The original for the Gamecube was a great game, but is there anyone who has played Dark Moon that doesn’t believe it to be better in nearly every way? With such a rich atmosphere spread out through several unique haunted house environments, and fantastic puzzles and ghost-sucking action, developer Next Level did an amazing job transitioning a more home console-oriented format to something that felt natural on a handheld. After playing through the game a couple of times though, my conclusion is that it’s time for Luigi and is Poltergust to make a return to the big time.

While the Luigi’s Mansion concept works very well when cut up into bite-sized mission-like segments as it is in Dark Moon, when the cartoonishly creepy vibe of the various creaky old houses is allowed to really breathe, that’s when the games are at their best. Getting constantly yanked out by Professor E. Gadd after meeting an objective creates a break in the immersion, meaning all the tone and ambiance has to be reestablished with each new stage. However, the power of a home console could offer a more seamless experience when exploring the many rich details and mysteries from room to room and attic to basement, one that would keep players submerged in the thick cobwebs, dripping taps, mischievous glowing spooks, and comical shivers of the stammering hero in green. Also, better mustache physics.

With updated visuals and improved sound, Luigi’s Mansion would be a perfect fit to return to the home console scene. After all, Luigi is still big; it’s the pictures that got small. 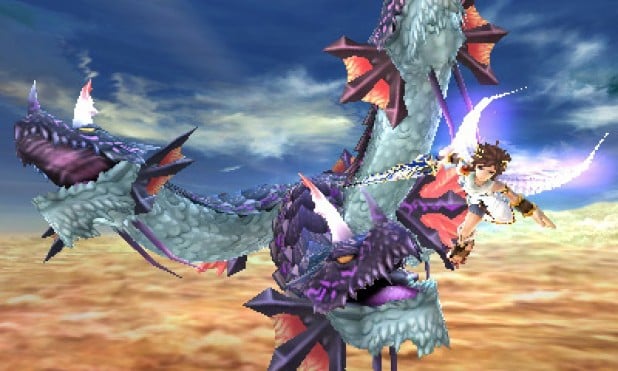 If ever there was an amazing 3DS game that really had no business being on the 3DS, it’s Kid Icarus: Uprising. Absolutely gorgeous, even with its pixels showing, cleverly written and voice-acted, and chock-full of content, from games modes to secrets, Uprising is one of the most epic action spectaculars on any system, and a must-experience for any owner of Nintendo’s handheld. In fact, it’s biggest flaw is that it happens to be on that very handheld.

This is not because the 3DS can’t handle the workload (though HD visuals would’ve melted faces), or that the nature of the mission structure isn’t suited to short gaming sections; Uprising as a concept fits perfectly into the small system’s repertoire. What doesn’t fit are normal adult human hands when forced to contort themselves into wrist-straining positions in order to conform to the game’s “unique” control scheme. While using the stylus to aim in the aerial sections was fairly smooth, it’s hard to explain how uncomfortable and awkward managing the ground-based segments could be, pushing various buttons with the one hand holding the system. Sure, you eventually get used to it; I did, and I probably have the scar tissue in my now-deformed claw hand to prove it. It was worth playing through the pain, but show me someone who doesn’t think a second analog stick in place of the stylus control wouldn’t have been heaven, and I’ll show you a sales rep.

Kid Icarus: Uprising is a game that wants to soar to the heavens at breakneck speed before plummeting back to the fiery earth below, bursting with the kind of energy and enthusiasm of a kid who’s had too much dessert. Icarus doesn’t want to be fed; he wants to hunt. Set him free, next time in dual-analog HD.

Here are the runners-up, games that I’d still love to see on a console, but each with a reason or two that holds it back from making perfect sense.

-Fans have been hoping for a new Animal Crossing free from board game tendencies for quite a while now, and though I admit I would absolutely be game for that as well, the minutes-long sessions it usually inspires are better suited to a handheld anyway. I think Nintendo is ultimately right to keep this series mobile.

The Legend of Zelda: A Link Between Worlds

-Because I’m greedy and an HD 2D Zelda based on that version of Hyrule would make me feel like a kid again. In a perfect world this would happen, but I understand Nintendo’s resources are better spent getting us that new 3D one that also looks, oh I don’t know, incredible.

-Because it already exists! C’mon, Capcom; though the 3DS should have gotten the sequel to a game that originally appeared on it, you could have at least thrown a bone to fans who like myself think it’s still one of the best games available for the handheld by porting it to the Wii U. Not fair. At all.

So those are my picks. What sequels to 3DS games would you like to see on a Nintendo home console?