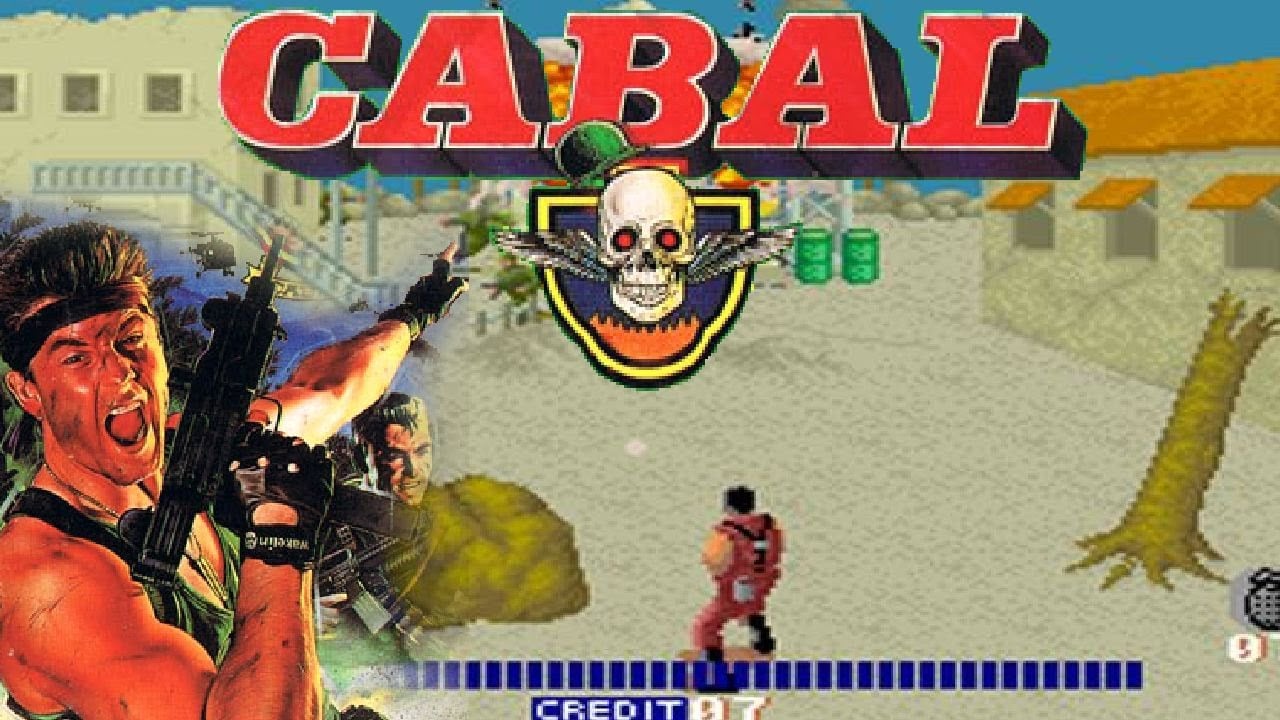 There is something about aiming and firing at a target that many people find innately satisfying. Whatever that something is, the gaming industry has been keen to exploit it wherever possible, to the point where the vast majority of action-oriented games in the modern age have some kind of aiming feature. Arcades in the 1980s and 1990s were particularly fond of the idea, as a whole host of shooting gallery games were created to capitalize on it. One such title, the 1988 arcade title Cabal, had a unique take on the shooting gallery concept— one that combined the sensation of firing a weapon with the inherently enjoyable act of moving an on-screen character. This title ended up spawning a subgenre of the gallery shooter that, to this day, is incredibly niche and difficult to come by. Despite this, the “Cabal shooter” is an incredibly fun genre with a great deal of potential, and titles that expand on what Cabal established make the genre’s strengths especially evident.

This creates a fun multitasking element where the player has to focus on aiming at enemies and background objects while maneuvering the character away from bullets and other weaponry coming into the foreground. Of course, this gameplay idea can be found in the multitude of third-person shooters that exist today, but the fixed, single-screen perspective of Cabal makes the action much more readable without sacrificing the challenge inherent to the concept. The limited field of view is also beneficial in that it gives the developers complete control over enemy spawns and bullet patterns, which creates a consistent challenge that is not easy to replicate when players can fully move through a 3D environment. This gameplay style offers the perfect mix of approachability and complexity, and given how enjoyable it can be, it comes as no surprise that future titles would give their own spin on the idea.

A number of Cabal shooters have been released since that landmark title, but Natsume’s Wild Guns is probably one of the more well-known ones. The gameplay and general structure are fundamentally similar to Cabal’s, but a number of additions and tweaks make Wild Guns a much deeper experience. Aside from shooting, Cabal gave players weapon powerups, grenades, and a dodge mechanic that rendered the character briefly invulnerable to damage. Wild Guns features similar mechanics, but it expands the players’ options considerably. The game gives players an alternative to moving and dodging in the form of the double jump, which sacrifices invincibility frames in favor of granting more control over evading bullets.

Since each evasive option has advantages and disadvantages, players are encouraged to strategize and use different evasive maneuvers depending on the situation, which increases the complexity of defensive play considerably. Players can throw lassos at enemies to momentarily stun them, and they can also pick up sticks of dynamite thrown by enemies and toss them back, giving players further options to consider in the thick of combat. The game even takes a page from Dynamite Duke by allowing players to melee enemies approaching from the foreground. This is a small addition on its own, but given the chaos happening onscreen, it serves as a valuable way to mix players up and keep them on their toes.

Wild Guns increases players’ options further when it comes to how they deal with enemy bullets. Rather than dodging or jumping over bullets, players can opt to shoot them down instead. Players could actually shoot certain projectiles down in Cabal as well, but Wild Guns makes firing at bullets much more integral to the gameplay. Attempting to shoot down bullets is inherently risky, as players will often be right in the line of fire when doing so. But successfully shooting bullets will fill up a meter that grants players temporary invincibility and heavy firepower when full. It’s an engaging risk-reward mechanic that further complicates players’ decision-making, and this combined with the other options available make Wild Guns into an exceptionally rich gameplay experience with a high skill ceiling. If Cabal set the groundwork for this kind of game, then Wild Guns perfected it.

In 2000, Treasure’s N64 cult classic Sin and Punishment took the Cabal shooter gameplay in a bold new direction. This game has a distinct advantage over prior “Cabal shooters” in that it features full-rendered 3D environments. Players are still only allowed to move along the X and Y-axes, but the 3D environments allow the game to take a page from rail shooters and automatically guide the player character along a fixed path filled with enemies and hazards. SNK’s NAM-1975 actually dabbled with this idea through its scrolling backgrounds, but the power of the N64 allows Sin and Punishment to feature much more elaborate stage progression and scripting, which makes the title a true hybrid of the rail shooter and Cabal shooter genres.

This scripting allows for a much more dynamic experience both visually and mechanically compared to prior Cabal shooters, and it even plays with its scripting in several unique ways, such as when it introduces a platforming boss section or a side-scrolling, Contra-esque segment. The core gameplay is expanded meaningfully in other ways; thanks to the N64 controller’s analog stick, d-pad, and C buttons, both the character and the reticle can be controlled independently at the same time, so players are no longer forced to stand still when aiming if they don’t want the character to move toward an undesirable position. The game also turns the simple melee mechanics of Dynamite Duke and Wild Guns into a core gameplay element, allowing players to deal more damage to enemies and even reflect oncoming projectiles whenever the opportunity arises. All of these innovations make Sin and Punishment a truly important title within the history of Cabal shooters and demonstrate the sheer amount of potential the genre truly has.

Star Successor: Aiming for the Skies

In 2010, the sequel to the N64 gem, Sin and Punishment: Star Successor, took the Cabal shooter to further heights. One of the major new additions to the gameplay was the pointer functionality; players could now aim the Wii Remote at targets if they preferred not to use an analog stick. This ends up being a perfect fit for the Cabal shooter genre; motion-controlled aiming is much easier and snappier than aiming with a stick or d-pad, and it frees up the fingers completely to focus on other actions. The design of the Wii Remote and Nunchuck also lends itself well to this type of game; the default controller mapping allows players to focus on aiming and attacking with the right hand while concentrating on movement and evasion with the left hand, which makes for an extremely intuitive control setup that makes multitasking feel more natural and fun.

The other major addition was the ability to fly all around the X and Y-axes, which expanded the possibilities of gameplay significantly. Not only does this allow for a greater degree of freedom and control, but it also means that the game can incorporate ideas from other shooter genres to go all out on the challenge. The Contra-esque sections from the first Sin and Punishment have evolved to feel more like side-scrolling shoot ’em up segments, and the title frequently makes use of bullet hell-like patterns that require precise dodging and countering. It’s an eclectic mix of genres that come together perfectly, and this makes Star Successor a title that takes the Cabal shooter concept to what feels like its limit.

As of today, few Cabal shooters have been released since Star Successor. The airborne segments of Kid Icarus: Uprising did feature Star Successor-esque gameplay, and an updated remaster of Wild Guns, titled Wild Guns: Reloaded, was released on modern systems, but the genre has been mostly untouched otherwise. Perhaps the immense popularity of the first and third-person shooter genres made developers much less likely or willing to explore this gameplay idea further. Whatever the cause, the obscurity of this genre is a real shame, as the Cabal shooter offers a unique, fast-paced, challenging, and overall fun gameplay experience that other shooter genres can’t quite replicate. These titles deserve recognition for their innovation, and hopefully another developer will have the creative spark to take another crack at this genre sometime in the future.