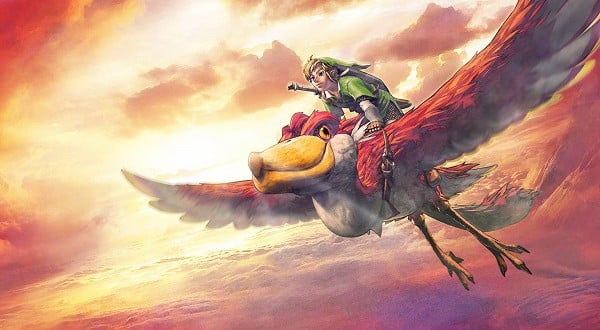 The first game I ever remember playing retains the endorsement I’ve always given it for containing my favorite musical piece from any video game, even after the twenty or so years since I first heard it.  I am referring to “The Ballad of the Wind Fish” from The Legend of Zelda: Link’s Awakening, originally exclusive to the Game Boy.  I remember replaying the games climax over and over for another chance to hear the song which beautifully emulated real instruments despite the audio limitations of the time. In a game where each dungeon’s trophy is an instrument, “The Ballad” is a fitting reward and finale for collecting them all before waking the Wind Fish and vanquishing evil from Koholint Island.  This is but one magical, musical moment from the series, and perhaps one of the reasons The Legend of Zelda remains so relevant and revered after more than twenty-five years are the soundtracks accompanying each game, capable of filling us with nostalgia and longing to relive each and every moment of the masterpiece series’ history.

With such a musically-enriched history and musicality serving as such an integral part of the series, it is no surprise that The Legend of Zelda is rightfully the basis for a symphony.  I had the privilege to attend The Legend of Zelda: Symphony of the Goddesses for the third time last year, and after three memorable evenings at the orchestra, I feel fit to declare Symphony of the Goddesses a revelation and a fitting tribute to thirty years of Zelda and a must see (must hear?) for all Zelda fans and music lovers alike. 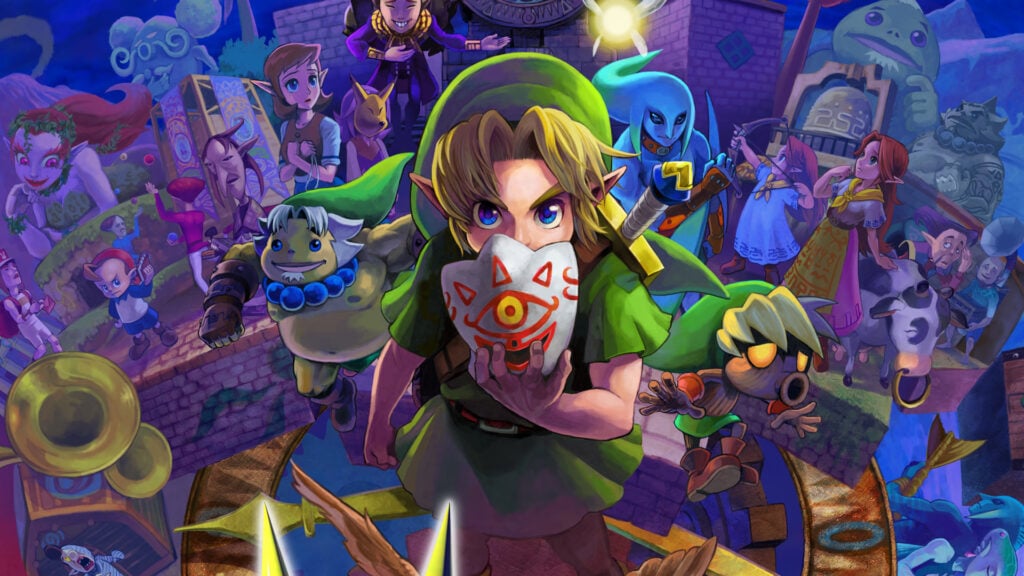 A bit about the symphony.  First announced at Nintendo’s press conference at E3 in 2011, the symphony began as a 25th Anniversary concert series which was performed in Tokyo and L.A. produced by Jason Michael Paul Productions as well as individual producers Chad Seitor and Jeron Moore.  Some of the music from the 25th Anniversary concert tour was featured on the CD that accompanied the release of The Legend of Zelda: Skyward Sword.  One year later, the tour was expanded and visited the rest of the U.S. and Canada and was retitled Symphony of the Goddesses.  This title has remained for the second tour, subtitled “Second Quest” and the third and current tour, “Master Quest.”

The symphony itself features all-new arrangements approved by some of the most important individuals to the Zelda franchise, producer Eiji Aonuma and the composer and sound director himself, Koji Kondo.  The program arrangement is truly a symphony, taking melodies and songs from some beloved games and arranging them into a two-act, four-movement structure, all paired with clips and movie arrangements from a multitude of the titles.  With an overture, prelude, finale, encore, and some memorable interludes to fill in the gaps, the symphony focuses on the stories of A Link to the Past, Ocarina of Time, The Wind Waker, and Twilight Princess as the four main movements.  Year to year, an emphasis has also been placed on current titles.  “Second Quest,” prominently featured music from The Wind Waker and included footage from the then yet-to-be-released The Wind Waker HD for Wii U.  Meanwhile, extra interludes with highlights from Majora’s Mask 3D and A Link Between Worlds made up the remainder of the program.

The formatting isn’t why the concert is worth attending each time it comes around, though.  It’s worth noting that each year the concert is a little different.  The first time attending, some of those involved with making the tour happen shared some of their favorite Zelda moments and games before introducing a movement in what was a very personalized and heartfelt show. In my third watch, each movement was introduced by Aonuma, Kondo, and Shigeru Miyamoto in video format, who each shared why they thought the music was such an important piece to each game, shedding some light on their approach to each game and sharing some of the series’ history.  While that does help the procedures from getting stale, it isn’t what keeps me coming back.  What makes Symphony of the Goddesses so phenomenal is nothing short of perhaps the best arrangements of memorable Zelda themes and melodies you will ever hear.

Whether referring to the dark, somber themes of Twilight Princess or the lighter, appropriately buoyant themes of The Wind Waker, the arrangements of these songs are simply gorgeous.  Hearing the old, tried and true themes from A Link to the Past no longer restrained by the best sounds a Super Nintendo can produce, but instead performed by a live orchestra is nothing shy of awe-inspiring. The themes of the younger games hold up almost equally as well, and I was thrilled by the A Link Between Worlds suite.  The original pieces that inspired the symphony were already endued with enough heart to bring each game to life but the efforts and the passion of those who produce this symphony and who arrange each piece is apparent in every song.  Consequently, the emotion each piece evokes is multiplied when performed by a live orchestra.  The haunting themes of Majora’s Mask have never sounded more obscure and horrific. The classic, universally recognizable “Legend of Zelda Theme” has never seemed so lively and adventurous. The beautiful renditions of these songs are graced with many of the powers of Link through the ages.  They have the ability to transcend time and space, can transport us to different worlds, and can fill us with hope, or fear, or courage.  Perfectly paired and synced with gaming footage, they can take us back to Hyrule, or Termina, or even Koholint Island, where it’s like I am a four-year-old boy hearing “The Ballad of the Wind Fish” for the first time all over again.

Whether you are a long-time Zelda fan, a young hero new to saving the land of Hyrule, or even a stranger to the Zelda franchise, do yourself a favor and attend The Legend of Zelda: Symphony of the Goddesses concert series.  With some of the most brilliantly realized versions of many of the franchise’s themes, the concert will have you reliving old adventures or sending you on them for the first time.  Fair warning, though, if you do attend the Symphony of the Goddesses, the concert will have you craving to play or replay every game in The Legend of Zelda saga.