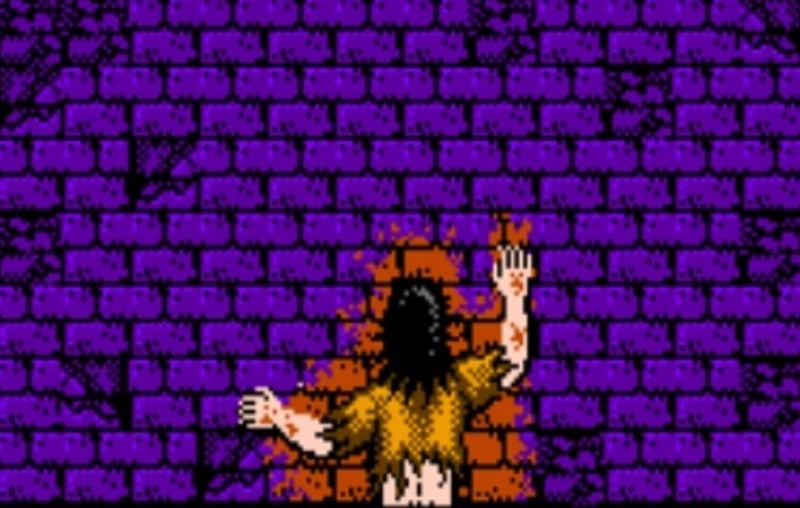 Something eerie appeared in 1989. Something unnerving. That feeling you get when you’re walking home at night alone, and the shadows of the trees belie in the moonlight, and the sound of your heart agitates your mind. A hypnagogic-induced distortion, hallucinating around the very comfort of your existence. That’s the deceptively named Famicom game Sweet Home in a nutshell; a pioneer in the horror genre of gaming.

Sweet Home was never released to a western audience. It’s ‘brutally horrific imagery’ led it to not be localised into other regions, remaining a Japanese exclusive. But it’s the beautifully sinister artwork that made this game such an iconic masterpiece. As were the graphic limitations of the time, the use of powerful artistry to convey the consternation that inhabited the mansion was a brilliant exertion of creativity. What might appear as rather basic imagery by today’s standards, was actually quite the detail in its time. The monsters were cleverly designed and had a personality beyond anything that was created in that particular era of gaming. You might remember the mindless goombas from Mario Bros. or the dopey moto bugs from Sonic The Hedgehog. Two classic enemies, but lacking the consciousness to be anything more than a simple obstacle. The various enemy encounters in Sweet Home were as scary as they were varied. Each new threat, each with a different obstacle, providing different puzzles to solve.

And this is probably one of the best aspects of the game, the level design. Sweet Home is loosely based on the Japanese film of the same name. It’s director, Kiyoshi Kurosawa, is credited as a supervisor in the game. The tricks from the movies are applied brilliantly to the game. The minimalistic approach to the events and settings help to create the eerie atmosphere that surrounds the mansion. Right from the start, the game opens with an aerial shot of Mamiya Mansion, and within the same shot, the five playable characters arrive at its gate. This establishes the location and the setting, and the sense of isolation which inevitably begins to unsettle your nerves.

The plot itself is typical of any horror film. Five heroes lost in a mansion, trying to find their way out of the madness. But the story-telling aspect is far removed from the predictable horror genre. Much of Sweet Home’s plot is revealed through diary entries and messages in paintings (many horror games in recent years have taken this approach). However, they can easily be missed. There is no divine being controlling your path through the mansion, nor is there is anything that will alert you to the answers. The significant can be elusive. The answers concealed. The path to freedom impossible. The story is discovered rather than told. That feeling of helplessness is exactly how a horror game should feel. This sense of helplessness is only enhanced by the design of each room in the mansion. There’s a claustrophobic-feel in each room, part of its minimalistic design. The sense of ambush or entrapment runs through every door in the mansion. And there are a lot of doors. The mansion is vast, consisting of endless rooms, hallways, and open spaces; not getting lost is a success in itself. This all adds to that forlorn atmosphere that keeps your heart palpitating. The anxious sense of anticipation that convolutes through every step as you wind yourself through the dark maze, adds suspense where contention isn’t necessarily there. The layout of the mansion is arguably the best design of any horror game to date, including Resident Evil.

And the comparisons with Resident Evil are obvious. Sweet Home was actually the inspiration behind Resident Evil. The game was created by Tokuro Fujiwara, who would later create Resident Evil, and the survival horror genre began. The first Resident Evil ameliorated behind the sense of mystery from Spencer Mansion, leading the player into scenarios of confusion. This disorientation started in Sweet Home and has continued throughout the Resident Evil franchise. In Sweet Home, the team of five start with no weapons and are locked within the realm of the mansion by Lady Mamiya, making them vulnerable from the beginning. This precipice is further intensified by a gameplay mechanic that only allows you to control a team of three at one time. This means at least two characters must be left behind at all times. This casts your mind into several places at once and discombobulates your focus. Never before has there been such a lack of control in a video game.

However, the cadaverous awakening feeling that you get from the horror genre would be undone without ominous soundtracks. Junko Tamiya did a stunning job with the music throughout Sweet Home and has made this game a retro-classic. The thin-line between comedy and horror is often through the medium of music. A horror film on mute quickly becomes as absurd and ludicrous, as it is empty and mundane. This is no different with a horror game. The pressures that confront your fears in any horror video game usually start with the soundtracks or sound design within the gameplay.

Sweet Home is no stranger to using sound to evoke discomfort. From the random echoes in the dungeon, to the ambiguous chant within the basement. You know you’re in a place where bad things have happened. This video showcases the accomplishment that Junko Tamiya had achieved with this beautiful, orchestral marvel:

Sweet Home fused many genres together. It was undoubtedly an RPG at its core, but it started the survival horror scene at the same time. It’s an adventure game without innocence. It’s a horror game without prescience. Sweet Home is one of the best survival horror games ever made and was decades ahead of its time. Any fans of Resident Evil should definitely give up their time to play it once or twice.