Video games have always had difficulty balancing fun and realism when depicting skateboarding. Games like Tony Hawk’s Pro Skater bring an absurd, over-the-top approach to the extreme sport – emphasized with flashy tricks and insane combos. Then there’s the Skate franchise –  a more grounded, though still silly, reaction to the crop of skateboarding games made at the time. Session fills an even more particular void in the skateboarding genre: the realistic sim. Currently out in Early Access on Steam and Xbox Game Preview on the Xbox One, the game offers a unique, tactile experience. By focusing on the basics of skateboarding, Crea-ture Studios captures a feeling with Session that fans of Skate will appreciate but may have some difficulty acclimating to initially. Those who have skateboarded in real life will feel right at home, while those who haven’t can get the closest thing in video games.

The most important thing to note when jumping into Session is that it doesn’t seem robust on the surface. With a handful of maps to skate around that vary in size, the appeal to Session is its accurate portrayal of skateboarding. Stripped down to pretty much just grinds and flip tricks, it’s a seemingly small offering for those used to doing immaculate combos with a wide variety of tricks. This will turn off many – even myself, initially. The game doesn’t even really offer much in terms of guidance to new players. A short tutorial on the basics of skating sums up the game’s core mechanics succinctly, but it isn’t until digging through menus that more of the content becomes apparent.

The tutorial the game does have is only really intended to introduce the core control scheme. While players can switch to ‘Legacy’ controls (more akin to Skate’s left-stick movement and right-stick trick system), Session offers something incredibly different to what’s been available before. The left and right analog sticks possess the left and right feet, respectively, while the left and right triggers apply pressure to either side of the board in order to turn in each respective direction. Each component of the controls is going to take time to get used to, but in the end, there’s a distinct feeling of complete control that no other skateboarding game has really captured. I found it easier for myself to swap out the controls a bit and have the analog sticks control my front and back foot. This made it so switching stances from Regular to Goofy didn’t have me rewiring my brain constantly. Eventually, I swapped back to the left and right foot controls when I was ready to take the training wheels off.

Skateboarding for me has always been a calming learning experience. You don’t take your board out to do a 900 McTwist. The board comes out as a form of escape for most, and brings with it it’s own personal set of challenges. Even the most basic tricks are not seen as “basic”, they’re seen as a stepping stone to something else. Session brings that feeling alive by opting out of having any real sense of objective. It’s about doing that trick into that grind and landing it successfully; or conjuring up a line that has you utilizing various urban fixtures; or just getting enough air and speed to slide down that one really long railing. It could take one try, or it could take 100. There’s an inherent zen-like quality to just perfecting something, and Session is built around not deterring players from the learning process.

In order to capture such a specific feeling, the controls are built to closely resemble the actual act of skateboarding; the locations are generally modelled after real-life places and fixtures; and the ability to drop a marker for where your session starts and instantly respawn there after bailing removes the barrier of waiting to retry. It actually feels more akin to perfecting a run in a game like Hotline Miami than it does playing a typical skateboarding game. If you’re feeling like an area could use a ramp or a rail to really make things interesting, the game lets you pop that into the map very quickly. It all has a very grassroots, do-it-yourself vibe. There just aren’t really experiences as close to the real thing as Session.

Beyond the skateboarding itself, there’s the ability to create your own montage and edit replays from lines you performed or just to relive that single kickflip over the 9-stairs in Brooklyn Banks. Many of the replays I captured usually revolved around a Historical challenge I was attempting to complete. These challenges often center around tricks real-life skaters have done around specific locations. There’s a bevy of those to complete, on top of daily, weekly, and monthly challenges. The only gripe is that the dailies tend to be really similar to previous dailies, often entailing one trick be done a multitude of times. While it instills a mastery of the trick, seeing something repeat so quickly seems a tad intense for a feature that should be more into opening players up to more tricks and combos.

There are other features built into the game too, but they are currently listed as ‘Experimental’ and aren’t really fleshed out fully. There’s a grab feature which seems like a nice idea until you realize that there isn’t usually much of a demand for grabs in the locations provided. Every map is pretty horizontal, with just a few ramps that could be worth gapping over while doing a grab. Other features include a multiplayer game of S.K.A.T.E. (for those unfamiliar, it’s a variation on H.O.R.S.E. but with players doing a trick while the other player attempts to replicate it), and an overlay of what trick you performed as you do it. The latter is extremely helpful when trying to figure out if you’re really getting the hang of nailing one particular trick.

Outside of the game, players can head back to their apartment and customize their replays as well as their skater and skateboard. Featuring some actual skateboard companies, there is a decent selection available to help make your skater your own. The major problem is that customization limits itself in terms of how detailed one can get. A color slider to customize color palettes for various articles of clothing or the wheels on a board would go a long way to adding a little bit more variety. However, at the moment the game has enough that I found a deck I enjoyed and a satisfying-enough attire to wear while skating. Hopefully more robust customization options are down the road since the game has captured a very DIY-attitude in many of its other aspects.

Session’s greatest feat isn’t just replicating the skateboarding experience; it’s making the player feel like they could go out and skateboard. Sessioning a spot for a while teaches discipline and patience. Most importantly, it helps develop players without holding their hand too much. Of course, the downside to many will be the lack of guidance in place. A little nudge in one direction or another could help immensely in finding a new obsession in the world. Often I went out and found my own fun in the game. Which is perfectly fine, and as previously mentioned, a welcome opposition to the skateboarding games that hold your hand through a story or campaign. Your mileage may vary, but once there’s an understanding of what Session is offering, it can be a truly satisfying, relaxing experience. 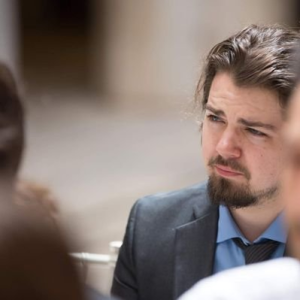 Remakes Are Not the Same as Game Preservation