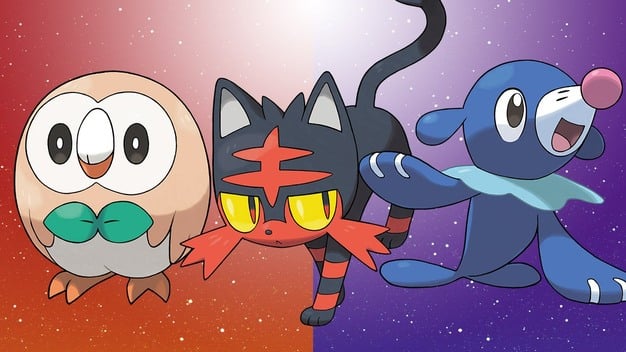 It’s the first impactful decision you have to make in any new Pokémon game. Who’s going to be that first Pokémon to lead you through your voyage?

We were treated to the first video of gameplay from the newest versions, Sun and Moon, at E3. The E3 demo also showed, along with the new Alola region, three new Pokémon. That footage got my Pokémon juices flowing, and made me start thinking about the next triplet of Pokémon to choose from! Here are the next starters and what we know about them. All detailed information originates from Pokémon-SunMoon.com. 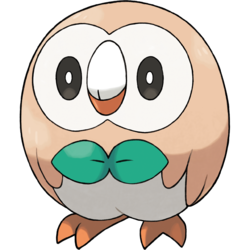 Rowlet
Height: 1’00’’
Weight: 3.3 lbs.
The grass-type starter offered in Sun and Moon is a grass and flying type quill, similar to an owlet. When I think grass/flying Pokémon, I think of Tropius from generation III. Having flying moves with grass moves are effective, but I quickly learned about a large amount of Pokémon that could put heavy damage on this type. Rowlet’s starting attack is a new move called Leafage. The attack is described as thrusting leaves towards its enemies, sounding similarly to razor leaf.  Nothing different here, Rowlet’s ability is Overgrow, an ability used by all grass starters since Generation III. 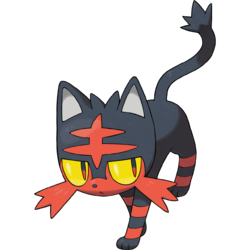 Litten
Height: 1’04’’
Weight: 9.5 lbs.
The fire-type starter is a fiery cat Pokémon that will keep its cool on the battlefield. Litten’s summary description has it attacking with “flaming hairballs” by using its oily hair and its fiery nature. I wouldn’t want to be hit by that saliva filled fire bomb. Litten starts with Ember and has the ability Blaze, another common characteristic with starter fire Pokémon. 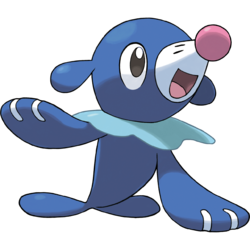 Height: 1’04”
Weight: 16.5 lbs.
Popplio is the water starter Pokémon. The Sea Lion Pokémon is known for its speed and balancing on balloons. Popplio has an excellent work ethic constantly practicing balancing water balloons on its nose. Water Gun is its first move and works with the Torrent ability, also common among water-type starters.

So you have your first big decision to make come November when Sun and Moon hit the market. But it’s a gratifying decision to make, one filled with three stages of Pokémon evolution. I still don’t know which one to pick. My gut seems to lead me to water Pokémon the first time through. With Pokémon such as Totodile, Froakie and, of course, Squirtle usually leading my Pokémon. Which starter will you pick? Also, let us know your favorite group of starter Pokémon. Leave your comments below.