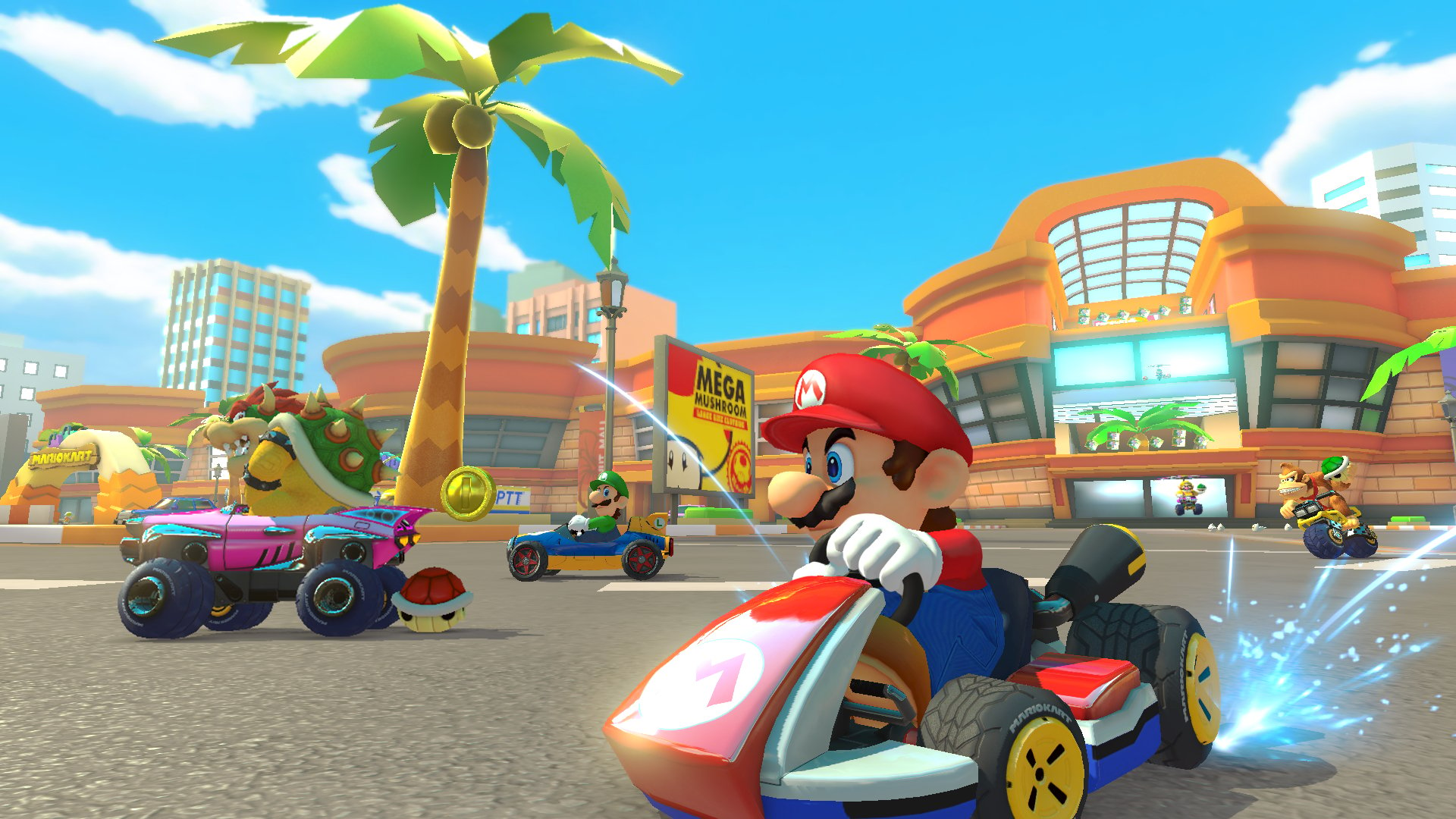 This week on the NXpress Nintendo Podcast, Marc Kaliroff, Campbell Gill, and longtime friend of the show Marty Allen answer the age-old question: what’s the best new track added in the first wave of the Mario Kart 8 Deluxe Booster Course Pass? Before they get to this important issue, though, the gang starts by reacting to Nintendo’s most shocking announcement in half a decade: the Nintendo Switch now has folders. Hold the applause–this being Nintendo, they still found a way to mess it up. The hosts share their thoughts on the new feature and hope for even more ambitious updates later down the line–could this be the sign that themes are finally on their way? Maybe? Fingers crossed?

For the main event, Marty and Marc hit the road with a ranking of every new track added in Mario Kart 8 Deluxe Booster Course Pass Wave 1! From Toad Circuit all the way to Paris, France, the hosts pit each of the new tracks against each other to see which ones come out on top in this in-depth discussion of the eight new additions to the Switch’s biggest evergreen title. Perhaps some of these tracks lack the graphical fidelity or polish of the main game, but still: more Mario Kart is never a bad thing, and this is only eight out of a whopping 48 new tracks to be added to the game through this DLC.

Campbell and Marty close the show with a good old-fashioned Indie Games Spotlight, with Campbell sharing his thoughts on the extraordinarily minimalist yet soothing “digital toy” The Ramp, while Marty gives his impressions on FAR: Changing Tides, a worthy sequel to the Inside-like puzzle platformer FAR: Lone Sails.