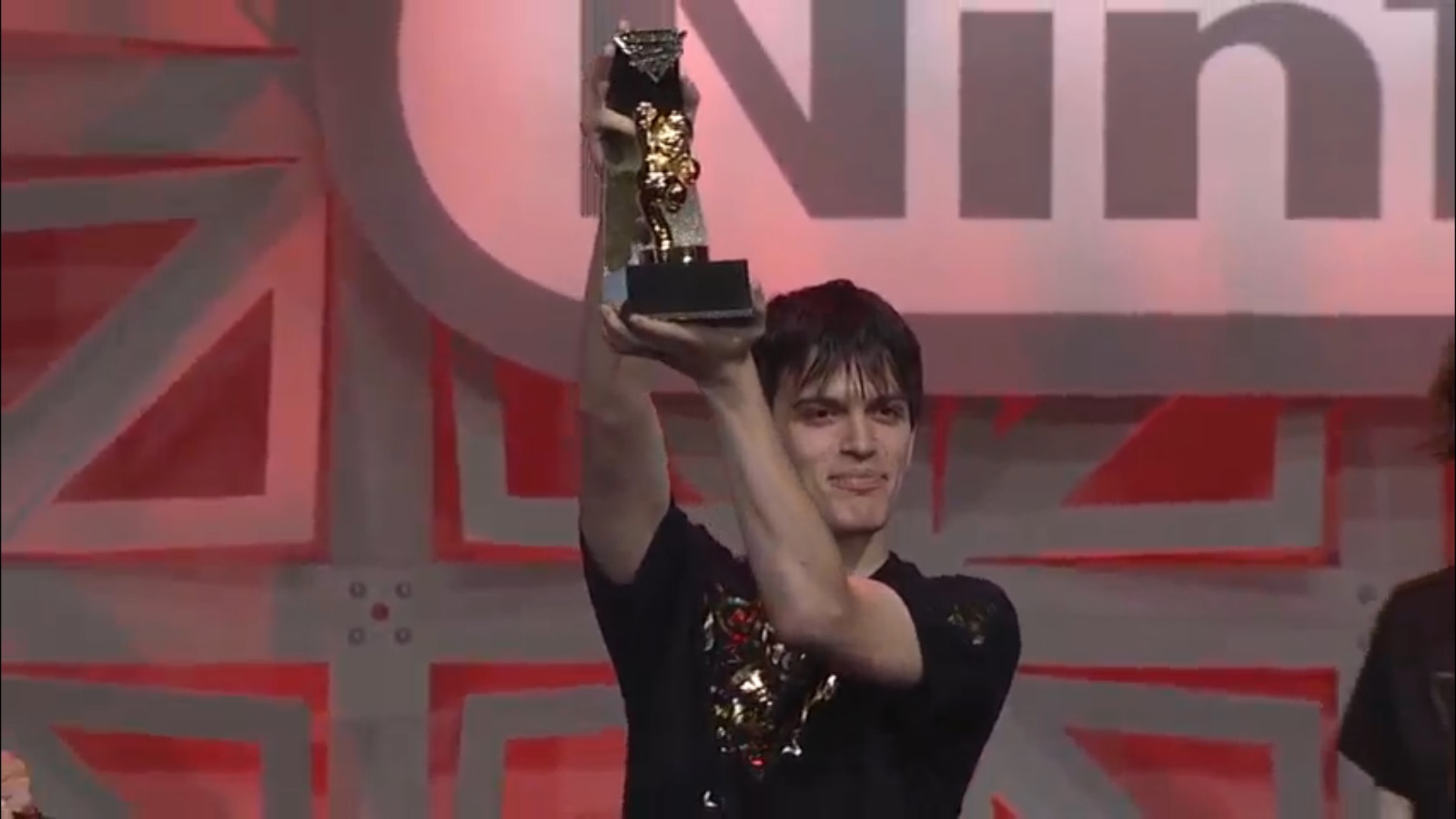 Wow, what a way for Nintendo to kick off their E3 week.

From a morning Nintendo Direct focusing on new additions to Smash Bros., to the casual announcement of Earthbound: Beginnings (the original Mother), Nintendo rolled into their main event, the resurrection of the famed Nintendo World Championship, with plenty of momentum, and they just kept it going.

The winners of the eight qualifiers across the country met with a group of handpicked gaming personalities to duke it out for the coveted gold Mario trophy in a fast-paced, grueling trial across multiple games encompassing old classics, new favorites, and even a surprise world premiere before culminating in an epic showdown that called back to 1989’s The Wizard with an insane Mario challenge. that made Super Mario 3 look as simple as Pong.

The competition got off to a fast start with several bouts of Splatoon‘s frenetic Turf War, showcasing the game’s very real eSports possibilities. Anyone who has played Splatoon knows how the tide of battles can be turned, and these were no different, with some teams winning by the smallest of percentages. This was followed by an elimination round where players fighting for a remaining chance to continue were tasked with completing the first dungeon in the original Legend of Zelda as fast as they could. 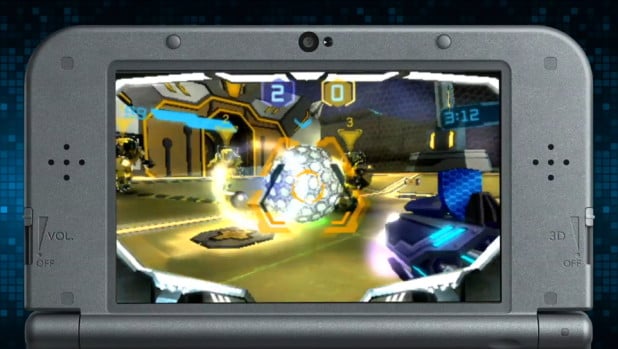 Next up, Nintendo introduced contestants to a BRAND NEW GAME called Blast Ball, which looks like the natural and not-at-all weird pairing of Metroid Prime: Hunters and soccer, something I’m not quite sure the world was clamoring for, but looks interesting nonetheless. Teams of three players in mech suits attempted to shoot a giant metallic (sometimes lava) ball into the opponents’ goal, all while attacking each other and avoiding being rolled into by the powerful orb. Expect Nintendo to reveal more info on pricing and release for this sometime during E3, but with this and Splatoon, it’s clear that they have their own ideas on how to freshen up the shooter genre, and are running bizarrely with them.

A Super Metroid elimination round weeded out those who couldn’t defeat Mother Brain and flee planet Zebes fast enough, and the remaining contestants geared up for some 200cc racing, Mario Kart 8-style. Baby Park, Animal Crossing, and Big Blue were the locations for a host crashes, wipeouts, and help from Lakitu, with some players reacting to the high speeds like Jedi pod racers. Again, this showed off just how well some Nintendo games work in competitive environments, as the racing was manic and furious until the end, rewarding those with skill and sending losers packing, left to their embarrassed Luigi moans (I imagine).

The weakest round was a Balloon Fight elimination, which the crowd reacted fairly silently too. I’m not sure why Nintendo keeps pushing this game on us, but it was over quickly and if any of the good vibes built up over the evening began to fade, they were quickly restored by Nintendo president Reggie Fils-Aime showing up to fulfill his oath to “kick the ass” of last year’s Smash Invitational Tournament runner-up, Hungry Box, in Smash Bros. for Wii U, the next game in competition. Once that taunt-filled hilarity was quickly over, and Reggie was sent to lick his gaming wounds back at one of the best jobs in the whole industry, the remaining four players went face-to-face For Fun. A few howls called for Glory and a lack of items, but the mode was perfect, putting everyone on edge that at any moment a smash ball could ruin their entire run at the trophy. In the end two players emerged, John Numbers and Cosmo, to duel at last for the big prize. What would Nintendo have in store? 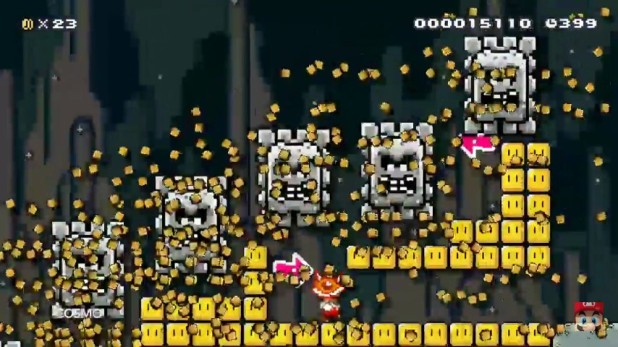 Turns out they saved the best for last. Both players would have to race to the finish of four levels created by Nintendo Treehouse members in the newly re-titled Super Mario Maker (formerly just Mario Maker). It’s hard to describe how gonzo insane and fantastic these deviously designed stages were, or the incredible Mario skills the two tremendous players displayed in tackling them within the five-minute time limits, but it was a sight of pure gaming to behold, and really made this Nintendo World Championship feel like an event where we were seeing the best of the best at the top of their game. Flawless jumps over giant enemies and waves of fire set in visuals spanning the Mario franchise made the Super Mario Maker final event a sight to behold, and was an outstanding demonstration of what Nintendo’s new game is capable of. What a way to get some hype going.

Finally, after a brilliant run, John Numbers raised the trophy, as well as a Miyamoto-signed New 3DS (also received by Cosmo), capping an amazing show, one that far exceeded our expectations. This truly was an excellent way to energize fans and show off how well some of the company’s best games work in a competition atmosphere.

It was a great day for Nintendo, and has only made us more excited for what is to come during E3 2015. Stay tuned to Sound on Sight for more coverage all week long, and to listen to more of our thoughts on Nintendo’s big day, check out the latest Nxpress podcast!