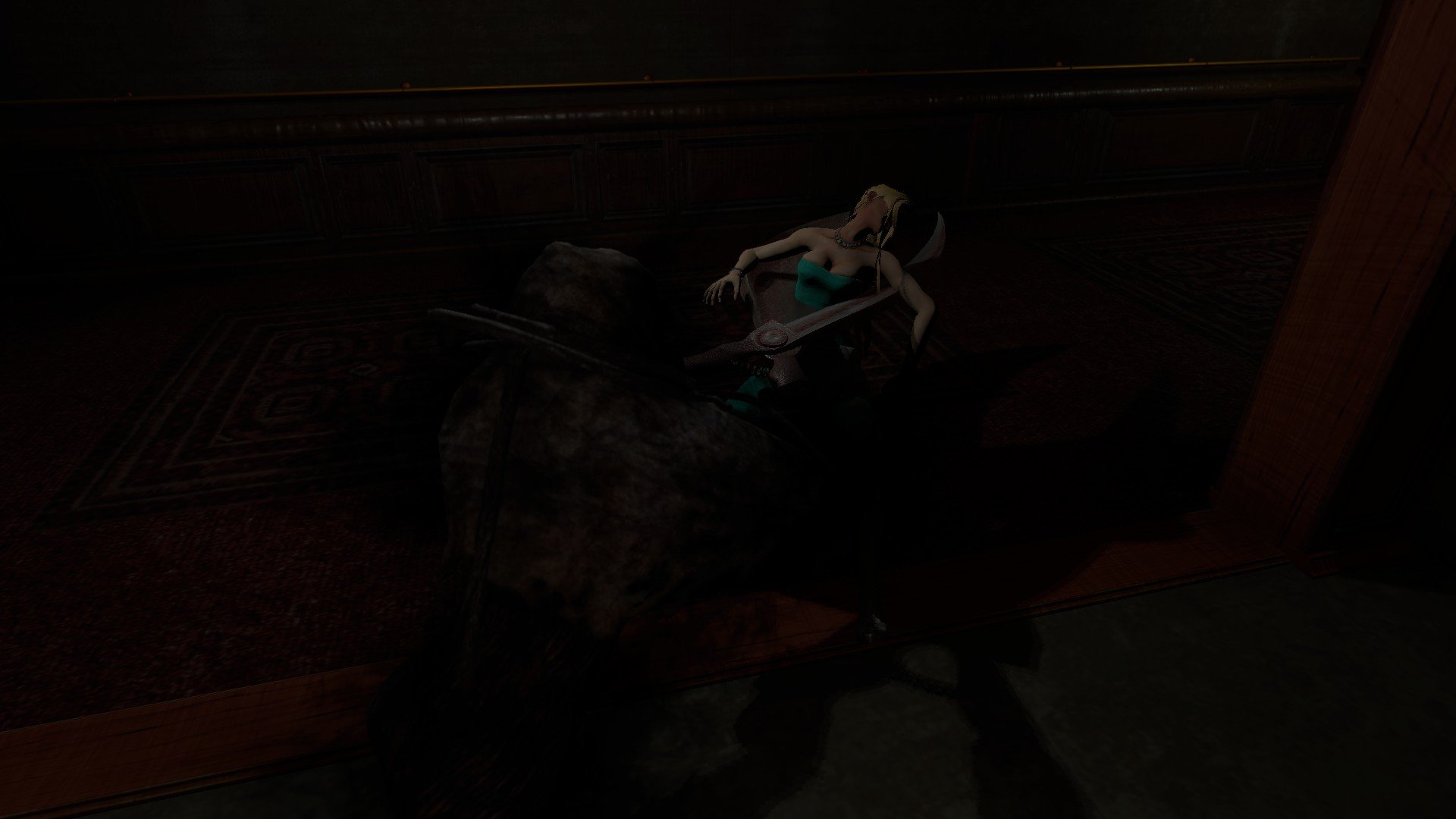 Horror has always been a confusing genre for video games. Be they atmospheric adventure titles, gory action games, or crappy screaming JPEG images in flash games, Horror is so oddly defined within gaming that a lot of creativity can be brought to the table with it. NightCry is certainly one of the more interesting horror titles to come out in a while. A mobile game turned PC-game, NightCry is a game that both succeeds and struggles to reach its atmospheric goals with a limited Kickstarter budget.

NightCry pulls a lot of its theme and mechanics from the Clock Tower series, a cult hit horror franchise that has entries on the SNES, PSX, and PS2. This isn’t too surprising seeing as many of the people that worked on NightCry also worked on those games. NightCry’s development name was even Project Scissors, a shout out to Clock Tower‘s recognizable villain, Scissorman. The controls, story, and atmosphere all feel genuinely “Clock Tower,” which ultimately will determine the mileage of enjoyment you’ll pull from NightCry. The story for NightCry begins on a cruise ship called the Oceanus. Our heroes are members of Leonard Cosgrove’s anthropology class, a group of students returning from fieldwork training in the Aegean Islands. All is not right, however, and the innocent people on board the ocean liner soon find themselves stuck in a slasher-fiction nightmare spiced with a tinge of the occult. It’s all very interesting, but not equally as explained. There are no documents and little setup or backstory to what’s happening in the game, and it really fails to establish its ground because of it. There’s also no real motivation behind why the player should care about these characters, despite the narrative being character-driven later on.

NightCry is a game with branching paths and multiple endings that will also conveniently point out what actions you need to take, or not take, in order to find these divides after you’ve passed them. It gives the game an accessible level of replayablity when combined with the fact that the game is divided into multiple scenes per-chapter. The first time around, NightCry will probably take a few hours to complete, but the actual time it takes to finish certain chapters is rather short. On subsequent playthroughs while hunting for endings, the game will rarely take an hour or so to get through; however, hunting for endings does not feel rewarding. There’s not nearly enough exposition in the game’s story to push the player onward through the same scenario with only one or two minor tweaks to the outcome. Had the story been given more time to flesh out and grow, NightCry could have easily been another awkwardly-designed horror title with an interesting plot and characters to carry it through its issues. Each exclamation point is a part where you can do something differently to affect the story.

Gameplay is very wonky, mostly because of the point-and-click style of controls the game throws at the player. All of the previous point-and-click Clock Tower titles made use of 2D space to give the player full vision of everything important, but NightCry moves in 3D. Camera angles are fixed too, which makes it hard to see where exactly your character is running towards or what qualifies as a wall. It seems weird for a game with controller support to use this style of control, but it all makes sense when you consider that this was originally supposed to be a tablet game. Clicking around with a mouse and keyboard makes much more sense in the context of tapping with your finger. The point-and-click controls for NightCry are clunky, but they also don’t take very long to get used to.

The classic-style adventure game is only half of what NightCry offers, though. In between bouts of puzzle solving and hallway running are encounters with the monster, Scissorwalker. When staring down the shear-wielding demon that is Scissorwalker, you’re put into “Escape Mode.” The game swaps over from a fixed camera angle point-and-click to an over the shoulder action game of sorts. Your objective in Escape Mode is to either find an item to scare away Scissorwalker (like spraying her with mace or a electrocuting her), or to find a hiding spot and play a weird cursor mini-game to avoid detection until the monster leaves. The Scissorwalker has set spawn points and hiding spaces to be encountered in, rather than just randomly showing up. It’s a nice, balanced system. There are only so many hiding spots on the Oceanus, and you can’t get away with using the same location multiple times. If I had to pick a selling point in the gameplay for NightCry, it would be the encounters in Escape Mode. Rooney on the run from Scissorwalker

Atmosphere is really what the game does well, which is a shame considering it’s limited everywhere else. The designers know how silly and over-the-top a serial killer with giant shears is; it’s something they’ve worked with multiple times before. NightCry is very upfront in the interesting ways it can find to explore over-the-top gore. Many of the in-game deaths to Scissorwalker are brutal and bloody, reaching a cheese-level right up there with many B-rate slasher flicks. The walls and floors of the Oceanus are painted in the handiwork of this seemingly motiveless killer, and I don’t think I’d want it any other way. NightCry really isn’t scary, but it does succeed in its own ways at building tension with a combination of the soundtrack, sound effects, gory visuals, and the game’s Escape Mode. The over-the-top murder scenes of the game help set its mood and atmosphere.

All of this good atmosphere is undone by the game’s poor use of its aesthetics. Game models look like they were pulled from various points of the Dreamcast’s lifespan and are definitely not up to par with what they should be. Poorly-rendered running animations, stiff cutscene choreography, and cutscenes that look like they’re lacking animations break the flow of the game apart and can tear you out of the tension (if you’re able to get there in the first place). The voice cast for the game feels squandered, probably due to budget limits, and only gets a few scenes to really shine. The cast is surprisingly good at their job. It’s not amazing, but it’s also certainly not mid-1990’s horror game dub bad. Top this all off with a myriad of bugs people are finding in game and it’s enough to scare away even the most hardened of horror game fans (in the developer’s defense, they have been actively patching the game though). Some days you get chased down by the Scissorwalker, and others you wake up as Slim Goodbody if he were on the PS2.

I can only recommend NightCry to the most diehard of Clock Tower fans, people that enjoy the old point-and-click style of games of old and the weird shenanigans of classic video game horror. The barebones story, the cardboard characters, and stiff gameplay can only be saved by the hardest cases of nostalgia. Anyone looking to get into the Clock Tower series is probably better off looking into playing the original SNES title or the PlayStation sequel, and leaving NightCry on that Steam wish list for a sale day. If the game ever receives a big content update that fixes its myriad of issues, then it is easily worth a purchase, but right now it feels like a game that was released too early.