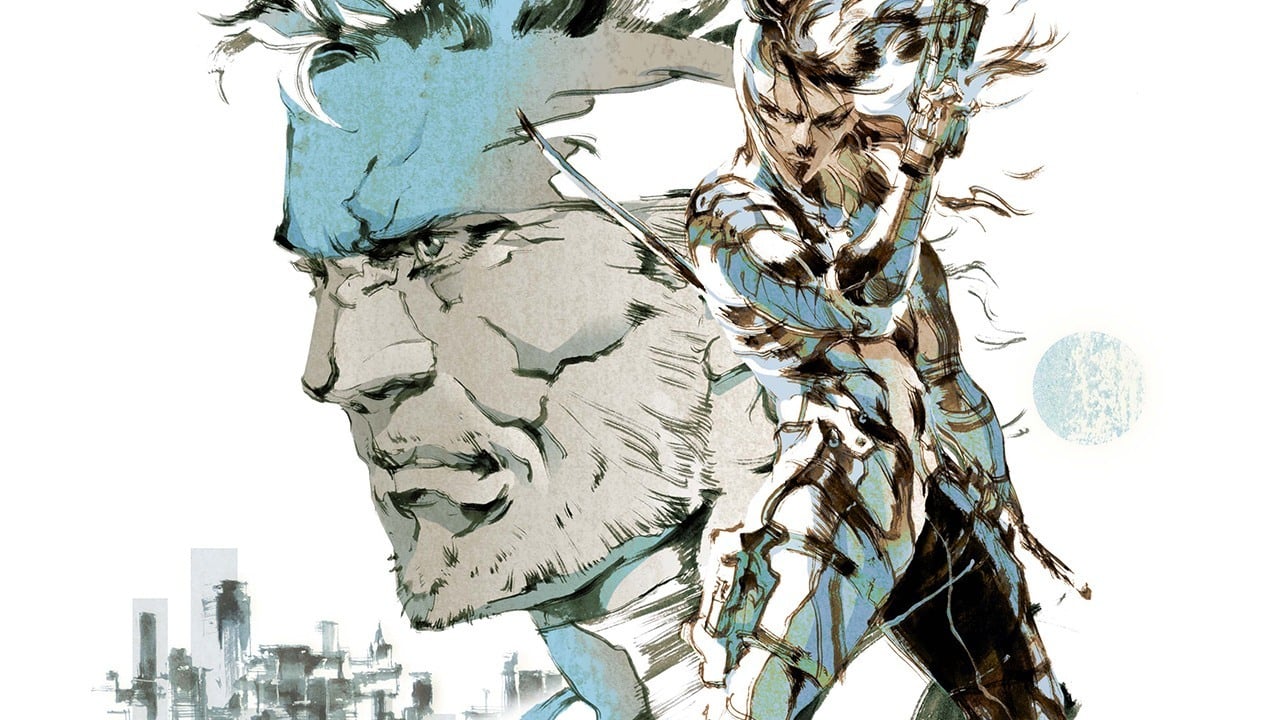 Time has been kind to Metal Gear Solid 2: Sons of Liberty. Its excesses haven’t disappeared, but its innovations are now easier to appreciate. Much that seemed extravagant in 2001, when it was released for the Playstation 2, now feels prescient and relevant. Hideo Kojima’s flawed opus ushered in a new era of self-conscious videogames about videogames. 15 years ago, its sermons were on the nose, and they still are. Yet what the game’s saying – and how it says it – has since then become cliché. Sons of Liberty, if nothing else, was ahead of the curve.

Players control special-ops agent Solid Snake. When he suspects a tanker on the Hudson River is smuggling a nuclear-capable mech, he sneaks in. Soon all hell breaks loose and Snake sinks with the ship – or so it seems. Years later, a clean-up facility has been erected on the disaster site, purportedly to treat an oil spill. Which is odd, since the tanker was carrying another sort of cargo. At any rate, the facility’s attacked by terrorists and players must defuse the takeover. They do so with Raiden, a neophyte with no field experience and trained solely through VR scenarios. Against all odds, he accomplishes his task, though not before uncovering that his mission has been supervised by an artificial intelligence, which used him to test a social conditioning program. Raiden, the player of virtual simulations, finds his reality is a videogame.

Kojima asks some disturbing questions. He speculates, for instance, about the gamification of war, about how virtual abstraction simplifies the act of killing. Or, in the words of French theorist Paul Virilio, during an interview with The Information Technology, War and Peace Project, “What is a game once the virtual invades reality?” Filmmaker Harun Farocki has also echoed these concerns, in a series of installations he made between 2002 and 2012: Eye/Machine II, Serious Games III: Immersion, and Parallel. In these short pieces, he compares computer-simulated bombing runs to actual missile-camera footage, investigates how VR experiences are used to treat PTSD, and analyzes how computer graphics have become increasingly lifelike. What Kojima and Farocki seem to be telling us is not, “Digital is looking more real.” Rather, it’s something a bit more disturbing: “Reality is looking more digital.” If it can be so believably simulated, might it not be itself a simulation? And if a simulation looks so real, can it really be called fake? When does representation turn into simple presentation? And as the digital conquers the real, does the value we attach to human life change? 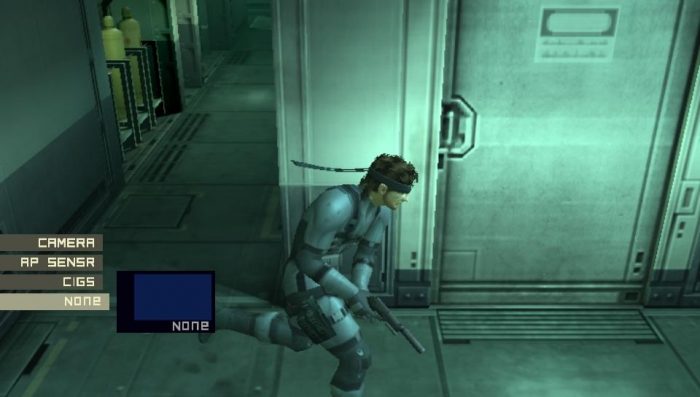 Kojima is also offering his audience a reminder that video games are built by game designers. Players, then, should ask themselves how free they really are in such coded terrain. The System Shock titles and Bungie’s Marathon, during the 1990s, had similar notions, what with their artificial intelligences demanding things of players, but Sons of Liberty is more persuasive. It masterfully and repeatedly upsets expectations. Raiden’s entrance into the clean-up facility reflects Snake’s own infiltration of Shadow Moses in 1998’s Metal Gear Solid. Kojima is trolling players, forcing them to recall their inaugural encounter with the icon they lost during the tanker incident. (Snake, as a character, has been around since the 80s, but most gamers met him on the Playstation. Kojima, obviously aware of this, would extract from the same nostalgic well in 2008’s Guns of the Patriots.) Adding to the perversity, Raiden is initially shown wearing a diving mask, so it’s unclear who he is. He could even be Snake, an impression strengthened by the visual and architectural call-backs to Shadow Moses. The main clue implying otherwise is Raiden’s voice, which is unfamiliar and creepy. Snake, for a moment, appears to have been possessed by another. That is, until Raiden removes his mask and reveals he’s a different character. Kojima’s teasing players’ memories, specifically their gaming memories. Gamers are meant to acknowledge their status as gamers. That Raiden is one himself reinforces the point: that players, rather than merely distrust digital products, should actually rethink how they approach a world that’s increasingly unreal, or hyperreal, or covered in layers of code and simulation and data.

Sons of Liberty expands upon self-referential concepts already advanced in Metal Gear Solid. In that game, Snake, like newcomer Raiden, also learns he’s a pawn moved by higher forces. It’s a common trope in literature and film. What elevates this convention in the context of a video game is that the fictional puppeteer is usually in charge of guiding players, giving them objectives, and acting as the voice of the designers within the diegesis. The duped protagonist mirrors the subordinated player. It’s an overarching theme in the franchise, encapsulated in Ground Zero’s immortal, meme-ified line: “They played us like a damn fiddle!” 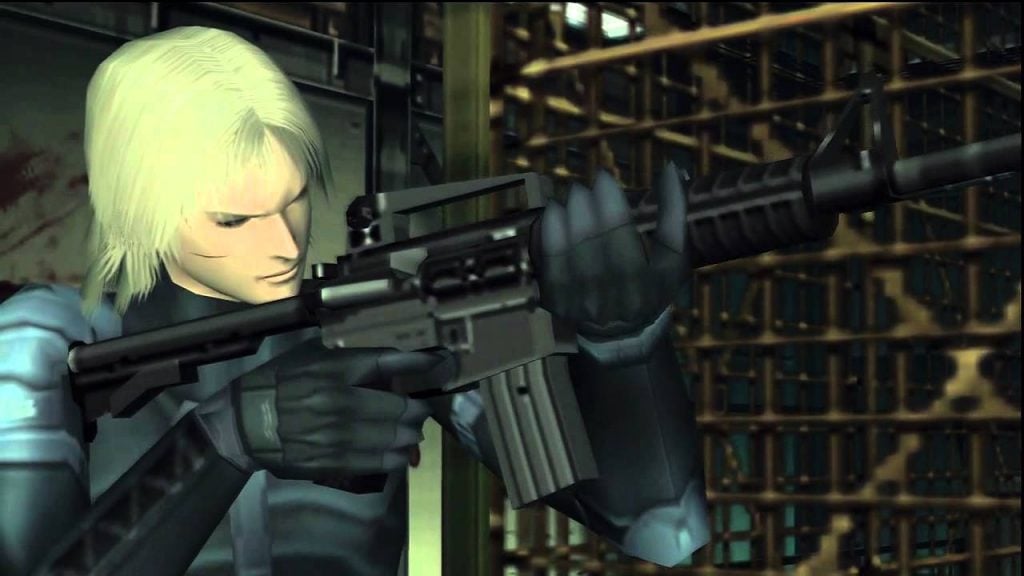 The stealth genre is ideal for self-reflexivity. It’s like playable video game criticism: it comments on action games’ traditional body counts, offering sneaky alternatives to confrontation, and deals with the nature of choice. Do you murder your enemies or let them live? Do you wreak havoc or slink by unnoticed? Yet choice, in these cases, is always manufactured, since designers predefine how, when, and where players can exercise their will. Sons of Liberty boldly addresses this issue. Raiden is literally a gamer acting within the limits imposed by a computer – and so are players handling their DualShock controllers. But does this remove all hope of freedom? An academic like David Myers might disagree. In his book Play Redux, he suggests the game code is not deterministic. Unruly players can create disruption, can find gaps in the rules never imagined by the designers or adhere so fastidiously to them that fellow online gamers end up finding their behavior antisocial.

Snake, back from his false death, puts his own spin on the matter. Near the end, when Raiden asks him what’s happening, he responds, “I don’t know. What I do know is that you’re standing right here in front of me. Not an illusion – flesh and blood. It’s your call.” He also tells Raiden, “Find something to believe in, and find it for yourself. When you do, pass it on to the future.” No matter what restrictions surround him, Snake argues, Raiden must find his path. If not in action, then at least in thought, in what he believes. “It’s not whether you were right or wrong,” continues Snake, “but how much faith you were willing to have, that decides the future.” 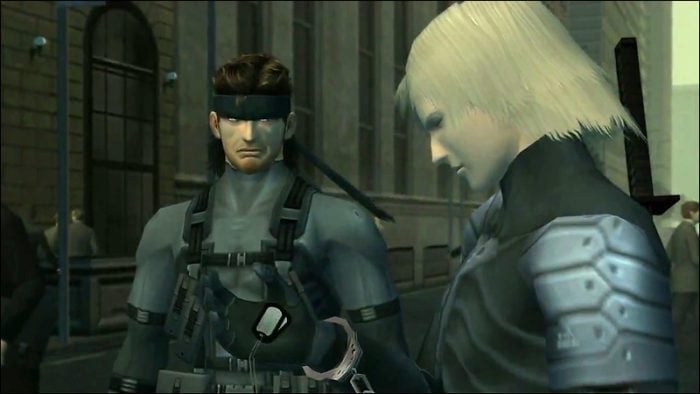 Since Sons of Liberty came out, other games have covered similar ground. One of the most direct and efficient is You Have to Burn the Rope (2008), a one-minute joke in which players surpass a single challenge preemptively solved in the title. It brilliantly satirizes modern gaming’s obsession with hand-holding and making designers’ directives so explicit that interaction turns into a dutiful chore. More famous are Portal (2007) and The Stanley Parable (2011). In the former, an artificial intelligence orders players around and finally attempts to exterminate them. It restates many of the ideas contained in Sons of Liberty, albeit in a more polished, funnier package. (Those repelled by Kojima’s melodrama will likely prefer Valve’s restraint.) In the latter, a narrator berates players who disobey him, though of course disobeying him means obeying the game’s design, an irony not lost on Davey Wreden, the man behind The Stanley Parable. Indeed, in his second game, The Beginner’s Guide, Wreden casts himself as the narrator, urging players through unfinished versions of a colleague’s indie titles, providing running commentary on the meaning of it all and what it reveals about his colleague – and about himself. Bioshock, in 2007, condensed the whole matter into a single line: “A man chooses, a slave obeys.” Players lose control of their avatar and involuntarily carry out murder, discovering that, of the two possibilities, they have always more closely resembled the latter.

In his brilliant Kill Switch essay on The Beginner’s Guide, writer Gareth Damian Martin, using 2010’s Reality Hunger by David Shields as a literary reference, claims that Wreden’s title is not really postmodern so much as it is “an attempt to address the postmodern problem.” Wreden, like Kojima, presents his video game as a video game, an object “as real as the water glass on my desk.” Martin concludes: “to exist is to be fictional, constructed,” so that the “fictions which we construct are inescapably real.” What Sons of Liberty expressed so loudly 15 years ago, and what Portal and Wreden later rephrased, is the following: first, that their virtual worlds operate thanks to certain systems, so they’re quite real as technical facts; and second, that since our current age stands at the crossroads between concrete reality and the intangibly digital, to know ourselves means to stand atop this vanishing boundary line. As Snake could have told Raiden, we have to find the truth within the simulation.