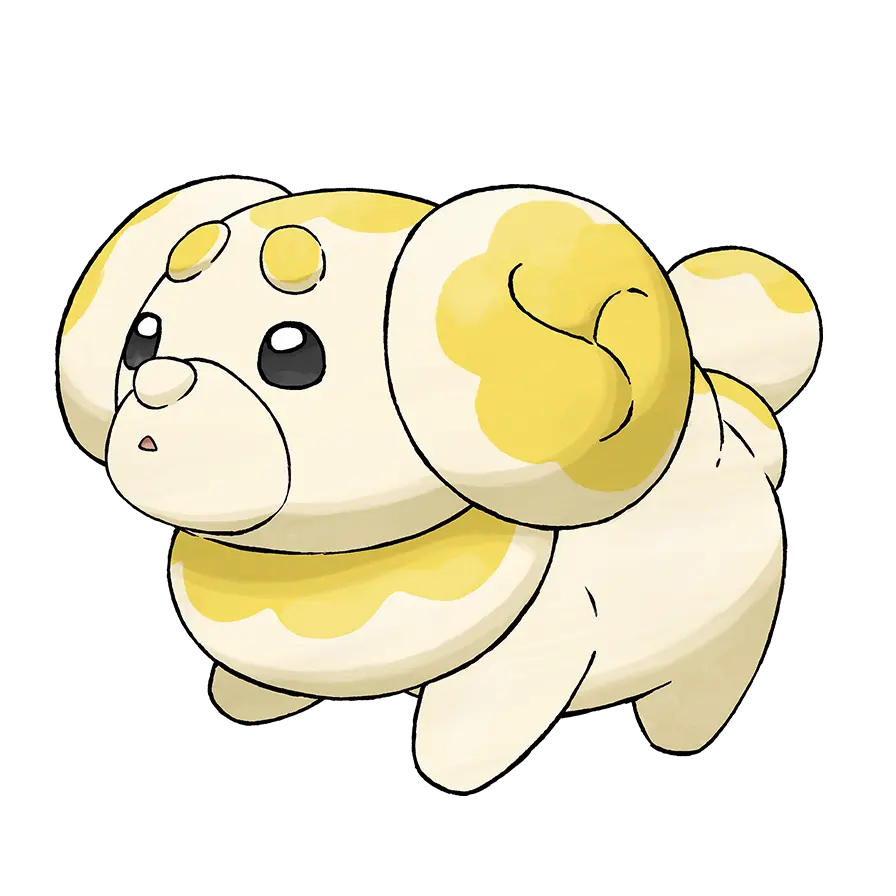 Today’s Pokémon Presents video presentation featured almost twenty minutes of exciting Pokémon-themed reveals, but nothing quite caught the attention of fans as much as a short clip from the in-depth gameplay trailer for the upcoming Pokémon Scarlet and Violet open-world RPG. While showing off some of the brand-new Pokémon that players can expect to find in Pokémon Scarlet and Violet, the internet was introduced to a cute bread-puppy hybrid named Fidough, and it’s safe to say the fan reaction has been very positive.

According to the official Pokémon Scarlet and Violet website, Fidough is a one-foot tall Puppy Pokémon of the Fairy type. It weighs 24 pounds, which is fairly heavy as far as puppies go, and its ability is called Own Tempo. The Pokémon Presents video describes them as “delightfully squishy” and “smooth to the touch”, while the website goes into more detail regarding their smooth doughy exterior and, slightly less appealingly, its yeast breath that is useful for cooking.

Fidough is certainly a quirky design, and despite being on screen for only a few seconds during the presentation, it has already become of the most iconic aspects of Pokémon Scarlet and Violet. Fans have been quick to depict Fidough in artwork, with some getting thousands of Likes on Twitter such as this incredible artwork by Henry Vargas to name but one example. The Pokémon fandom’s enthusiasm for this little ball of dough is quite endearing, and it’s easy to see the appeal.

The full Pokémon Presents video presentation can be watched below to see many more reveals, as well as Fidough who appears quite late in the video as the developers are diving deeper into the mechanics of their upcoming open-world RPG. For more Pokémon Scarlet and Violet content on Goomba Stomp, don’t miss our Everything We Know article on the game, and also check out our opinion piece on why we don’t need Pokémon Scarlet and Violet before the end of 2022.