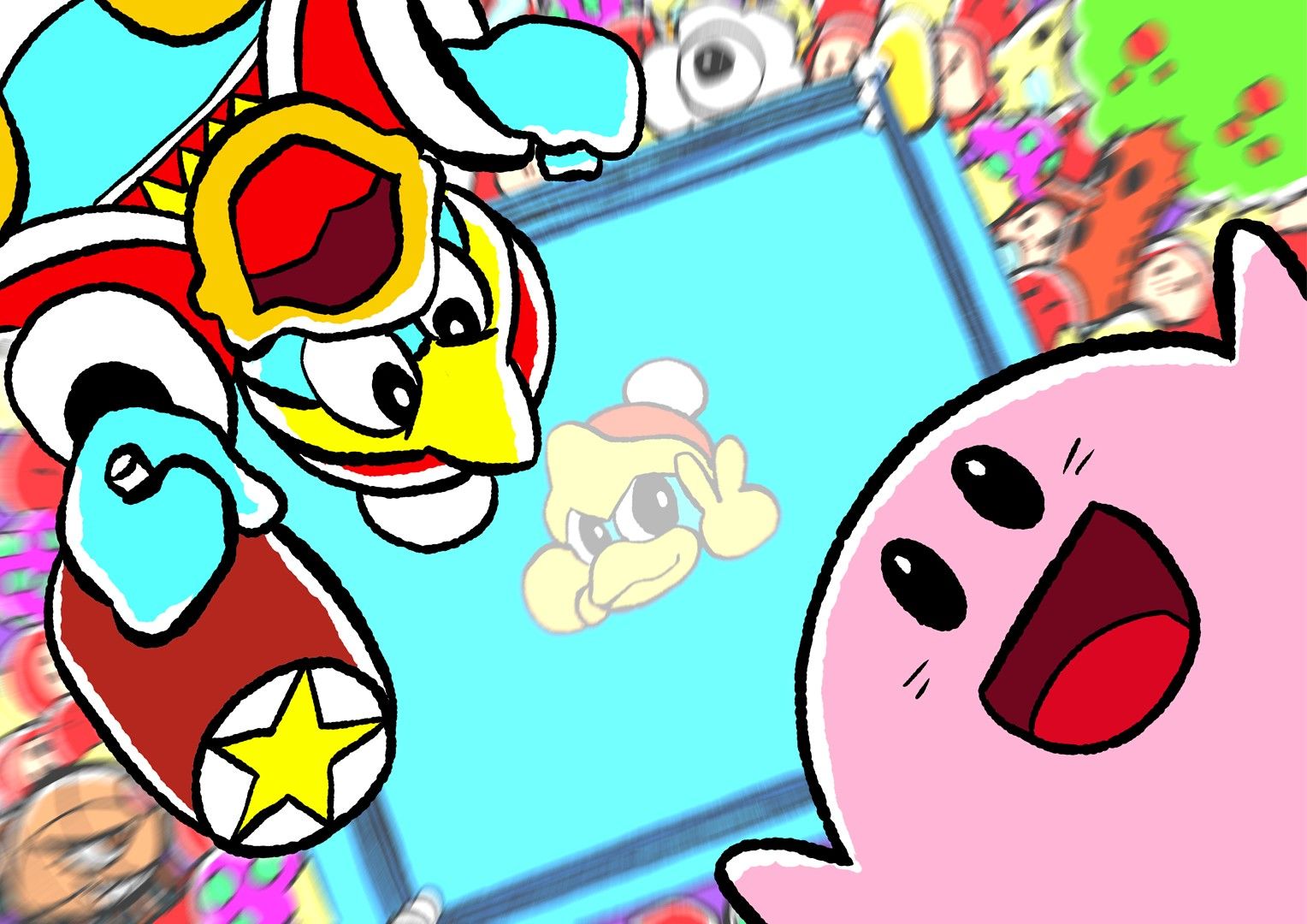 Simplicity done right has an elegant quality that’s hard not to admire. Gaming as a medium will always push for more complex titles–that’s just the nature of growth–but a simple game that doesn’t take much time or mechanical mastery to complete has value. Especially when they’re as well-designed as Kirby’s Dream Land. The very first Kirby game, Dream Land lacks the bells and whistles that now define the franchise. There are no copy abilities, no partners, and no real gimmick beyond flight & inhaling enemies. Dream Land is as simple as the Kirby formula gets, but the game is no worse for wear because of it.

Kirby’s controls are basic, but intuitively so. The A button jumps, but pressing up on the D-Pad lets Kirby inflate and float indefinitely. B lets Kirby inhale enemies or spit them back out. Aside from a few loose power-ups, the gameplay loop never evolves beyond what’s introduced in the first minute; but that works for a platformer that wraps itself up in under an hour. Kirby’s Dream Land knows that it is a short and simple game, so it naturally plays to its strength. This is a game anyone can pick up and immediately start having fun with regardless of their skill level or experience with gaming as a medium.

Forgiving game mechanics and a comfortable difficulty curve end up catering to multiple play styles. Beginners are free to fly over every obstacle should they so choose, recklessly bumping into enemies thanks to Kirby having more health than he realistically needs. Veterans can engage with the actual level design and enemy placement, taking advantage of Kirby’s trademark suck & spit to smoothly take out obstacles and keep platforming without missing a beat. Just about everything can be flown around, but it’s just as fun (if not often more so) to treat Kirby’s Dream Land like a traditional platformer that never wears out its welcome.

There are only five stages, all of which are broken down into short & digestible chunks. Each level follows a similar structure: starting with platforming, before moving onto a mini-boss, followed by more platforming, and finally the stage’s main boss. No one section is too long, keeping gameplay’s pace moving at all times. Stage 3 plays with the formula by replacing its mini-boss with a gameplay section that introduces the Mint Leaf power-up before the boss fight where you need to use it. In this case, the set-piece serves the same function mini-bosses do in other levels. Stage 5 also repeats this pattern four times, turning screens from the previous four stages along with bosses into a mini-boss rush before the grand finale.

Every stage in Kirby’s Dream Land can be simplified down to the same pattern, but that’s not a bad thing when the game knows how to pace itself. Stages are short enough to leave you wanting more, but not so short where they feel unsatisfying to play through. Beating the game once even reveals a secret cheat (hold A, Up, and Select at the title screen) that unlocks Extra Game — an alternate mode that remixes each level for replay value’s sake. Enemies are replaced with harder variants, mini-bosses are much faster, and bosses are given more sophisticated attack patterns that require actual reflexes to get around. Simple changes in enemy AI and their placement make for a richer experience without needing to tweak any mechanics or the level design outright.

As fun as the deceptively simple gameplay can be, the real (super) star of the show is Dream Land’s incredible art and sound direction. Simply built sprites with smart shading offer the impression of visuality complexity without taking away the graphics’ clarity. Kirby is essentially a circle with a face, but his simple design results in fluid animations that help craft a personality behind those soulless eyes. Stage intros take full advantage of this by showing Kirby getting himself into different shenanigans, from rolling away from butterflies to catching and eating a fish that’s still on the line. Jun Ishikawa’s soundtrack is brimming with life. Tracks are infectiously catchy, balancing relaxing stage themes with energetic boss music, while sound effects have a cartoonish pop.

Environments are lightly detailed and rooted in a sense of whimsy that lends the whole experience a dream-like quality. Green Greens is a peaceful forest filled with flowers, trees, and soft hills. Castle Lololo is a labyrinthine palace filled with over a dozen rooms to explore. The Float Islands are a tropical paradise by the sea. The Bubbly Clouds take Kirby high above the ground, leading to a shrine that sits amongst the cosmos. The stage’s all-black background pairs with white stars to create a truly ethereal setting. For as colorful as the series has become, Dream Land’s simplistic visuals are perfectly suited for the Game Boy’s monochrome palette. Sprites have just enough detail so your imagination fills in the blanks.

Kirby’s Dream Land almost feels like a prototype compared to its successors, sorely lacking in length, content, and mechanical depth. The game can be completed in less than an hour on a first playthrough. Platforming can be circumvented through flight. Bosses never pose a challenge. Yet gameplay has a fun rhythm however you choose to engage with it. Dream Land’s world is overflowing with personality courtesy of charming sprite-work and a top-notch soundtrack. Every little detail comes together to form a title that revels in its own simplicity. Kirby’s Dream Land may not be Kirby at its best, but there’s a reason such a simple Game Boy game set the foundation for one of Nintendo’s premier franchises. Simplicity done right is an art form in and of itself.