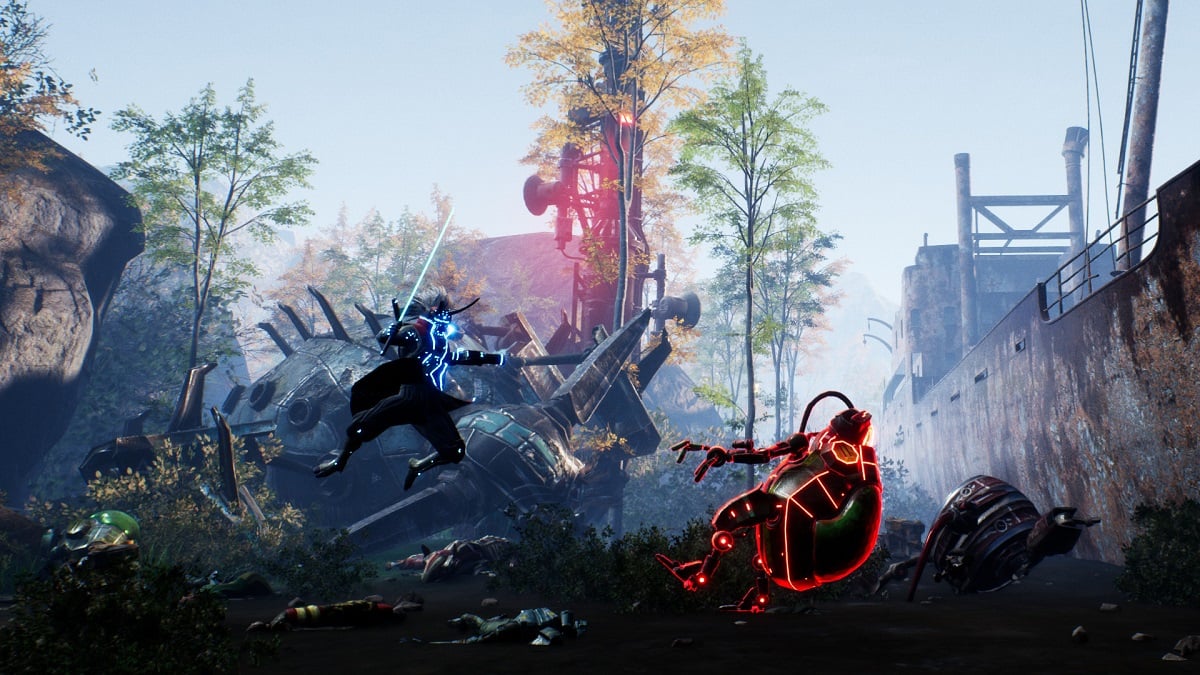 ID@Xbox’s biannual demo events have grown to become a fantastic way to discover promising indies over the last couple years. After a strong showcase following their monumental E3 presentation back in June, the Xbox team is back at it again with a handpicked selection of over 35 demos for anyone with a console to download and try over the next week. The selection does a commendable job of encompassing various genres and publishers across the world, including titles that’ve just released and some that are several months away. With all that said, here are our five favorite demos from the ID@Xbox Winter Game Fest.

Note: games that we’ve already covered earlier in the year–including the fantastic Tunic and Death Trash–were not eligible for this list.

The Gardener and the Wild Vines

The Gardener and the Wild Vines is one of the greatest surprises coming out of this event. Its loop of scaling towers in search of a missing prince and learning about The Gardener and his reluctant companion in-between climbs is deceptively simple. What elevates it into an addicting adventure is twofold: The Gardener‘s fluid climbing mechanics and the surprisingly witty writing tying everything together.

Bounce-jumps, hopping between flower buds, and slowing The Gardener down by sticking his clippers into the side of the tower all come together to create an intuitive movement system that’s a joy to perfect, with new mechanics continually being added throughout the demo. Assuming The Gardener and the Wild Vines continues to layer more wrinkles onto this foundation and manages to land the story, this is an easy recommendation.

Nobody Saves The World

Drinkbox cemented themselves as one of the most capable indie studios in the industry with their severely underrated Guacamelee! series, so it’s no surprise that their newest undertaking, Nobody Saves The World, is just as creative and mechanically sound. It’s a unique take on action RPGs that juggles player transformation, progression, and quest management in a way that constantly delivers little dopamine hits through a steady stream of accomplishments a là the Forza Horizon series.

As a literal Nobody (that’s the main character’s name), you stumble upon a wand that grants you the power to transform into various beings, including everything from animals to humans with different occupations like a knight and an archer. The more quests you complete as one form, the faster you’ll unlock both more abilities for that form as well as entirely new transformations. It’s an addicting loop that’s made all the better thanks to exciting upgrades that are worth working towards (like the ability to inflict poison as a rat). The fact that each transformation has its own gameplay mechanics is also staggering, and likely explains why this has been in the works for such a long time. Be sure to keep an eye out for Nobody Saves the World early next year.

Mind Scanners is perhaps the most unique Papers, Please-like thus far. Much like that original game from Lucas Pope, players are tasked with deciding the fate of their peers and have to make ethically gray decisions to save a loved one. What makes Mind Scanners unique is that instead of simply judging someone’s background or history, players take the role of a pseudo-psychiatrist and have to psychoanalyze citizens before diagnosing them with sanity or insanity.

The demo already presents several uncomfortable scenarios that include diagnosing and treating a man mourning the loss of his recently deceased mother, and with the treatment having a direct impact on their personalities going forward, one can only imagine the moral dilemmas players have to face in the full release. Nonetheless, it’s great to see this niche continue to flourish, and Mind Scanners already looks like a worthy addition.

Be it the classic “hero with amnesia” trope or the Metroid-esque “lose all your powers at the start of the game” plot device, developers have been known to reach into a certain bag when designing the start of their games. However, Blind Fate: Edo no Yami switches things up by putting a newly-constructed cybernetic samurai front and center and forcing players to experience the world as he does.

The samurai is blind and his memories of the city are 500 years old, so you can only see approximations of the environment before collecting more data. Swapping between hearing, smell, and thermal senses is the only way to recognize when enemies and objects of interest are near, and it’s only through sparring with those enemies that he intuitively learns their weak points and can fight them effectively. It’s a wildly unique way to go about combat and exploration, and playing with these “limitations” never felt like a burden. Instead, it felt fresh and exciting as I gradually devised better strategies for honing my senses and began to master the parry and dodge mechanics. Definitely keep an eye out on this one as it gets closer to release in early 2022.

Treasures of the Aegean

In a gaming year characterized by time loops, Treasures of the Aegean still manages to feel unique thanks to fluid parkour-style movement and genuinely fascinating historical intrigue. You’ll step into the shoes of Marie Taylor as she decides to take a vacation in Santorini after hearing about a potential goldmine from treasure hunter James Andrew. Upon waking up to find that a mysterious island has emerged from the sea, the duo set off to explore the landmass and grab whatever treasure they can before the nearby volcano erupts and the loop is reset.

The main draw of Treasures of the Aegean is its story and exploration. The island of Thera is home to many secrets, including ancient artifacts, lost texts, and ghostly statues, and half the fun is learning more about this lost civilization alongside the protagonists. Their quips back and forth are priceless and believable, and the time limit tied to every run feels much less frustrating knowing that the loop will reset and there’s plenty of time to explore untouched sections of the persistent map.

Between comic book-style visuals, a plethora of treasures to discover, and a genuinely well-written historical narrative, Treasures of Aegean is yet another prime example of why these ID@Xbox Game Festivals are so valuable for getting eyes on overlooked gems.