For some reason, it seems Capcom really didn’t want anyone to play Resident Evil 2 at Gamescom. Hidden away in the corner of the Xbox area, the game was near-impossible to find and, once you did, you could expect the longest queue of the entire convention. Having played the demo, I’d imagine that the queues would be just as long were there twenty machines to play the game on, rather than two. Resident Evil 2 is absolutely fantastic.

I genuinely don’t think many people expected Resident Evil 2 to look as good as it does. Seeing as the game was taken on by a seemingly small department of Capcom who wanted to finally grant a long-standing fan request almost as a side-project, I just didn’t foresee it looking as fantastic as it does. Character models and lip-syncing are impeccable, zombies look suitably gory and disgusting (they even have poop stains down the back of their pants), animations are superb, lighting effects are used to perfection, and the station itself looks just how that rose-tinted memory of yours thinks it does. 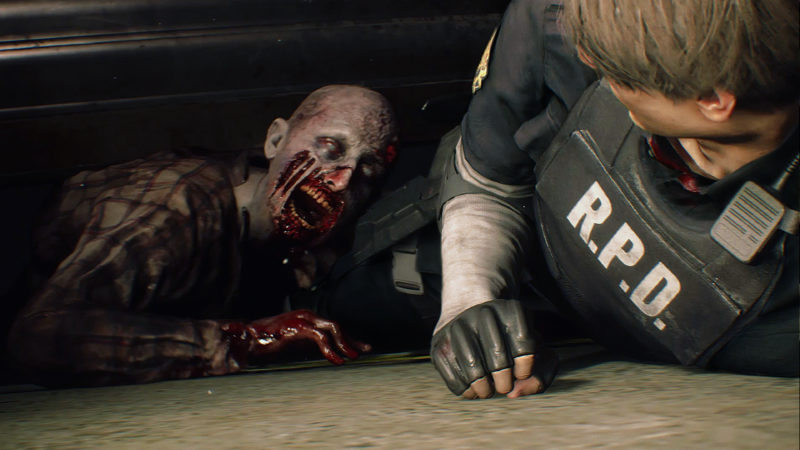 Please just let me play the demo! What do you mean you only have two machines?!

An expertly-paced demo ensured that we got to see an impressive amount of content, and several of the facets that this remake has going for it. The first half of the demo is relatively zombie-free – Leon instead left to wander the dark and creepy hallways of the Raccoon City Police Department in search of a fellow officer he’s seen screaming and panicking on a monitor at the main reception desk. It’s not clear from the demo whether the beginning of Resi 2 will mirror that of the original game, so I couldn’t really tell if Leon had made his dash through the zombie-infested streets to get to the RPD, but he still seems pretty unaware of zombies at this point.

it’s been a long time since a game of this ilk was this anticipated and, more importantly, felt this good.

Once you get into a combat situation against the undead, the demo really kicks into gear. The psychological horror of poor lighting and eerie noises that permeate the obligatory ‘fear of the unknown’ are a million miles away once zombies start breaking through doors and windows and shambling after Leon en masse. Put simply, Resi has never done zombies this well. They are slow, yet incredibly persistent – making for an overwhelmingly claustrophobic combat style. It was pretty exhilarating to feel that pang of despair from having downed a zombie with a couple of headshots and turned away, only to hear them groan and stumble back to their feet. It got me more than once, as well. 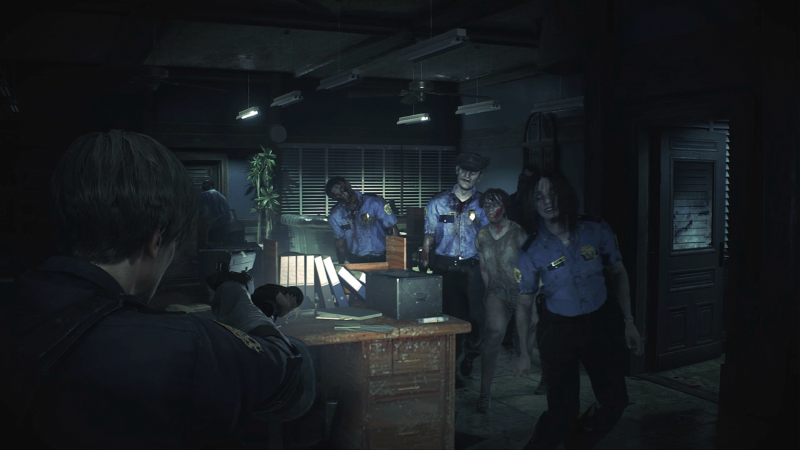 This type of scenario has never felt more threatening

The game controls in a pretty unique way. Leon and Claire are controllable in third person in the vein of Resident Evil 5 and 6, but the camera isn’t quite over the shoulder the way you remember. The camera serves almost as an unreliable narrator, swinging around to Leon’s side and obscuring your view in the most heated of moments. It’s like the camera is fixed and Leon has varying degrees of leeway to veer away from it, and I have to believe this is the developer’s way of making a subtle call back to the fixed camera angles of the original. It takes a little getting used to, but it’s a brilliant way of ramping up the tension of an encounter with a slow-moving enemy, and it’s never frustrating thanks to you being in complete control. If you panic and flap about, so will the camera. It’s perfect.

Everything in Resident Evil 2 seems calculated and meticulously designed to appeal to every type of Resident Evil fan. You’ve got the nostalgic story and setting of a classic title filled with all the zombies, herbs, guns and puzzles you remember, the control scheme of arguably the franchise’s finest hour with an over-the-shoulder view, and the creepy current-gen horror aspects of Resident Evil 7. It was absolutely criminal for Capcom and Microsoft to give the game such a poor showing at Gamescom, but of all the long and tedious queues of the event, Resident Evil 2 was hands-down the worthiest of my time. 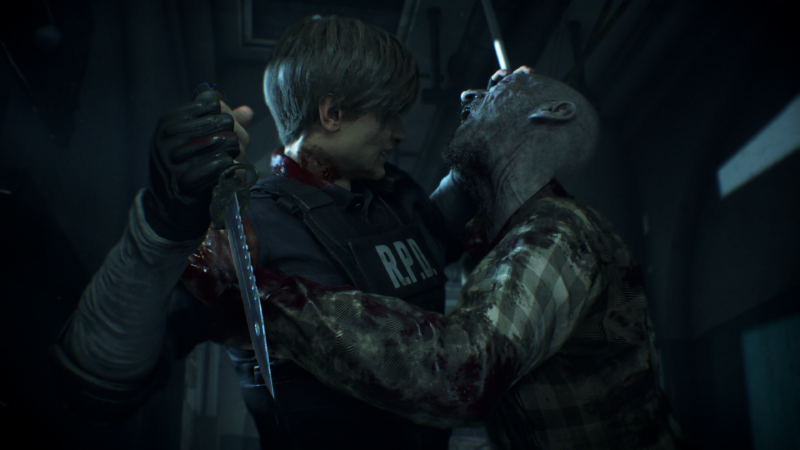 Astoundingly, a remake of an old game felt fresher and more exciting than almost everything else I sampled at Gamescom, especially in terms of AAA releases. The game will no doubt feature a vast amount of new dialogue, areas and story beats, but it really struck me just how long it’s been since a game of this ilk was this anticipated and, more importantly, felt this good. The remake of the first Resident Evil back on GameCube showed Capcom’s nous when it comes to reinvigorating a classic title (when they can be bothered to), and Resident Evil 2 looks set to further cement that notion.