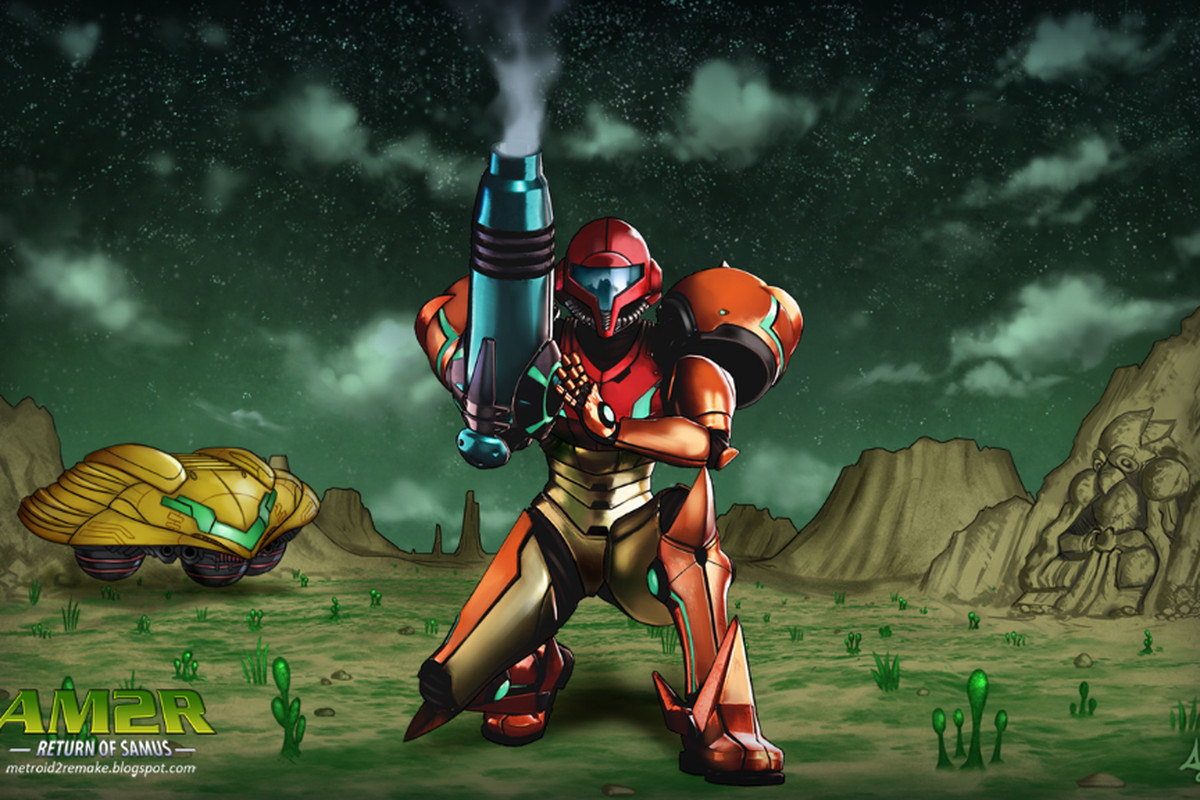 The Games You Haven’t Played Part 1

The world of ROM hacks can be a scary place. Diving headfirst into the community with little prior knowledge is a frustrating experience. There are tons of hacks for just about every popular series and platform out there, with vastly varied quality and goals. Luckily for you, your old pal Casey is here to help you out. Let’s explore the world of ROM hacking, its terms, and purpose, and find some great games to play!

Ah, ROM Hacks. Often fun, sometimes terrible, frequently both simultaneously. Modifications of old games have been getting a lot of press lately, mostly concerning their legality. The conversation came to a head last year with Nintendo presenting cease and desist letters to two major fan-made projects, Pokemon Uranium and Another Metroid 2 Remake (AM2R). These 2 games, while technically fan games and not ROM Hacks, brought a lot of attention to the community. The practice of hacking into old games stretches back much further than most realize. Before we start talking about the games, we should clear up some important details about the scene.

Before we go too deep, let’s chat a bit about hacks, mods, and fan games. These terms share a lot of the same meaning with sometimes subtle distinctions and are often used interchangeably. There are no set definitions considering their grassroots fan community origins. As far as I see it, ROM Hacks are any sort of modification to older console games, while mods are changes to games running natively on PC. Fan games are complete ground-up creations that do not use the original game as a base in which to build on top.

Mod – Skywind, an overhaul of Skyrim which recreates The Elder Scrolls III – Morrowind. Mods can also be much smaller, such as adding a weapon or costume to a game.

Fan Game – Another Metroid 2 Remake, a complete remake of Metroid 2 – Return of Samus from the ground up for PC platforms.

There are many different goals and purposes to the art of ROM Hacking. Each project has its own creative goal, but much in the same way as we use gaming genres to quickly describe a product, ROM hacking can be divvied up into categories. Complete Hacks (also known as Total Conversions, if you’re a fan of 90s PC Shooters), Fan Translations, and Improvements.

Complete Hacks are new games built on top of the original software. The creator(s) make large changes to the game, such as new levels, artwork, characters, a new plot, and even new game mechanics. Examples of this category include most Pokemon and Super Mario ROM Hacks like Pokemon Vega and Super Mario Star Road. We’ll talk about both of these games more in the future.

Sure, it’s Super Mario 64, but something’s not quite right here….

Next, we have Fan Translations. Throughout the gaming industry’s history, many games have found themselves locked to their point of origin. Localizing a video game takes a lot of work and a large budget for a studio. In the early days of gaming, tons of games never left Japan or made it overseas with poor translation and little to no proofreading. You don’t have to look very far for an NES game with broken English and spelling errors. This is where the fans come in. Consumers took to work bringing Japanese-only games to other languages very early on. The most common example is one of my favorite games, coincidentally enough, Mother 3. The last game in the Mother series has gained cult status in the US despite never getting an official release thanks to the enormous efforts of one Clyde “Tomato” Mandelin. Clyde is a professional localizer who also runs an excellent website about the subject called Legends of Localization. Check out this website for information on the Mother 3 translation.

Fan translators don’t just stop at previously unreleased products though. Hackers picked up where studio developers left off, cleaning up and improving on official translations. An upcoming entry to this series will highlight some examples of script improvements and full-on translations. 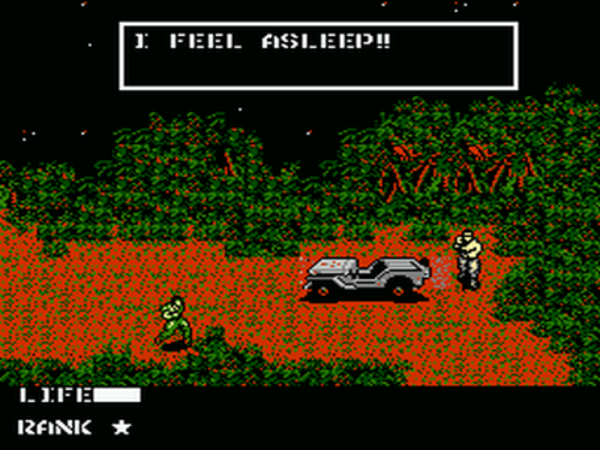 Metal Gear on the NES – One of the more famous mistranslations

And with that, we’re led into our last major category, Game Improvements. These hacks are generally smaller in scope, preferring to retain the original game while patching up some sore spots. Fixing bugs, adding in cut content, and changing game mechanics to make the game more convenient and enjoyable for newer players. Some of my personal favorite improvements include Metroid mOTHER and the upcoming Super Mario Land 2 DX.

With all of that out of the way, let’s talk about where to get these games and how to actually play them. Finding and playing a ROM Hack is quite easy these days thanks to the magic of the internet. The premier stop for ROM Hacking of all shapes and kinds is none other than romhacking.net. There you will find hacks for tons of games on most every platform imaginable alongside tools to modify games yourself. They also have a vibrant community of forum-goers sharing their latest work, building teams, and helping one another to realize their creative visions. You can find more specific portals based on game series, such as PokeCommunity for Pokemon and SMWCenteral for Super Mario.

Hacks are most often distributed as patches which the user applies to the ROM themselves. Distributing the work as patches without the required ROM is the most ethical practice, done to avoid copyright issues. As such, I will not be providing any ROMs or links to such in these articles. It’s on you to do a quick Google search and come up with the material yourself. There are many patching tools available that are very easy to use. On Mac OS X, I use MultiPatch for all of my patching needs. Floating IPS is my preferred tool on both Windows and Linux. There are more options out there of course, but these are well tested and approved by yours truly. Both of these tools are very easy to use. Point the app to the patch file and the ROM on your computer, give the patched file a name, and you’re good to go. Not so bad, eh?

Many emulators don’t even require patching a ROM now. Simply dropping the patch into your ROM folder and renaming it to match your ROM will bring about the desired result. You’ll have to consult your emulator’s included documentation for that. I’m not a fan of this personally, as I prefer to keep a collection of ROMs both clean and patched for playing in the future.

Pay special attention to which version of the ROM your patch is intended for. There are many different versions of older games out there, accounting for location differences (US/Europe/Japan) and updated releases. Before we entered the world of downloadable updates, publishers had to release new physical copies of games to market. Most people would never notice, but there are updated versions of many classic games out there fixing bugs and glitches. Download pages for patches usually list the appropriate version, and many patch downloads come with a readme file containing instructions.

Now that you’ve got your ROM patched up and ready to play, you need an emulator to run it. This is very simple to do as well. There are many different flavors of emulators out there for most every older platform. Even the Wii U and 3DS are represented with in-progress applications. If you’re an OS X user, OpenEmu is the tool for you. It’s the best front-end interface for emulators I’ve ever used and comes complete with most every feature you’ll need. Retroarch is a multiplatform front-end similar to OpenEmu, which unifies many different emulation cores under one app. Retroarch runs on most every platform you can think of. Both of these apps run “cores”, which are the actual emulators such as SNES9x, Nestopia, and VisualBoyAdvance. If you’d prefer to go straight to the source, you can always grab the specific emulator you need. Hack creators will often suggest the best emulator to use with their game, so follow their suggestions whenever possible. 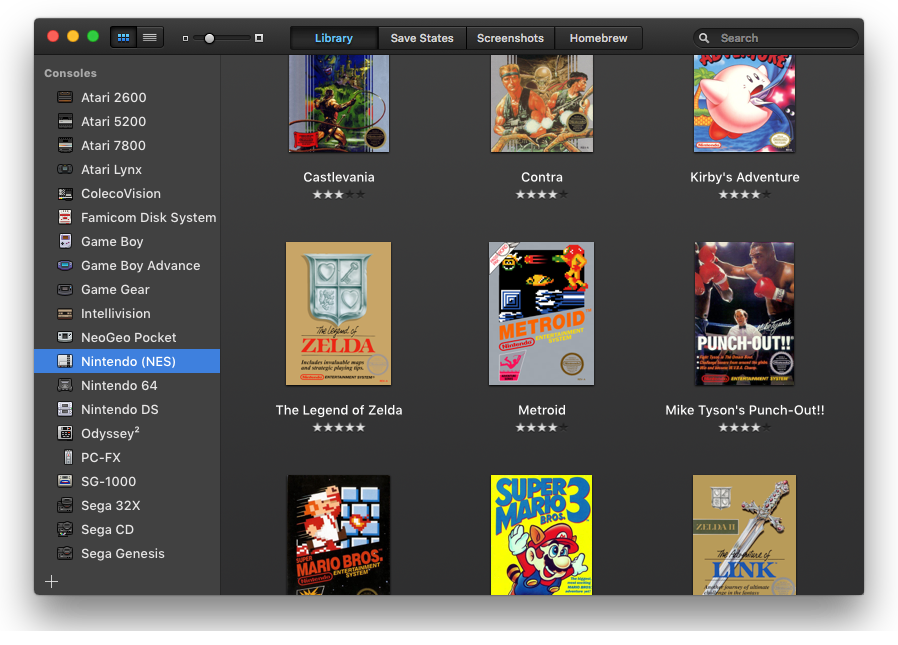 OpenEmu’s interface is a sight to behold.

So there you have it! An intro to the world of ROM Hacks. Next time I will dive into some specific games, highlighting the best projects I am aware of. If you’ve got any questions, feel free to post here in the comments or contact me on Twitter @PfhorTheWin. Check out some of the games I mentioned here and enjoy!