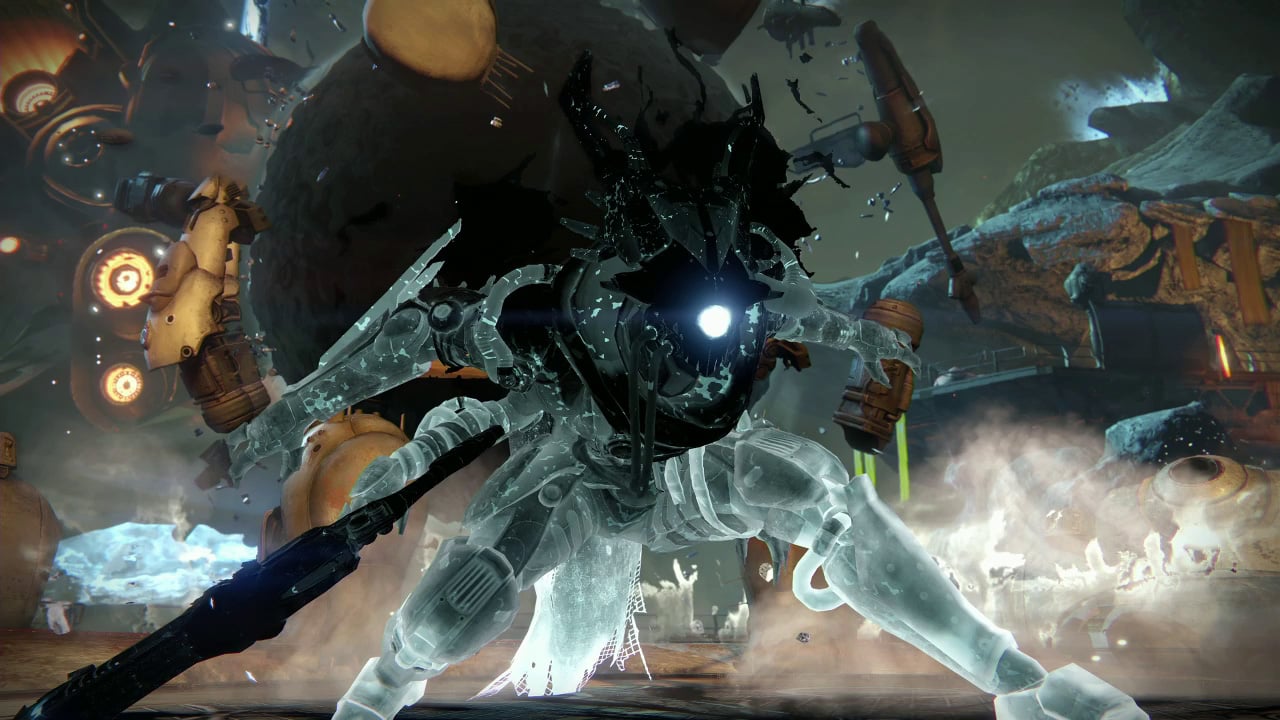 The next installment in the Destiny timeline graced the community with its presence on April 12th, in the form of the spring update. Being one of Bungie’s smaller updates, it carried the intentions of bringing back some replayability to some of the community’s old favorites whilst including some small new features for everyone to enjoy on the lead up to the next large DLC coming this fall.

So, what’s new? As well as a whole selection of changes made to Destiny’s Crucible sandbox, the more interesting content comes in the form of a new chapter in the story of the Taken. Whilst the Taken King has fallen, his essence carries on through other foes, for the April update, this story carries on through Malok, a formidable Taken creature which features as the boss in the new Blighted Chalice strike. Overall the strike is another fun and action packed edition to the playlist, offering unique rewards for guardians who are brave enough to take on the challenge. On a slightly more technical note, the in-game mechanics for the strike are very well thought out, with the boss fight having multiple stages of adaption, certainly on a higher difficulty, this strike can be very challenging.

The Challenge of Elders

Now onto the main draw of the update, the revival of the ‘Prison of Elders’. This feature was very popular throughout Destiny’s year of release, offering a range of adapting gameplay scenarios and high-value rewards. Now after months of this feature being pointless, Bungie has scaled up the battle arenas once again to suit the new power levels in Destiny. The ‘Prison of Elders’ features a level 41 game mode for those players who are suited to the grind, and a more team focused ‘Challenge of Elders’ mode. After playing these new modes since release, the Challenge of Elders is yet to be challenging at all. This week the game mode features three boss fights at a recommended light level of 320, and having played this week, the challenge is easily possible for guardians if you have 310 light and some experience with Prison of Elders. As a result of this, it is something hardcore Destiny players do not favour. However, this may change in difficulty throughout the year. As for your rewards for completing the Challenge of Elders, it is well worth the grind. Having run the playlist multiple times, a number of exotic weapons and high-value legendary items were awarded upon completing the Challenge of Elders. Also, if you purchase it at the Reef, the Elders’ Sigil is a token issuing you and your team with a weekly challenge which once handed in, offers very high-value rewards, up to 335 light.

Other features and gear to enjoy

As for any other features of the update, a fan favorite strike has been reinvented and returned. For those of you who loved the old ‘Winters Run’ strike, the Archon priest is back and features a new Taken form. Again this strike offers a little more variety to the strike playlist and offers unique rewards, it’s just as good, if not better than before.

In terms of gear to collect on your quest through the April update, faction packages now offer a new set of gear featuring Destiny’s new ‘Chroma’ feature, adding a coloured glow to selected new armour and weapons. This is a great customization feature for any Destiny player, adding to how unique your guardian can look and feeling cool in the process. As for other new armour, Destiny has incorporated ‘treasure boxes’, which can be earned or bought for real money on your console’s marketplace. In these boxes are the chance to collect and show off new armour sets, including full Taken gear. In summary, the April update is a well-rounded addition to Destiny, and for a free update, Bungie has certainly given back to the community. It is certainly easier to obtain high-value loot and with Bungie’s new ‘smartloot’ system, the values are much more rewarding. This is great news if you are a solo Destiny player, with more pathways available to reach maximum level light outside of non matchmaking activities. Overall offering a broader experience for all players of Destiny.

Considering all this, there are a few drawbacks to take away, while there is new content, there are questions over its lifespan, will Destiny simply die out again on the lead up to the new DLC? Only time will tell. Also the fact that treasure boxes can be bought with real money bothers the community, with people essentially paying to get the coolest armour being seen as slightly unfair to those less willing to spend.

Aside from those smaller drawbacks, the spring update is a great free addition to Destiny and with all that being said, have fun on the grind and let us know what you think!