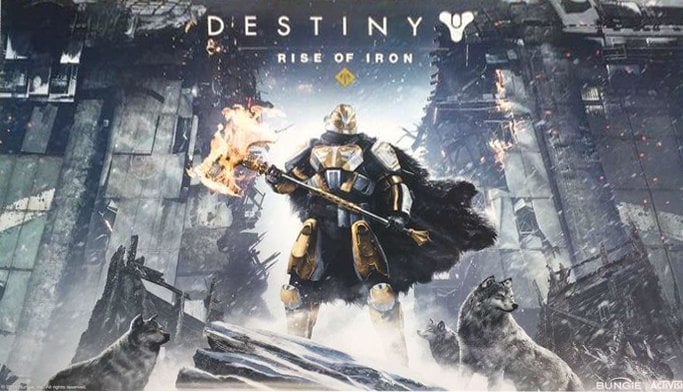 Destiny‘s fans have taken to correcting some of the shortcomings of the game’s developer, Bungie.  Whether it be creating spaces for players to create groups to game together, inventory management tools, or even trackers for all of the hidden items in game, the Destiny fan effort may even rival the developers.  Maybe that’s a bit of an exaggeration, but the fact that some fans make a living creating tools for and content centered around Destiny is nothing shy of mind blowing.  And now, fans may have inadvertently resolved all of the game’s notorious narrative problems, paving a path for Bungie which could simultaneously correct the story missteps of the first Destiny and provide an engaging plot for Destiny 2. 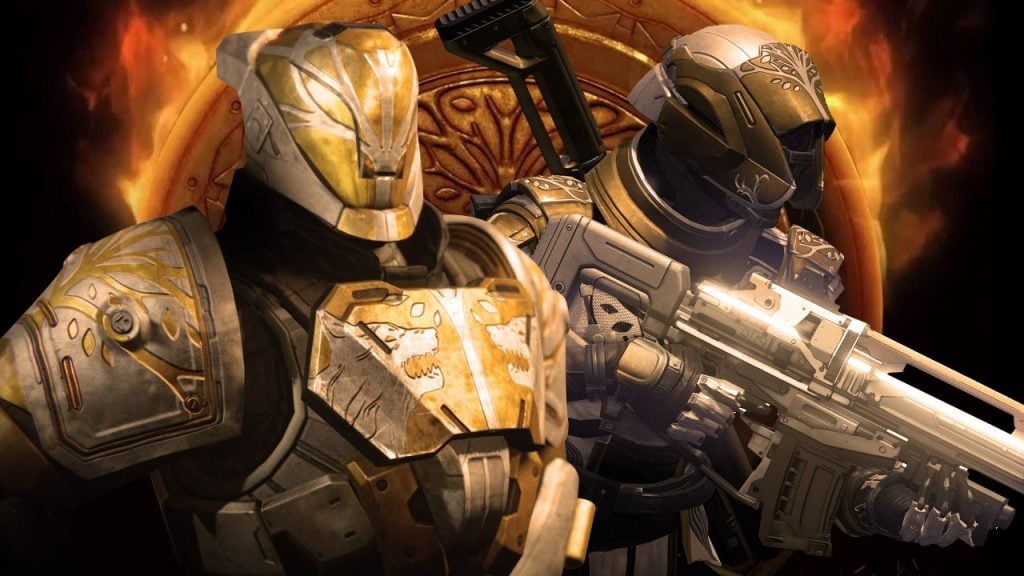 Back on the 20th of last month, a supposed leaked poster revealed the game’s next expansion, Rise of Iron.  Multiple sources were quick to confirm the leaks legitimacy, in particular, Kotaku.  While time has certainly made the expansion seem more authentic, evidence wasn’t necessary to get the hype train rolling.  Unbounded speculation has surged through the Destiny community, a community adept at deciphering information and postulating based on the tiniest slivers of information.  Most of the speculation has circled around the figure in the poster, who appears to be Lord Saladin of Iron Banner fame, and the title of the expansion itself, Rise of Iron, again, more than likely referring to the Iron Banner, a semi-regular PVP event in Destiny.  What’s far more interesting are implications of an expansion oriented around a PVP event held perhaps once a month and what it could mean in terms of story content.  More than likely the DLC will cover the current state of the Iron Banner as a collection of Guardians, not the event, once composed of the Iron Lords, whose names live on in the weapons wielded by players, or the Iron Wolves, thought by many to be the second generation of the Iron Banner.  But this isn’t a speculation piece.  This piece is interested in an aspect of the conjectures being put forth by certain members of the community, namely what if this DLC involved time travel and witnessing the forging of the original Iron Banner?

YouTuber My name is Byf was one of the earliest sources to hypothesize that Rise of Iron might concern itself with time travel, though he concedes that while the idea is enticing, it’s unlikely based on this expansion’s predecessors.  That doesn’t entirely remove the possibility of the DLC being a time travel tale, and perhaps, more importantly, that doesn’t mean that Bungie couldn’t borrow this idea from the community and make it a reality in Destiny 2.  In fact, the more time spent thinking about it, the more the idea seems like it could potentially solve a lot of problems Bungie faced with the first two years of the franchise.

The setup seems relatively simple since there is already time travel elements in Destiny in the form of the enemy type the Vex.  Destiny 2‘s basic premise could easily be about a new or underutilized threat, perhaps the Cabal enemy types since they’ve yet to get a raid, gaining control of Vex technology or aligning with the Vex and seeking to destroy the Guardians at their roots.  To stop the Darkness from blighting the Guardians out of time itself, the Guardians could utilize this same technology to combat their enemies at any point in time at which they arrive.  From there the game could evolve into the player getting to experience many of the critical points in the history of the Guardians, allowing players to investigate the game’s rich lore which has been locked behind outside sources like the Destiny Companion App. 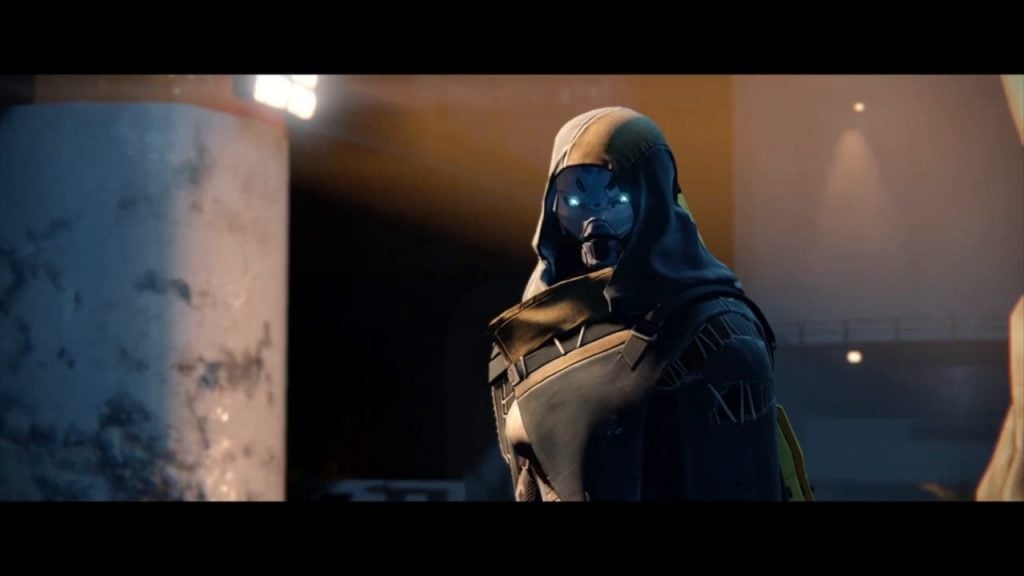 A plot device like time travel would also allow Bungie to pick up some of the narrative threads it left dangling in the first Destiny.  Perhaps time travel could first be made possible through the assistance of the Stranger, a character who seems like they’re going to provide the backbone of the base game’s story before vanishing from it entirely, and whatever force she aligns herself with.  This would certainly give more meaning to the infamous, “I don’t have time to explain why I don’t have time to explain,” line, which even Bungie has made fun of itself for.  Perhaps she could be friends with a Vex Goblin or Minotaur since she’s an Exo and the Vex are also biomechanical beings, and that character could operate much like the character Variks does now as a previously antagonistic species turned to the player’s cause.

More importantly, as mentioned above, a narrative similar to this would allow the game to take players to some of the most exciting times from the game’s background and explore it first hand.  Exposition dumps given when loading into levels inform players of thrilling events like the Battle of Twilight Gap or the Fall of the Hellmouth, yet this epic background narrative and so much of Destiny’s lore is alluded to without any concrete detail.  Consequently, too much of the would be plot and world building feels like background noise to be ignored.  Too much detail is abstract and never witnessed, so essential elements concerning the player’s character and their world never resonate with the audience.  Take the City for instance.  The Tower is the home of the Guardians, surrounded by the City, the last safe haven in the world, preserved only through the defenses of the Guardians, primarily Titans.  But the City is literally only in the background, its inhabitants never saw or felt.  So why should the audience care?  Let the audience see the City, defend its walls and inhabitants in some of the first invasions of the Darkness, demonstrate the life the Guardians have preserved juxtaposed to ravaged sites like Old Russia.  While some elements rightly feel mythical, legendary, and lost to the past, like the first fireteam to challenge Atheon that was lost to time, a lot more of the lore could be grounded in vivid detail to bring the world to life.  Seeing the rise and fall of the initial Iron Banner, seeing the loss of territories such as the Moon and Mars would make their reclamation and rejuvenation that much more impacting.  Letting players travel through time and see and feel some of the history of the Guardians in Destiny 2 could completely redeem the lackluster muddle of a narrative of the game’s beginning. 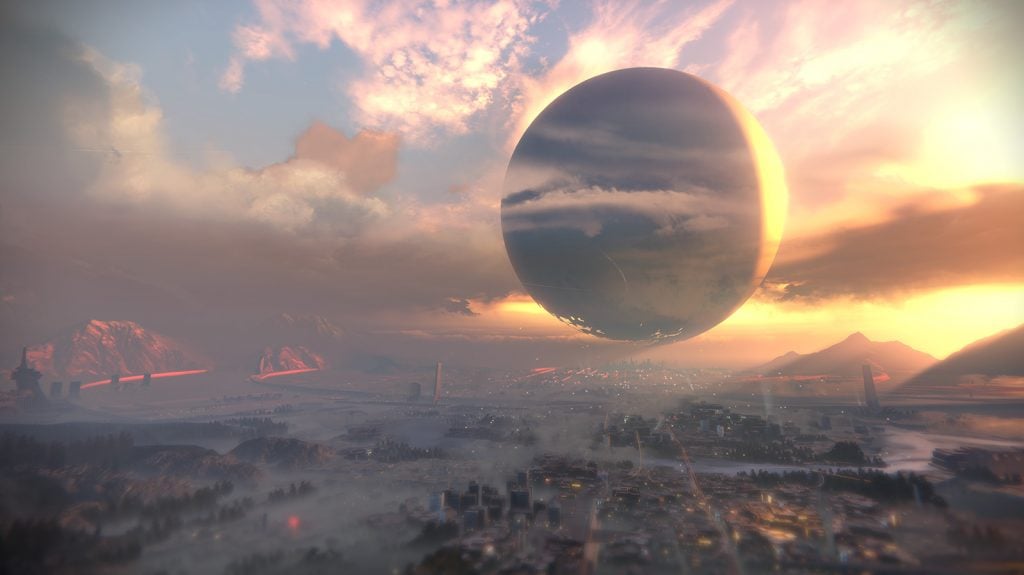 The fan community has done a lot for Bungie and it’s well loved Destiny.  They may have even found a simple solution to ensure the future of the franchise has an engaging narrative while simultaneously cleaning up the mess still prevalent in the game’s original content.  Whether Bungie will utilize this idea, or if they even need to, only time will tell.  In the meantime, Bungie has announced a Twitch Live Stream for June 9 at 10 AM Pacific Time which will reveal the next thing in store for the game’s players, presumably the Rise of Iron.  Or, for a fascinating look at Destiny‘s lore, or and expanded look at how Rise of Iron could utilize time travel, check out My name is Byf’s YouTube channel.  And, of course, check back here on Goomba Stomp this Sunday as my cohost Ryan and I discuss the Destiny stream and much more on the Game Boys Podcast.  ‘Til then, catch you in space.